posted on May, 19 2020 @ 11:29 PM
link
Breaking news out of Florida. Hasn't hit the media yet. An F-35A has crashed on landing at Eglin AFB. The pilot was able to eject and is being treated for minor injuries.

An F-35A Lightning II assigned to the 58th Fighter Squadron crashed upon landing around 9:30 p.m. today at Eglin Air Force Base, Fla. The pilot successfully ejected and was transported to the 96th Medical Group Hospital at Eglin AFB, Fla., for evaluation and monitoring.

The pilot is in stable condition. At the time of the accident, the pilot was participating in a routine night training sortie.
First responders from the 96th Test Wing are on the scene and the site is secured.

The accident is under investigation. There was no loss of life or damage to civilian property. The name of the pilot is not being released this time.

Please contact the 33rd Fighter Wing Public Affairs office at (850) 226-3876 or 33fwpublicaffairs@gmail.com with any questions.

posted on May, 19 2020 @ 11:35 PM
link
I wonder what happened. I do not know enough about that kind of aircraft to know what possibly went wrong.

Nothing yet. It's only been about 3 hours, so still really early.

originally posted by: Zaphod58
a reply to: TDawg61

Nothing yet. It's only been about 3 hours, so still really early.

Thats not the only F-35 that had an issue today. This one declared and emergency but looks like they were able to get to Lemoore NAS safely 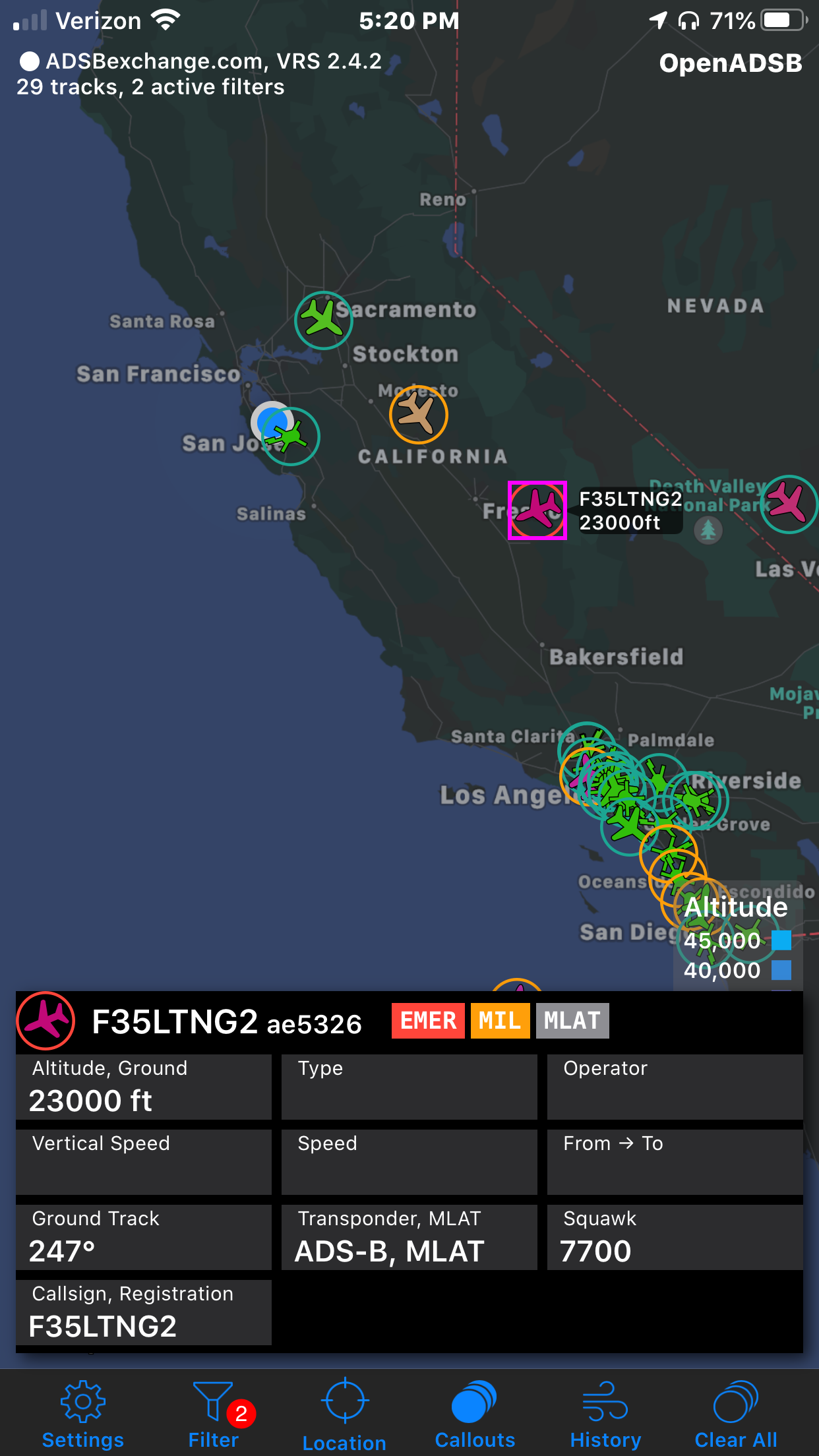 That’s the second one in as many weeks I believe .

Once airborne they rule the sky .

The problem lately seems to be with the whole “airborne” thing . 🤔
edit on 20-5-2020 by Fallingdown because: (no reason given)

There was an F-22 crash at Eglin. This is only the second US F-35 crash, with the first being a B model several years ago.

You’re right I got the two confused .

posted on May, 20 2020 @ 02:04 AM
link
The 58th Fighter Squadron is a pilot and maintainer training squadron. So it most likely was a pilot undergoing transition training.

If the ejection didnt ground him your summary sounds like it might?!
edit on 6 10 2020 by Forensick because: (no reason given)

Although technically he did uncover a flight control system glitch. So there is that.

posted on Oct, 6 2020 @ 02:59 AM
link
I assemble alignment tools for the final assembly of the F-35. STOVL and TOAC equipment. Hearing about any mishaps like this is sad to hear about.

Glad to hear the Pilot is okay.

Guess it helps to check the dates on posts. haha. It's uncommon to discover updates on military incidents like this anyways.
edit on 6-10-2020 by NoCorruptionAllowed because: (no reason given)

I may be reading too much into your post, but my impression is that you think there may be more to this than pilot fatigue. I don't pay attention to incidents like this unless Zaphod/someone else here reports them, but have there been other crashes with this platform that had been attributed to pilot fatigue?

I'm not 100% sure how anybody dealing with fatigue would be getting into the cockpit of a multi-million (at least?) $$$ fighter, particularly during peacetime? Unless this a training segment particularly aimed at testing pilots performance while fatigued.

Perhaps this is a dumb comparison, but indulge me for 1 sec. My wife's new SUV has some technology in it that measures characteristics of her driving performance and will flash a coffee icon on the dashboard (not joking) if it detects she's driving abnormally. Wouldn't such an advanced system have similar diagnostic equipment to assess pilot flight readiness before takeoff (obviously in a jet fighter context the system would need to work before start taxiing down the runway, probably not going to do the pilot or craft any good if it finds the pilot is fatigued 25k feet in the air).

Maybe this is a silly question, but with such advanced system, clearly a very sophisticated helmet that's critical to flying the plane right, I wonder if they have any biometric components/wearables to monitor respiration, pulse, eye movements, there's a lot of ways to measure if a subject is tired/fatigued.

Just seems like in this day&age we'd have some technological means of grounding a pilot if he/she wasn't "ready" on the flight line,......unless what we're intimating here is that "pilot fatigue" is a convenient scapegoat for some other issue.

It all boils down to the pilot (or in the case of the car, the driver) having the final say in whether they think they're too tired as compared to the system thinking that they are. People have a tendency to think they're more fit than they really are, and overestimate their capabilities. The OBOGS system in the F-35 seem to be affecting the pilots more than in other aircraft, and is apparently causing an increase in fatigue in them for some reason. OBOGS itself has been seriously problematical across multiple platforms, and created issues in everything that uses it.

Pilot fatigue can mean a lot of things. Without knowing specifically what type of training was being performed, I wouldn't read too much into that. Since they are training maintainers there as well, what about "maintainer fatigue" or error.

As far as the anti-fatigue systems in cars are concerned, I don't have any faith in them. They are just a gimmick. It used to be that car advertisements were based on the mechanical capabilities of the vehicle, now they are about Bluetooth, navigation systems and other gimmicks.