As most states begin to move forward with measures to reopen their economies following strict lockdowns aimed at slowing the spread of the coronavirus, some governors and big-city mayors are now saying the restrictions will not fully be lifted until a vaccine or treatment for the disease is available — a timeline that could take a year or more.

The leaders' comments indicate Americans could be living with orders restricting personal and economic activity for much longer than many anticipate.

He continued: "Until either a proven vaccine is in our midst or proven therapeutics are widely available, we cannot firmly enter the new normal, which eventually awaits us when life will once again return to all of our workplaces, downtowns and main streets. Most importantly, we will continue to be guided by the principle that public health creates economic health.


Now compare all of this to what Trump says.


U.S. will reopen "vaccine or no vaccine"

Which side of this argument is going to win? Those who want to lock you in your house for the next year and restrict your movements or those who want you to be free and to use common sense.

I live in Ohio and I can tell you at least where I live only like 10% of people wear masks when they are out and business is ramping up because traffic is almost back to pre-lockdown levels.

This is not because the Governor told us too.. He would have us where a mask to bed if it were up to him. This is because people have chosen to do as they wish for their own health and happiness. That 90% not wearing a mask are basically telling the Governor to kiss their ass.

I fear some of these Dem Governors are going to get themselves harmed in the making of this movie. People aren't going to put up with being told how to live on a daily basis for a year. That's my best guess... What is yours?

If these Governors really do close down business for a year or at the very least impede business, how many businesses do they think will be left a year later from no or highly reduced income? Do they not understand economics and the role a healthy economy plays in having healthy people? They have lost their damn minds.

For ages, 0-59 there have been a total of 132 Covid deaths since this started... which roughly equals the total number of traffic deaths in the same period of time. 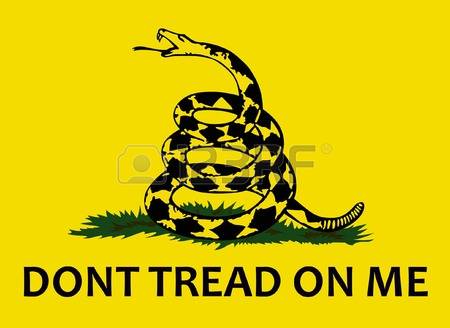 Which side of this argument is going to win?

The one with common sense.

We're all being held hostage to the whims of political hacks.

originally posted by: ketsuko
God save me from the Karens ...

posted on May, 19 2020 @ 04:42 PM
link
I would advocate Trump declaring martial law and use military force to remove these governors and anyone else who is constitutionally invalid with what they are trying to illegally impose upon the citizens.

These state governors doing these expanded and illegal lock downs are in essence doing what the confederate states did when they succeeded from the union and went rogue which prompted the civil war.

The causes are a bit different, but the game is the same. Pure irony that these dem governors are vocally and publicly opposed to any symbols or reference to the confederacy, when they themselves are going rogue and forming their own confederacy.

What state do you live in?

Businesses are opening here too, but everything is a #ing mess because the politicians and the media have managed to scare the living hell out of a good percent of the population.

To your reply "Maybe if you people had stayed home at the beginning of this mess such extreme measures wouldn't be needed"... Well maybe if we didn't manage the country at the level of the least common denominator.. the stupidest, laziest, weakest then maybe we could have not had to have a lockdown at all and wouldn't have had to print $3 trillion more worthless dollars.

Every day older I get the more I become a bigger fan of Darwin!
edit on 19-5-2020 by MRinder because: (no reason given)

Wow ... so now my hypothetical disease from Missouri has floated in the wind clear out to Michigan, California and the other places listed?

She's apparently Kevin's sister and everybody hates them.


No but apparently our country is a majority of idiots that vote for these lunatics and want to be controlled like some little bitches.

Just don't expect anymore Federal money. Somebody still has to go outside and tinker around trying to create their fantasy. They also have to feed them, fix their stopped up toilets and arrest people trying to rob and kill them but go ahead. If this is what it takes for them to accept reality then so be it.

Lol...It's the "can I speak with your manager?" Crowd.
Best term ev-er

posted on May, 19 2020 @ 05:01 PM
link
Mi governess opened the UP good move and a corner of the state where her family has a summer home and where the State Governors summer home is. Where my cabin is the police are done no more harassing people. Good enough for Travers city good enough for northern Michigan

NSW, were only at stage 1 of reopening, pubs, clubs and restaurants can open under strict guidelines, if all goes well I expect things to get back to some sort o f normality by August maybe September we will see.

It seems that your governors are worried their states will go by the way of new York and other areas that have been hit hard, it's a difficult position to be in.

As far locking down goes we will never know if it may have worked in the U.S because too many people just ignored the orders. It is what it is.