posted on May, 19 2020 @ 02:00 AM
link
Brief but interesting clip of a UAP caught during a live news broadcast on 8 May 20 as it flies near the Castillo de Sant'Angelo located in Rome. Nothing conclusive but interesting just the same.

Doing a quick search I found another site that mentions this sighting and the site owner captured an enhanced and cropped version of what was captured on video. 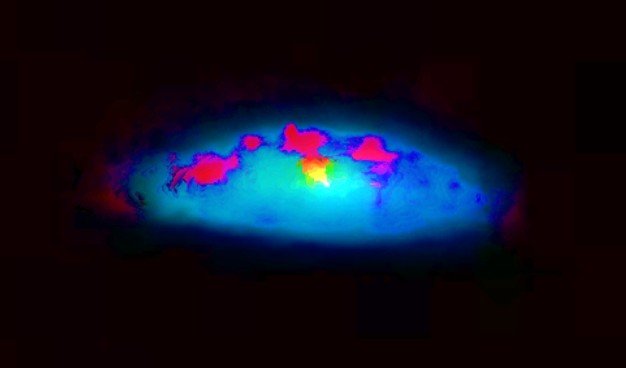 Interestingly this UAP is similar in appearance to this footage of a UAP the Costa Rican Air Force caught sometime back. Not sure of the date


I always get a kick out of attempts to "enhance" an out of focus object in videos and photos. It doesn't matter what "filters" you use, the information isn't there.
edit on 5/19/2020 by Phage because: (no reason given)

posted on May, 19 2020 @ 05:50 AM
link
Bird
nothing to see here
move along
try to educate yourself with known stuff that flys
FBJ

After analysing the video closer, I still think it’s a bird.

It glides in a bird-like manner. It also tilts/wobbles a little (at about the time it's passing the reporter's head) the way a gliding bird often does.

It also tilts/wobbles a little (at about the time it's passing the reporter's head) the way a gliding bird often does.

What is your opinion on the UFO phenomena ?

Just being curious what a "VIP" member like you thinks about the subject.

originally posted by: Phage
a reply to: Case74282

I always get a kick out of attempts to "enhance" an out of focus object in videos and photos. It doesn't matter what "filters" you use, the information isn't there.

What do you mean? You need to be more specific.

posted on May, 19 2020 @ 01:00 PM
link
I am going with a gliding bird just for how out of focus it was, and surely someone else would have captured an image if that were out of focus because it was so large. 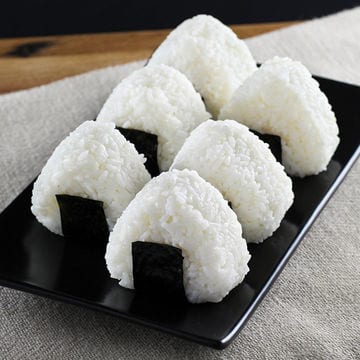 It's a radioactive onigiri obviously.

originally posted by: AutomateThis1
a reply to: Phage

What do you mean? You need to be more specific. I do not want to assume you are implying something so I am asking for you to clarify.

Okay, I'll tap out a lengthy response when I get home from work.

But in the meantime. All the filters that are commonly overlayed on these unidentified videos in an attempt to persuade viewers that it an object hasn't been added in post are actually deceptive.

Do you have photoshop or any type of post editing software? If you do, or know someone who does, add an object into a photo and apply an emboss filter. The added image will be affected. Stripping the color to make it black and white, and inverting an image doesn't prove much either as the image will be affected.

Even showing that an image has little to no pixelation as proof that an object hasn't been added is worthless as you can go and take a photo or video of any ordinary object, and when blown up will show some degree of pixelation. Especially when an image has been processed several times.

Write your name on a piece of paper. Upload it to your computer. Compress it. Upload it to a photo host site. Save it from the host site as a new file. Chances are that it will have gained some "ageing" or pixelation.

Here's a link that shows the embossing effect.
You may be familiar with it as a lot of times the effect is used in ufo videos as an attempt to prove authenticity.

Same with the invert effect.

It doesn't prove anything.

People fake ufo videos as a way to showcase their Adobe skills.


Here's another video that may look very similar to how ufo videos are shown to be "authentic."

What it gets down to is this. A digital image is made with a given number of pixels. These pixels are the only information contained in the image. No way around it.

Manipulating brightness levels can be helpful in accentuating existing details but beyond that any attempt to enlarge or "enhance" the image (other than "enlarging" the original pixels) introduces artificial information (colors, borders). There is no way around this, no matter what "filters" are applied, these techniques make stuff up.

Those who know something about digital photograph know this. Those that don't, don't. But ignorance can create some pretty cool looking stuff even if it has no relationship to reality. "Holy crap! Look at that!" Yeah. Neat.

With video the problem becomes greater because of the amount of image compression inherent in video found on the internet (youtube in particular). This removes information from the original. So you take a reduced amount of information, invent information to "fill in the blanks", and viola, a space ship! Sometimes you can even see the alien piloting it, if you squint.
edit on 5/20/2020 by Phage because: (no reason given)

Phage... What about ENHANCE?


I've seen CSI. I know what we're capable of.

We can read a license plate off the reflection of a screw. It's totally possible to enhance a blurry zoomed out photograph or video, to make out the broccoli in the alien pilot's teeth, for sure.

Being a life long bird hunter and having hunted hundreds of large fowl my first inclination when watching the video was not of a bird but of a drone. There are zero bird like characteristics the object exhibits.

Excluding this particular video as it does not contain much other than a high rate motion blurred object there is substantially more to image enhancement outside of the scope of what you are referencing. Any form of image analysis / enhancement is creating an estimate of the desired result. It is not manipulation of an object to create an entirely different object. I.E. Turning a blurred picture of a turtle into a cleaned picture revealing a beach ball.

The purpose of image enhancement is to remove noise, sharpen, or brighten an image, making it easier to identify key features. Not convert the original image into something it is not. That scenario rests with the individual performing the image enhancement if their intent is to deceive. You are incorrect that image enhancement adds data that did not previously exist. This is due to the simple fact that pixels containing actual data cannot be added to the image. If the data was not there to begin with, it is impossible to add it after the fact. The algorithms that software like Photoshop use will interpolate existing data to enlarge an image and make it seem like it has higher resolution, but no new data is revealed.

To see finer detail in an image, a higher resolution camera must be used.

Here is an example of an image cleaned up after applying a Wiener filter. Using the below as an example the first picture is very blurry and holds no detail. The cleaned version shows the detail. The Wiener filter did not alter the original image to any degree to where the viewer sees an entirely different result.


It is not manipulation of an object to create an entirely different object. I.E. Turning a blurred picture of a turtle into a cleaned picture revealing a beach ball.

The algorithms that software like Photoshop use will interpolate existing data to enlarge an image and make it seem like it has higher resolution, but no new data is revealed.

That's what I said.

Here is an example of an image cleaned up after applying a Wiener filter.


Typical deterministic filters are designed for a desired frequency response. However, the design of the Wiener filter takes a different approach. One is assumed to have knowledge of the spectral properties of the original signal and the noise, and one seeks the linear time-invariant filter whose output would come as close to the original signal as possible. Wiener filters are characterized by the following:[1]

Assumption: signal and (additive) noise are stationary linear stochastic processes with known spectral characteristics or known autocorrelation and cross-correlation
Requirement: the filter must be physically realizable/causal (this requirement can be dropped, resulting in a non-causal solution)
Performance criterion: minimum mean-square error (MMSE)


So, a sophisticated algorithm can fix it if there is some sort of analyzable pattern to the distortion. The image you used for an example for example, was intentionally blurred before being "fixed." I suppose the results would be limited under a more "natural" situation, hit or miss. 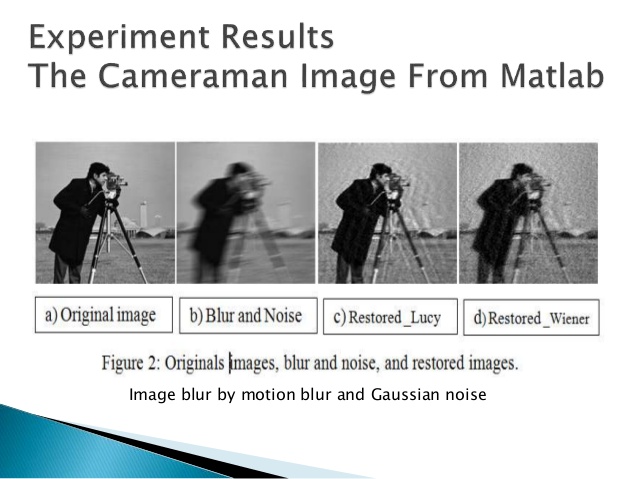 
Tell me, what did you find "interesting" about the video in your OP? And why did you bother with the "enhanced" shots, knowing how bogus they are?

I think it displays quite birdlike characteristics.

Went from a blurry little light to a fully fledged flying saucer with aliens in the window.

If the embedded link doesn’t work you can view in all it’s wonderful glory here:

posted on May, 20 2020 @ 03:41 PM
link
a reply to: Phage
You seem to get fairly worked up when someone corrects you. I do not intend you to get so worked up. Engaged discourse is and should be beneficial to both parties unless the intent of one side is based upon bolstering their self esteem.

That is why I asked for prior clarification as one can certainly surmise you are insinuating intentional manipulation for a specific result. I corrected your novice attempt at understanding the nuances with regards to image enhancement.

As I previously mentioned I have hunted birds my entire life. There is absolutely nothing in the video you can ascribe bird like features or characteristics to other than the fact it is "flying" through the air. I can tell you with complete confidence that object is not a bird.

What I find interesting about the video is the movement of the object. It could potentially be an internally lit drone flown by some individual nearby seeking to spoof the live network news coverage. This was my first thought when I ran across the video. A quick search revealed an individual who had run some basic image enhancement which triggered a memory recall to a movie I had watched recently where a similar shaped object had been referenced so I posted that image as well.

You should know this and I will give you the benefit of the doubt as it is not difficult to connect the dots. My initial post is simplistic and straight forward. Your disingenuous request to know what I find interesting is not lost on me. I would speculate your question is about an emotional desire to further debate an erroneous point in order to bolster your self esteem.