Mueller only testified as what was in the report, which was slews of evidence of "collusions". History is hear when one has the memory of a gold fish.

posted on May, 19 2020 @ 01:09 PM
link
a reply to: Sookiechacha
Does
"The investigation did not establish that members of the trump campaign conspired with the rusdian government in its election interference activities "
Ring any bells?
It is muellers direct quote.

Lol
What history are you on about?

So now you're going to move the goal posts from collusion to conspiracy? You guys need to get your stories straight!

Why don't you want Congress to see the Grand Jury transcripts? More importantly, why doesn't Trump?

posted on May, 19 2020 @ 01:36 PM
link
a reply to: Sookiechacha
Your history is off
Read mullers testimony about your "collusion"

Shall I quote again?
"We did not address COLLUSION, which is not a legal term; rather we focused on whether the evidence was sufficient to charge any member of the campaign with taking part in a criminal conspiracy, and THERE WAS NOT."

muller moved your post, your ignorance of such inspires much levity

a reply to: Meniscus


What I'm surprised about is that after the Special Counsels Office found no evidence of collusion.


As the report takes pains to point out, “collusion” has no legal definition and is not a federal crime. So while the report did not establish conspiracy or coordination, it does not make a determination on “collusion” — and in fact, it strongly suggests that there was at least an attempt to collude by Trump’s campaign and agents of the Russian government.

The fact that it did not rise to the level of criminal activity does not mean it was not a serious breach of trust and a damning indictment of the president’s commitment to the health of the American legal and political system. The section of the report focusing on Russian interference in the election is not an exoneration of Trump’s innocence. It’s a devastating portrayal of his approach to politics.

Why don't you, and Trump, want Congress to see the Grand Jury transcripts, that the Democrats are asking for?

I quoted mueller
His words are good with me

Jesus, you really haven't a clue at all.

Why don't you and Trump want Congress to see the Grand Jury transcripts, that the Democrats are fighting for in front of the Supreme Court?

originally posted by: vonclod
I wish they would give it a rest, and put up a strong candidate


originally posted by: vonclod
I wish they would give it a rest, and put up a strong candidate

Ya, it's possible, would be another mistake on their part.

How do you guys get "no collusion" from that?

1. Trump was receptive to a Campaign national security adviser’s (George Papadopoulos) pursuit of a back channel to Putin.

2. Kremlin operatives provided the Campaign a preview of the Russian plan to distribute stolen emails.

4. The Trump Campaign chairman periodically shared internal polling data with the Russian spy with the expectation it would be shared with Putin-linked oligarch, Oleg Deripaska.

5. Trump Campaign chairman Manafort expected Trump’s winning the presidency would mean Deripaska would want to use Manafort to advance Deripaska’s interests in the United States and elsewhere.

6. Trump Tower meeting: (1) On receiving an email offering derogatory information on Clinton coming from a Russian government official, Donald Trump Jr. “appears to have accepted that offer;” (2) members of the Campaign discussed the Trump Tower meeting beforehand; (3) Donald Trump Jr. told the Russians during the meeting that Trump could revisit the issue of the Magnitsky Act if elected.

7. A Trump Campaign official told the Special Counsel he “felt obliged to object” to a GOP Platform change on Ukraine because it contradicted Trump’s wishes; however, the investigation did not establish that Gordon was directed by Trump.

9. Trump requested campaign affiliates to get Clinton’s emails, which resulted in an individual apparently acting in coordination with the Campaign claiming to have successfully contacted Russian hackers.

10. The Trump Campaign—and Trump personally—appeared to have advanced knowledge of future WikiLeaks releases.

13. During the presidential transition, Jared Kushner and Eric Prince engaged in secret back channel communications with Russian agents. (1) Kushner suggested to the Russian Ambassador that they use a secure communication line from within the Russian Embassy to speak with Russian Generals; and (2) Prince and Kushner’s friend Rick Gerson conducted secret back channel meetings with a Putin agent to develop a plan for U.S.-Russian relations.

14. During the presidential transition, in coordination with other members of the Transition Team, Michael Flynn spoke with the Russian Ambassador to prevent a tit for tat Russian response to the Obama administration’s imposition of sanctions for election interference; the Russians agreed not to retaliate saying they wanted a good relationship with the incoming administration.

I think they would call it an "insurance policy"

Since he appears to be the only person running against Trump, I would guess so, at this point. But, anything could happen. If Trump died, or dropped out, or got impeached, I might vote for a Republican.

Honestly, I rather have a Republican right now, in these times of chaos, than a Democrat. But not just any Republican, and honest and compassionate conservative Republicans seem to be a dying species. If it was between Biden and John Kasich, for example, I'd vote for Kasich.

With the current racist perv they hand selected, I'd say it's a safe bet. 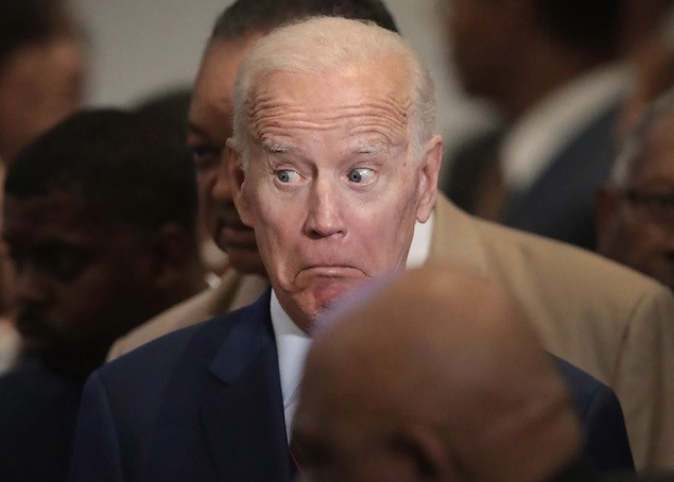 I bet you were as giddy as a school boy upon hearing this.