posted on May, 14 2020 @ 05:14 PM
link
The Pentagon has just recently officially released those UFO incident videosthat have taken the world of those who want to believe by storm.
Here are new reports detailing those sightings, or at least the parts they'll let us see...

The Pentagon has released new information about a series of fascinating encounters between US Navy pilots and unidentified flying objects.

The “hazard reports” include details about the size and shape of the “unidentified aerial phenomena.”

“The unknown aircraft appeared to be small in size, approximately the size of a suitcase, and silver in color,” reads a report describing a 2014 incident. At the time, the Navy aircraft “passed within 1000 [feet] of the object, but was unable to positively determine the identity of the aircraft.”
FuturismBusiness InsiderCNN


...the eight hazard reports, all of which are marked "Unclassified" and "For Official Use Only," via a Freedom of Information Act (FOIA) request to the Naval Safety Center. Seven of them involve F/A-18E/F Super Hornets and occurred at various times between 2013 and 2014 in a patch of airspace off the coast of Virginia and North Carolina known as the W-72 warning area. The eighth incidents took place in 2019 and involved an EA-18G Growler flying in a different portion of the Atlantic Ocean off the coast of Maryland called the W-386 warning area.
TheDrive


Disclosure or propaganda?
Or perhaps... both?
THIS PAGE has all the info laid out rather nicely
And CNN has the reports you can read yourself here 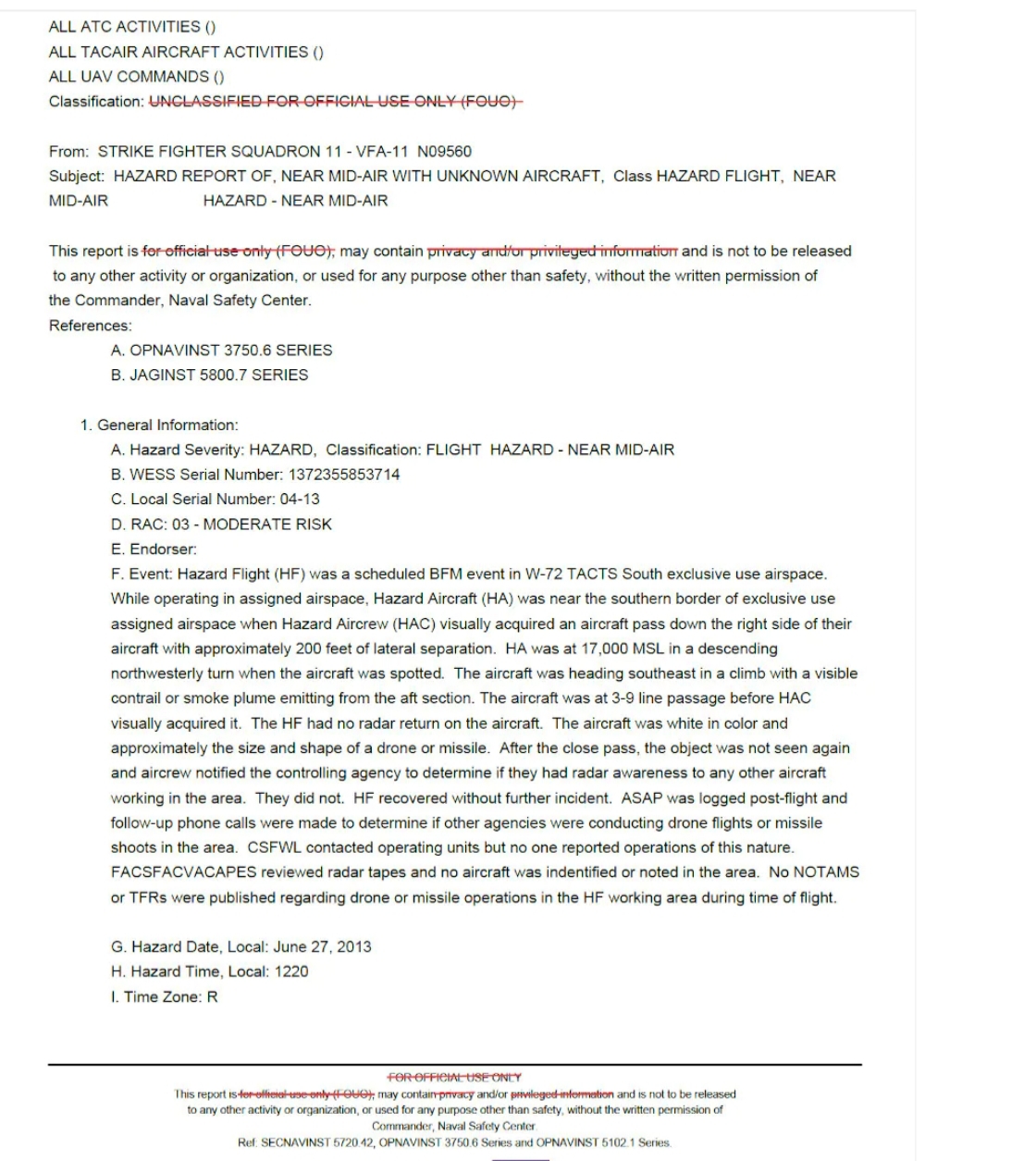 edit on 14-5-2020 by TheAlleghenyGentleman because: (no reason given)