Gretchen Whitmer needs to be forcefully removed from office

what's that you say? an anonymous individual with unknown credentials and no proof is out there on a social media page known for fabrications making claims that would serve to deepen the partisan divide in society? There couldn't possibly be any reason for that in a time when many people are reaching football hooligan levels of devotion to their chosen team, could there?
Golly, i guess we better take this completely unknown individual at their word and use that to strengthen our hatred of the Other Side who are clearly actually demons masquerading as humans, this isn't playing into anyone's hands at all no sir


Of course the alternative is to allow nanny staters like Whittmer to arrest people just trying to stay alive by working and force them to survive on a government check, and to keep an entire state in total lockdown. Is it really worth the numbers of people who are and will be suffering from the downturn of the economy and ruination of their businesses and livelihoods? Is it???? Is it worth the suicides and the health issues resulting from being cooped up inside, or the effects of long-term wearing of masks(hypoxia) ? Do you also support the forced vaccination of an entire global population with a vaccine which may not be efficacious after all? Do you think governments should be allowed to force people to take these toxins into their bodies?
I will also ask you if you really believe these governors are doing this all just to keep people safe and secure? If so, why don't they care about the depression, suicide, and loss of livelihood from this shutdown? Why don't they care about causing depression and or long term recession?
I think these are reasonable questions. Does this virus really warrant it? Why wasn't there a shutdown during the Ebola scare a few years ago? Surely hemorrhagic fever is a much scarier disease? Do you believe this virus warrants the inflation which will be caused by flooding more fiat money into the economy? Do you think they are going to stop there in their newfound tyrannical powers?

Given the fire power I've seen, sounds like that'd be a pretty silly mistake on the reactionary's part.

This is pretty telling....

The state originally anticipated 220,000 hospitalizations as a result of the Wuhan coronavirus. As of April 27th, that number sat at 3,000, making it less than 1.4 percent of the projected hospitalizations. Michigan is prepared should any additional cases come forward, with over 2,400 ventilators available, almost 1,000 ICU beds and more than 7,000 unoccupied hospital beds.

I'm betting if you did an audit on the actual people in Michigan who have DIED from Covid, they would also be much lower than what is being reported....

And in the meantime, people are dying and getting sick from other illnesses whose treatments are bottlenecked because of her bogus power trip.

posted on May, 27 2020 @ 09:48 AM
link
Overrun her office, drag her ass out onto the street and hang her at the nearest light pole. Problem solved.

While on the subject, do this with all politicians, ban politics and hold individuals responsible instead of a political party and things will change over night after house and senate are hanging from light poles.... ALL OF THEM.

Then start on individual states.... Next thing you know ..... we have peace.

No need to hang her. Just get the barbers she tried to screw over to shave her bald.

originally posted by: burdman30ott6
The Tree of Liberty must be refreshed from time to time with the blood of patriots and tyrants.
Been awhile since that tree was last fertilized...

The very fact we've tolerated as much as we have is more than enough evidence of our collective restraint.

Its past time to take those gloves off and get this show on the road. Patriots are realizing we'll never be better positioned than we are. Enough Americans have woken up to reality as evidenced by the fact you can't find guns on the shelves.

I've been trying to buy my monthly gun (a glock, specifically, model 19 in FDE) and haven't been able to get it anywhere. 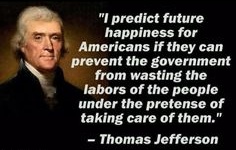 Future is what we make of it.

originally posted by: JBurns
Its past time to take those gloves off and get this show on the road.


Sure. You do that. Lemme know how it turns out. 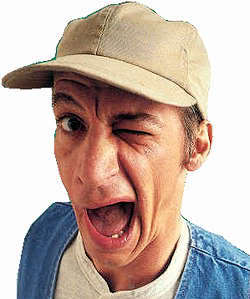 didn't take y'all long to go from all this fiery tree of liberty/blood of patriots, drag the leaders into the streets and beat their heads in type talk to claiming it's fine for cops to shoot you on your patios for daring to exist and that we should all be begging for more boots to lick...

Nope stand by my statements on both issues, she needs to especially after attacking the peaceful protestors and calling the people burning down buildings peaceful.

And it is dumb to bow up to cops when they have armored vehicles and riot cops.

posted on Jun, 2 2020 @ 03:13 PM
link
We Should Thank the Rioters for Exposing Lockdowns as Purely Political

The hideous Gretchen Whitmer, the hideous Democrat governor of Michigan, spent weeks gleefully punishing her own constituents for the sins of going to church, buying garden seeds, getting a haircut, and holding house parties… Anyone who dared ignore Gretchen’s Kafka-esque outlawing of the very things that make life worth living, were harassed, fined, arrested, and basically terrorized by the State — all in the name of the threat of the coronavirus.

I know there are some Dems out there who will argue this point because the source is a Breitbart editor.... But the point is valid whether they like it or not. You can't social distance when you are rioting. You can't social distance when you are breaking into stores and looting with dozens of other people. So honestly, lockdowns in every state should be automatically lifted under the circumstances because mayors, governors, etc have lost the high ground (if they ever had it, which is debatable) to say people can't go on with their lives in a normal pre-pandemic fashion.


originally posted by: burdman30ott6
The Tree of Liberty must be refreshed from time to time with the blood of patriots and tyrants.
Been awhile since that tree was last fertilized...

Huh? I sleep in the nude, man. No pajamas here.

posted on Jun, 2 2020 @ 09:34 PM
link
There's a difference between burning down government buildings and burning down stores and homes and assaulting your fellow citizen.

I support one and not the others.

FINALLY! What I find interesting is how many attempts it took to get the language approved.....

ETA - This petition needs 1 Million signatures in the next 60 days
edit on 9-6-2020 by CIAGypsy because: (no reason given)