So how Are the Democrats going to run Joe Biden for President ?

So the most obvious question is will the Democrats tap Michelle Obama for a Mid-term Presidential run , My Opinion is no way no how would I waste her on a Mid-term run but hey I mean they could always run her now and in 2024 depending on the out come.

I'm not sure who they could run out side Joe or MIchelle , Maybe Alexandria ocasio-cortez .. thats a joke I'm just joking .

It is not just the recent Sexual allegations against Joe Biden or anything else they could dig up about his past which I'm sure there is plenty . It is a question of his Mental ability , I was reading an article the other day and for the life of me I can't find it, but it stated that old Joe had to Practice and Prepare for 30minutes to conduct a 2 minute interview . How is this man going to get on stage with Trump in November, if he really goes out there on that stage and just flat out tries a one on one debate he will be eviscerated eos.

They have to run someone else , though truthfully I don't think they set high hopes on actually winning.
edit on 8-5-2020 by asabuvsobelow because: mis spell / Grammar fix

Andrew Cuomo looks to be very popular with Dems.

It's looking more and more un-likely that Old Joe is going to be able to bring it home for the Democrats .

And that's a problem why ?

With mail in voting.

The next election is going to be rigged bigger than the last one was. 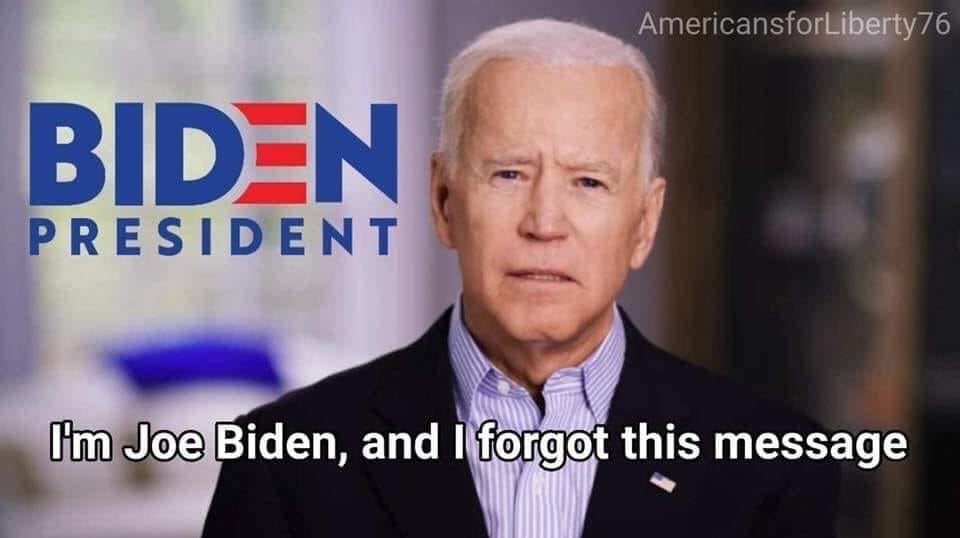 The Dems and the Reps???

I really think you people have 0 clue but keep beating your chests and making yourselves look dumb by preaching the D and the R.

Seriously even his advisors(handlers) started making him cover those barbelled man udders up..

It's definitely looking more and more like a brokered convention is in the making... whether they want it or not!

I'm not counting Michelle out yet. I expect she will "persuaded" at the 11th hour to step in to save the party... and the country... and the whole world donchaknow! But most of all her husband as his dirty deeds continue to come to light.

Who would be her VP is the only question I'm still pondering....

I don't believe there will be a truly open convention, though they might pretend so to promote interest.

a handful of Obama and Clinton people will choose someone and make it so. Cuomo is a definite possibility.

To the OP, what does it really matter at this point?

A big bunch of people will vote a straight "D" ticket no matter what.

With mail-in voting in the bag (pun intended), it's going to be a lot different from other Presidential races, where dead people, illegals and ballot harvesting gained the Democrats a 6-7% lead in some states no matter what.

It will be more like 10% now in more states.

So it doesn't matter if they run a dementia-riddled rapist racist.

They still will get the win.

Andrew Cuomo looks to be very popular with Dems.

Can you enlarge on that? I see him as middle of the road, pragmatic, and accommodating across politics, should that be the case.

That's difficult, for any 'political party'...so yeah, go for it... and two thumbs up.

The Dems and the Reps???

I really think you people have 0 clue but keep beating your chests and making yourselves look dumb by preaching the D and the R.


Do you care to elaborate ?

If your insinuating there is no R's or D's , then your quite right the system is all for show .

Since the military uses mail in ballots and they generally vote for Republicans, mail in voting must be rigged in favor of Republicans.

I do not know a single person who voted for Biden in the primary, yet he won by a huge margin in my state.

I feel like democrats are running the worst candidate they could find.

Regardless who wins in November, the losing side will cry foul.


It's looking more and more un-likely that Old Joe is going to be able to bring it home for the Democrats .

And that's a problem why ?

With mail in voting.

The next election is going to be rigged bigger than the last one was.

Because if there is five people alive who have ZERO chance at defeating Trump it’s Cuomo, Sanders, Michael Obama, Hilary and the rapist, Joe Biden

Without MASSIVE voter fraud, the dEms have no chance at all
edit on 8 5 2020 by Breakthestreak because: (no reason given)

You don't understand.
The dems know they can't beat trump so they are just going to run the old guard and make fools of them in a beat down clearing the way for young blood in 2024.

Think about it.
Who is the gop going to run in 2024?
The dems have 4 years to polish their turd of choice.

posted on May, 8 2020 @ 09:52 PM
link
Biden and the Democrats are absolutely vile.. I've noticed that the Democrats have gone quiet of late... If the Dems rig the ballot enough to win, is a civil war going to be a real reality in the USA?

I dread to think what they will be capable of once in power.

What makes you think the Democratic leadership wants a winning candidate?

They are just as rich and entitled and elite as Donald Trump and the Republicans. So they not only get to benefit from Trump shoving money into the pockets of the super-rich but they also get to publicly stand against him and increase their power and notoriety.

It’s a win win if you’re a top Democratic politician.

Doesn’t it seem strange to anyone that these same people who have all the money in the world to spend on political strategists and information continually put up a losing candidate? And I’m not talking about a popular candidate that by chance loses. I’m talking about people like Hillary and Biden who are sinking ships right out of the gate.

All of this is by design. There’s too much money floating around for it not to be.

Doesn’t it seem strange to anyone that these same people who have all the money in the world to spend on political strategists and information continually put up a losing candidate? And I’m not talking about a popular candidate that by chance loses. I’m talking about people like Hillary and Biden who are sinking ships right out of the gate.


It doesn't seem strange at all once you realize that they are surrounded by people who live in the same echo chamber you do.

Winning by a landslide.

Biden has this one locked.

He will win by a landslide, according to MSNBSCNN.

All this shows is how incredibly out of touch the left is now in America.

Republicans in America took the time to vote in a "FU Establishment" type person.

Why can't Democrats do the same?

I mean, y'all have tried for 8 years with Saunders but that doesn't seem to work because he just doesn't resonate with the majority of America.

Perhaps once again they are so out of touch with the average American that they just can't win a general election?

Isn't THAT the actual problem?

This fall, when you vote for the person that the DNC has chosen for you, think about that.