The new view for Joe Biden ...

posted on May, 8 2020 @ 03:46 PM
link
With all the crap coming out about ol' Unka Joe and his groping, the actual legal documents and even some of the folks at MSNBC being not-so-nice to him, I think we're seeing things work out just like they planned. The speed with which the Democratic primaries became null nearly made my head spin. That was done on purpose. Last election cycle, they at least kind of held up a sham of a process; this time they threw it to the wind. They figure people are too stupid and/or apathetic to figure it out and it looks like they are right.

I really thought that they'd work to get him elected with a stellar Manchurian candidate VP pick, then either push him out of the picture after inauguration or just set up a shadow gov't like they did with GW Bush. I'm starting to think that they really do plan on torpedoing his run before the election and then saying, "Oops! Too late to run another primary. Here's your only choice for a candidate." I suspected that might have been the plan all along but it just seemed a little too bold. Then, again, these people are bats**t crazy.

I have a feeling that this is about to be the view for ol' Joe Biden ... 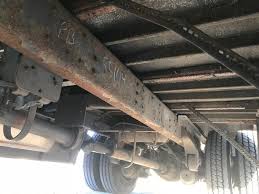 By the way, she's my girlfriends cousin, been to her place in Wasilla for BBQ's several times.

But the Democrats ought to save their money, plus it's going to be a bear of a next four years no matter who gets it. Heck, Trump may say he's had enough and go enjoy some time with family and white sands

Bumped for sincerity and The View. I'm confident that
Joe scrapin' the GMC pumpkin with his spine has got to
beat fifteen minutes with Joy Behar, though. That latter
makes getting my lower jaw ripped off by an antique
Caddy rim and a tow chain /hook look pretty good--
remembering Fury Road lol.

...But WHAT happens to Bernie with all his delegates?

originally posted by: WUNK22
How about setting a brother up!! Lola reply to: Plotus

I can see that. Tossing him under the bus and throwing a candidate up there who hasn't been vetted yet. As most are corrupt, they'll toss up a (wo)man after it's too late to look into their background. That's how slimy the left is.

posted on May, 8 2020 @ 04:24 PM
link
I still think that after dumping old, white, Joe...the DNC will still have old, white Bernie to contend with.
Bernie is the current runner-up to the Democrat nomination.

posted on May, 8 2020 @ 04:52 PM
link
Hillary will swoop in, park her broom, and save the day.
Losing to Trump twice would make such an amazing book tour.
"WTF happened again?" being the title.

originally posted by: Breakthestreak
If they run bernie, or biden (the rapist), or michael obama, or Hilary or cuomo.....

Hussein's squeeze is, honestly, the one I see as being their best hope. It's black. It at least identifies as a woman. It's liberal. And people will cast a vote just based on those aspects. And when it they when and the obvious election fraud is called out, then it'll just be because the conservatives don't like females (or those who identify as females) and minorities, driving a deeper wedge into the nation's already deep socio-political divide.

Remember, we're not talking about a group that wants to win an election and serve a country. We're talking about something sinister and dark.
:
edit on 2020 5 08 by incoserv because: I could.

Nope, would never vote for that ditzy twat. She was just the early republican version of Cortez.

Agree with every word

But their nefarious plans aren’t working during this timeline

The sinister and dark agenda will still go ahead as they’ve planned. It’s just been knocked of course for the time being due to their own incompetence.

Their brain dead supporters know not what they do

I'd watch for Liz Warren. It will be last minute.

The Democrats know that Hillary is far too toxic. Michelle Obama will probably accompany her husband, to a non-extradition country.

Should Joe take President Trump up on the offer?

Let this man go. Biden. He is old and fragile. Also known as: Yesterday's news.

I don't agree with all of Donald Trump's politics either, but at least he is stronger and he knows how to lead a nation.

Oh no i need to edit: i did not mean "let go" regarding the sexual offences. If they are true, let him fall. But what i did mean, is let him off the hook. This joke got old really fast. And after being funny for a short while, it just got sad. Biden is senile.

edit on 9-5-2020 by Finspiracy because: clarifying

originally posted by: IAMTAT
I still think that after dumping old, white, Joe...the DNC will still have old, white Bernie to contend with.
Bernie is the current runner-up to the Democrat nomination.

Bernie was never intended to be run and he is aware of that. Bernie winning and having to go after the big corps ,creating anti friendly regulations against big corp oligarchs, and doing the opposite that lobbyiest want is not their cards. Bernie was to only get the young and idealistic votes.

If bernie wins and doesnt deliver which he wont since that is not their goal including bernies goal, the democrat party and the rigged system will be exposed . He has to strong of a following that care more about the message than the party hence it backfired last time and his supporters didn't back up hillary. Which is also why joe was chosen as the decoy this time.

They are arrogant and will want hillary because they can, despite being the worst candidate possible .

I also think that might have been what Obama meant when he told joe you dont have to do this. Its pretty evident obama is not a fan of hillary and he was likely telling joe that he doesn't have to put himself out there to take the brunt of the political abuse for hillary to have her get inserted in the end.
edit on 40531America/ChicagoSat, 09 May 2020 09:40:15 -0500000000p3142 by interupt42 because: (no reason given)