Sailors of ATS, a question...

posted on May, 7 2020 @ 07:39 PM
link
Hey guys... sitting in quarantine, thinking about my postponed travel plans. Before all this, I'd made an offer on a small live-aboard sailboat, with just enough displacement to handle blue water/ocean crossings safely. I'm still hoping to sail out next Fall, God willing. Initially, I want to travel down the east coast of America, then make the Panama crossing and keep heading south along the Western coast of South America. I haven't given much thought to my travel plans after this, however...

So, my question: if you could sail anywhere in search of high strangeness and interesting phenomenon, where would you go first? The only caveat is that destinations have to be accessible by sea, but otherwise it could be anywhere in the world. Thanks, I appreciate any interesting suggestions.

posted on May, 7 2020 @ 07:42 PM
link
(Oh, also, nowhere too close to the poles... I'd love to check out all the weirdness down in Antarctica, but I definitely can't afford a fully crewed icebreaker.)

John Steinbeck went on a research tour there many years ago and wrote a book about it.

posted on May, 7 2020 @ 08:11 PM
link
There's a lot of small and seldom visited islands in Indonesia. Somewhere near Komodo.
I'd like to go check out some real head hunters. Get into some cannibal stuff.
Basically, anything tropical, inaccessible and dangerous, I'd like to try and visit. 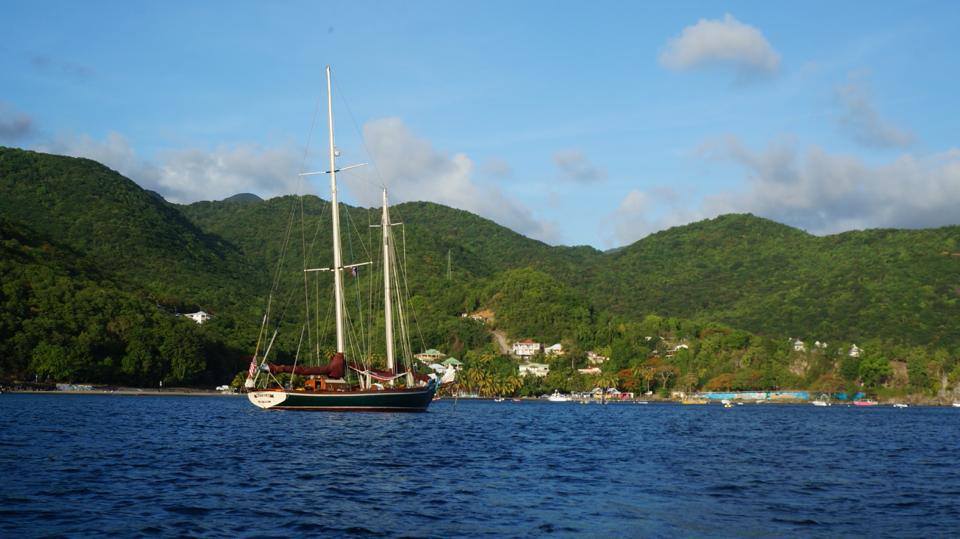 The decks were teak (they have covered them with something now), and the cabin bunks were mahogany with red velvet, and a velvet curtain 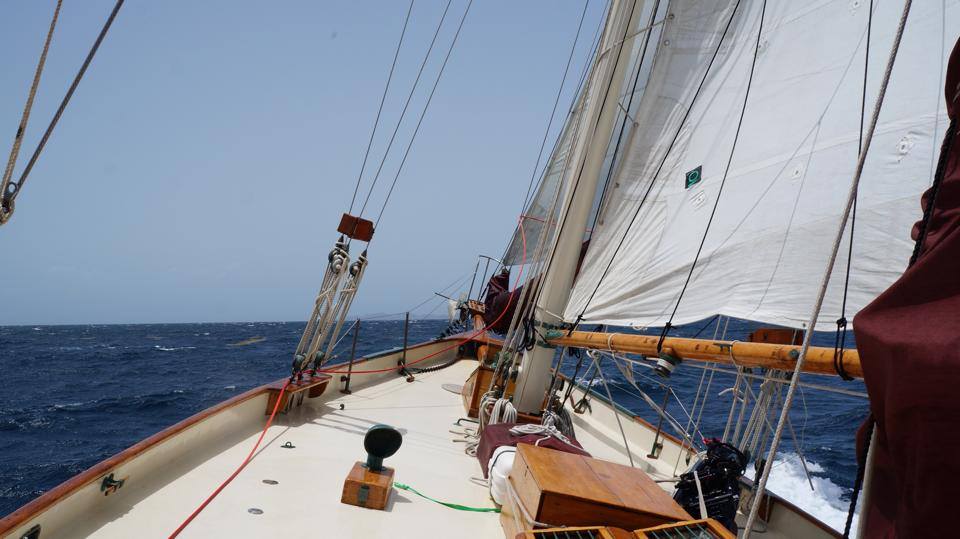 Have you thought about seeing Mogadishu Somalia?

I went through it while in the Navy.

Although, a megalodon might not be what one wants to see near their boat...

originally posted by: EmmanuelGoldstein
There's a lot of small and seldom visited islands in Indonesia. Somewhere near Komodo.
I'd like to go check out some real head hunters. Get into some cannibal stuff.
Basically, anything tropical, inaccessible and dangerous, I'd like to try and visit.

Somewhere safe is pretty important, somewhere close with a lot of stops and chartered waters and no pirates. Sailing distances can be very boring, very boring.

I'm definitely considering it, as part of my initial trip. I don't expect to find much there other than possibly EM or radio anomalies, but who knows...worth a look, and it's on my way. I'll have to make sure I kit out my boat with sufficient equipment to make useful observations, so that could be a good hypothetical investigation to build an equipment checklist from, if nothing else. Thanks for pointing it out.

Lol yeah, no worries, I know better than to pay the Somalian pirates a visit, though safety isn't a major concern. I'm willing to check out places that may be moderately unsafe, though not war zones, if something interesting warrants it.

That is extremely interesting, though. Worth looking into. Thanks.

I'm semi-retired at the ripe old age of 39, and for some reason I'm convinced that life at sea should be my next challenge. I'm definitely looking forward to it.

Yeah, that's definitely an interesting destination. A Pacific crossing, to get there, is something I might need more experience before attempting, however.

Definitely not ruling it out for later, though. There are also a lot of islands out in the Pacific with pretty interesting histories, some of which suggest migrations that contradict the current historical academic consensus, so that's on my radar. Pretty sure there were some cannibals out that way too lol

I went to Mexico last year. It was alright, but I probably won't be back for a while. We got robbed by the cops, then spent some time at a cartel bar. They were quite hospitable and respectful, though you should still be careful...not all cartels, and not all cartel members, are the same. Some are just gratuitously violent and should be avoided. The same can be said for Mexican police.

posted on May, 7 2020 @ 11:54 PM
link
That trip did turn me on to one conspiracy, though. Mexico, even the tourist areas, have been generally unsafe for tourists, for a few years now. After a couple days lounging at the cartel bar, we heard about an American tourist getting his brains splattered while napping in a hammock, on the beach. The story was mentioned by Mexican news every day, but the US news we watched daily hadn't mentioned it once by the time we left.

When I suggested confronting the delinquent cops' superiors, after being robbed, the Canadian embassy told me that I likely wouldn't be walking back out if I went into that police station, so they clearly knew the situation was unsafe.

It's easy to see why Canada and the US would stay silent, and not issue more restrictive advisories (back when that mattered)...if Mexico's tourism died, it'd likely cause a massive wave of immigration North, which is clearly not something the current US gov would want.

Posting the above theory to FB while on the Cancun airport wifi got me followed by Federal police until I boarded my flight. Gotta watch what you say unencrypted, these days. I still smuggled a large margarita in cola cup onto my flight, though, so I'd call it a win.

Fun fact, there was a similar media blackout about the Haiti riots, at the time. We were following the events daily on Mexican news...then heard no mention of it in Canadian media until a week after we'd returned. That stuff had nothing to do with gas prices...
edit on 7-5-2020 by Bent8484 because: Forgot to mention the airport cops

The ship I was on didn't experience anything to peculiar. At least not that I know. I was in CIC the whole time. All the radars and navigation equipment was ooersting properly.

As far as Mexico goes. Yeah, it can be a real no man's land.

Me and my then wife went to visit her family there a few years back, and while I enjoyed the sense of freedom I discovered that it came at a price.

You either have what it takes to command power, or you work with someone who has power, or you stick with family and quite tight.

All in all I liked it. Even as a white man I didn't feel like I was in danger. I just knew to mind my own business.

I saw some shady stuff and I just put my hand up, nodded, and kept walking. Not my business.

I was actually surprised to see the amount of Chinese people there. And yes they were Chinese.

I asked my then wife about that and they said that Mexico is a very popular place with Chinese people because they make a lot of money there.

I also discovered that the police will rob you. Not me personally, but I saw it happen, and when asking my then wife and her family about it they said it's better to have the police take what's in your wallet than go to jail.

The one thing that bothered me is that when we visited the beach the coast was lined with mansions. When I asked who lives in those houses my then wife said doctors and lawyers from around the world buy them for vacation homes.

When I asked her who lives in the houses when they aren't there she said their girlfriends, wives, and their families.

So, since I had already seen these "girlfriends and wives" I asked her about that and she confirmed that these rich people buy property in Mexico and then "marry" young girls as young as 13.

Also, you either protect your own property or pay for "protection". That's either paying the local head criminal to leave you and your properties alone or paying for armed "guards".

Yeah, I noticed that. Not just Chinese, but also lots of Japanese tourists there, surprisingly. That's a pretty long flight.

I'm definitely aware that, had we been "normal" tourists, things might have played out worse. Both myself and the friend I was traveling with have some amount of past experience making friends in sketchy places, thankfully. I used my confused Canadian guy routine to talk down the bribe when the cops robbed us, too...

It's really a free-for-all down there. You definitely get a sense of fear and tension from a lot of the non-cartel civilians, stuck in the middle, and I thought that was pretty sad.

posted on May, 8 2020 @ 01:04 AM
link
Without a doubt, I'd do the Bahamas all the way south through the BVIs all the way to Trinidad and Tobago.
If you wanna get crazy go a little further to the Amazon River.
Not sure boat hp needed as far as going against current and max draft etc.
The Bahamas are insane. Thousands of islands to explore.
Waters are very safe stormwise through the islands. You can get to cover quickly.

originally posted by: Bent8484
There are also a lot of islands out in the Pacific with pretty interesting histories, some of which suggest migrations that contradict the current historical academic consensus.


Of course that was the motivation of Thor Heyerdahl's voyage, which might be inspiring you. You don't have to do it on a balsa-wood raft.