Eagle written off at Andrews

posted on May, 4 2020 @ 03:55 PM
link
An F-15 belonging to the Oregon Air National Guard's 142nd Fighter Wing was involved in a landing accident at Andrews AFB on May 2nd. The aircraft was reported, but not confirmed, to be armed at the time, flying a Combat Air Patrol mission out of the Savannah Air National Guard base, when the aircraft suffered a mechanical issue. According to posts on social media, the pilot attempted to catch the cable on one end of the runway, but the hook missed. The aircraft ended up going off the runway and suffering a collapsed landing gear.

The pictures posted show the radar, probably an AESA AN/APG-63(v)3, as well as any weapons on the wing stations, removed from the aircraft. The landing gear was folded under the fuselage and one external fuel tank was crushed.

Glad the pilot was okay

Could have been a lot worse. Especially if he was armed.

The pilot certainly broke that bird. Obviously not his fault. It doesn’t say if it was a night landing or not.

Not much point in fixing it honestly. That's a couple of years to fix it all, and between airframe hours, required upgrades coming, and the EX due in a few years, cheaper to write it off.

I have the opposite problem. I never dealt with Navy/ Marine aircraft much beyond getting them parked and chocked.

Some shots of the Eagle hook- 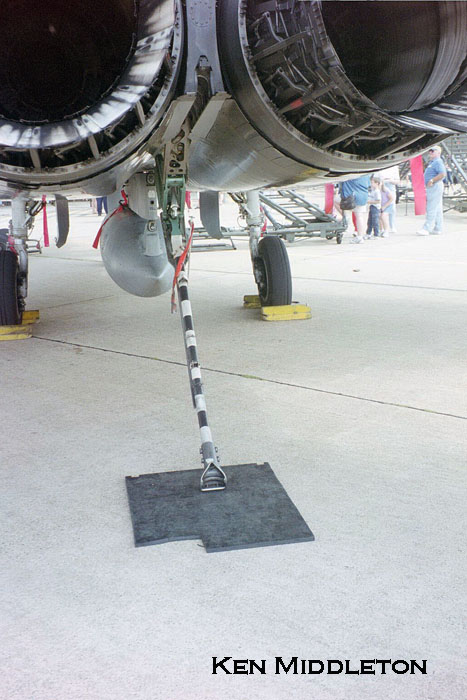 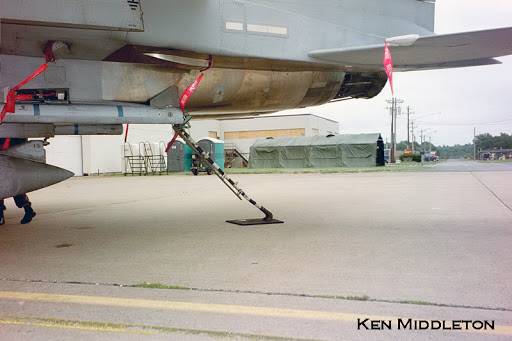 posted on May, 4 2020 @ 08:46 PM
link
According to media sources, the aircraft was flying CAP over Camp David while Trump was there, as part of Operation Noble Eagle.

As far as I remember, yes.

originally posted by: JIMC5499
a reply to: Zaphod58
Can it be retracted from the cockpit?

Is the hook on the Utility hydraulic system?

Yes. For retraction. Gravity does the rest the other way.

Are you excited for the F-15X?

originally posted by: Masisoar
a reply to: glib2

Are you excited for the F-15X?

Oh yes. The capes are pretty cool. I kind of compare it from the SU-27 to SU-35. Samesies.