Last week, the mind-bogglingly popular popular video game Fortnite hosted a live in-game event witnessed by (in its first day) over 15 million players.
It now has over 100 million collective views on the Tube.

But was it really... an ILLUMINATI CORONAVIRUS RITUAL??*dun dun duuuun*

The Show
Gamers were treated to a surreal 10 minute virtual rap concert featuring a colossal avatar of one of the most prolific rising mumble rappers today, Travis Scott.
(He's basically the #1 guy right now in the dreadlocks and incoherent lyrics scene, with multiple hits featuring big names such as Drake, Kid Cudi and The Weeknd.)

The concert began with a ring-shaped portal emitting beams of colored light in a fashion strinkingly resembling that of a Coronavirus: 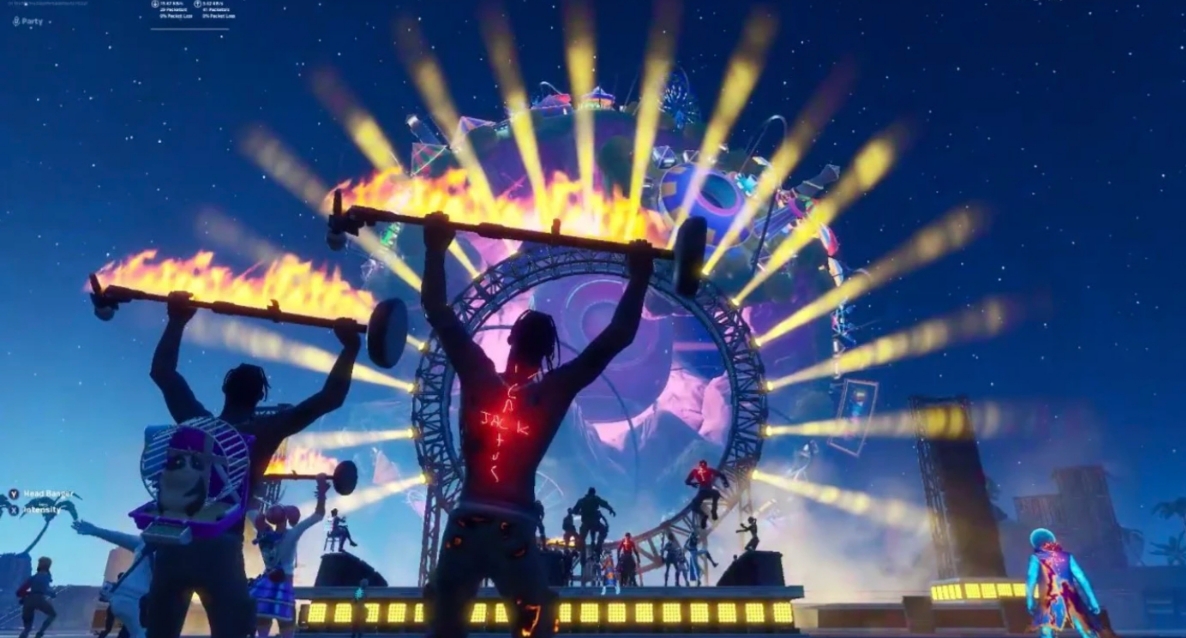 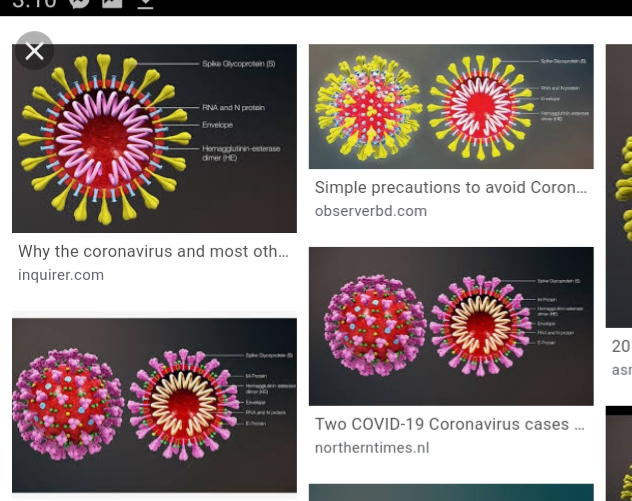 I didn't think much of it until my friend pointed out that after the intro, the first lyric is SUN and the song is called SICKO MODE:

Hmm... Sun and Sicko? Like... corona and illness?
There is also a fractured planet floating around the entire concert which looks an awful lot like a cell body, or perhaps a planet, which begins covered by the coroana-like ring and is destroyed at the finish of the video: 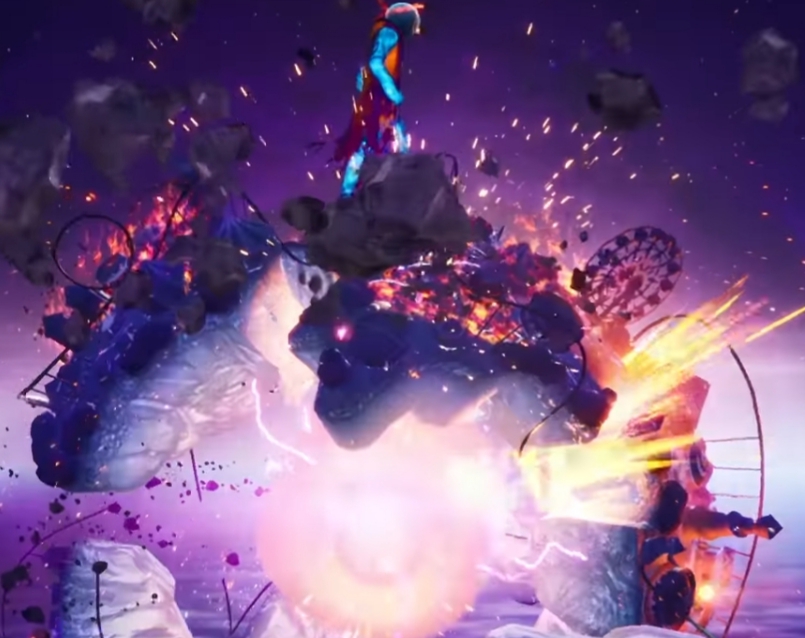 The concert includes songs from Travis Scott's studio album Astroworld, and the virtual concert itself was named 'Astronomical' after the second song performed... 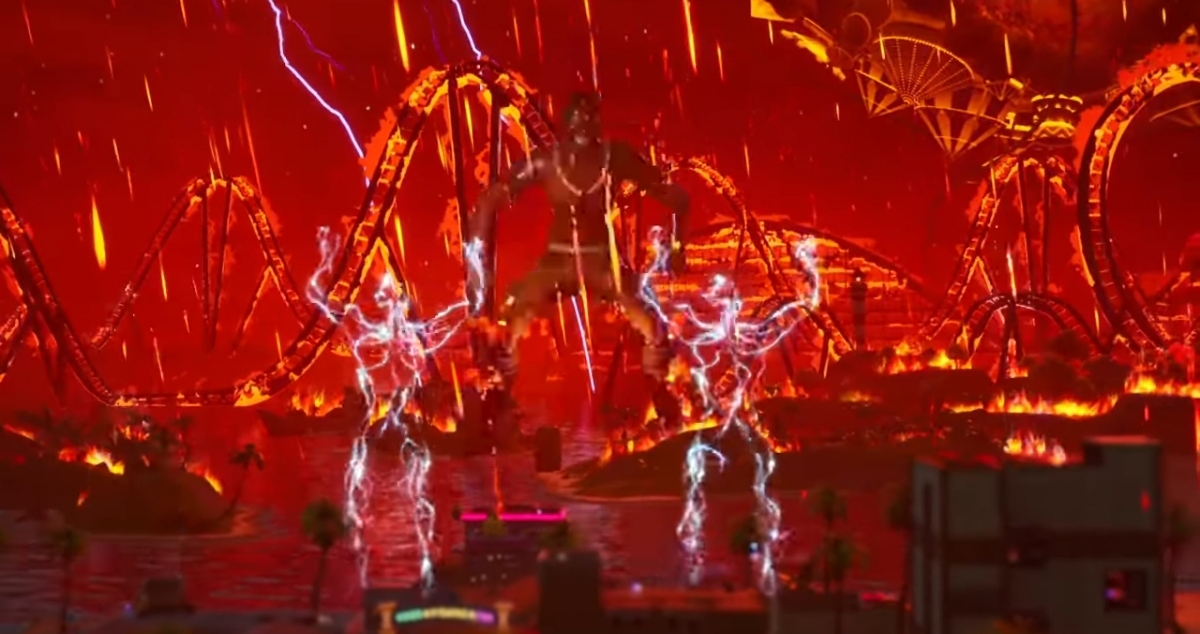 ...in which the sky turns red, fireballs rain down and the lands below burn like hellfire.

100 million+ views in less than a week- what better way to enter the minds of the world youth with hidden messages in the form of their most-consumed media and entertainment?

Has the cabin fever gotten to me? Or are the illusion-naughties up to their typical 'hidden-in-plain-sight' symbological shenanigans again?
At the very least, coincidences are fun.


Reading this was like reading one of those satire articles in the grocery checkout..

posted on May, 2 2020 @ 05:37 PM
link
Thanks for telling about this. Had really cool visuals. I just don't see conspiracy just looks cool.

Sound like it would rival one of the Super Bowl halftime show rituals.

Able to reach a just as big a market but more direct.

It's just a game played by future losers who have parents that don't interact enough with their own kids to remind them that it's been longer than a fortnite and they should plan for their very uncertain futures.

Brainwashing at it's best.

posted on May, 3 2020 @ 12:59 PM
link
You should read the The Illuminatus! Trilogy. Basically this is the plot including a virus released and a ritual sacrifice...

Get those beestards away from our Kids.

As it stands Disney must be banned because of the pornographic pedophilic inserts in their work...all Disney must now be banned....forever.

We must bring in legislation that says reproducing a crime on television or media or in live Role Play is in fact a hate crime against Humanity.

No more games of killing and destruction and chaos.

These games by proxy represent crimes against Humanity and must be banned....like it love it or lump it they must go.

On one side, pretty much everything 'controllable' in entertainment industry is riddled with masonic symbolism, of the sun, skull and crossbones, and more subtle variations, and even 'hidden-in-plain-sight' type 'all-seeing eyes' and such. There's hardly anywhere you can go, there's hardly any product you can buy that doesn't incorporate 'sun' or some other popular symbolism into itself in some way or another, even if it's a very subtle way.

You go to pillow department, you suddenly see 'cutesy' skull and crossbones on children's pillows as a normal thing. You buy soap, it's brand name has the word 'sun' in it. I am telling ya, it's pretty difficult to see, buy or experience anything 'free' of this stuff if you look, shop or travel enough.

On the other side, because this kind of thing is so 'normalized' and basically omnipresent, the 'artists' themselves are not necessarily always completely clued-in as what's happening - and as people are basically 'programmed' since young kids to see all this as normal, the 'artists' might think it's their own, wild idea to include a skull or sun somewhere.

So it is not always 'intentional', often it 'just happens', because it's just so prevalent. There might be a deep meaning to it, and it might be part of a ritual designed to 'tune-in' to a certain imagery or frequency to help empower certain flows or pathways - or it could just be an 'innocent coincidence'. If you look at all the LHC symbolism, for example, from the Shiva statue to the odd rituals to the weird things the staff has done in photos and videos, it's a similar situation - it's very hard to tell, in the end, which side we are seeing.

There's also the 'monkey see, monkey do'-aspect; people see something that 'looks cool' and want to mimic it without understanding its symbolism. Happens a lot.