Have you ever found yourself marvelling at the wonder of language? That we can all basically agree on a common meaning for gestures or grouped phonemes is really something to think about. While I think that the bulk of our problems relating comes from a failure to communicate, that we have such a system in place at all is astounding.

Which brings me to the subject of this thread: relationships.
I looked up the etymology of the word today, and as usual, the word’s origin shed some interesting light into its true meaning. It has a latin source, re meaning back or again and latus carried, bourne. What’s interesting about this insight to me is that a relationship indicates a response to a thing already offered (being bourne or carried back to the originator). I think in times such as this current forced isolation, to consider what a relationship is might be useful.

In the very least, I want to be very aware of the substance of the output I’m adding to the community. It really does make me wonder about what all I can start to do to rebuild community relationships here and wherever else might be in my reach. The more fear, suspicion, disdain, and distance I put between myself and others, the more of the same I get bourne back.

It really is an interesting word/idea to consider.

Thanks for reading, friends! This is one example of a community in which one gets back plenty of what one gives. Love to all the members, especially those who abundantly give support and beautiful positivity to others! 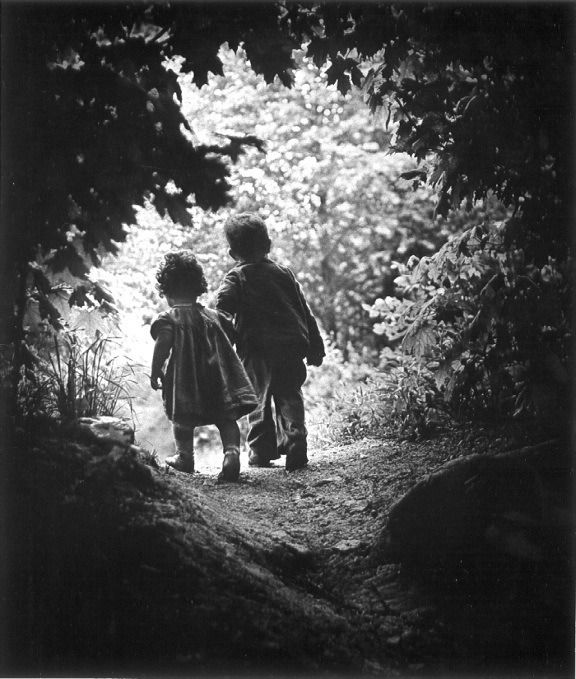 Hope you are doing well, amigo!

So a relationship is not only based on how you can relate to each other or what you exchange, but also the rate of exchange.

We say "the relationship between x and y is not good because y is only taking" for example.
It does not address the things that they share and can relate to in a friendship-relationship.

Then there is business relationship.

but I might just confuse english vocabulary now. The point of my post was that the rate of exchange on each side is important too, not just the exchange or reason for exchange.

Duh so hard to explain if the concept of the word seems a different in the English language.

Thanks for the comment! Yes, I think the idea of rate of exchange adds some great nuance to the topic.
The quality of all that's given and taken in a relationship is sometimes very hard to quantify/understand!

Its hard to explain because the languages we use today are extremely poor tools when it comes to communication.


One more thing, the best word i can think about for the meaning of relationships is "friction".
edit on 2-5-2020 by solve because: (no reason given)

Good point. I was going to add unspoken communication into my OP somehow, but I'm glad you did. Most of what we really say to each other is unspoken, which is one reason why this remote communication/isolation is so difficult.

posted on May, 2 2020 @ 04:22 PM
link
a reply to: zosimov
a reply to: solve
I only know English, German and then a few words/terms in Italian and French. Had a bit Latin in Gymnasium but obviously it is a dead language, but foundation of a lot of European languages nontheless.

My uncle verschickter who was a member here spoke these four languages, I am Oleandra88 but I can not log into my account so I made a new one. I once asked him why he takes notes in English, makes comments in English and some in German and switches to French when cursing.

He told me English is good for delivering compressed information and German for expressing complex theories, relations and concepts. French for cursing lol.

A lot has to do with patterns. I read a lot of his papers and things and it is really that easy. The patterns and grammar in ones language determines how one thinks to a great deal.

In Germany, the number "45" would be pronounced "five-and-fourty". All numbers are pronounced started by the lowest decimal place number, but only in the first 100 range.

read from left to right
but
pronounce numbers from right to left.

You have to memorize all numbers until you read the last number. Then quickly figure out the correct rule to apply to pronounce it correct. Then you can start to say the number.

In english, you can start talking right away: 123 =one hundred twenty three
In German, you start, then quickly memorize the rest while you still pronounce the "one-hundred" and not mess up fluid speech. In German you do: "one hundred - three and twenty"


People that learn fast are just good at detecting patterns and deriving the underlying rule. This is what learning is, this is what our whole universe is. It is beautiful as obvious if you once grasp the idea. Black holes may just be chains of rules that lost causality. The event horizont that seperates two entities from observing each other is maybe the lost causality connection in the ever progressing and applying of rules.

There are some pathways that always lead to the same result. Each underlying rule would produce a different world, this is the multiverse theory showing up in the data.

There is more than time-space, I´ve seen this theory unite/relate relativity and quantum physics. I just know a bit about the two, more about the first than the latter.

This explained a lot of things to me that were unclear. Both special relativity and quantum physics describe the same problem. We get hung up in time space.

Time is just the progression of rules that determine and make up the construct of our universe and reality. We did not "invent" time. Time was always a progression of applying rules to an underlying pattern. Physical laws at work.

We humans can be so stupidly arrogant that we think we came up with the concept time by ourselves.


Back to language:
When you were born and learned to derive the first rules about grammar, the way you think was setup a good portion. If someone is good in multiple languages, that one "just" can relate a lot of these rules and patterns together.

I suffer from synesthesia. First it was a gift, now it is annoying as hell but it helped a lot visualizing this. If you found this interesting, go look at "A new kind of science" by Mr. Wolfram. He invented the wolfram language, google that. My uncle seemed to be on the same path. Give it a try! I got a copy myself for my upcoming vacation and am eager to see the parallels between his and Mr. Wolframs ideas.


Back to topic relationships:
This is the same but on a slower process and we get feedback. Feedback that we either ignore, oversee or utilize to learn more.
edit on 2-5-2020 by ThatDamnDuckAgain because: (no reason given)
edit on 2-5-2020 by ThatDamnDuckAgain because: aaaaaahhhh I mixed up the left and right and fixed it. duhhhh

Hi Oleandra,
I remember you, and I remember your uncle as well.
Good to see you again
I'll have to take more time to parse out your response, but I completely agree with you that thought and language are inextricable. German has some great words that have no direct translation into English (as do a few other words in other languages which I've become aware of). Some of my favorite words are in other languages: weltenshauung, zeitgeist, schadenfreude, ariiga (which means the good life in Inupiaq), sympatico.

Thanks for adding such interesting food for thought to the thread!!

Do you mean "weltanschauung" respective "weltansicht", that is exactly what I do currently, or otherwise it could be called philosophy.

Schadenfreude is something I am guilty sometimes, too but only if it is a karma kind of punishment the other one gets. Then I allow myself schadenfreude.

It is so good talking to a few people I really missed it, evidently with my long posts. I am only around a few days though, I was supposed be on a longer, not mandatory vacation but due to COVID-19 they kept pushing dates.
edit on 2-5-2020 by ThatDamnDuckAgain because: fixed a wrong word.

Oh yes, I did mean weltanschauung, lol. My spelling is atrocious, unfortunately.

It is good talking to members here, I agree. I'll look forward to when we can chat!

I think it is important that one doesn't trade gold against colored glass.
that the trade is fair and both part know what the other wants and the value it has to him...
And that one doesn't take more than what you need.

The example I brought was more about friendship, not material things. Like if someone constantly occupies the other one with problems or similar. Or asking for favors but not mind paying back favor in dept.

I may have misunderstood you because the first sentence is a saying that is unknown to me and translates a bit wonky into my language.

But yes, I think a good trade is a fair one, where both parties (or all involved) are joyful to make the trade. With some things I tend to over deliver. Meaning that I rather give a bit more than necessary. If it is not about perfect matching numbers or so.

I wasn't talking about material stuff either, more about energy, that is exchanged during relationships...

posted on May, 3 2020 @ 04:16 AM
link
a reply to: NoConspiracy
Ah! We have the term "energy vampire" here. As in, mental energy or just being the responsible person that makes life harder for the other one just by asking/using the time, often inaccidently.

Example: If you start to feel stressed because someone occupies your time, that one became your energy vampire. It is a bit of a dumb way to explain it. Everyone can be one at times, even not by intend or by not learning lessons. I am guilty too.

posted on May, 3 2020 @ 06:23 AM
link
a reply to: zosimov
English is such a weird language. Take the word "slough" for instance: The slough monster will slough its skin. In this sentence "slough" has two different meanings and pronunciations. The first slough is pronounced sloo and means a swamp, while the second rhymes with rough and means the dropping off of dead tissue from living flesh.

I was only aware of that latter term and pronunciation.
How did I miss the swampy kind of slough until now? And the sound of the word is awesome and fits so well with its meaning.

Agreed that English is a cool and weird language!

posted on May, 3 2020 @ 08:53 AM
link
a reply to: zosimov
I always cut non-English speakers some slack when they're trying to learn because the language is insane and doesn't make sense.