The Three Kingdoms Period of ancient Korea (57 BCE – 668 CE) is so-called because it was dominated by the three kingdoms of Baekje (Paekche), Goguryeo (Koguryo), and Silla. There was also, though, a fourth entity, the Gaya (Kaya) confederation at the southern tip of the Korean peninsula. These four states were in constant rivalry, and so they formed ever-changing alliances


The Three Kingdoms of Korea (Korean: 삼국시대; Hanja: 三國時代) refers to the three kingdoms of Baekje (백제, 百濟), Silla (신라, 新羅) and Goguryeo (고구려, 高句麗). Goguryeo was later known as Goryeo (고려, 高麗), from which the modern name Korea is derived. The Three Kingdoms period is defined as being from 57 BC to 668 AD (but there existed about 78 tribal states in the southern region of the Korean peninsula and relatively big states like Okjeo, Buyeo, and Dongye in its northern part and Manchuria).

Archaic I know. But.

Noooooo, to many old guards just yet. But the people of the Korea's can hope.

Not just the guard.

Not to sound crass, but I've heard, and it makes sense, that Japan, South Korea, and China don't want a liberated North Korea.

So if North Korea is liberated, but stay independent... The already failed state slumps further down and all the surrounding countries get hit with indoctrinated people who literally view the world as they were tought with little access outside that thought bubble.

If South Korea unites, they have to absorb the brunt of the cost of re assimilating a hermit country and the education barrier which would take decades, on top of their hit from Covid.

posted on Apr, 24 2020 @ 11:05 PM
link
China don’t want NK liberated, don’t want US missiles on the boarder. NK is a nice little buffer zone, always has been and always will be

Be crass
There are people there still from the time of Kim Il-sung. They're influential.


Somebody prior to the 2nd world war. 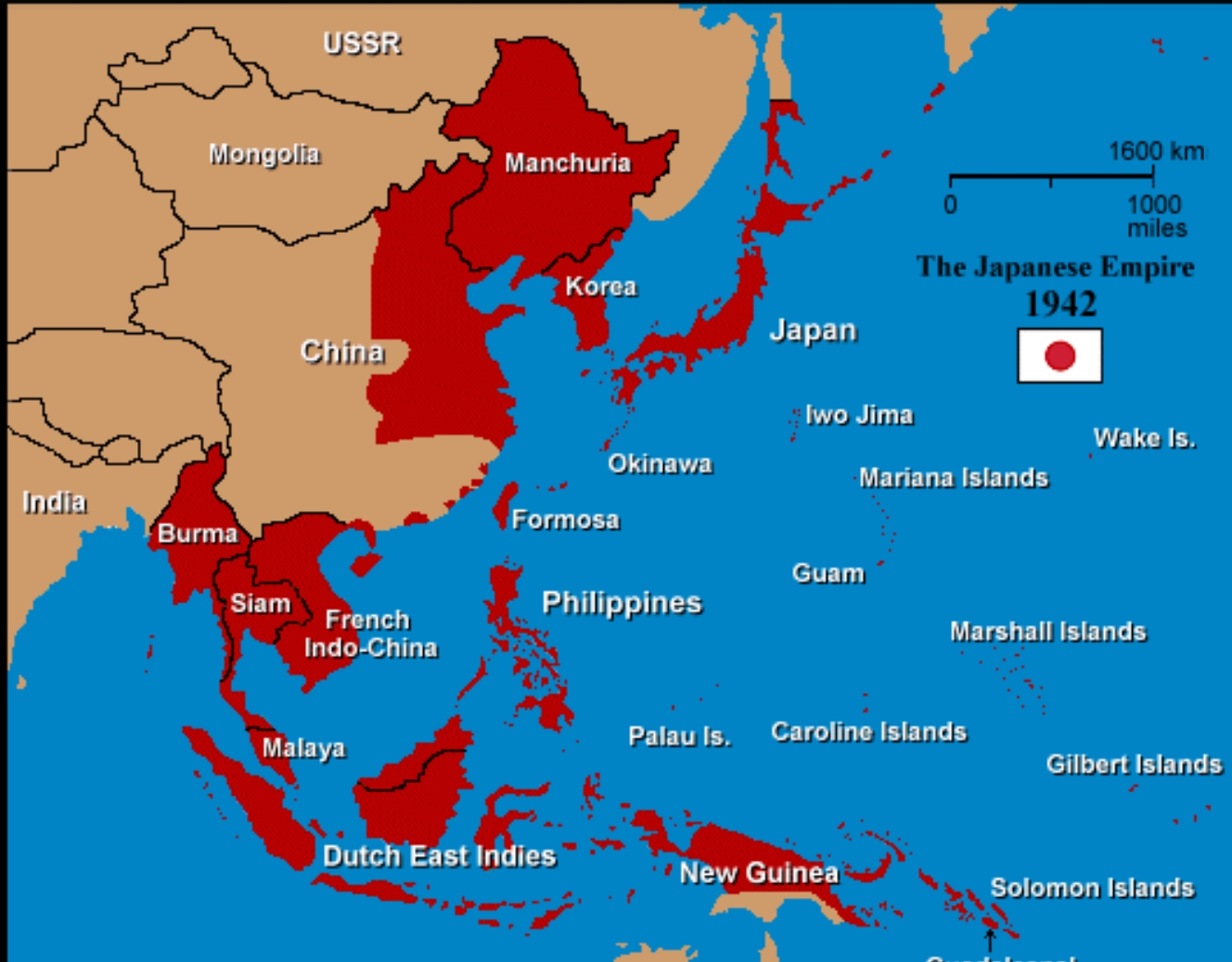 China won't have another country occupying near it's borders. There are still families in the north and south wanting to come home. So yes it will be economically bad, but certainly someone will exploit and see it through. Im thinking highest bidder .
edit on 24-4-2020 by Bigburgh because: (no reason given)

posted on Apr, 25 2020 @ 01:08 AM
link
China will take control if he has past. I dont think there's anyone strong enough in his administration..

posted on Apr, 25 2020 @ 01:20 AM
link
I believe China has controlled NK for quite some time. Either way, the implications of a free NK would rock SK for decades. Their economy wouldn't be able to support the influx of refugees that would result. I also believe the majority of NK would not understand freedom and the implications would make other parts of the world less free for beliefs and conditioning of a lifetime does not go away.


According to the BBC, you have good discernment!


Ms Kim has been described as having a sweet, good-natured disposition, with a bit of a tomboy streak in her, North Korea leadership expert Michael Madden told the BBC.

But reports say she has also had a sheltered upbringing, and other members of the Kim family have not interacted with her much.

School officials in Switzerland have said she was over-protected by the coterie of guards and caretakers - she once reportedly had a mild cold and was immediately pulled from school and taken to hospital.

originally posted by: Bigburgh
I don't trust any media, but if there were to be a successor that isn't a family member not assassinated yet.


The sister whom I was feeling like she was pulling strings during the winter Olympics in South Korea. 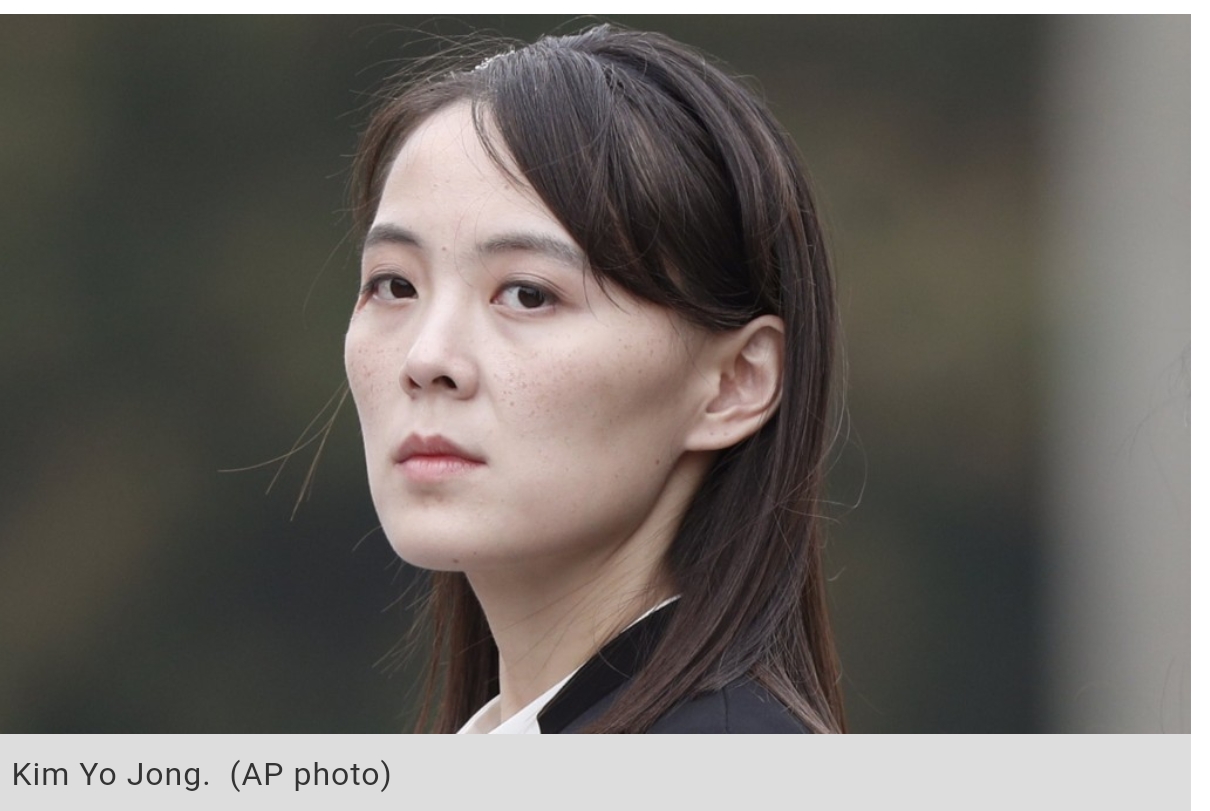 
She's hot! Yeah. Probably crazed dictator just like the rest of her kin but if yer gonna worship someone as a deity, at least make them an attractive female. LOL At least that kind of makes sense instead of some weird looking dude with an odd haircut.

posted on Apr, 25 2020 @ 02:34 AM
link
a reply to: BrianFlanders
At the time, it was said that Kim Yo! Jong hired the 2 female assassins who killed Kim Jong-Un's step brother in the airport...about 3 years ago.

originally posted by: Raggedyman
China don’t want NK liberated, don’t want US missiles on the boarder. NK is a nice little buffer zone, always has been and always will be


The present South Korean administration impeached and imprisoned their first female conservative president, Park Geun-hye. They sentenced her, then tried her again ...and sentenced her to an even longer term (basically Life). It's just what Commies do.

The South Koreans recently turned about 60% of their legislature over to their Commie Party in the past election. Moon Jae-In is a sorry-assed Commie. All the university professors are died-in-the-wool Commies. The universities churn out hard-corps Commie graduates. And, now that there's a super-majority Commie party in power ... no telling what's going to become of the Hermit Kingdom.

I used to appreciate South Korea ... but not anymore. Expect a Chinese lead reunification of North and South Korea under a Communist banner if Li'l Fatso Kim killed himself with Twinkies and Soju. I don't think the US is going to be welcome there for much longer. Another long-term win by the Chinese I'm afraid.

posted on Apr, 25 2020 @ 02:56 AM
link
It is NK I don't see them allowing a woman to lead. The people have been brainwashed to think dear leader is some sort of god so a military coup may turn into a civil war. SK may talk about reunification during elections but their economy would crumble if it happened.

posted on Apr, 25 2020 @ 03:03 AM
link
If little Kim is dead my guess is the "Chinese Doctors" are there to reign in the turmoil of having a nuclear power under a rouge leadership.

posted on Apr, 25 2020 @ 03:08 AM
link
Part of the problem with Kim is that he was brought up with expectations, indoctrinated into a view of the world revolving around himself. That will be less true of any sudden replacements

originally posted by: Grimpachi
If little Kim is dead my guess is the "Chinese Doctors" are there to reign in the turmoil of having a nuclear power under a rouge leadership.


The nation of "the East is Red" won't be troubled by the idea of rouge leadership. They will be worried about rogue leadership, though. They will want to rein it in.

originally posted by: Grimpachi
SK may talk about reunification during elections but their economy would crumble if it happened.

If North and South take support from the Chinese ... and kick the US off Asian soil ... I think they could sustain. Everyone liking their Samsung Electronics, LG appliances and Hyundai cars/parts? No one's going to give up their Galaxy phone and switch over to a Chinese made iPhone are they?

posted on Apr, 25 2020 @ 03:45 AM
link
Coincidental happenings can sometimes be the result of something that was planned for a reason!

This certainly is a coincidence. What a time for Kimmy the Runt to croak! During an unprecedented times Pandemic.