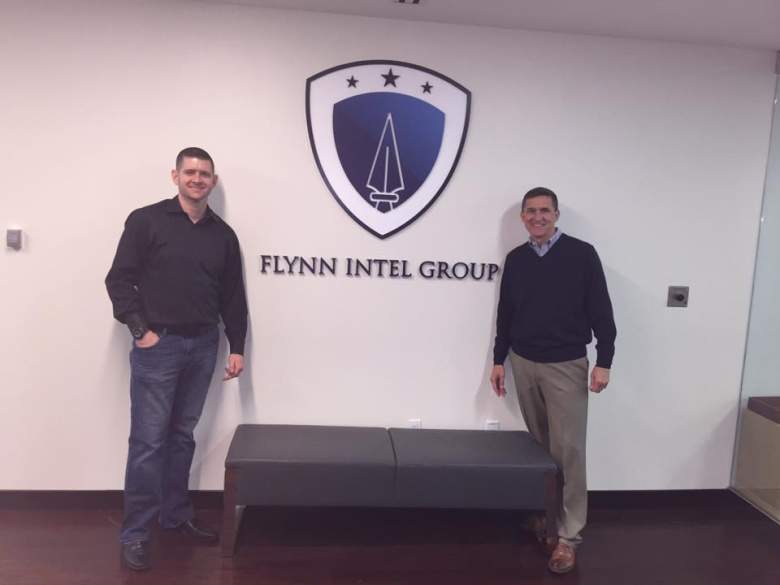 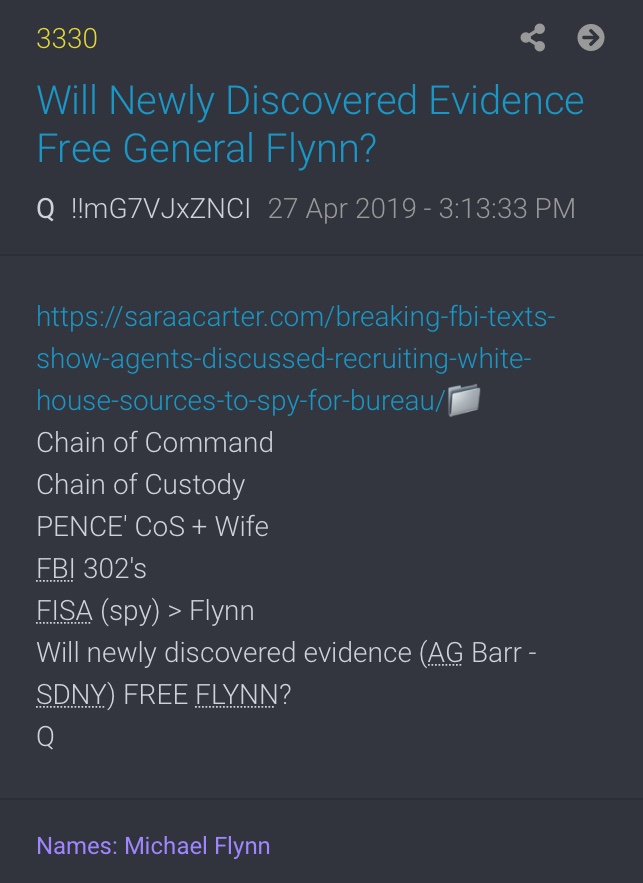 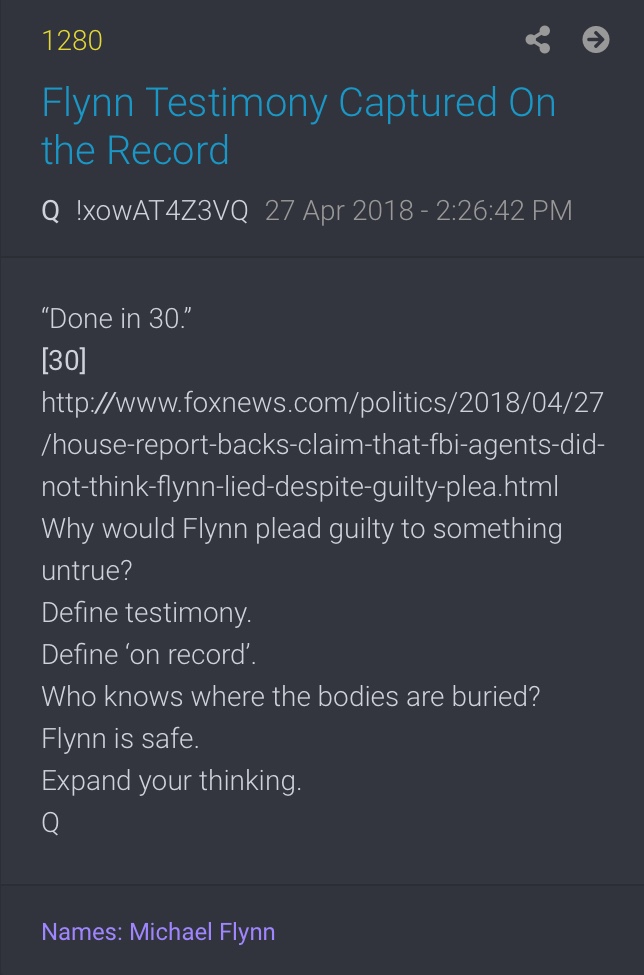 Just a thought... could they have been converted to carry an invasion force or jets?

Nimitz class aircraft carriers (longest) are just over a 1000ft long... whereas the longest oil tankers are over 1500 foot - plenty of runway room, especially if set on the diagonal! 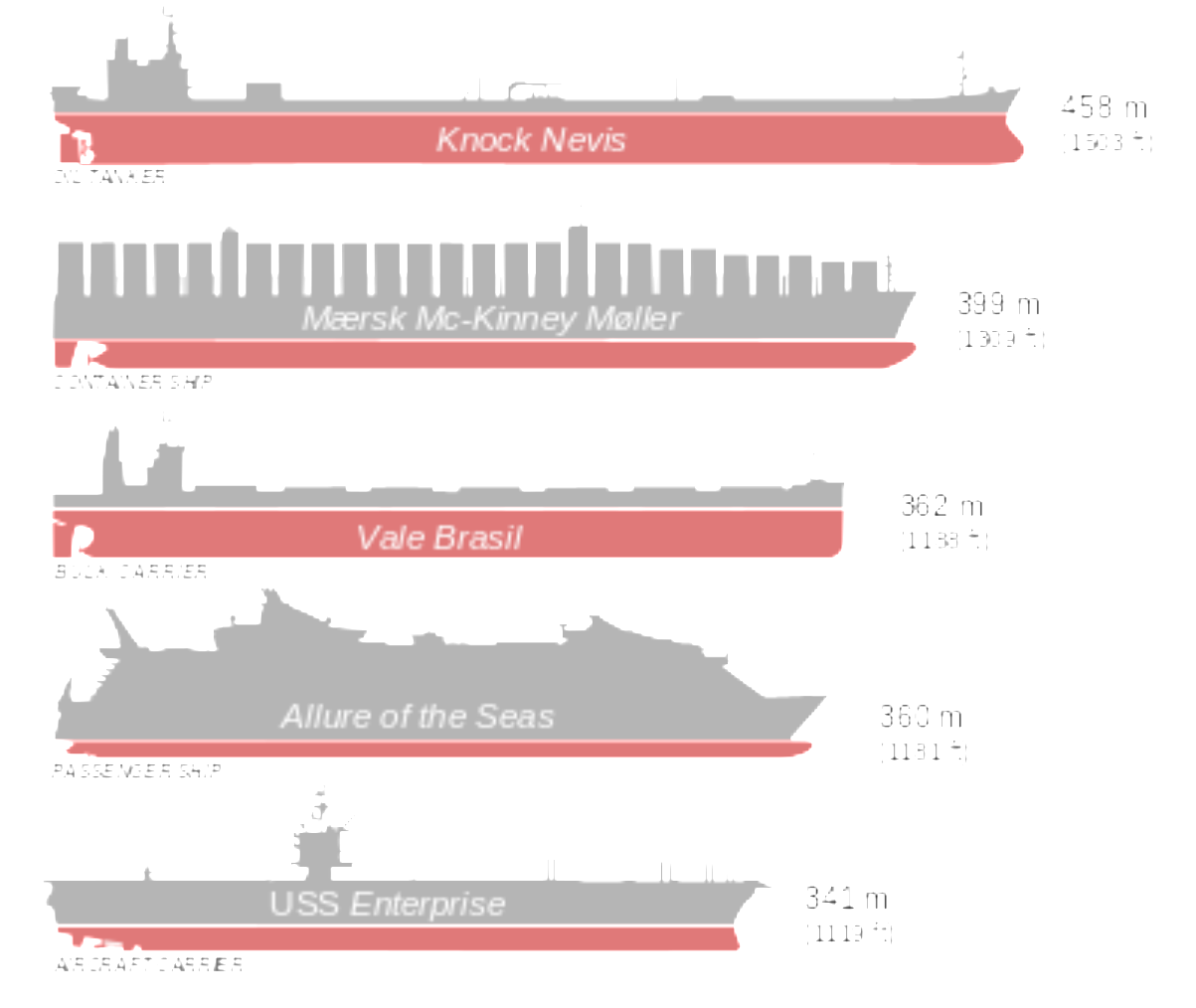 How big a threat would 27 aircraft carriers be off California?
Q38


Four carriers & escorts in the pacific?
Why is that relevant?
To prevent other state actors from attempting to harm us during this transition? Russia / China?


I remember discussions on the thread of a Chinese plan to invade US through the south and up a main highway... would local air superiority be a necessity?

Might be worth checking the tankers national ownership (rather than flag country).
edit on 27-4-2020 by RelSciHistItSufi because: (no reason given)

No worries PFS.. it's a valid question. I think dictate may be the wrong word but, yeah I do have a tendency to try and steer this thread in the direction "I" want it to go from time to time, I'll admit that. It's Dash's thread but, after a couple years we all feel we have stock in the company, so it's only natural to develop a sense of what this should or shouldn't be. I know what it should be, is exactly what it currently is. A multitude of different thoughts working different theories and angles all meeting at the intersection of WTH is going on here and WHY. No motive, just saying what's on my mind at the time.

Safe travels and good luck to ya!

M1TA1, I don't think POTUS was making a mistake with the Nobel/Pullitzer confusion!

I think he was hinting at BOOMS ahead because Alfred Nobel made his money from the discovery of DYNAMITE!!!

posted on Apr, 27 2020 @ 08:43 AM
link
These confirmations regarding Flynn would seem to be foretelling of his public exoneration.
Most of us are running on empty when it comes to patience, I can only imagine the collective sigh and rejoice when exoneration, pardons and indictments start rolling.
Now is a great time in my opinion.

New Revelation (for most): The theory that General Flynn plead guilty to lying, was because the FBI/Prosecutors threatened to frame his son, if he didn't, IS TRUE.


The “side deal,” according to National Review, was made with Flynn’s former defense team “to not prosecute Flynn’s son—despite threatening to Flynn that he would do so–in order to get Flynn to plead guilty.”


confusing a Nobel prize with a Pulitzer prize

In his will Pulitzer bestowed an endowment on Columbia of $2,000,000 for the establishment of a School of Journalism, one-fourth of which was to be "applied to prizes or scholarships for the encouragement of public service, public morals, American literature, and the advancement of education."
In doing so, he stated: "I am deeply interested in the progress and elevation of journalism, having spent my life in that profession, regarding it as a noble profession and one of unequaled importance for its influence upon the minds and morals of the people. I desire to assist in attracting to this profession young men of character and ability, also to help those already engaged in the profession to acquire the highest moral and intellectual training."

link
edit on 27-4-2020 by MindBodySpiritComplex because: (no reason given)

originally posted by: liveandlearn
a reply to: interupt42

Interesting analogy and you are probably right. We have waited a long time and whenever the next week comes through the summer will be epic.

Hard to live without hope of justice. Exoneration of Flynn is the tip of the iceberg.

sadly i see no justice coming and think there will be no indictments by election time and they along with Q will use "the trump needs to get re elected for the indictments to happen" so he gets re elected .

unfortunately it will be close to 4 years and his "lock her up" never came to fruition. i suspect the same with the indictments.

now dont get me wrong i prefer that trump beats the creepy kid sniffer but lets not kid ourselves. the good thing about trump is atleast he is waking up the people to the fact the media is a prapoganda machine but there will be no worthy indictments even if he manages to beat the rigged system.

we are just seeing a hostile internal take over in the deepstate management .

In criminal investigation, one classic technique is when you draw a suspect into an interview at the station, you prepare fake props which indicate a high level of knowledge about their activities and imply certain evidence. You can make up thick fake case file the size of a phonebook and plop it on the desk in front of them. Another effective method is to simply write the names of their known associates on a blackboard and march them past it.

Effectively you are trolling the suspect into spilling their guts.

That's what this reminds me of, planted "evidence". Now, who is trolling whom? Objectively, I think the people looking for evidence of "kids being rescued" are being trolled with the white/black board technique.


I had the opposite happen once. I was sitting in on an employee disciplinary hearing. The two "investigators" had nothing on the desk but their notepads. Every time the dopes wrote something down, I was able to read it upside down from across the table. About ten minutes in it occurred to me they had -zero- evidence my client did anything wrong, other than an accusation.

I took a break, told my client this. We politely told the investigators to pound sand. Nothing ever happened after that.

This post about tankers rang a bell with me, I've noticed a few Chinese boats of different descriptions off the coast of Mexico lately.

I use a marine radar app as I follow sea and air movements, it's a good way of picking up on early movements should SHTF.

Catch_a_Fire, interesting re Chinese boats near Mexico too!

Do the apps you use identify which shipyard BUILT the ships? I'd be interested in seeing if there is any commonality, as I'd expect that if someone was building military ships disguised as tankers then that was probably being done in very few places under strict secrecy.

If the ships off CA and Mexico came from the same shipyards then we might be onto something.

Ps Looks like we have a fourth candidate for a post-op UK celebration.

I remember discussions on the thread of a Chinese plan to invade US through the south and up a main highway... would local air superiority be a necessity?

Some variables in your question. Big one is if the invasion is recognized as such.

One of the fears in Cold War Europe involved the "TIR" trucks that came from the other side of the Iron Curtain. It was thought they could hold Spetsnaz teams that would deploy within West Germany and be prepared to hit the various headquarters of NATO forces hard right before the Soviet regular forces pushed across the border.

Tanker ships could serve the same purpose for the ChiComs.

So, air superiority question: Not needed if the invasion is not recognized as such. If it is detected as an invasion attempt, then yes, air superiority, anti-submarine warfare superiority, as well as functional defense against anti-ship missiles will be needed. Basically, Falklands 1982, but with big leaps in electronic technology as well as improvements in precision guidance of ordnance.

We should not forget the unfortunate quantity of Chinese electronics in the various systems of every Western navy. That dross will absolutely have to be identified and replaced with Western components if we are to have any degree of confidence that our electronics will function in our favor.

M1TA1, I don't think POTUS was making a mistake with the Nobel/Pullitzer confusion!

I think he was hinting at BOOMS ahead because Alfred Nobel made his money from the discovery of DYNAMITE!!!

I loved M1TA1 post.... that verse from the Bible about the mystery has always been one of my favs. I was totally going to probably comment a Chatty Cathy in response to it... however, I get to Rels comment and I am literally smiling and laughing because it’s so perfect 👌🏼

This is why I love the thread. The flow is unique and so are the folks who participate. I even get to speak directly to spies here, probably. Wouldn’t change a thang 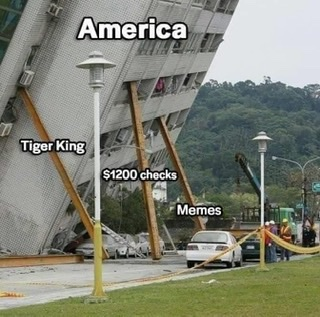 This is not my thread.

I made this for all of us. 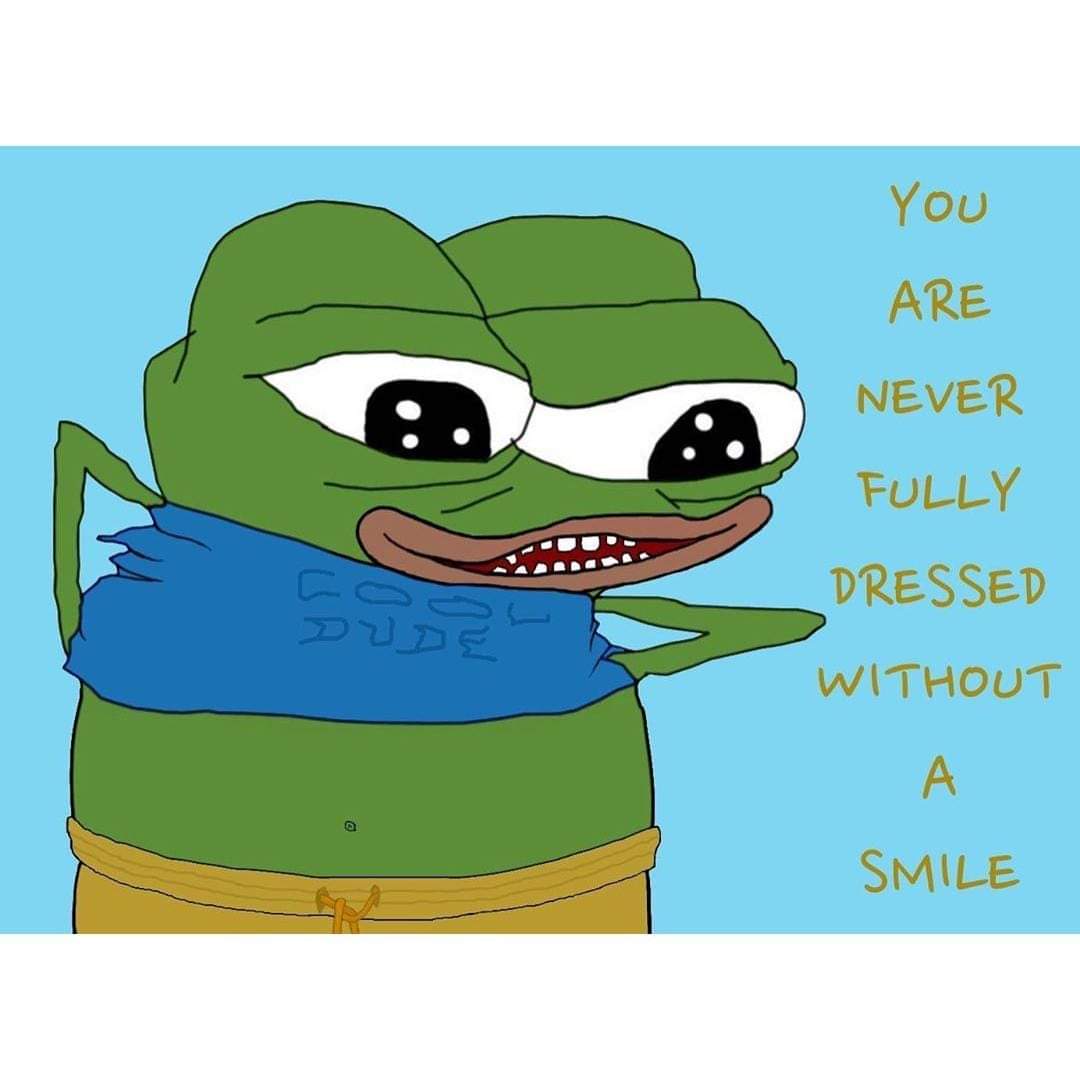 posted on Apr, 27 2020 @ 10:16 AM
link
UK PM Boris made his first press conference since returning to work this morning. Following POTUS use of the term "WAR" in respect to Coronavirus, Boris' choice of words was also interesting:


"I ask you to contain your impatience because I believe we are coming, now, to the end of the first phase of this conflict, and in spite of all the suffering we have so nearly succeeded"

That's exactly why I'll have nothing but good things to say about you at your trial!!

Just a thought... could they have been converted to carry an invasion force or jets?

Nimitz class aircraft carriers (longest) are just over a 1000ft long... whereas the longest oil tankers are over 1500 foot - plenty of runway room, especially if set on the diagonal!

How big a threat would 27 aircraft carriers be off California?
Q38


Four carriers & escorts in the pacific?
Why is that relevant?
To prevent other state actors from attempting to harm us during this transition? Russia / China?


I remember discussions on the thread of a Chinese plan to invade US through the south and up a main highway... would local air superiority be a necessity?

Might be worth checking the tankers national ownership (rather than flag country).


The chicoms won't be able to go far up the Mississippi without seasoned River boat Cpts. That water is the most treacherous water on the Earth from St Louis all the way to the Gulf. I had an older friend who just passed last year who spent 30 years on the Mississippi Queen line of River Boats and the last twenty enjoying the lack of stress. He liked it he said but it was challenging. He said that the sand bars can change in a matter of minutes and you can't navigate without knowing what that looks like live.

If they invade that way they will only make it a few miles upriver past N. Orleans before you will need a paddle wheel. Summer won't do at all unless there was a great Midwestern Flood a few weeks ahead of the attack. Mobile is the next chance, not good enough. Pensacola, same deal. I just don't see it unless they try to come to Savanah one of the worlds largest ports of call.

I only meant in the case of the Ft Carson whiteboard. It's too obvious, and looks staged. Also fits the template I described.

I'm just saying it's a bit of gaslighting.

Yes, and I've see detectives with horrible body language. For the sake of their careers, I hope they can keep their itching and shifting weight under wraps when dealing with regular people.