posted on Apr, 19 2020 @ 12:35 PM
link
This is a lesser known one originally uncovered by longtime Sydney researcher Bill Chalker that adds to the question...why are UFO encounters so often near nuclear assets?

Australian RAAF files show in 1973, following a DEFCON 3 nuclear alert sent out by a base at North West Cape, two officers saw a “black sphere” UFO hovering and soon after, take off with near instantaneous acceleration. The NSA wrote about an incident that year, though all information is redacted.

One month earlier, a Soviet officer at the Sary Shagan Weapons Testing Range in what is now Kazakstan saw a green, circular UFO that expanded into concentric circles when observed. Sary Shagan was a major site of USSR atmospheric nuclear testing in the 60s.

Two years later, in late 1975 and early 76, six different USAF bases in the American mainland reported their own encounters, most of whom stated craft were seen just a few hundred feet above weapons storage areas. A lot of these cases get lost or forgotten, but when put together, it really does feel like nuclear assets are being surveyed, and when multiple trained observers see instantaneous acceleration and forces that would kill ordinary human pilots, one has to ask if these are extraterrestrial or inter dimensional in nature, or something (or some clandestine group) on Earth that's been here and is capable of technology governments don't have.

Here's a really buried collection of 75-76 US AFB encounters: www.all-hazards.com...

And details on the 73 USSR sighting: documents2.theblackvault.com...

The RAAF 73 files are held offline but are in the video beginning at 1:23.

Good thread, can't watch vids or download files at the mo but am pretty sure they're talking about this case. 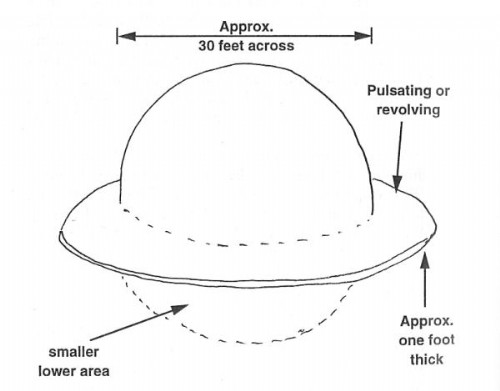 
Think Bill Chalker is a great researcher and apparently Australia has had quite a few 'Saturn shaped' UFO sightings.