page: 1
45
<<   2 >>
log in
join
share:
sean
+17 more
posted on Apr, 18 2020 @ 07:52 PM
link
Many of you might remember the first previous posts of a Tree, Totem, Grave marker found near the cliffs right-side of Murray Butte Sol 1450 images. I found another one on the left hand side of Murray Butte sol 1448. It does look like a skull mounted on a pole and a white rag tied to the base of it. It has a shadow near it and seems to be erect in the air. It looks out of place from surrounding dune sand. The top rounded part of the "skull" is reflecting a bit of sunlight. I posted raw images, Nasa's crappy images and you can see it's there, but the quality is really poor. Curiosity cams are like 2 megapixel.

I happened to take a much better screen grab from a panoramic image back in December 2019 and now I cannot find that link of the better quality anywhere. Even on the Nasa website. I searched for hours sifting through a couple thousand images trying to find a better closeup. The images that Nasa calls "RAW" images are really poor and not as good as the ones that were on the net at one time. I don't know if that is done on purpose or over time with internet compression of images. Anyways, I will post what I found and the images I uploaded to ATS that I had from December 2019 of the totem I found. Since everyone quickly dismissed the first posts of the other "Tree-Totem" I decided to not post it. Since I was going through images cleaning out stuff I decided to post it and upload what I had, just for the sake of it. It is strange to find two "Totem" looking things on the same butte, that are eerily similar and the one I found that actually looks like a humanoid skull mounted on a pike. 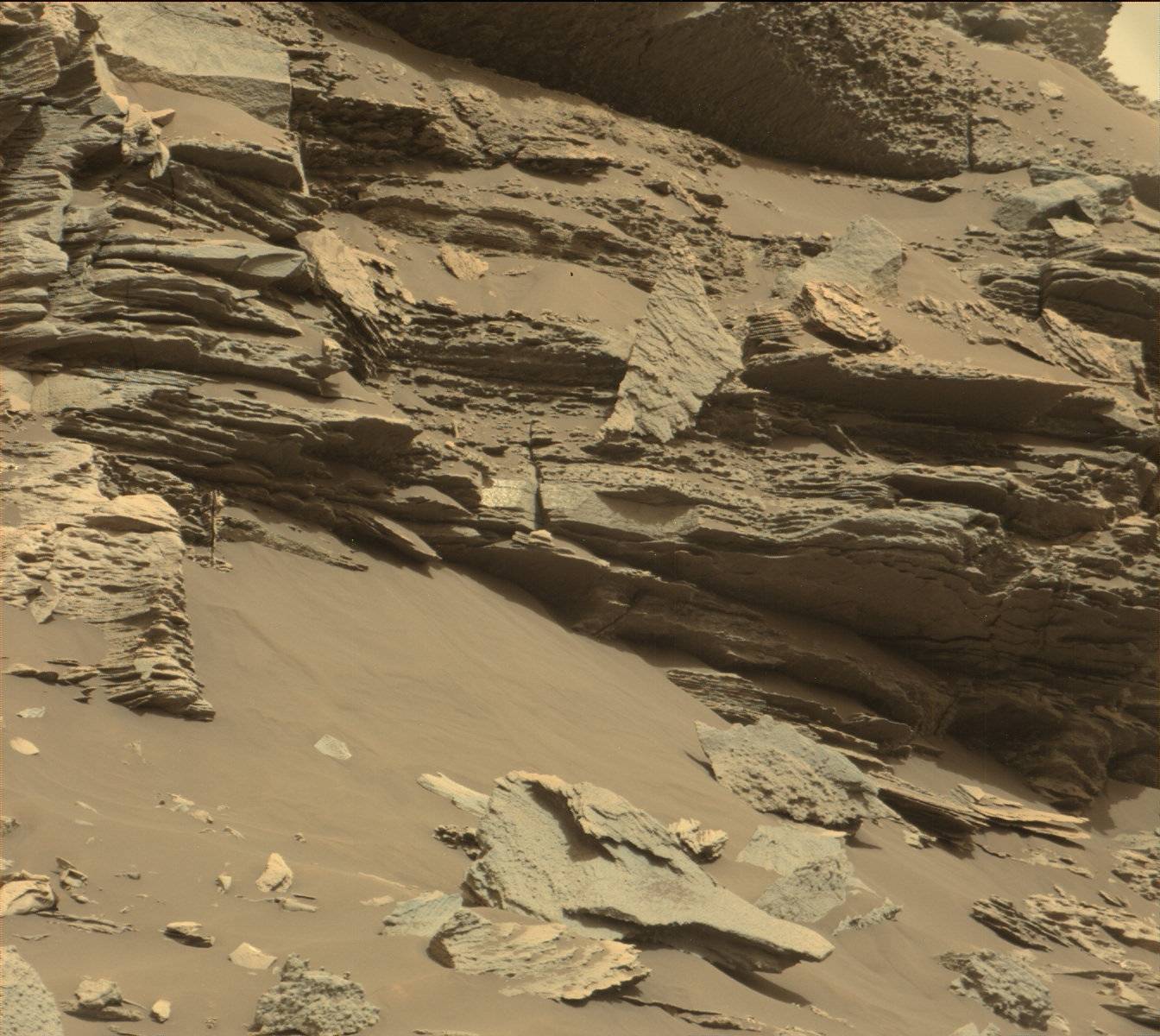 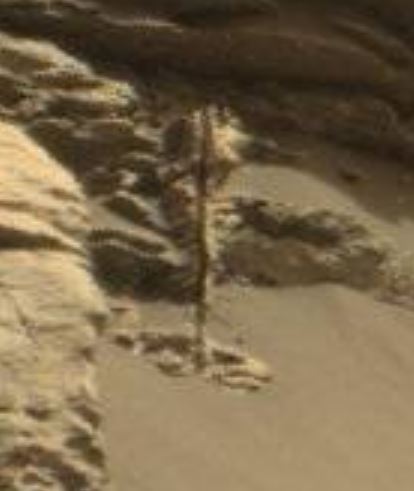 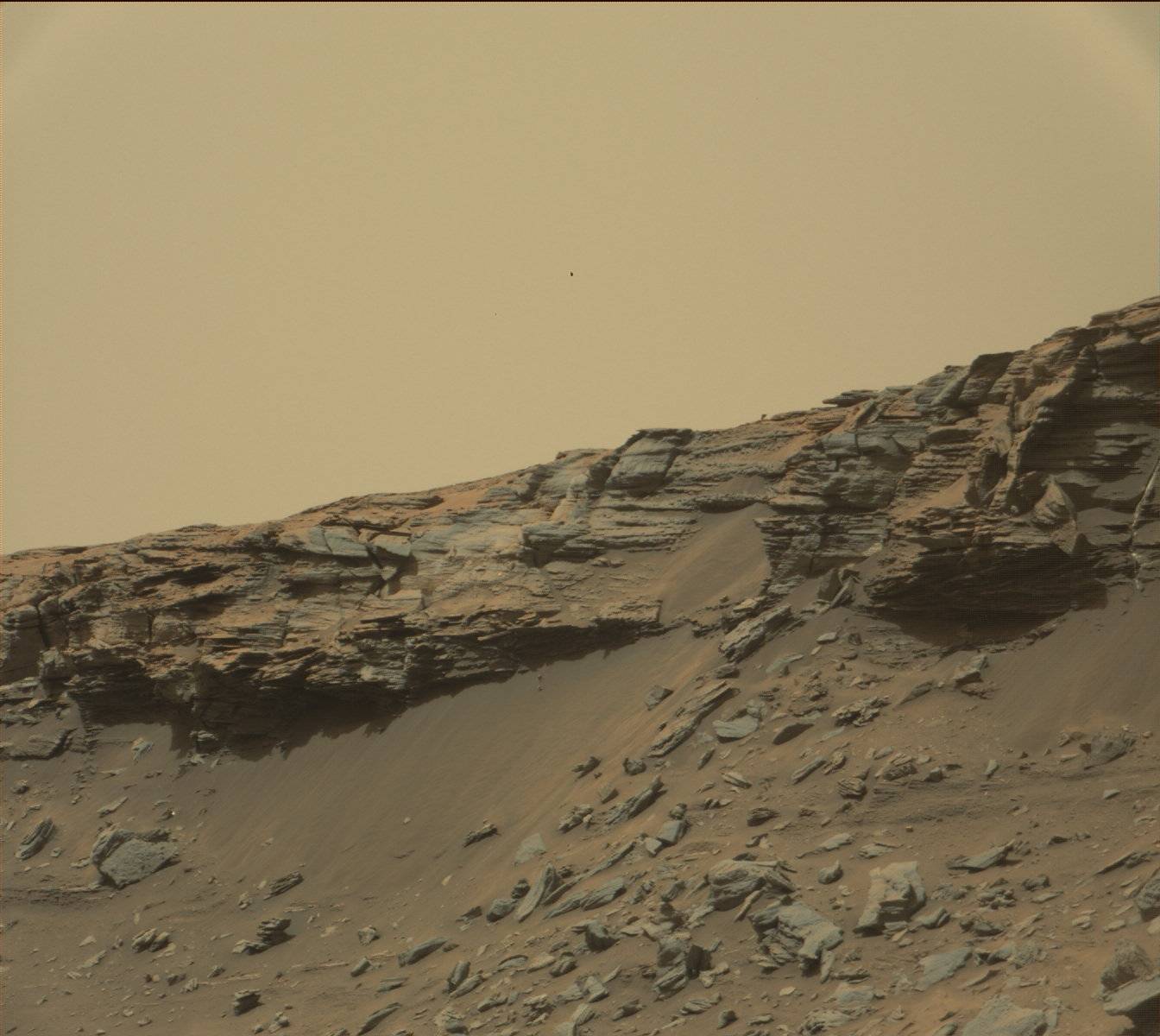 Screen grab from the only gigapan Panoramic I could find... 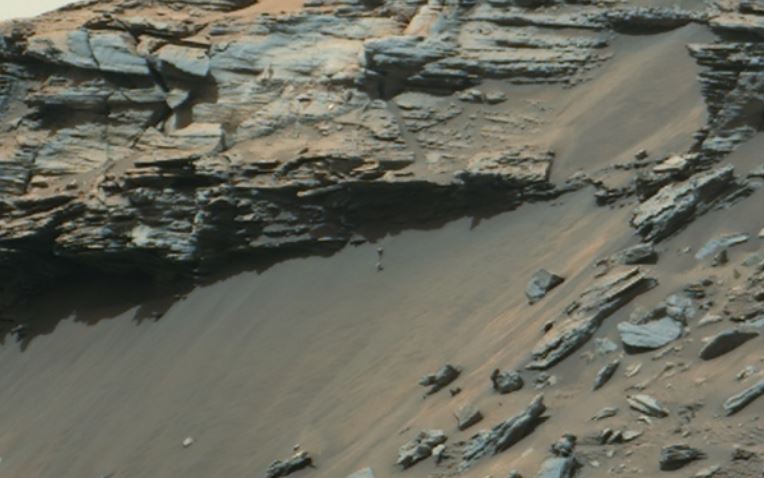 Zoomed in much closer cleaner and better angle shots from a December 2019 panoramic that I can no longer find... 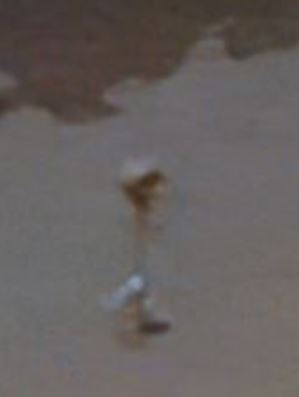 So there you have it, for your viewing pleasure. The direct links..
Nasa site

The only Gigapan panoramic I could find.
Gigapan

posted on Apr, 18 2020 @ 08:13 PM
link
a reply to: TheAlleghenyGentleman
I agree they are all odd, but the first image you can find old threads talking about it. I decided to post what I found back then, but never posted it. It looks like a skull on a stick. The back dot shows up all the time in all of the images, it's a scratch or artifact on the lens of camera.

posted on Apr, 18 2020 @ 08:20 PM
link
I am surprised Nasa never really investigated things like that close up. If it is something oozing out and crystal sediments you would think they would get a sample. That and the fact they equip the rover with the worst cams on the planet. Hell my old android 1.2 version cell phone from 2008 has 5 megapixel camera on it.

Makes sense about the dot. Im not sold on the skull but I definitely see something there. The last couple pics look like a slot coin operated binoculars. Strange indeed

The top looks smooth and shaped like a skull and light shining off it it's so smooth. Then the indent on the side like a skull would have. I am just saying it looks like one not that it actually is, just making that clear. Just posting it for others to see.

The first images are from the past posts, oddly just to the left of that image out of view... is a lot of white crystal like quartz veins. One image looks like a large sum of gold deposits. Something is very shiny there reflecting a lot of yellow light there. Like pyrite or gold. Nasa needs to come back to Murray Butte in my opinion and get up close up on the cliffs that the rover cannot go. With that helicopter they are making. Some dark cracks look like there is some bio luminescence. Something in there looks like it's putting out it's own light.

I too, wonder about this 2 billion dollar rover and it's 2 megapixel camera.

It has been running on another planet for a long time though.

They have a few hundred thousand images.

Really hoping the resolution on the new rovers that will be touching down soon enough, actually looks like images where you can make out whether something is a rock or a skull on a stick though.

Your 2008 phone might have had a 5MP camera, but when developing an interpanetary probe you work on the technology you have at the time, and that doesn't just include a camera CCD, it also inclueds the other circuitry and software associated with it - icluding the capacity to broadcast those images back to Earth. You can't retro-fit technology just because better stuff comes along 5 minutes before launch. You also have to allow for the fact that there are 17 cameras in total, all taking photos that need sending back using a small transmitter. Anything that adds mass to a probe like this imposes a fuel cost to the launch and stops other experiments being added. it's a balancing act between pretty pictures, engineering and science. Pretty pictures don't always take priority.

posted on Apr, 19 2020 @ 03:46 AM
link
Certainly a fascinating find. It does look out of place. It's not like NASA can say it's a rock or anything. I do wonder why they don't investigate these types of mystery. There seems to a few on Mars that could do with a drive by.
It's almost like they tease us with them, and drive the other way.

Or they could be edited into the picture just to mess with people. It wouldn't surprise me.

Hi. Is there a reason there is no shadow?

posted on Apr, 19 2020 @ 04:05 AM
link
Does anyone have a estimation on the scale here ? How big is this pole thing if that is what it is. Great photography anyways. Looking closer I believe that it may just be more exposed rocks that have the sand dune sliding downwards around them.
edit on 19-4-2020 by bluemooone2 because: (no reason given)

originally posted by: nerbot
a reply to: sean


Seems like I’m not the only one thinking there’s nothing to see here, unless you’re a skilled crack-climber and your planning on maybe one day scaling the rocky outcrops of Mars

posted on Apr, 19 2020 @ 05:40 AM
link
To be fair,
I imagine these photos are primarily not of an extremely high resolution, and are subject to an awful lot of processing; 'artefacts' in the image could result.

I have a masters in photography, and I can tell you that the lighting on the object in the first two images is consistent with the lighting of the surrounding rocks. It comes from a very steep vertical angle towards the right, slightly away from the camera.

To me, it looks like some kind of plant growing there.

originally posted by: sean
I am surprised Nasa never really investigated things like that close up.

Oh, I would bet money they do. That is quickly classified and no information available. I mean how can scientists see some of the artifacts I have seen and not drive up to them or as close as they can get. Some artifacts are rocks people see things in. However, some of them imho defy natural explanation. For me, there IS evidence of a previous civilization that has been obliterated. If it is even millions of years old, there would be very little found on the surface with sands blowing all over. And if is it hundreds of millions or billions of years old, well the destruction would be even more complete.

That totem looks like it was placed there recently. The one with the circle around the base would be covered in sand if it was old I would think. Very cool find indeed! Thanks!

Except for the hole around the object, there is no other disturbance in the area. I would think that if gas was shooting sediment off the surface it would disturb area further out from the object.


Looks like some kind of vegetation. If you zoom right into it it almost looks like there is something spiralling around, getting wider and wider as it goes up.