Did i get Maggy pregnant ??!

posted on Apr, 15 2020 @ 06:17 AM
link
So several weeks ago, before the lockdown, my sister left her just approx 11 weeks old (still very small), tuxedo boy kitten around with us for a weekend

Normally im hesitant as my maggy who is 6 months old isnt spayed yet - was going to get it done last month, but then all this corona happened.

Anyway, the last week or so maggy is more and more seeking out random places like ontop of the cupboard to gaze and watch the world go by

She is also shedding her fur a lot more than she used to do.

She does look a bit chunkier, wider, just around her belly and legs, but i cant feel any kittens.

Is it likely she is pregnant.
Thanks 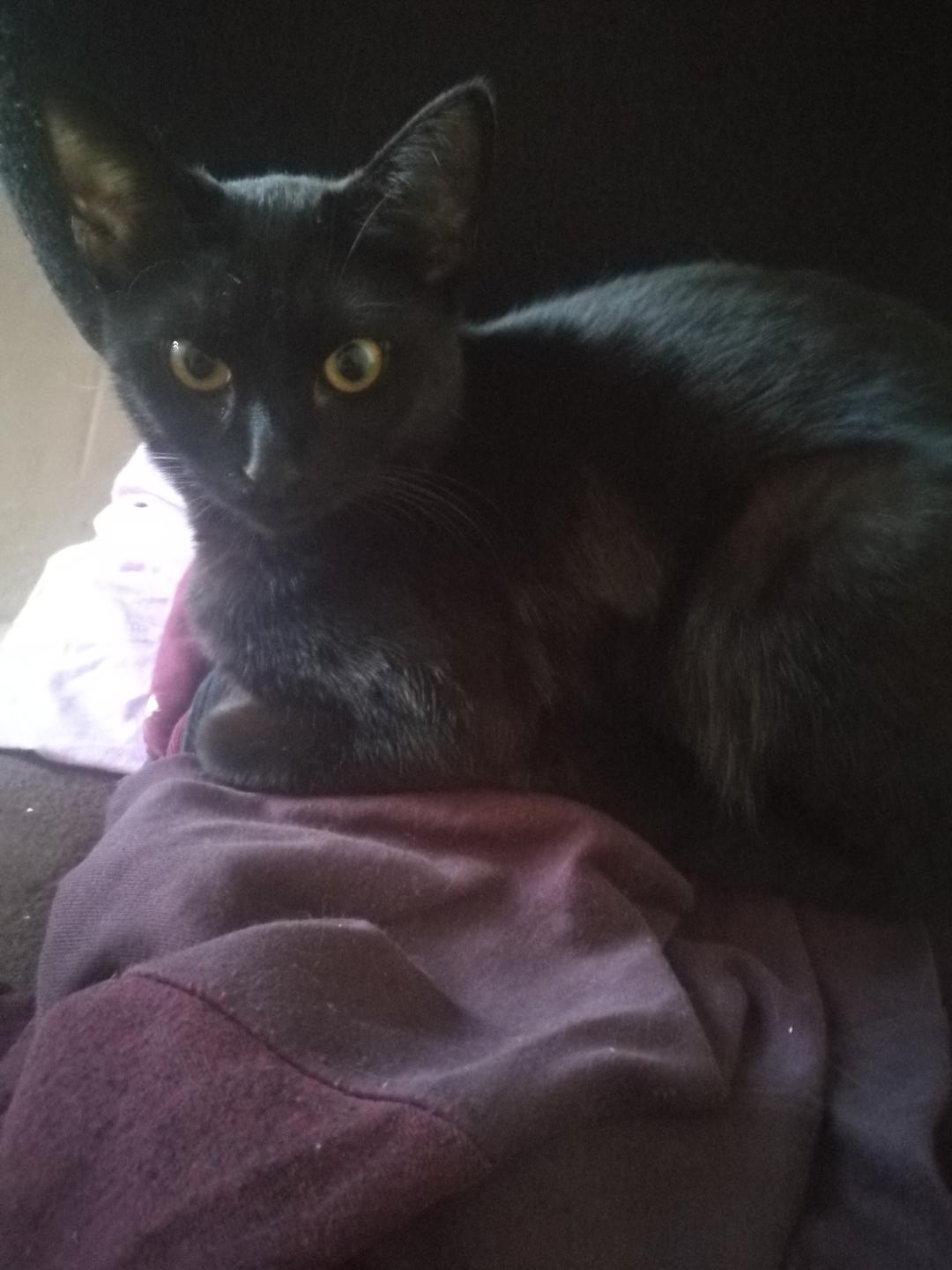 Also she has fat legs so the picture is a bit decieving
the second pic, i lift her leg up and as you can see her belly isnt actually that big
the male stayed here about 5 weeks ago for 2 nights so if she did get pregnant now would be the time id start seeing the signs?

posted on Apr, 15 2020 @ 06:21 AM
link
sorry about the quality of the second pic but it was hard to hold her leg up and take a pic of her at the same time, but as you can see her belly is not that fat, not can i feel any kittens

tomorrow will be 5 weeks to the day when the male stayed over here
edit on 15-4-2020 by PandaPrincess because: (no reason given)

posted on Apr, 15 2020 @ 06:28 AM
link
The male cat is 11 weeks old? He shouldn't be hormonal til about 4-6 months. He does need to be neutered asap, as does your cat. If your cat goes into estrus when he's ~4 months old while he's there and they're not fixed you will have kittens as soon as he figures out what he's supposed to do.

You can use a search engine to find out all you need to know. Including information on how to mind your own business in regard to your neighbors trying to enjoy themselves.
edit on 060000002706amb20America/Chicago by Hushabye because: (no reason given)

"How to tell if your cat is pregnant. After approximately 15-18 days of a cat pregnancy, you may notice that your pet's nipples become enlarged and red – this is known as 'pinking-up'. Similar to morning sickness in humans, your pregnant queen may go through a stage of vomiting."

Haven't had a cat in awhile but worry about my 7 month old pup, for the same reasons right now.

"How to tell if your cat is pregnant. After approximately 15-18 days of a cat pregnancy, you may notice that your pet's nipples become enlarged and red – this is known as 'pinking-up'. Similar to morning sickness in humans, your pregnant queen may go through a stage of vomiting."

Haven't had a cat in awhile but worry about my 7 month old pup, for the same reasons right now.

"Your queen’s tummy will start to swell, but avoid touching it so you don't risk hurting mum or her unborn kittens. There can be other causes behind abdominal swelling, so monitor your cat closely for any signs of illness and consult your vet if you are worried."

Read through that link, and google is your friend in times of the closings of places as well as any other time.

The title of the thread really had me worried.

posted on Apr, 15 2020 @ 07:33 AM
link
a reply to: CriticalStinker
Same,
Im normally for the stay at home crowd but I think this fella might need to get out of the house for a bit.

11 weeks old is too young for a male kitty to get "urges". Have you wormed Maggy? Worms could explain the distended tummy. Even if you wormed her once sometimes it takes twice to do the job.

posted on Apr, 15 2020 @ 08:58 AM
link
If she started going high, like on top of cupboard while the other kitty was there, it might be that she was just trying to claim a spot away from him. Now that hes not there, she just likes spending time on top of her world.
Or maybe the other kitty taught her the habit.
Did the two cats get along okay?

I don't know if this well help but I hope it does.

I have four Siberian Huskies. Maxx and Bellah are three years old and their children Tamar and Goliath will be two in July. Bellah only had the two, but that is another story. Each has their own unique personality and are very outgoing sometimes downright dramatic.

My brother called me on Monday to ask if my pack was behaving any differently because he had noticed a change in the behavior in his animals. The call came right after I had had a sit down, you are about to meet Jesus, meeting with Goliath. The sweetest most docile of the pack. He snapped at me when I told him to come in. I wasn't that close to him and it wasn't a biting snap. He jerked around, sat down, and was being overly vocal and bouncing his head, like you would expect from a spoiled teenager, feeling his cheerios, and maybe trying cuss words for the first time. An outright rebellion.

When I walked over to him, he rolled on his back and buried his head in his paws, because he knew he was wrong as two left shoes. My Mother started laughing. I told her don't encourage him because he was booking himself a ticket to meet Jesus. I think he understood because he jumped up and ran back to the porch door sitting and waiting for me, what he should have done in the first place.

So my Brother's call made me realize that they had been behaving differently. Their play is more energetic, they want so much more loving, and sleeping for much longer periods. Then last night when my neighbor brought over more baked goodies and some stuff from the garden, she asked if my dogs where acting any different, because her Bella has stopped eating they way she used to, and she has to basically sit with her for her to eat, and Kahlua who is the runner, almost has to be made to leave the house.

Around here many are noticing a change in the animals behavior, including bees, chickens, cows, pigs, donkeys, and horses. So maybe her behavior doesn't have to do with being pregnant.

The humans are home all day. Its torture, it's like the poor animals have to be on good behavior all day, every day. When was the last time they could cut lose in the house, chew up a new shoe?

Lol.. I am only halfway kidding.
The humans are home all day. They are uptight, afraid, worried... the animals pick that up and they become uptight because of it.