posted on Apr, 14 2020 @ 09:57 AM
link
It's pretty clear that biden is the democrats choice to run for president.
It's clear to me his mind isn't functioning properly..
That's not a knock on his ideology but on his cognitive ability.. That is really concerning.

If they had been important more vices would end up as President.

Anyway is biden wins the election and let's be honest, it's possible, there is a good chance he will not fullfil his term.
So who should/ will he choose?

Notice it's all women...
I think he will go with klobuchar.
I don't like any of them but it's not about ideology.

I'm not sure she can.
She's not old enough to be president.

Biden was born in 1942. That will make him 79 in the year he takes office, and 80 less than 2 years after taking office.

Very few people over 80 have the mental or physical stamina to withstand the rigors of Presidential office.

Biden has had brain surgery and several brain bleeds. The strains of office greatly accelerate ageing in the average President . I'm sure you've seen your share of before/after photos of US Presidents, before elected and a year or two later with many many Presidents the aging is not just accelerated it is exponential.

I would not expect Biden to survive either mentally or physically even the first year in office.

Therefore, his choice of VP will be the REAL nominee of the Democratic Party.

Biden is the front man for "electability" with the real and true nominee being the VP choice.
My first guess Hillary,
it will NOT be Cuomo (he is a white male and that will rule him out entirely for most Democrats),
second guess Harris,
third guess Klobuchar but Klobuchar is way too rational and sensible for Democrats, to be the VP choice, and likely to be opposed by the deeply socialist AOC and Squad who are currently the "voice" of the Democratic Party.

Whoever it is, treat the next election as if the female or Hispanic or black VP nominee as the real nominee, because she will be.


Biden in front of a large rally for "Biden for President"
clearly demonstrating his current cognitive abilities and common sense
in front of a very large crowd. 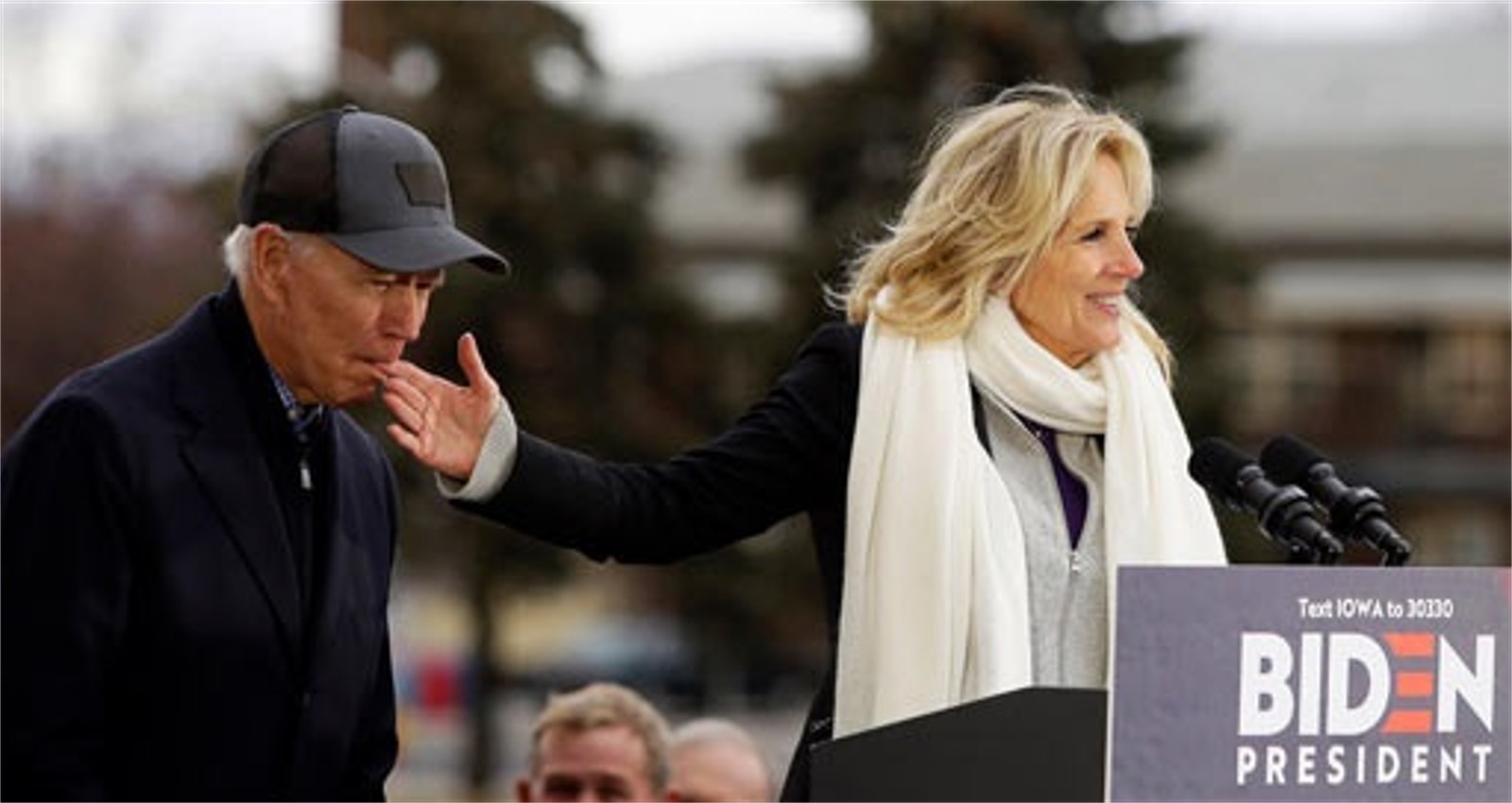 That wouldn’t surprise me in the least . God forbid by then wins the dems will kick him out within a couple months.

So the Democratic Party might want to sneak her in the back door .


Yep the DNC "owes" Godmother (in the Godfather sense/not any nice fairy I ever knew - Don Corleone style) Hillary the Presidency after she "did" so much for them and stayed with a man who humiliated her for years with his roving appendage that just would not stay under the zipper - they darn well owe her - and she won't let the DNC forget it.

posted on Apr, 14 2020 @ 10:41 AM
link
I mean I knew they were gonna force Biden in when he said he was running for president. It would be too obviously rigged though if he chose Hillary.

Im just gonna throw this out there, i don't think Biden will make it to the Election. He will drop out before it even.

This would destroy Americans faith in the election process and cause mass civil unrest.

We ALL know that if it is Hillary then he will have an unfortunate medical event (natural of course) within months of taking office that's the way Godmother Hillary rolls.

originally posted by: seeker1963
a reply to: Bluntone22

originally posted by: Fallingdown
Actually his best pic to get voters would be AOC .

TBH, I'm not sure it could get any worse than Trump anyway. I mean look around. I don't know how many people vote but let's say 100 million people vote for the two main candidates (and whether we like it or not that's what it is), If 50 million people voted against Trump because they simply had a difference of opinion with him, that's one thing.

If 50 million people voted against him because they despise everything he stands for AND he equally despises them, that's gonna be a #show. No two ways about it. We don't need another four years of this. What's scary is to look back at 2015 and think about how the Trump presidency has dragged us all through the mud (and frankly, the poop mixed in with the mud.) How much worse do things have to get before Trump supporters admit this man is bad for our country?

Cuomo and they end up pulling Biden.

Not saying I like it... Just what I see happening.

I think you're right but it will possibly change over the next several months based on how we recover from the virus shutdown.

It's all split on urban/rural lines and urban has more people so every election will be tight.

Don't think so.
He will pick a woman.

The dems will lose and Cuomo will be a factor in the 2024.


originally posted by: Fallingdown
Actually his best pic to get voters would be AOC .

TBH, I'm not sure it could get any worse than Trump anyway. I mean look around.

If 50 million people voted against him because they despise everything he stands for AND he equally despises them, that's gonna be a #show. No two ways about it. How much worse do things have to get

Go for it, and teach the world what really stands behind the principals of the DNC, nothing, they will throw away and back stab constituents, throw away their values, all out of hate and spite. I've seen this rationalization over and over and over. It tells me a great deal about the character of the Democratic Party and it's voters.

Yep, this is the President you are clamoring for who isn't Trump, just because he isn't Trump, well if this is what you want....and who you feel best represents everything you and the Democrats/liberals/progressives stand for, then vote for him. Because voting for him is actually voting for this and approving of this: 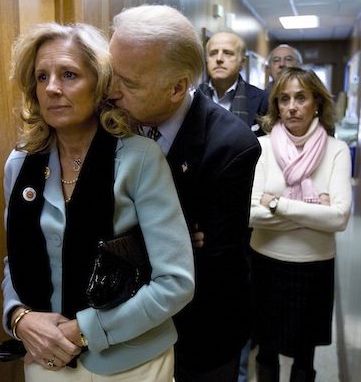 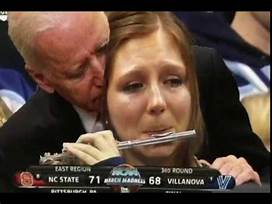 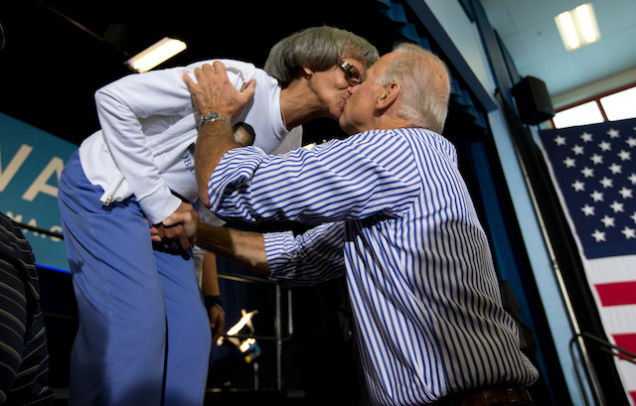 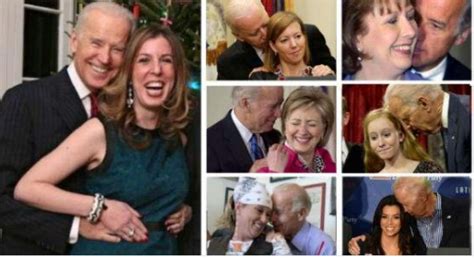 My conclusion for anyone who wants to see Uncle Joe and Don Hillary as VP:
Brain dead man walking Uncle Joe
combined with Godmother (hit person style) Hillary
is the worst combination ever
guaranteed to destroy the nation utterly and completely.
Both with pasts ripe and ready for immediate impeachment proceedings to begin, before swearing in.

But as many democrats strongly imply on ATS say!

It is totally worth it to metaphorically nuke the entire nation just to get rid of Trump.

Love those Democratic Party values, at least they are telling the truth
about their true and deep value system,
that the people of the US is better off metaphorically dead than have Trump as President,
because Trump, all 60+ million who voted for him
and every conservative in the entire US are evil incarnate
and the US must rid themselves of these people
(Another common liberal/progressive/Democratic Party sentiment
seen frequently on ATS in some form or another).