Nine out of 10 Covid 19 peaks correct. Not to shabby

“ Pandemics” from a “highly contagious” surface and airborne virus. Shouldn’t peak in 4 to 6 weeks.

Italy is the litmus test for my decision.

Using China and South Korea as examples . I noticed that the peaks came within 4 to 6 weeks of initial reports .

So Italy was my litmus test and panned out. 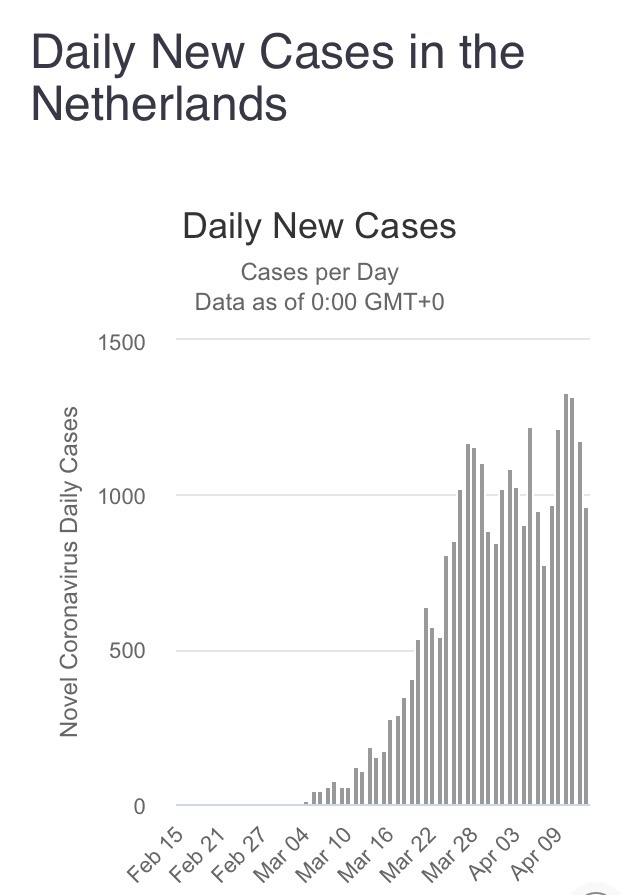 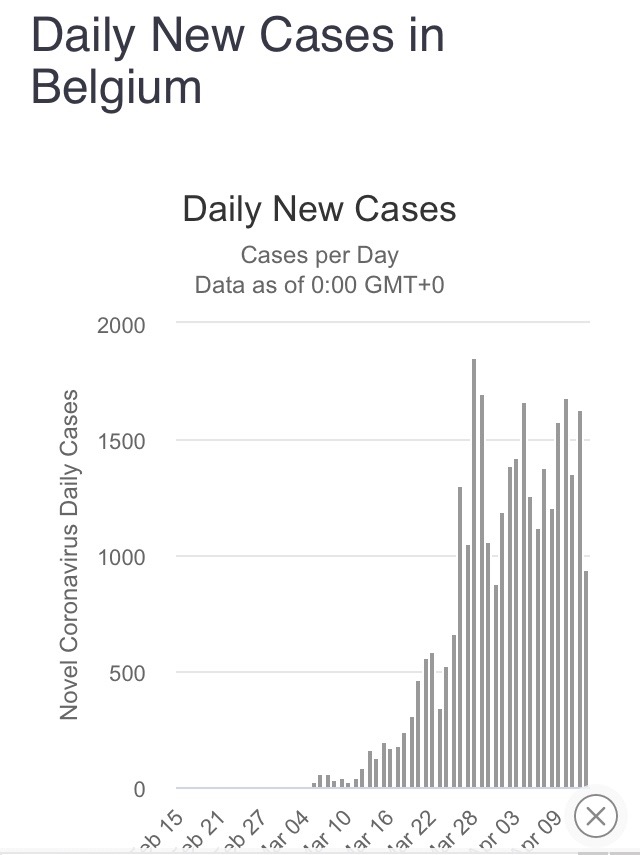 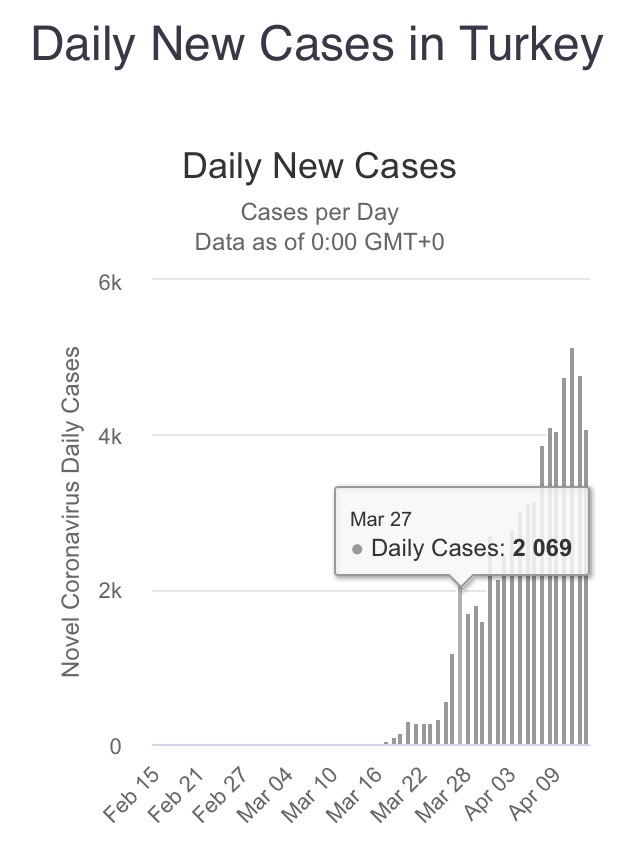 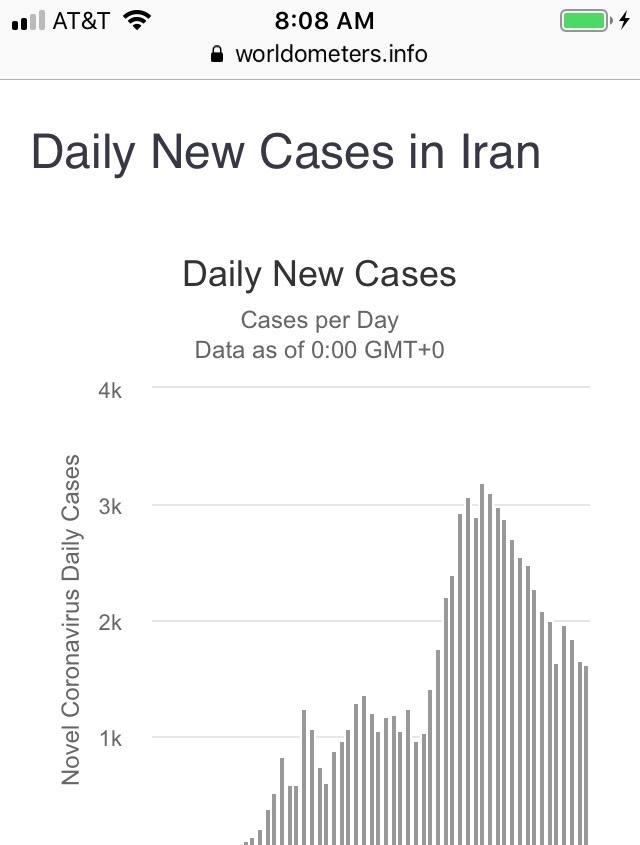 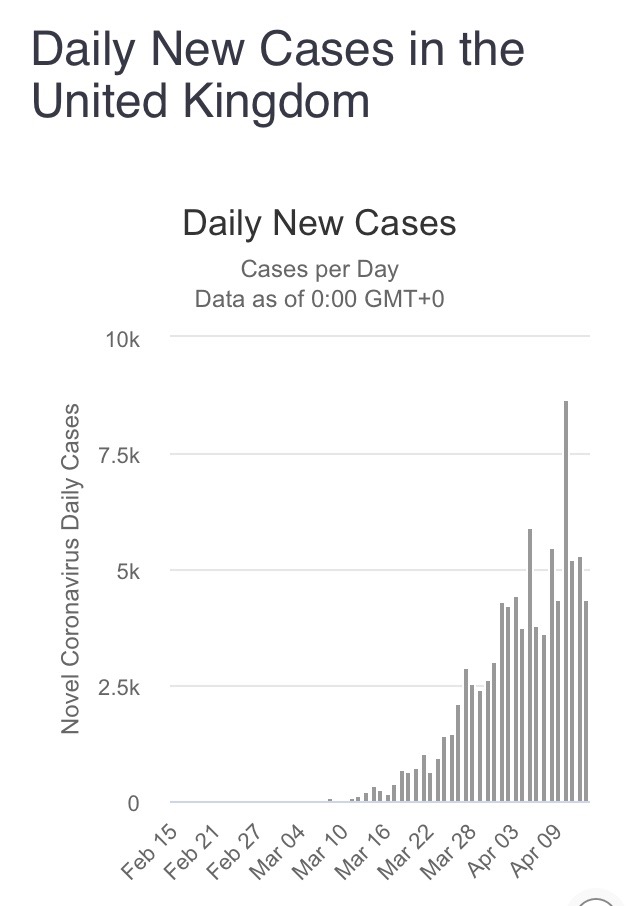 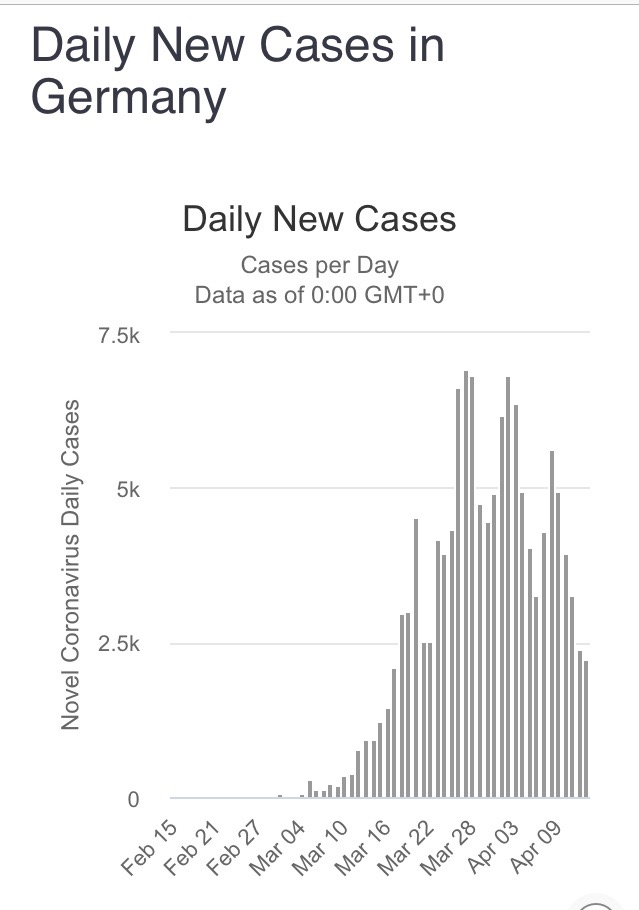 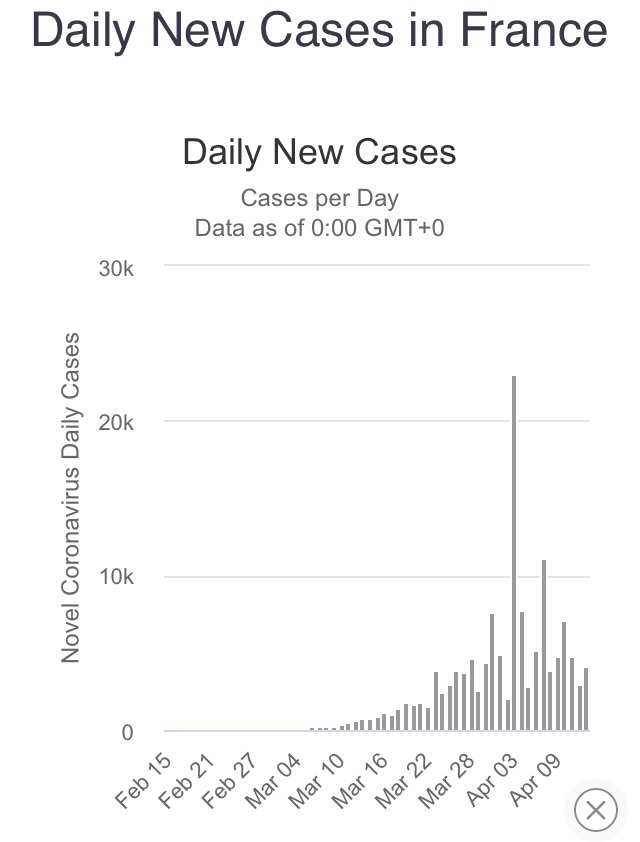 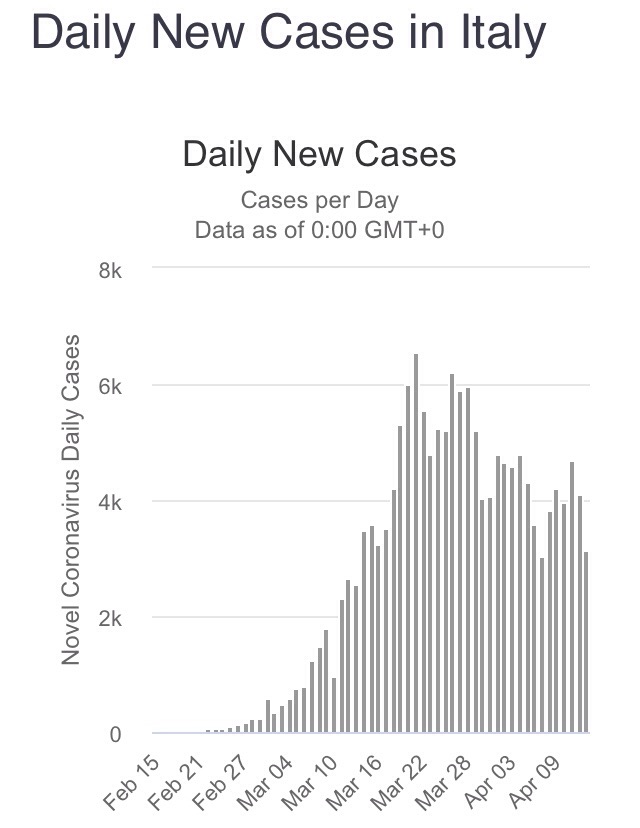 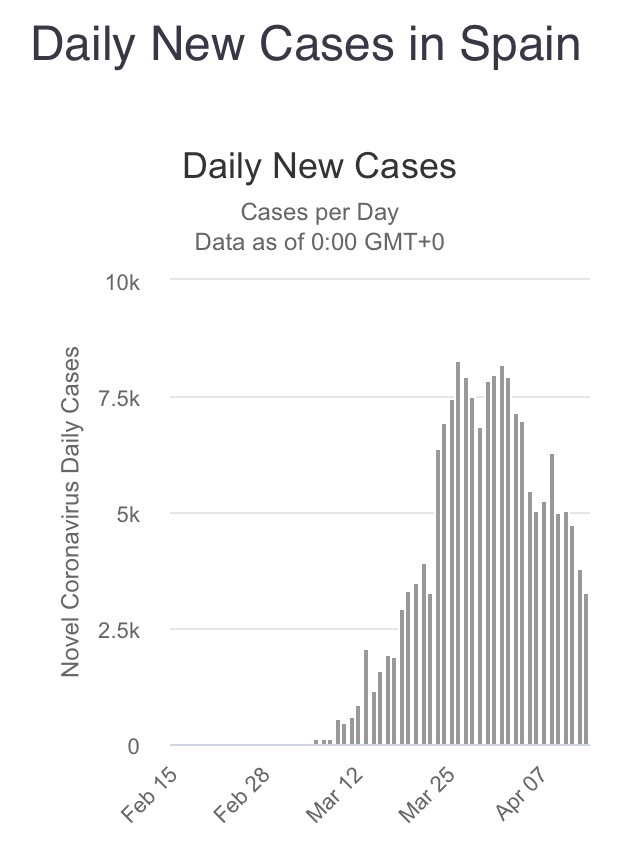 
You do realize that all those countries are on lockdown to achieve exactly that, break the exponential spread of the virus.

So you think a lockdown is going to cause peaks within the same window in every country .

By me a lottery ticket .

Read the original thread I was reminded of that for China and South Korea .

If you look at all fell within the range of the main incubation period .

Personally I don’t think self Quarantining had any affect on the virus .

You can’t save the world from a pandemic with a couple weeks of lockdown .

So there were lock downs from March 9 to April 11. And miraculously lockdowns and social distancing defeated coronavirus together during the last week of March or the first week of April .

If the news had never reported on it, and no one changed their behavior, lockdown aside, if you don't think it would have been worse, you're a ripe idiot.

“ Pandemics” from a “highly contagious” surface and airborne virus. Shouldn’t peak in 4 to 6 weeks.

Italy is the litmus test for my decision.

I’m curious. Exactly what kind of mathematical reasoning did you use to arrive at that decision?


So nobody wants to talk about OP?

You think if everyone saw a news report they were going to take precautions and again peak cases per country would miraculously fall in the 4 to 6 week window .

Despite the fact that the chances would be slimmer than you running a how to meet friends and influence people club .

In case you haven’t noticed.

The vast majority of People are pretty stupid .

I’m just curious how are you gonna shoot holes in it ?

originally posted by: Fallingdown
a reply to: moebius
Personally I don’t think self Quarantining had any affect on the virus .


No way to prove it did even if you wanted to.

Or - I'd like to see the double-blind placebo controlled test designed to prove it.

You can’t save the world from a pandemic with a couple weeks of lockdown .


Nope. You can at least begin to condition people to accept lunacy as a new normal though.

At last thank you for engaging in an actual discussion .

I’m a little taken back on the response to this thread .

You’re dumb, you’re an idiot, what mathematical equation did you use .( loaded with sarcasm )


Nobody wanted to look at the OP till you showed up .

I think the lockdowns and the social distancing are just a way for the politicians to claim victory .

The sad part and this thread as an example. Is that people are buying it hook line and sinker and as you said with no proof .

originally posted by: Fallingdown
The sad part and this thread as an example. Is that people are buying it hook line and sinker and as you said with no proof .


I'm actually starting to get a little encouraged.

Yes, this lunacy is showing just how many people are susceptible to being controlled.

But I also firmly believe that it is backfiring spectacularly - like much of what the leftists and tptb have been doing of late - in that it is waking up a whole of people who have been and otherwise would have remained asleep.

Time will tell, but it is possible we are getting ready to experience first hand that warning from our forefathers:

"The tree of liberty must be refereshed from time to time with the blood of patriots and tyrants."
T.J.

I don’t have a lot of faith in humanity thinking for itself . Proof is gonna have to be overwhelming and in their face . In real life when I try to engage people in these conversations. They don’t care they think it doesn’t apply to them .

Crap I just made another prediction if I’m right people will call me names . Lol

originally posted by: Fallingdown
a reply to: tanstaafl
I don’t have a lot of faith in humanity thinking for itself .


Lol - nbo worries, I understand, and have felt the same way for a long time. this is the first time in a very long time that I've had real hope, so I'm not gonna let you ruin it for me!

The good news, like revolutions, it doesn't take much... if only 3-5% of the population wake up, it will be enough - but the more the better/faster.

posted on Apr, 14 2020 @ 11:51 AM
link
a reply to: Fallingdown
A nice piece of graphology you posted there. They all look about the same. BBBuuuttt, why don't the Worldmeters put them on the same graph?
All different parameters. Top of graphs:-
1500 Netherlands.
2000 Belgium.
6k Turkey.
4k Iran.
10k UK.
7.5k Germany
30k France.
8k Italy.
10k Spain.
Now overlay the UK, Germany, France, Italy and Spain on the graph for the Netherlands. Then come back and say there is no pandamic. The difference is great.

originally posted by: Fallingdown
a reply to: 1947boomer

I’m just curious how are you gonna shoot holes in it ?


I’m not questioning that you are pretty good at recognizing patterns.

What I’m asking is why you think that just because the epidemic curve for some country—like Italy, for example—peaks in 4 to 6 weeks after the first cases are reported that that proves it’s not a pandemic?

The term “pandemic” is simply defined as an epidemic that crosses international boundaries, usually on an international scale. Are you going to claim that COVID19 doesn’t meet that definition?

This is gonna get bad ! The Media says so !

posted on Apr, 14 2020 @ 12:34 PM
link
One professor had opinion that China and South Korea allready were in the peak ,and they started the lockdowns after it was allready in peak.

Open the gates and let people free, this is just harassing people and fearmongering.


This is just all a scam

I was looking at the peak per country and there were different times when the infections started .

When I made the original thread everyone was talking about CV being a super spreader . 70% infection rate worldwide At least now I know that people who study infectious disease live by the motto when in doubt go big . Why doesn’t anybody question those charlatans and their failed predictions ?

Dr. Fauci should be standing in the unemployment line with everybody else.

At 4 to 6 weeks if it was as dangerous as they said it should’ve kept climbing.

Around mid March was when the panic was at its highest .

They called it “flattening the curve” . Which goes back to a CDC report in 2007 seldom used and almost discarded .

But it sure as hell made a good soundbite when said with authority 237 times a day on CNN alone . (Jk) Cool new term that let everybody know they were in charge and they alone had a handle on things .

Until just recently everybody just called it the peak . Hence my choice of words .

A lot of people say the quarantine is what did it. I don’t believe that for second people just Quarantined the virus in their home.

Like I said in the OP you can’t say it’s a coincidence that all countries peaked in the same window .

The conspiracy theory in me makes me wonder if it was engineered that way.

i’ve been grumbling under my breath and I want to make one thing clear about this thread .

If I wanted to do that the title would’ve been” I called it”. I’ve seen a couple of those threads and they were much better received .

Personally I put it down to social standing.

I did offer a litmus test in mid-March . I said if Italy peaked in the same period as Russia and South Korea . I wasn’t buying the deadly pandemic BS .


I checked today on the other countries and it’s surprise the # out of me that everything lined up .

This pattern is something we should be talking about I don’t want any kudos.

I’m still doing a slow burn over the earlier .

Because Russia and South Korea both had their peak in that window . March 13 put Italy about two weeks from their window if they followed suit with Russia in South Korea . It also tied in with the incubation period of 1 to 14 days .

It was a hunch I thought it was a good one . I’ve been told throughout my life my brain doesn’t work like everybody else’s . Lol

If one country does it they think you’re crazy. If two countries to do it they might think it’s queer. If three countries do it you've got a trend . If 9 countries I said 9 countries come in and peak in harmony you’ve got a movement