There is new evidence that COVID19 WAS lab grown

Truth must be denied to save face. Not to do so is to be the nail that sticks up when all others are pounded down.

Truth must be denied to save face.

Save face above all else, or the nail that sticks up will get pounded down.


originally posted by: PhilbertDezineck
a reply to: The2Billies
From what I've read this was created at the University of Illinois and sold to the Chinese in 2015 where they proceeded to cut and paste the different parts together.

I certainly would not want to be the nail that sticks up.

This reminds me of people who, when challenged, just cry "racist!" whether it makes sense or not.

I'm not disagreeing (or agreeing) with you. But how about formulating a real response to people rather than practically copy and pasting the same catch phrase over and over? It makes you look silly.

Formulating a real response requires a real comment to respond to rather than an obvious attempt at deflection.

Not really. You could explain why it was deflection. Two of the comments you responded to like this were directly relevant to the OP.

It's nothing wrong with sites that have an agenda, necessarily, but one must always consider the biases of the source or allow yourself to be manipulated.

originally posted by: Alien Abduct
a reply to: The2Billies

Still parroting MSM garbage (ie: ignore the OP, attack using emotions with secret fascist sentiments) and obsessively denying the chinese bio-weapon was created in Wuhan whilst rabidly blaming Trump for all deaths everywhere and desperately attempting to link Trump to its deliberate release into the public.

10/10 for effort but a massive fail nonetheless.

Billies, I'm in lock-step agreement with your OP, other than not being dntirely confident in the "how" it got out (lab animal sold for food, or for grinding up and pressing into "boner pills" or whatever, or accidental escape from containment due to poor processes, etc.) I do not think anyone purposefully released it - I think someone(s) screwed up big time!

That said, especially given the response to the outbreak, I think a few things. Pardon my ethnocentric take, I'm speaking from US perspective - the same applies to many other nations as well.

However - for reasons, we didn't want to call them out. Maybe we have been behind the scenes. Maybe we're working on building a case. I don't know, but I think it is known, and it is being discussed at the highest levels. I doubt it was "on purpose", so I don't think we want to trigger what would become WW3, but I do think we MUST demand changes, and ideally, monitoring.

If we could prove evidence of negligence, then I believe China should pay reparations to all affected nations. This would, of course, effectively make China a permanent vassal state of the rest of the world if done in full. That wouldn't happen - it would have to be delicately balanced or they would have no choice but to go to war.

For the US, at the very least, the 1.1T in US debt they own should be canceled - its less than half of the Coronavirus stimulus, and a far cry less than that in terms of lost income, value, etc. If they go through a 30-year depression, I think that is fair. And a warning to the rest of the world to tighten up their biological research security.

None of the above paragraph will happen, its just what I believe is minimally appropriate. I would settle for fixing their pandemic-forming-friendly society immediately and without fail. If not, demand and enforce a complete sealing of their borders. Nobody and nothing in or out without a strict 30-day quarantine. The other part, I would say they can choose between either a thorough, public apology, or 50% of their GDP until all damages have been recouped.


originally posted by: Alien Abduct
a reply to: The2Billies

There has been no doubt in my mind since this first manifested that it was manufactured in the lab at Wuhan. Convince me otherwise. That means present clear evidence, not just ad hominem attacks and name calling.

That's easy for you to say when no one can prove either side. You can't demand proof from someone to support their argument when you can't do the same.

I did not blame China, I clearly called it an accident. A very bad accident, that happened in China because of poor oversight of a bio-weapons lab. An accident nonetheless.

If it was an accident they are still to blame. You don't have poor over site in a level 4 lab or you get blamed.

I have heard some theories that it did not start in China. It was brought to China and took off when one way or another the virus found it's way to the wet market.

originally posted by: dogstar23
For the US, at the very least, the 1.1T in US debt they own should be canceled - its less than half of the Coronavirus stimulus, and a far cry less than that in terms of lost income, value, etc.

I'm totally on board with this.

Excellent video. All public information. Myself, I would have no clue how/what to look for. I cannot read any Chinese.

posted on Apr, 4 2020 @ 08:34 PM
link
This has been confirmed by a prophet named Tracy Cooke. Because of his track record I am 100% convinced hes right. He predicted the resignation of Pope Benedict XVI in 2013 before it happened and 9/11 I believe a week in advance. God once gave him the name & address of the head witch in Charlotte NC. He went to the house, knocked on the door and the witch said to him: "I know why you're here!" The spirit over that city was broken.

Also many prophets are saying this thing will change very soon. Shawn Bolz, ​Chuck Pierce, and Tracy Cooke say that a “shift” will take place with COVID-19 by the end of Passover (April 8-16)...

Whether the total death toll ends up being 200k or 2m, they're incremental deaths. The car accidents, cancer deaths, people falling into holes deaths, etc, will still happen. What's frustrating about this is - if it truly was a biological research facility containment failure (which we know full well has happened multiple times in China), then they're all incremental, unnecessary deaths, entirely caused by gross negligence at best.

If it were to be found that this originated with a lab animal sold for food, then the seller should be stoned to death, and anyone responsible for security at the lab should be charged with reckless emdangerment at least. Be lenient - sentence them to one hour for each person who has been killed, suffered but recovered, lost income or was simply inconvenienced by this pandemic.

Truth must be denied to save face. 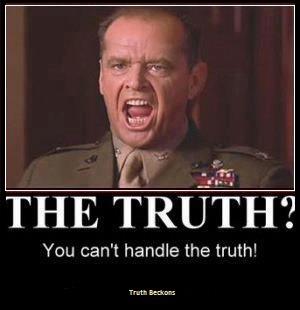 There is no bio weapon

You are totally lost! You dont know even the basic concepts of this manufactured pandemic.

Yes , these Devils are Cunning . The Genie is Out of the Bottle . The Supreme Creator of the Universe Also has a Surprise for them .............


originally posted by: Alien Abduct
a reply to: The2Billies

No surprise, I said I expected this.

Truth must be denied to save face. Not to do so is to be the nail that sticks up when all others are pounded down.

Have fun with your fantasy.

The conclusion that the virus escaped from the Wuhan lab through sloppiness, incompetence, or greed is very believable.

Short-cutting, corruption, and black markets are part of communism -- the part we never heard about in the West thanks to a curious lack of interest by the Western media.

As long as the CCP is in power, what really happened will never be frankly discussed in China.

It did come from a lab. We have already established this. However as many have pointed out here, it is most certainly not a bioweapon.

CLICK ON THIS AND READ.This subject has already been discussed and digested. Any engineered bioweapon would be much more effective than this Covid-19

originally posted by: Alien Abduct
However as many have pointed out here, it is most certainly not a bioweapon.

CLICK ON THIS AND READ.This subject has already been discussed and digested. Any engineered bioweapon would be much more effective than this Covid-19