Im not following who is who and what is what.

Will ATS be held responsible ? No. They probably have legal department that would argue that this is community generated content they dont officially promote.

Will the conspiracy theorists be held responsible if lets say they start breaking public property because they have a hunch about a sinister plan against them...yes. but not the warriors behind the keyboard who told them what a great idea it was or how proud they were of those saving us from evil 5g.

Let me help you with this question:

Answer to the dangers of 5g

Conspiracy is mainstream buddy. Been that way for years. I can probably get just as much information about 5g conspiracies from Facebook as I can on ATS or other left over dedicated conspiracy sites.

The link takes me to a Google search engine!


Answer to the dangers of 5g

Yes the link takes you to an instructional page on how to google common knowledge
edit on 4-4-2020 by HelloboysImbackguy because: (no reason given)

I want to hear from you what YOU KNOW.

Is The “Coronavirus” Actually Radiation Sickness?

The Coronavirus 5G Connection and Coverup

If you’re so technophobic and you’re genuinely concerned about what 5G may (won’t!) do to you, then...why are you even using a computer? Do you live in a home or house or flat? DO you have Wifi? Do you ever use a microwave? Have you ever had an X-ray?

You are bombarded DAILY with all sorts of frequencies, radiations and energy levels from lots of different sources.

The UTTER BOLLOCKS line from your posted video that “they” are using coronavirus to mask the dangers of 5G isn’t just stupid, it’s borderline on severe retardation.

I can’t wait until people like you, those who run and hide at the instance of any new emerging technology change, disappear off the Earth,. Because mankind’s one and ONLY solution to survival is technology. Nothing else.

That really is my point. This isnt new. The conspiracy was that the first studies were funded by telecommunications companies and were incentivized to downplay the dangers.

In the many years since then there have been several independent studies that raised the concerns and made available the information of dangers while also revealing that having a 5g device on your house or near it is no less harmful than putting a 4g cellphone to your head everyday from childhood to death.

Thats why conspiracy theorists moved onto crazier theories no one but God can prove or disprove.

I hear they make viruses, hide the flatness of the earth, link to nanotechnology in our vaccines...the works.

Its boring communication technology that has some inherent dangers like a fuse box has high voltage concerns for bare hands.

How its used with surveillance technology is what worries me.

Im worried because it can be used to link previously separate surveillance systems and make their discovery more difficult... because humans are using this capability for that.

Not because 5G was built with that in mind.

Professionals and private citizens use it for awesome stuff too.

originally posted by: Kenzo
The Coronavirus 5G Connection and Coverup

Oh well then. If *Wikipedia* says so then it MUST be true and accurate! Christ knows nothing false is ever reported on Wikipedia and ever scientist uses it as their first port of call for scientific accuracy.

There it is. 5g disinfo talking about viruses. Because boring old Microphone, video and GPS tracking are nothing to worry about. Lets talk about aliens now too.


China, 5G, And The Wuhan Coronavirus: The Emperor’s New Virus


Many are programmed....your mind is not your mind...because they programmed it .. 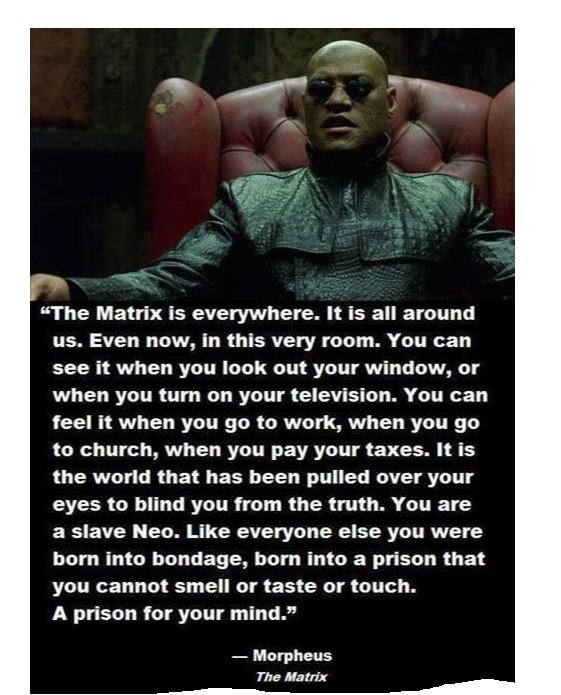 originally posted by: GreenGunther...most people are to ignorant...

The UTTER BOLLOCKS line from your posted video that “they” are using coronavirus to mask the dangers of 5G isn’t just stupid, it’s borderline on severe retardation.


According to the link posted by Kenzo:
Corona virus is radiation sickness.

Corona is the radiation (the invisible rainbow) .... you only see the corona when there is an eclipse of the sun.
Virus means poison.

Arthur Firstenberg wrote a book named 'The Invisible Rainbow'..... 96%of google readers liked the book
edit on 4-4-2020 by Itisnowagain because: (no reason given)

Radio sensitivity research has shown that blood type A is the most sensitive to radiation. While O is the least sensitive:

Our study showed that the radiosensitivity index of A+ and O+ groups was significantly higher and lower than other blood groups, respectively.

And from Coronavirus research:

So in both radiation sickness and Coronavirus victims it’s the A blood types that that are most susceptible and O types are least susceptible. Coincidence?

As far fetched as this 5G/Coronavirus connection seems, this, to me at least, needs debunking if it isn’t a smoking gun.

Is this a clue to a connection between radiation and Coronavirus?

Or just proof of a general weakness in the A-blood type? If so then there must be other things A-blood types are prone to that support this.

So, please debunk away, as I’d like this to not be true!

I'm curious: what do people think an upgrade to 4G is "SUPPOSED" to look like?


I am not sure what you are getting at?
An upgrade to 4G?

Sorry, meant: "what do people think an upgrade from 4G is 'SUPPOSED' to look like in their eyes?"

What's a new upgrade "supposed" to look like then, if 5G's purpose "isn't" about a NORMAL system upgrade? Upgrading is something routine, and obviously NOT a new concept..

An upgrade to a NEW wireless infastructure is NO different, and going to look EXACTLY as we're seeing it now, with 5G. Faster wireless technology OBVIOUSLY requires NEW satellites, NEW towers, and NEW antennae around the country/globe -- JUST AS IT WERE WITH 3G and 4G. New technology requires NEW hardware. Why slap a "conspiracy" to THAT? We are CONSTANTLY upgrading technology. An upgrade to wireless systems is NOOOO different, and nothing new. It's not some new, "nefarious" concept that just arrived. Was 3G the "antichrist" when the time came to upgrade from 2G? NO. So why think it is with 5G? Lol, you might as well still be on dial-up internet if you're paranoid about new or upgraded technology...
edit on 4-4-2020 by Kromlech because: (no reason given)

Yes, different blood types are more susceptible or resistant to many different things. It is genetic.

Or if you want an academic paper:
www.ncbi.nlm.nih.gov...
edit on 4-4-2020 by dubiousatworst because: academic source added

How is 5g essential work during a pandemic.

Right my take on it, if people do NOT want this, do not want there body's being TRESPASSED upon by Corporate owned micro wave transmitters then they should have the right to say NO!.

They were NOT given the choice?, so people will take the law into there own hand's and can you blame them, if a member of your family become's ill and you are told that it may be to do with radio frequency and electromagnetic influence disrupting there own internal electrochemical, electromagnetic biological electrical field's through the possible process of radio frequency induction on there nervous system's would you then not feel very angry.

For one your body does not belong to these people and they are SATURATING you in there emission's.

For those saying that these devices are perfectly safe there are piles of these type's of document's online.
www.national-toxic-encephalopathy-foundation.org... sions.pdf

That url is a bit long to display but if you use the QUOTE function you can copy and paste the URL into the address bar of your browser and so some less in depth video's.

Admittedly not all are reliable but there is enough to see that there is a core of truth to the conspiracy theory about these devices and I would urge you to remember that PROFIT is the motive for installing them, remember the tobacco industry and how long it drew out litigation while selling poison to people.


And while not portable FIBER OPTIC is still faster, far faster than these devices.

Thanks, that certainly shows that ABs are more at risk than O.

To move into the realms of rumour there’s the notion that 5G inhibits the absorption of oxygen into the blood.

Now take this as you will, but I have it from a medical practitioner at the coal face of this virus that cases are presenting with poor oxygen absorption, many at levels which a ventilator can’t help. Of course this may be the onset of pneumonia, but they apparently aren’t pneumonia symptomatic at this stage.