posted on Mar, 8 2020 @ 01:38 AM
link
I had trouble sleeping, so I checked out NASA's website and clicked on the latest high resolution panorama from the Curiosity rover that was posted on March 4.

NASA's Curiosity rover has captured its highest-resolution panorama yet of the Martian surface. Composed of more than 1,000 images taken during the 2019 Thanksgiving holiday and carefully assembled over the ensuing months, the composite contains 1.8 billion pixels of Martian landscape.

Sitting still with few tasks to do while awaiting the team to return and provide its next commands, the rover had a rare chance to image its surroundings from the same vantage point several days in a row. (Look closer: A special tool allows viewers to zoom into this panorama.)

Well, I used that special tool to zoom on many different sections of that panorama. You can too, by clicking HERE.

I love zooming on these high resolution pictures and checking out Mar's fascinating landscape. While scanning around the area where the Curiosity rover was stationed, I happened to catch something that looked out of place. I'm surprised that I even saw it, considering it's so small. I zoomed up on this object and decided to capture the screenshot with Print Screen on my PC. I then further increased the magnification of this picture, by using the Paint.net program on my PC.

Below are the photos. In the first photo, you can see that Curiosity rover tracks are behind it, so this weird looking object didn't fall off of the rover. This object doesn't look like a rock to me and it seems to be much brighter than any rock around it. It could be due to reflection, or the very nature of it's composition. It looks organic to me, but maybe my sleepy mind is playing tricks on me (it's probably just a rock, lol). Anyway, I thought it looked odd, so I decided to post a thread about it. Off to bed now. 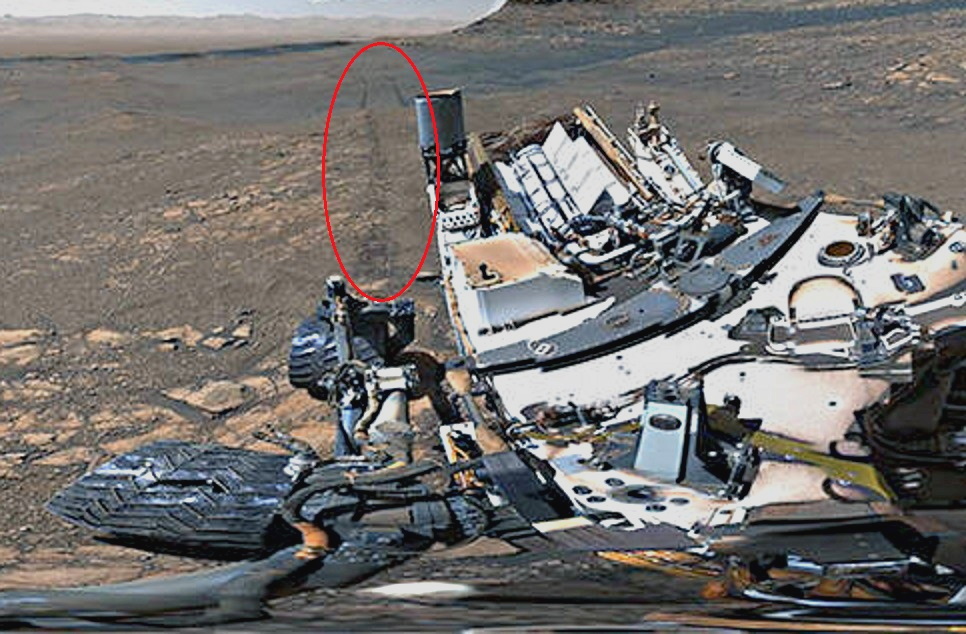 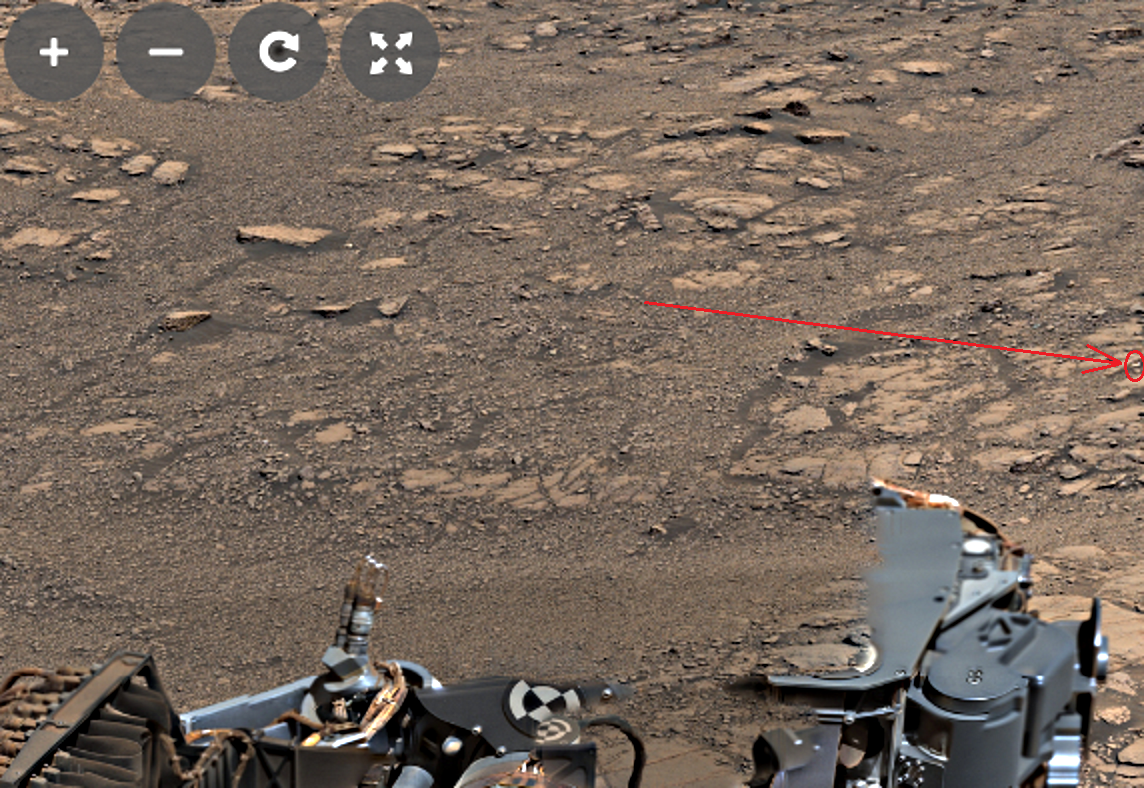 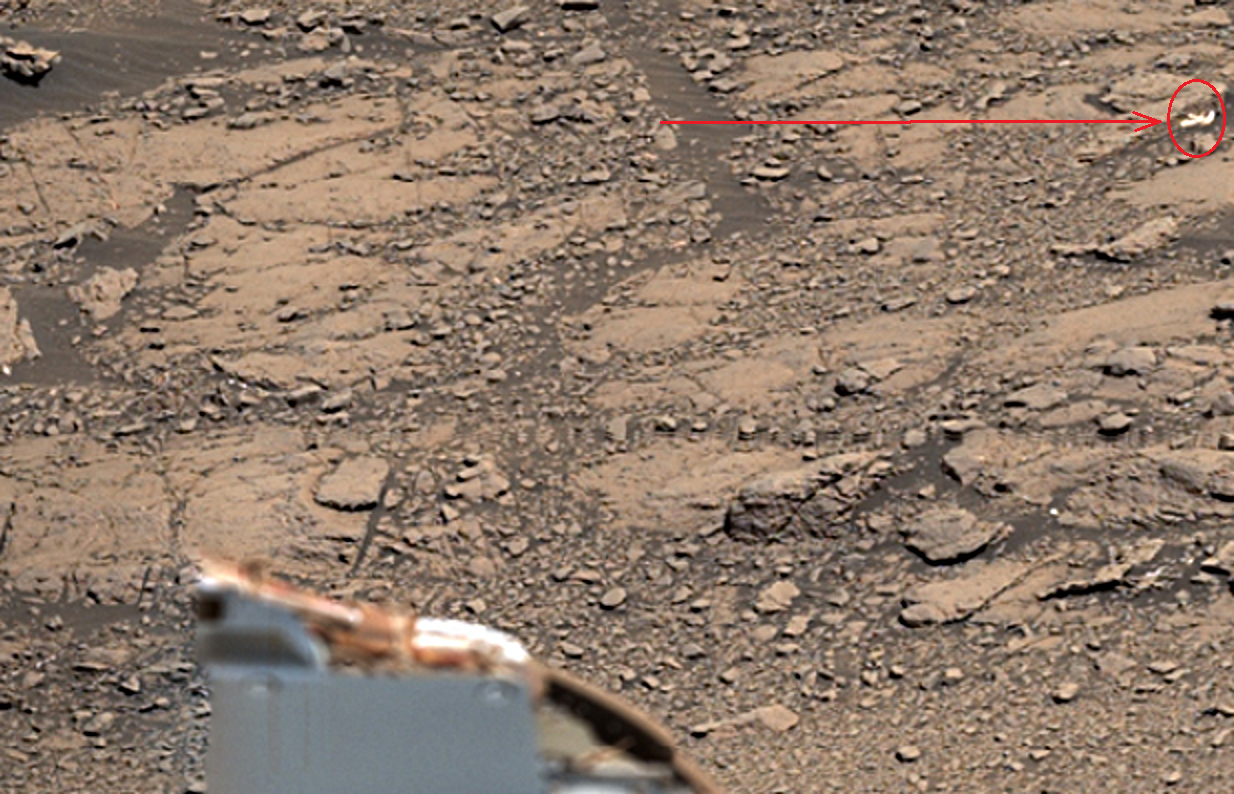 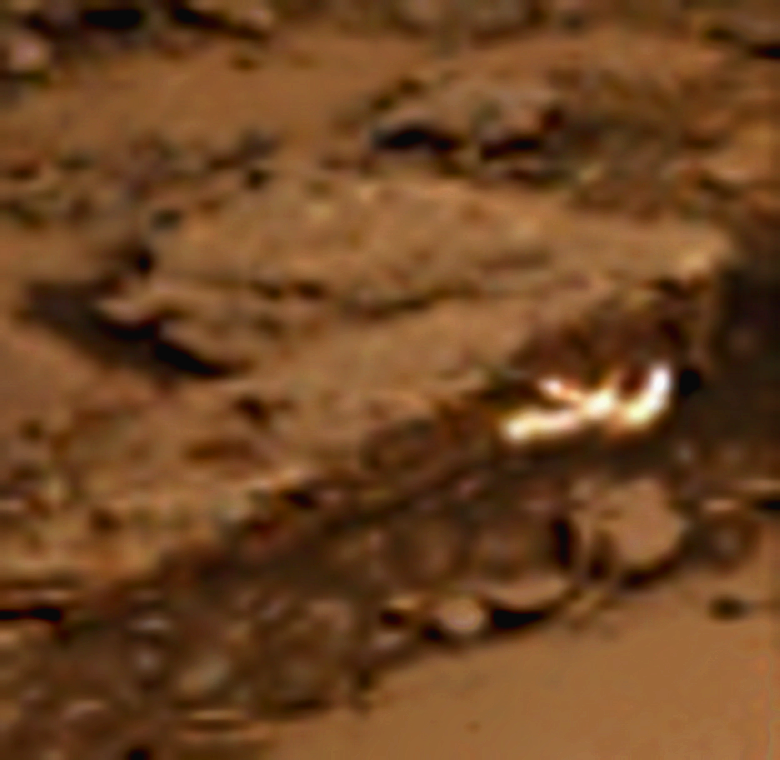 posted on Mar, 8 2020 @ 03:32 AM
link
You have too much time on your hands. You are tryog to find something that is not there. I would advise that you go to a pebble beech, or a rocky hill. Take a phote and you'll find all sorts of inconsistencies, shadows, shades and shapes.

It is not the only bright object in the third photo you posted, but the largest by far. Looks out of place because of the brightness, whatever it is.

Could be a piece of foil.

originally posted by: ressiv
pair of fingers from an claw of an bird of pray...

I read a SciFi story about that once...it didn’t end up on the right side of the dinner plate for humanity in that one...but cool story nonetheless...

posted on Mar, 8 2020 @ 11:59 AM
link
I love seeing pictures like this. I wish I could travel to all of the planets, moons, etc. just to see what's there. The pictures we got from the Pluto fly-by were great, especially those that were somewhat close.

Maybe it has something to do with the insects on Mars that we heard about a few months ago.

If I had to guess, I would say it is the bright stuff we see in the cracks of the the rocks in many pictures.

Thanks for pointing this out. S&F.

Can see that stuff in tons of Curiosity photos. Not too weird, to be honest.

posted on Mar, 8 2020 @ 06:02 PM
link
It's hard telling what that is from that photo. I've seen anomalies look reflective when they're no different than the surrounding terrain that's not.


The photo below has had me stumped for a couple of years. 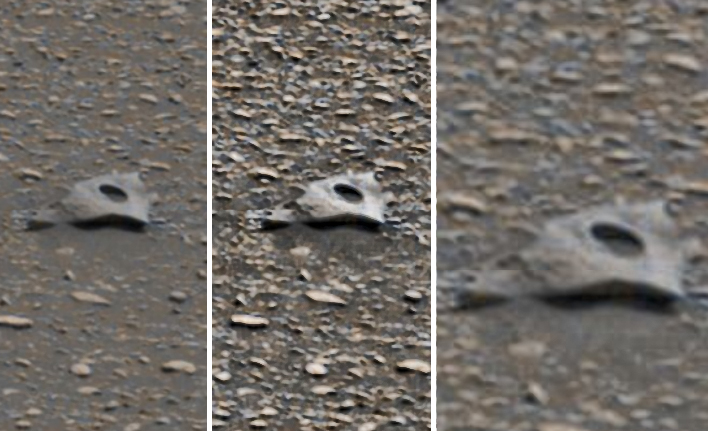 
Not mud, rocks and sand