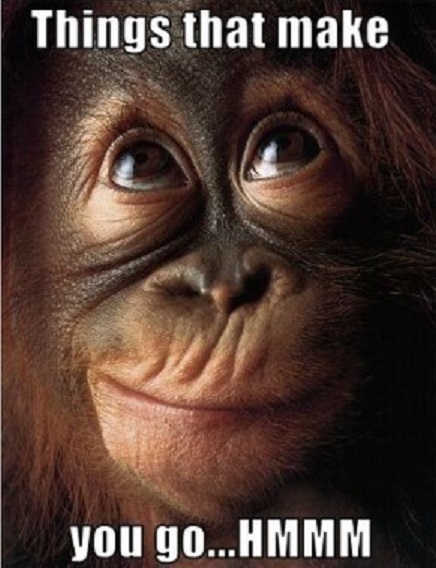 Here's a cool conspiracy theory for you to consider.

Remember this motto: "Ordo Ab Chau," which means "Order Out Of Chaos."

I was browsing online and reading some interesting headlines concerning the coronavirus, when I came upon an interesting statement that was posted on another conspiracy website:

All "coronavirus news" are nothing but psy-ops, using the global neo-Gestapo, this time dressed all in white, to prepare the human cattle for what's coming next:

I then found this Twitter thread that made me wonder if we are in fact being manipulated by the media: 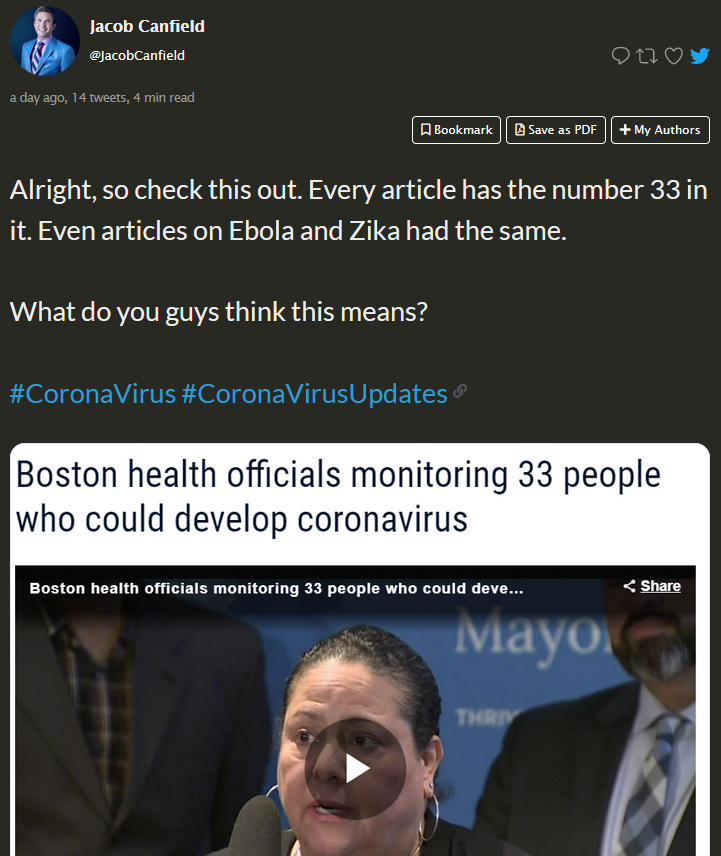 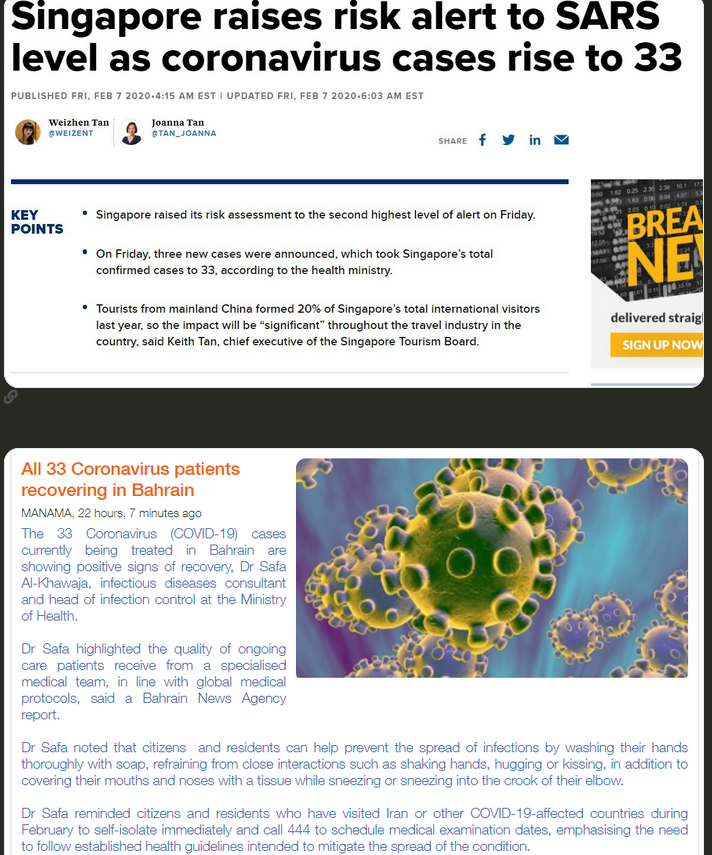 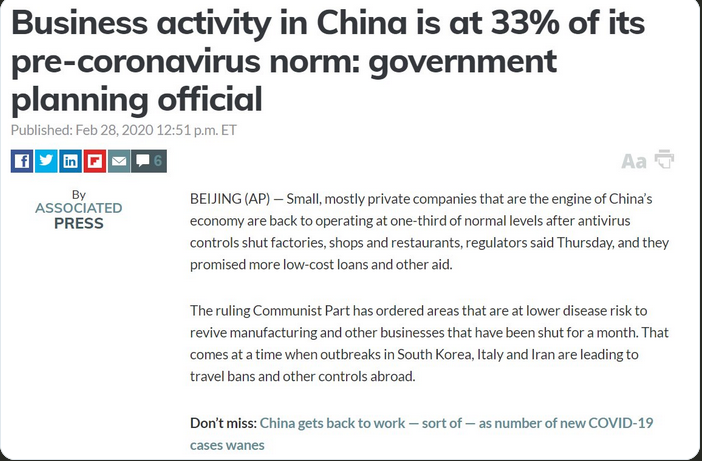 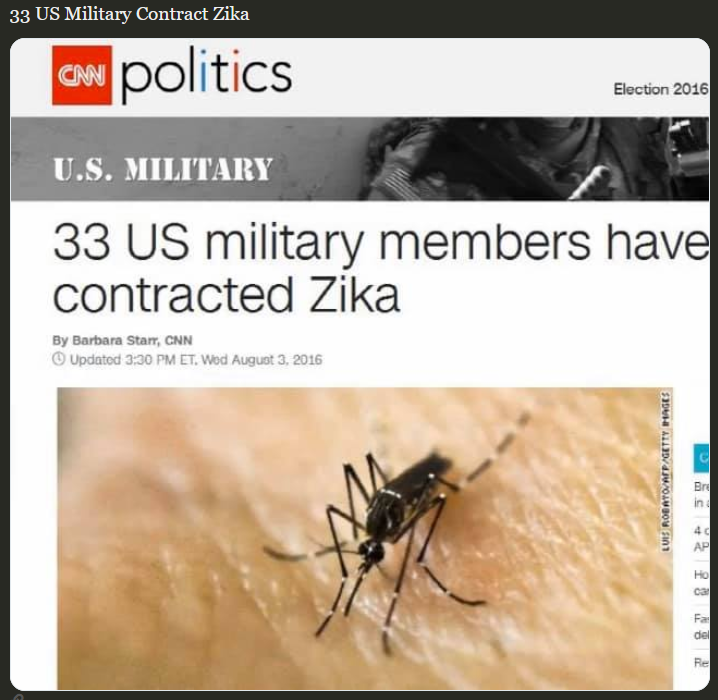 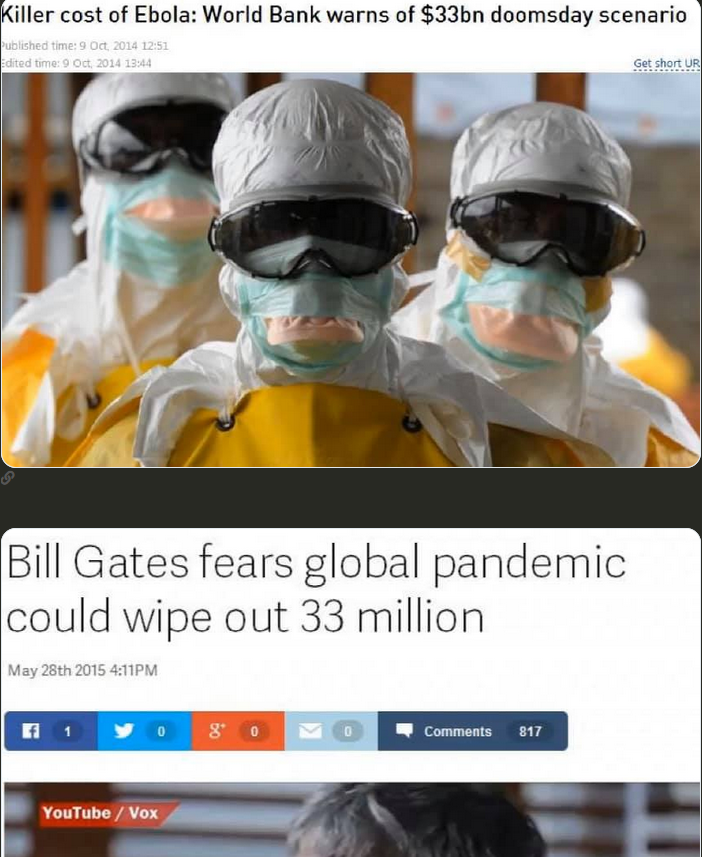 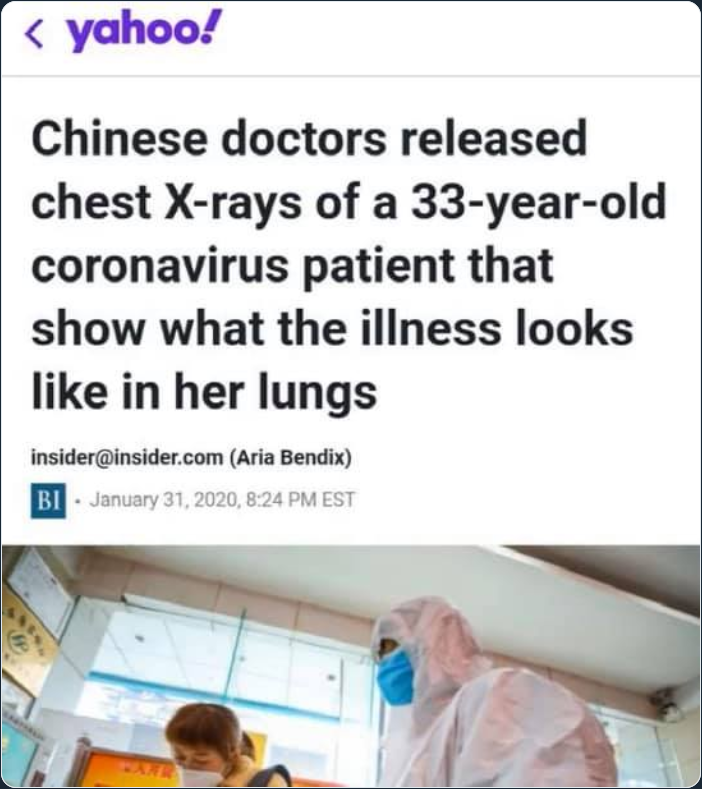 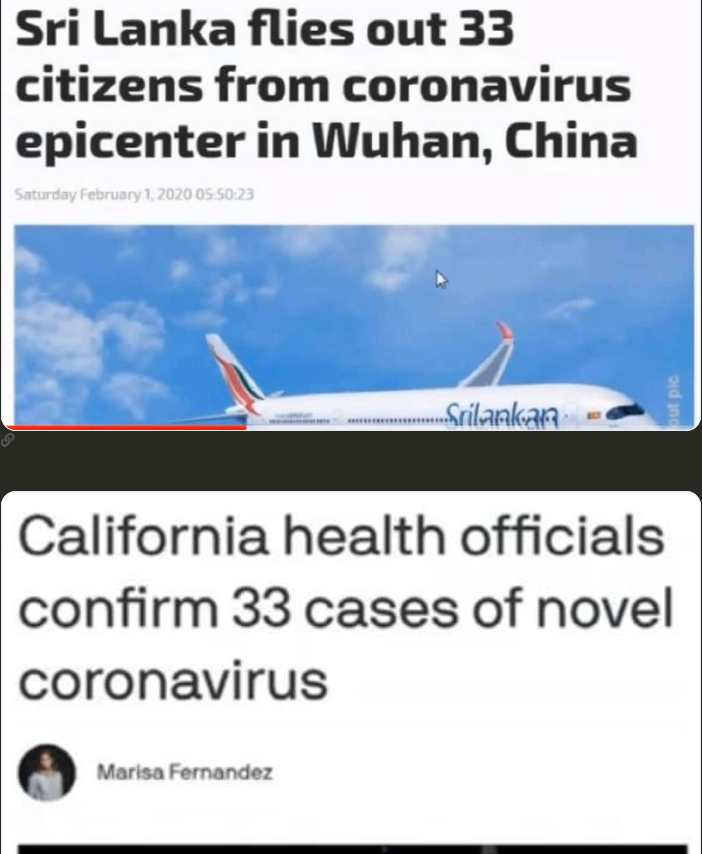 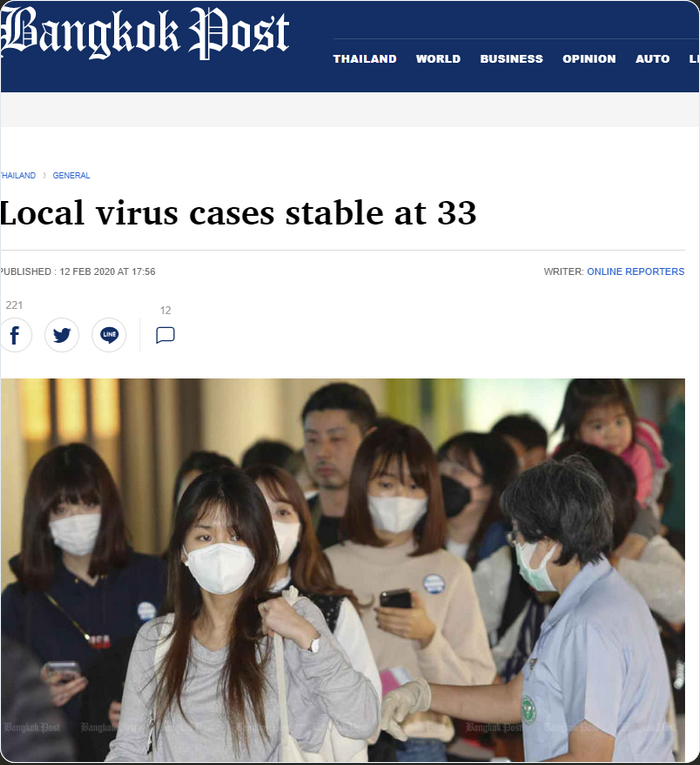 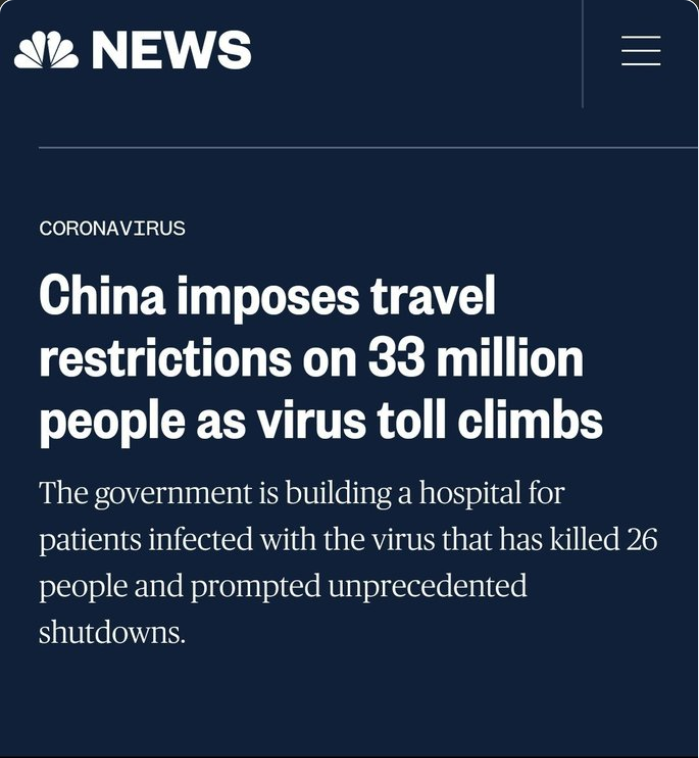 Heck, I even found another example: 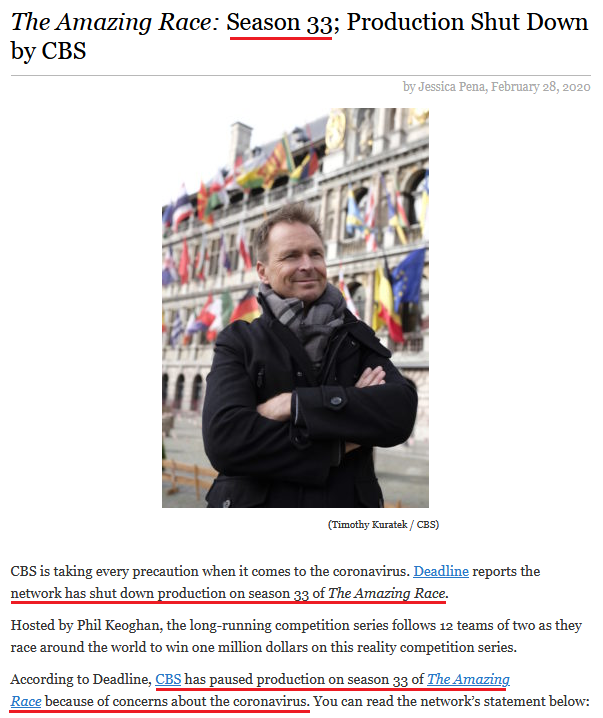 Remember that motto at the top of this thread? Here's a short 3 minute video that mentions it:

posted on Mar, 1 2020 @ 08:36 AM
link
Do you think maybe we could find other articles that have completely different numbers in them? I feel like maybe we could. Do we ignore those and just use the ones that fit the idea or nah? I mean, just looking at Zika I found, in about 20 seconds, articles that mention 40, 7, and 11. Do you have any idea which one might be the powerball?

Hey, the members on ATS are free to promote, discuss, or debunk conspiracy theories. I'm not betting the bank on this "theory," however, I do believe there's an agenda behind all the panic concerning this virus. Panic over this virus caused the stock market to crash...a market which is manipulated by the elite to become even more wealthy. Perhaps this panic will cause a push for new vaccines, which in turn will make certain people extremely wealthy. Who's being played here?

From an article published in May 2018:


Globalist institutions and the political puppets they control use false paradigms as a means to distract the public away from their criminal endeavors.

For globalists, the great prize is, of course, OPEN global economic management (rather than covert management), a one world currency and cashless society, as well global government. They want a veritable worldwide feudal plantation state – and they want the masses to embrace it willingly, or perhaps even beg for it. To obtain this prize, they will need a considerable economic disaster.

As the economy nosedives, banking institutions buy up more hard assets and consolidate more power, and each time global economic management is suggested as a possible solution to the very crisis they created.

A crash of the US is mathematically inevitable, it is happening now in accelerated fashion, and has been progressing in various ways since 2008. Instead my question has always been “How do the globalists plan to get away with it?”

So I’ve read your link, and I’ve watched your video.

My curiosity is piqued.

But.... so far all we have is the appearance of increased frequency in the number 33 showing up in headlines related to corona/sars.

I’ll admit, the variation among the usage of 33 from headline to headline seems odd. Particularly, in the headline mentioning Bill Gates the number 33 [million] seems like such an oddly specific total for an estimate. Why not 30 million? Or simply tens of millions? What computational equation or statistical model yielded that number 33 million?

Anyways, this is just a sensational observation at best. It’s got some sex appeal, but it needs more evidence and more context before I can peddle it with a straight face.

Hey, the members on ATS are free to promote, discuss, or debunk conspiracy theories.

Why is this the go-to response any time somebody has their idea challenged? You’re right, guy, you’re free to promote, discuss, and debunk conspiracy theories. Since you seem to have a good grasp on that, maybe don’t bitch about it when somebody else avails themselves of the same freedom to promote, discuss, and debunk conspiracy theories. It’s baffling that so many on this board react to dissenting opinions with that silly refrain. If you don’t care to have dissenting opinions as part of the discussion, perhaps don’t enter into a discussion.

posted on Mar, 1 2020 @ 09:16 AM
link
Another movie about recurring numbers was an indie film called Pi. There was a 216 digit number that the lead character (Max) was trying to find with his computer that was supposedly some "number of everything" or whatever.
His mentor, Sol, gave him a little speech;
If you want to find the number two sixteen in the world, you'll be able to pull it out of anywhere. Two hundred and sixteen steps from your street comer to your front door. Two hundred and sixteen seconds you spend riding on the elevator. When your mind becomes obsessed with anything, it will filter everything else out and find examples of that thing everywhere. Three hundred and twenty, four hundred and fifty, twenty-three. Whatever! You've chosen two sixteen and you'll find it everywhere in nature. But Max, as soon as you discard scientific rigor, you are no longer a mathematician. You become a numerologist. (source: www.imsdb.com...)

Now, I don't discount the idea that there could be numeric symbology out there in use by the government(s). And I certainly don't doubt that COVID-19 is a psyop, especially considering the lack of severity of the symptoms and low death rate.

The only reason Kung Flu is scary is because it's new--a perfect opportunity for the gov and MSM to go ape over it and use it as a political and psychological weapon (conveniently timed with the 2020 US election).

No matter where it came from, man or nature, it's a political weapon and a psyop now. It's been turned into one one way or the other.
edit on 1-3-2020 by Crosswinds because: citing source

posted on Mar, 1 2020 @ 09:18 AM
link
The problem with this being the NWO behind this to further globalisation seems a slim one to me.

This is more likely to lead to countries securing their supplying chains not further out sourcing them.
edit on 1-3-2020 by johnb because: double word

I think he was saying one is free to debunk what he wrote, but if you're going to do it, do it yourself, don't ask him to debunk himself for you. Find counter examples yourself.

Interesting. You made me remember the 4 Suspects Thread


Remember this motto: "Ordo Ab Chau," which means "Order Out Of Chaos."

Alternative hypothesis: Maybe it's (more) evidence of a simulated reality. Of the bright people I have met or know personally, "fine-tuning" is by far the single greatest issue keeping them awake at night.
edit on 1-3-2020 by 0zzymand0s because: (no reason given)

how would printing the numbers 33 be some sort of "number tower" code for activating agents missions etc etc?

because that is all i can think of right now, massively confused

there should be an article about how the glo-balists on top, the ones making the big decisions, all have similar last names lmfao

I just see an article or two about people's experience with this illness. I know China has a lockdown on the internet but it's in plenty of other countries and we should be seeing a ton of twitter feeds, you tube videos and news interviews from people with this virus or at least their family members. I've seen maybe 3-5 personal accounts.


After that nurse flew on a plane with ebola, I thought for sure there would be an outbreak in the States - nope no new cases.
Who knows maybe one out of five of us are going to die or this disappears in a month. I don't trust any of the experts enough to really know what to believe.