Fake extraterrestrial invasion for what purpose

posted on Feb, 25 2020 @ 01:13 AM
link
I really like The Corbett Report. James Corbett always has fascinating conspiracy insights. I watched this report where he talks about a fake extraterrestrial invasion several years ago:

In this report James makes this statement which has stuck with me:

"Why is this propounded so often, not just in the news media but of course also in those cultural-entertainment productions that I hope we understand are, at the end, a product of the culture-creation industry that has been predictably programming us, again for decades, generations perhaps, to accept various memes and ideas including of course this idea of ‘alien invasion’, ‘alien threat’ and the fallout and consequences thereof, which again is a theme that has been returned to time, and time, and time, and time, and time again for the better part of the century by this point. It’s almost as if the billionaire power players at the top of this pyramid are actually connected to an idea to implant this idea of alien invasion in the public consciousness for the purpose of manipulating public opinion, and that’s because… they are connected to such an agenda, demonstrably so."

This idea, "a product of the culture-creation industry that has been predictably programming us" is very interesting to me. So when I found this article it really looked like a piece programming in play:

Why are the Rockefellers and the Jesuits guiding the UFO Disclosure Movement?

Assume the recently released Navy UFO videos are the precursor to a fake extraterrestrial invasion. At this point, I am more inclined to think the craft being recorded in the Navy UFO videos were secret Earth-made craft and not from millions of light years away.

So what would be the end-game if a fake extraterrestrial invasion actually is carried out. So I tried to come with with the most outrageous agenda possible that would not be accepted unless the threat of extraterrestrial were realized. By putting the population in a state of shock the people in power behind the fake invasion could replace all the national governments and currencies of the World with a single government entity and World currency. And during the transition, by some financial mechanism, steal trillions of dollars of monetary worth in the process.

The idea of a Shock Doctrine is so that people in power can use "national crises to push through controversial policies".

I think if some technology came along that was a real threat to Big Oil power and interests, say like real Fusion Power, then I could see the power behind the status quo doing something to preserve their power in some way.

Any other ideas as to what power behind a fake attack would do with the Shock Doctrine results?

Jesus, Mohammed and Moses step out of the UFO and announce that we have had the story/message wrong since forever and that we are part of a wider community and are ourselves Gods and can achieve omnipresence simply by joining the cosmic galactic federation, most will.

All you'll need to do, to achieve all of that is take this little chip and pledge allegiance to said federation.

BTW - it will all be BS, but folks won't care, because its an easy life being 'finally' offered.

*thats one option for 'why'

Also, there's a book out about this alien invasion - written approx 1800 years ago.

Eventually it will be ET proxy fir NWO gov, indeed

posted on Feb, 25 2020 @ 02:01 AM
link
What are you doing? Remember your orders not to discuss this with these humans. If we don't invade them, someone else will. The people of Earth must be reunited with the ones living in the Oort cloud.

Nothing to see here. Move along. Look at this flashy thing.

Given the strangeness of the Universe a secret cabal of billionaire manipulators will start a fake invasion to bring about political change and in the middle of it all REAL extraterrestrials show up with unquestioned peaceful intentions. The only reason I say this is because nature and reality always turn out to be much stranger than anything we could have ever imagined!

If they want to "fake" an alien invasion, they need to make a list of scientists, technicians, engineers and science writers and forcibly quarantine them first, because we would never shut up about how stupid the entire concept is.

That being said, I am of the opinion that *IF* aliens actually invaded the planet earth, it would be personal.

They would either do so because they "own" us or because they ran out of women or they wanted to put a stop to the new Coldplay / Nickelback records.

Literally, everything else we have here is easier by multiple orders of magnitude to source and extract from rocks, gasses and stars that have no indigenous nuke wielding populations.

Ergo: any alien invasion of planet earth is immediately suspect and likely "fake."
edit on 25-2-2020 by 0zzymand0s because: (no reason given)

Decades ago Blue Beam was largely considered to be a plan of a faked alien invasion in order to bring about the long predicted "New World Order/One world gov.", but now all I'm finding is this new religious spin on Blue Beam faking the return of a "Messiah" uniting the world under one world religion instead of it being a faked "alien invasion" akin to what was warned about by Dr Carol Rosen 20 years ago.

A fake Alien Invasion would make the Planet believe a specific Race was our ENEMY... an idea once embedded planetwide would be impossible to remediate....the dark cabal of baby eating child torturing and murdering freaks of nature that currently plays critical roles in the current hi-jacking of this Planet are really a very very small number....extremely easy to remediate forever if you know how to find and acess them and if you can prevent them from trying to begin another World War to hide themselves within the chaos…..Humanity has Cousins in Space who are able and willing to walk right in and erase these freaks of nature from the Planet in their entirety.

Trump and Friends have proven that they have scuttled the World War con-job used in the past....several serious attempts to start one recently have been averted cleanly and completely......the global viral pandemic we are witnessing is simply another part of the death throes of an evil group of humans who are now running to hide lest they be scoopd up and remediated by another more powerful grpou capable of finding every single relative o every singe freak of nature in a snap of the fingers.All will be remediated....Families and Friends of these Freaks shall profit not.

There are multiple Groups of "good" intended sentient Beings willing and waiting to step in and help Earths Human population grow and prosper.

The Earth based "bad people" want to trick you into helping them fight the Non-Earth based "good people" who are coming to offer assistance in protecting and furthering Humanities evolution.

Wernher von Braun, brilliant NASA rocketeer and scientist, compliments of Adolf Hitler, in speaking with Carol Rosin over many years, sums it up best:

And the funniest one of all, was against what he called aliens, extraterrestrials, that would be the final card. And over, and over, and over during the four years that I knew him and was giving his speeches for him, he would bring up that last card.

‘And remember Carol, the last card is the alien card. We’re going to have to build space based weapons against aliens,’ and all of it, he said, is a lie.

The most irritating part of all is that NONE OF US (meaning you and me and the rest of us among the unwashed masses) are ever "entitled" or privileged or respected enough to be told the truth - not even a sanitized version of it. Instead, somehow we are left to try and figure out WHICH is the TRUTH and which is the LIE - and there is something inherently wrong with that. I guess we are not to know the truth until it is upon us... Good luck... 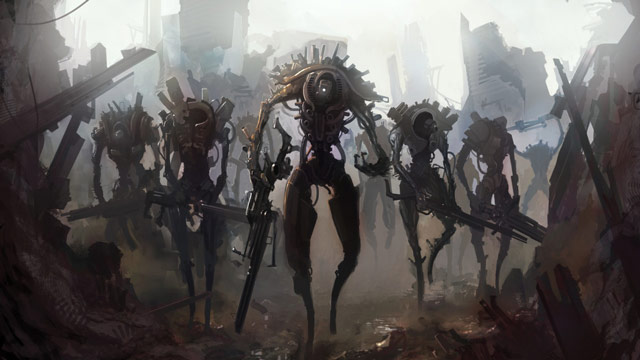 posted on Feb, 25 2020 @ 11:34 AM
link
It would be like end of Watchmen, where in the comics it was Aliens to be blamed, but in the movie they switched the blame onto Dr. Manhattan all the while the U.s an the Soviets wanted to nuke each other out which is what Ozzymodias wanted to avoid, all the while leaving no attachment for Manhattan.

Uniting all peoples, creeds, an government to combat a greater foe, but in Watchmen, or DC case, God.
edit on 25-2-2020 by Specimen88 because: (no reason given)

Hi I am familiar with this scenario. One upon a time a famous rocket scientist supposedly revealed this on his death bed. TPTB planned first to do a "fake asteroid" to weaponoze space. After that the fake alien invasion (using space weapons) to take total control.

I can't vouch for the validity of this but it sure makes sense.

Its also possible that the reason the alien meme exists is because they actually do invade from time to time.. there sure are a few old paintings to indicate such things are not totally out of the question...

But, we are dealing with corona virus? How can we survive Alien invasion without those billions of Chinese kung fu soldiers? Everyone run to the bunkers now!