posted on Feb, 23 2020 @ 05:01 PM
link
I was browsing through my typical feeds and felt this was interesting. Trump has appointed so many federal judges. Some reports say as many as 25% of all federal judges are now Trump Appointees. I am not sure how this compares to other presidential administrations. But this might mean big big changes in the western United States.

For our foreign friends, the western United States (California, Oregon, Washington) are notoriously liberal because of the large urban centers (LA, San Fran, Portland, Seattle) where as the rural areas of these states tend to be more conservative. So conservative that every few years rural areas entertain the idea of leaving their state because of the perception of incompatible lifestyles, cultures, earnings, and needs. This region, in addition to California, Oregon, and Washington also includes Idaho, Montana, Nevada, Alaska, Hawaii, and Arizona. I have often considered how incompatible a logger from Montana would be in their political support to a socialite from S. California. Especially when you compare it to the maps: 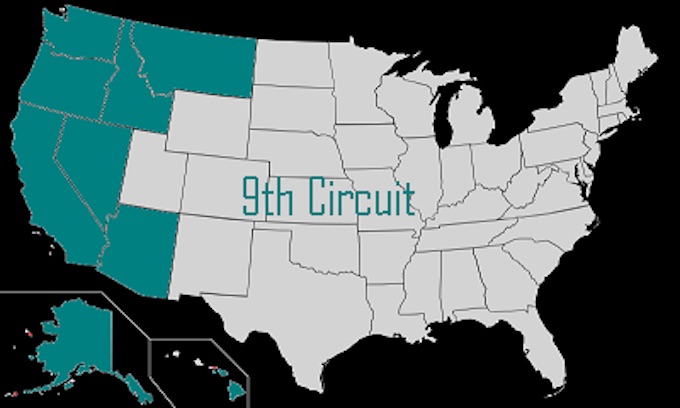 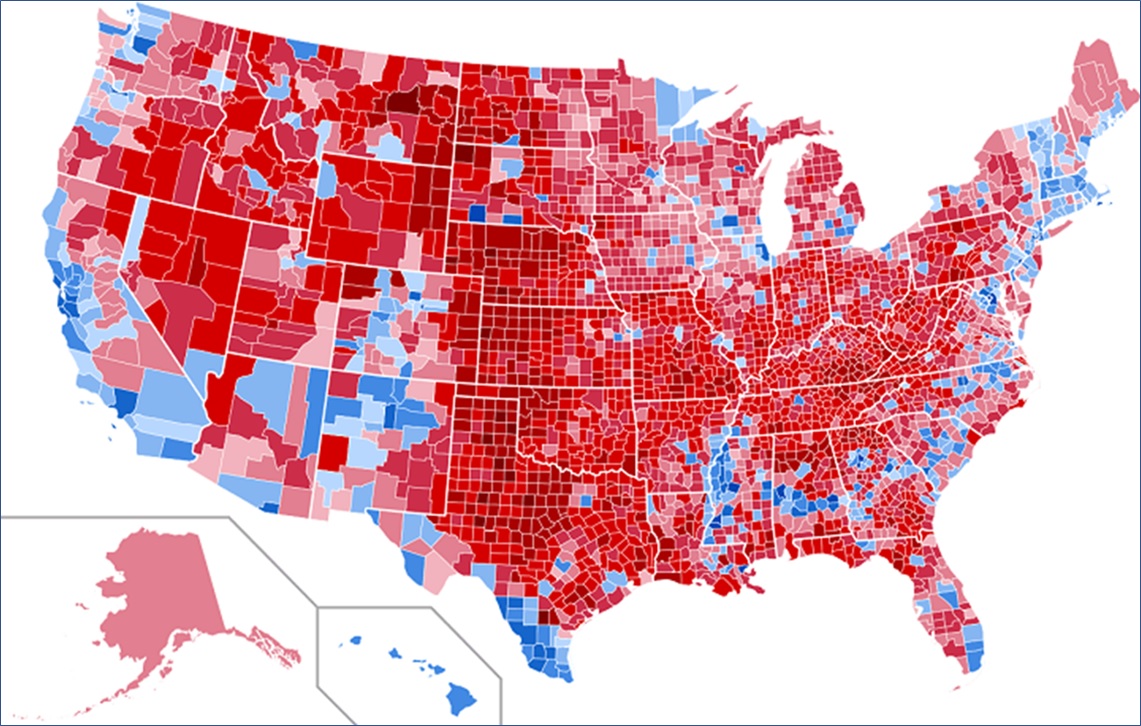 As you can see geographically there is a lot of concentrated red voting in the highlighted states, which often leaves individuals there feeling a lack of representation when you have to compete with large densely populated urban areas. One argument for the electoral college that I support - these voices should not be silenced in favor of a straight democracy (popular vote). No one in rural Nevada wants Las Vegas making laws that influence them. No one in rural Washington wants Seattle's enforced laws. Entire states don't want Seattle, LA's, San Fran's, and Portland's rulings.

However, I am at an impasse. Though I find many of the rulings from the 9th circuit ridiculous, a flip to red now ignores the densely populated urban areas and their needs / desires. (Of course we could debate the 'needs' aspect, I am speaking from a point of 'their perspective'.) To where a majority of people are now ruled by a minority of the culture and population.

Because of what I perceive as insanity from rulings in the 9th circuit courts, I tend to think a swing back to try to make the rulings more moderate a generally 'good thing', I sit and think about the ramifications of these appointments.


This is not the only time this has happened since 2016. This also occurred with the 11th circuit court. 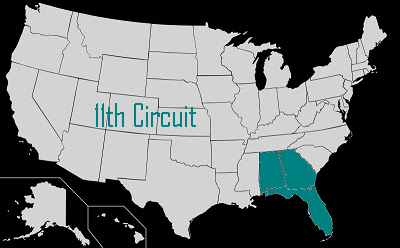 The 11th circuit court has a swing state (Florida). It was said that the Democrats attempted to load this area with more progressive individuals in positions (such as federal prosecutor and federal judge) to encourage Florida to swing blue more often than not, especially after G.W. Bush's win in Florida which was highly contested by Democrats.

I thought it was interesting, especially what it could mean for the left coast. What do you think we will see happen?

posted on Feb, 23 2020 @ 05:11 PM
link
But does it actually spell bad times for liberals in big cities? I think we've seen a lot of empirical evidence over the last couple of decades that liberal judges almost always side against common sense and in a lot of cases, the spirit of the law if not the letter. On the other hand, more often than not we've seen conservative judges side for the Constitutionality (or not) and not for what feels or looks like the right PC thing to do today.

So to answer my own question, I think it will bring balance back to the courts, especially the 9th and we'll see a much more neutral future record as far as liberal/conservative judgements.

Yeah, that's the thing, I don't know. I mean it spells trouble in the form that the majority of the people there who have liberal views (in big cities) are underrepresented in the court - but is that a 'bad thing'? I mean in theory, yes. I think we should try to be more moderate, we can find common ground. The spectrum of politics is supposed to define a middle-ground. However, I look at policies in LA, San Fran, Seattle, and Portland and see what these policies have done for the most vulnerable members of society. Those with intellectual disability, the addicted, vets, the elderly, and I see policies which do not seem to be helping them with delivery of social services (housing, food, employment, safety, welfare).

Instead, my perspective sees more and more of the most vulnerable people in the these urban areas balloon into the homeless population. Some people have stated it is the lax laws, but we also see that the United States has so so so many people incarcerated. We see rulings made by this court bashed down by the Supreme Court, even before that was leaning right.

It should be very interesting.

posted on Feb, 23 2020 @ 06:08 PM
link
But that's my point, neither side should be represented in a courtroom. It's supposed to be decided by the law, period. I know it doesn't work that way in some cases but that's the whole idea for balancing the court, people can't seem to do it themselves.

You kinda touched on he problem with the ninth circuit -- it is not so much that its liberal heavy but that it needs to be broken up at least 3 and maybe 4 ways.

Studies have shown Conservative judges tend to rule without much political bias. The liberal SC justices always rule together on everything, none of them ever cross the aisle on anything, whereas we have several swing judges which are all conservatives and do cross the aisle.