I'm kind of glad it did not come to pass nether, my grandfather being on the HMS Searcher, fighting off those very same Japanese alongside our American cousins.

Some of the stories he used to tell me about Kamikaze attacks and the destruction they could cause, especially so where our aircraft carriers were concerned, would put the fear of God into you.

Guess if a mainland invasion had ensured we may not even be able to have this conversation given the losses that were more than lightly on the cards.

A couple of pic of the ship he was on for good measure. 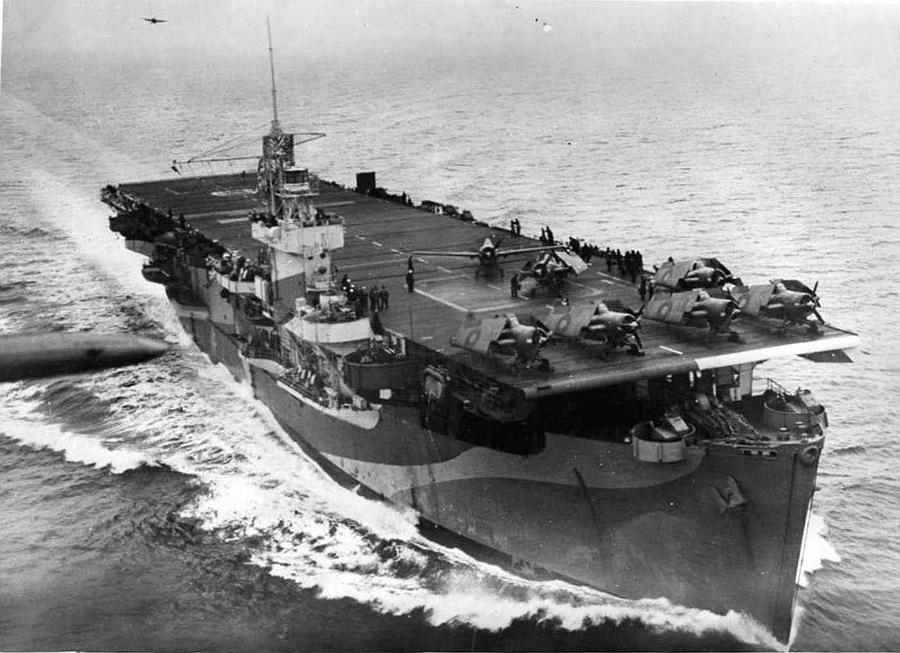 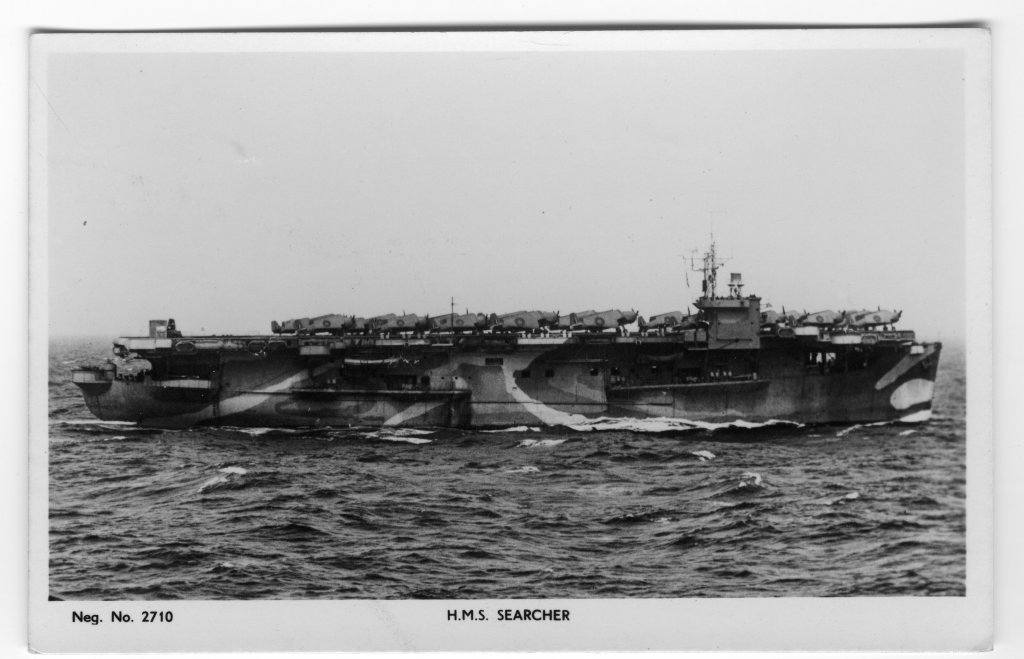 originally posted by: seagull
a reply to: andy06shake


See at least some people see whats going on.

It got hit twice, just not anywhere important.

A load of his buddies essentially burned to death fighting the fires all the same, and he lost a lot of friends on the Swordfish torpedo planes.

Mines as well they had to push them away with big poles and then try and get the protruding spikes with a rifle shot so no other vessels encountered the sods.

They did a Mans job, put it that way, as I'm sure your Mums brothers and anyone else that fought in WW2 also did.

If some group comes in and start gunning down your family because you have different skin colour what would you do? Read properly, this is during a 2nd civil war such groups as Nazism and KKK. You can't change them. The Vets of WW2 would fking slap you in the face if you don't execute people like them, just like WW2 in Europe. You got to read more about European theatre on executions of Nazi. This is during the time the world still intense against Nazism after WW2. You have to be asking why US have fking Neo-nazi's in modern time?


And who decides who is a "white supremacist" ?
You ?
MSNBC ?

Based on what ?
Support for Donald Trump ?

Brilliant move Einstein - let's just call all Trump supporters "white supremacists" ( like the MSM already does), hunt them down and execute them, right ?

This is just, what, 60 million people ?
Just ten times the Shoah?
No biggie, right ?

At the end of WW2 they did not just "hunt down and execute" anybody they thought was a Nazi or a white supremacist.
FALSE - WW2 vets would slap YOU !!

Proper arrests and trials were held in Nuremberg for those Nazis/accused Nazis
Allies did NOT commit genocide after the war.

And with respect to civil war, the North ALSO did NOT commit genocide after the war. For ANY reason.


- Your gross ignorance of history (and morals) is breathtaking.

- Your boundless support for ANY genocide is monstrous.

FAIL!
Again.
Keep-on justifying genocide.
Reflects on who you really are....

What gets me about Nuremberg is Paperclip.

Talk about cherrypicking some of the nastiest nefarious bastards on the planet and then taking them in just because they could give you the edge, well that's rather hypocritical.

Then again without the likes of Wernher Von Braun the space race to the Moon might have been won by the Soviets.

Your argument is pointless, At less andy06shake knows the truth. Nazi banner got banned by Germans. Anyone sees Nazi or KKK banners after invasion of US would be hunted down. Not a free road. Never a trial. All the vets will slap you really hard. Obviously the framed will be on trial. But, if caught red hand will be execute. No jail. Operation Paperclip would not exist to an Allies invasion of US. US did it because it wanted the edge against the world like its being done today. If the world was in, they know who would be a threat and execute them because they would not be able to run from the world. It is called Boycotting.

Repeat again, this is after another US civil war, mean no laws against fair trial because US wouldn't have a proper president yet or even military to save their sorry butts for causing WW3. Hunters will be hunted. You think all Americans will join groups like KKK? No. They'd be ratted out instantly if the world army is at their bay. Canadians don't like them, even Europeans don't like them and they are white too.
edit on 23-2-2020 by makemap because: (no reason given)

In many countries collaborators, or Quislings, were hunted down and treated, shall we say, rather roughly.

Yes, there were trials at Nuremburg, but there was more than a little cherry picking done there...

Given that the Cold War started essentially the same day that Germany surrendered--if not sooner--it's somewhat understandable that something like Operation Paperclip would happen. Understandable, but distasteful at the same time.

The West German, and East German, too, I suppose, were just chock full of "rehabilitated" Nazis. Not just Germans who went along to get along, but the true believers in National Socialism.

So, yes and no. Some were held accountable, others not so much.

I don't know how in depth you've ever studied that particular blot of history...but some of the people that were brought in by the US/Britain were evil. There's no other word for it.

Werner Von Braun should have hung for his actions at Penemunde, and the slave labor there. But instead, he's regarded as the guiding light of the early US space program.

Unsavory, to put it mildly. Many of those scientist were just as culpable as he was.

A load of the Nazi bastards just simply disappeared into the annuls of history.

Have to wonder where he done the off too, or which country managed to scoop him up, give him a new identity for the secrets he possessed?
edit on 23-2-2020 by andy06shake because: (no reason given)

Pretty strange take on historical fact in your fantasy. Churchill wanted to attack the Soviets, you suggest the opposite to history
Churchill wanted German and UK forces with the US forces fighting against Stalin

Operation unthinkable, yet you make the British out as cowards, interesting

originally posted by: Freeborn
a reply to: halfoldman

Dresden is the capital of The Free State of Saxony.
Maybe similar as Orange Free State?

Dresden was a major manufacturing centre and there were garrisons situated in and around the city.

I think almost anywhere was regarded a legitimate target during WWII, the Germans certainly targeted civilian areas during WWII, I wouldn't be that surprised if The Allies reciprocated in kind.

Don't really want to derail this thread by going in to any sort of depth on this.


And without going to deep, Dresden was a staging point into the east, a prime target to hit at Nazi Germanys war machine

I agree....a ridiculous hypothesis with even more ridiculous projections.

….. yet you make the British out as cowards, interesting

Something no-one has ever accused us of.

Quite strange and one of the reasons I asked him why he seemed so sure the UK and US would have become enemies, historically nothing to even remotely suggest that would have happened in such a scenario as imagined by the OP.

How many Japanese war criminals were given a pass and went on to become heavily involved with one Japanese manufacturing giant or another?

Probably far too many would be my guess.

You won't be saying that when KKK goes rampage mode on every skin colour when SHTF. Moron.
edit on 24-2-2020 by makemap because: (no reason given)


True.
More should have been tried.
And many did get a pass through Paperclip and other OSS operations...
Again, a few thousand Nazi scumbags escaping still does not justify mass murder of millions of Germans.

After the war, even Stalin did not engage in mass "hunting down and execution" / genocide of germans, like Makemap fantasises about, and Stalin was far from an angel, responsible for communist policies that lead to huge starvation in the Ukraine in the 1930s.

When someone's mass murder fantasies are WORSE those of Stalin, there's a problem.
Worse than Stalin.
Let that sink in....
edit on 24-2-2020 by M5xaz because: (no reason given)