I did have a crazy amount of Deja Vu as a kid and it used to freak me out, still do but not like I used to.

My parents have said I did, but I can't remember having one. Honestly I don't remember a whole lot from my real early childhood at all, aside from a few fuzzy happy memories and the occasional punch of nostalgia I seem to find in random places. (The Mel McDaniel song "Baby's Got Her Blue Jeans On" is a good example. Everytime I hear it I am taken back to being a little kid riding around the desert on a bike with solid rubber tires and training wheels with an orange plastic transistor radio dangling from it's "Corinthian leather" strap over the handlebars playing KOTS AM country hits staticky and I can remember the crackle when there was a storm coming in and lightning would make the signal go wonky for a second or two. I also get the same hit of nostalgia sometimes from old videogame soundtracks, not so much the visuals, but the music takes me back and it's almost like I can remember the smell of the dust that always seemed to hang in the air in Southern NM.) But imaginary friends? If he or she appeared before me today I don't know if I'd recognize them at all.

My God, I love the internet... 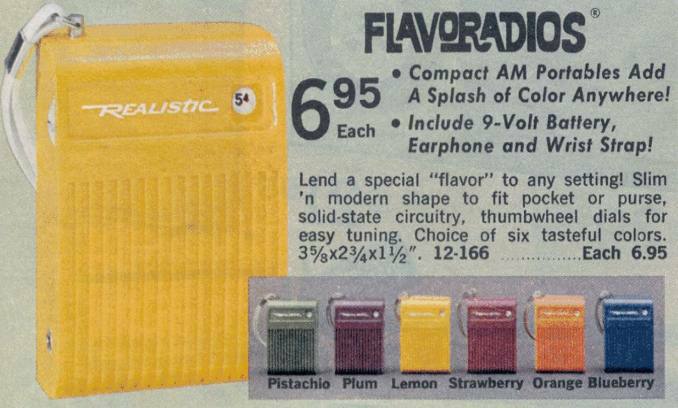 I just looked on Ebay and there are people selling these, too. I might have to buy myself one just for the feels.
edit on 20-2-2020 by burdman30ott6 because: (no reason given)

originally posted by: Trucker1
a reply to: olaru12

I've never tried a Bloody Mary. Couldn't get past the name!
So without the blood I drink my whisky strait as an arrow with no chaser, cowboy style comeon.

originally posted by: SouthernGift
Too intriguing not to respond. I hope I don’t regret it... as this is one of my bigger secrets. I’ve actually thought about doing a thread about this myself but I’m too chicken to put myself out there yet.....

I’ll one up your invisible friend- and see you one “imaginary sister” who I used to tell people existed all the while being scorned for taking a lie too far.... met her in dreams.... felt strange instances of some kind of “knowing” about her existence...... like actually still had discussions with friends from childhood as an adult about that “sister” I insisted I had.... even gave my two best friends some of my grandmothers stuff after she passed (these special dolls) as a memorial and treasure for them to keep as the “sisters I never had but always wanted” and “always knew were out there”

turned 28 a few years ago....and she actually shows up in my FB message inbox.... claiming to be my sister.

A girl a few years older than me..... striking resemblance.... many messages back and forth.... pretty convincing of her genuineness.... discuss a meeting, and then she deletes her FB and disappears just as strangely as she appeared. It’s been a few years ago now. It’s left me pretty shook.

I ask Sqwat for help, snap my fingers (sometimes it takes two or three snaps in succession to get just the right “tone”), and Sqwat tells me where to find a space. At a corner or intersection, she’ll even tell me which way to turn to find the open (or about to open) space.

posted on Feb, 20 2020 @ 05:09 PM
link
I didnt have invisible friends but my mother told me that I was convinced that I could talk to trees and animals and etc... and claimed they answered back. I was an only child, so I can see a reasonable explanation for this. Add to that a grandmother and father who believed in spooks and haints.. Im sure I had some fantastical thinking.

My middle daughter on the other hand DID have a very strange friend named Sally Applepie.. for YEARS. She and Sally played a lot. The middle child was the one who was sick from birth and recently suffered a horrific and long death. She started seeing and talking to things near the end.. but I have no idea if one was Sally due to her being on full life support and limited consciousness. She was bothered by invisible things then as well. It was a very disconcerting event all around.

I know working in the ER for a decade or so and being present for many deaths that its not uncommon for a person to believe the dead are there with them, but I dont know if thats a mechanism for the mind to deal with its death or not.


All I can say is Sally was REAL to her. Later we learned a girl in the childrens hospital ICU that my daughter would spend so much time in was also a chronically ill kid and was named Sally Appleby. I found the pic of all the ICU kids and the Hockey team after my daughter died and Sally Appleby was one of the kids listed. She was about 7 and my daughter was about 4 when this Sally business started. I have NO idea if it was simply a way to deal with it.. or something else.

posted on Feb, 20 2020 @ 05:53 PM
link
I'm 30 years old and have had an invisible friend since about a year. His name is Willem. I always blame him if I screw up something (important) as usual. It just seemed the most easiest solution to point fingers to Willem, than taking the flak myself all the time.

originally posted by: Asgaard
I'm 30 years old and have had an invisible friend since about a year. His name is Willem. I always blame him if I screw up something (important) as usual. It just seemed the most easiest solution to point fingers to Willem, than taking the flak myself all the time.

I typically just point at my husband and blame him... but he doesnt count as he is visible for the most part.

originally posted by: underwerks
Never had an invisible friend. I could always see the dead people around me.

How do you know they were the dead ones and that you were not their invisible friend?
edit on 20/2/2020 by nerbot because: (no reason given)

Well I had to go stalk your posts a little to figure out what you meant by crew but I’m assuming you write stories. That’s super cool. I have a writers mind.... so sometimes I’m very aware of my own dramatized version of the reality I experience....but it doesn’t lessen the truth of the transcendent concepts we all seem to experience.... sometimes dramatized “details” capture an element of sameness.... and that’s how we relate to one another via story telling.

hey- if you really do write something based off that- please let me know! Lol. This particular story of mine is one I don’t get to really talk about in real life other than with a select few because, well, my life is stable and good relations with family and who the heck wants to stir up that pot by asking uncomfortable questions? Some mysteries should just remain. I have let it be.

Hey- that would be a logical conclusion! But yes quite sad, although for my particular experience I don’t think it’s true.

Not to derail the OPs thread into too many personal details about myself, I actually kind of wanted to just not respond to this but hey, human nature and all...

There are actually many details that allowed me to verify this person who messaged me actually does exist and I will share a couple of those.

The message I received initially was from 2014. It sat in my FB inbox for many months.... the technical side of it is that some messages go to a spam folder that most don’t know how to access... one day an article popped up on FB telling me how to access that folder. The timing of that itself is strange. Perhaps it knew I had something sitting in there? Who the heck knows.

When I did access it, I thought perhaps I might find some sort of long lost love letter from an ex...(ha!) some spam... or nothing.


Imagine my surprise to finding THAT kind of message.

It took me many days to decide to respond. When I did, I received an answer. I can’t imagine someone who knows me and made a fake account would’ve left it active for that many months, and checked it so quickly once I returned a message.

Second detail is that she gave me the name of the church she attended. Once her FB disappeared, I sought out that church and found it had a FB page itself. I found photos of her in group settings that the church page posted of some of their activities. So a lot of what she told me checked out. She is real. She has a digital footprint even after the disappearance of the account she messaged me from.

She apparently got spooked as much as me. Perhaps she regretted sending the message and then didn’t know how to handle a response she had given up on?

Anyways... I have nothing to prove... I just find discussion fulfilling. As I said- it’s one of those things I don’t get to talk about a lot.

Definitely hope I haven’t come across as condescending in any way- just- I don’t think it was someone messing with me. 😊🥂

regardless,
it is an excellent concept for a story. 🎥 🍿

Just sent you a P2P. You write very well btw!!

originally posted by: Nothin
a reply to: olaru12


Thanks!!! You're not invisible though. You also have a very interesting style.

How would you know ?
Thanks, but don't really have a style.
Sorta-kinda sans-stylish.

Was just looking for a quick gig, where a fellow could not show-up, and still get credit... LoL !
You know: like a Senator.