An article that was posted today on The Black Vault, is on a specific UFO file that the late Dr. Charles J. Stahl III had kept in his personal files.

Dr. Stah III was the US Navy's first forensic pathologist. 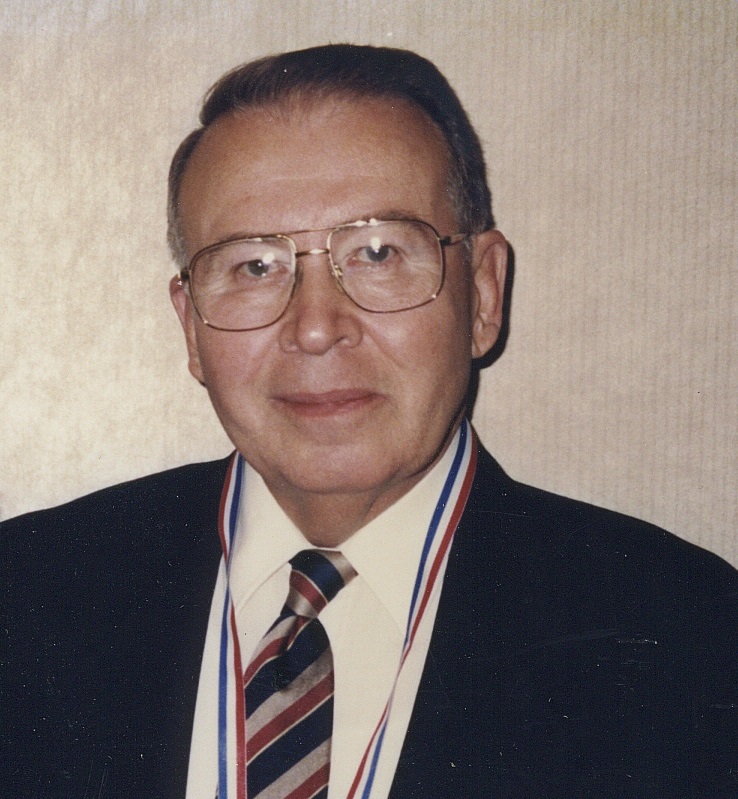 Dr. Stahl was commissioned as an Ensign in the United States Navy, Medical Corps, in 1953 and served for 27 years, retiring as a Captain (06) in 1980. Dr. Stahl became the U.S. Navy's first Forensic Pathologist in 1962, serving at the Philadelphia Naval Hospital and on the Island of Guam. He became the Chief of Forensic Pathology, Armed Forces Institute of Pathology, Washington, D.C. where he led many medical-legal investigations including the deaths of the three NASA astronauts aboard Apollo I and the Robert F. Kennedy Assassination. An expert on ballistics, he consulted with federal, state, and local law enforcement agencies including the FBI, ATF, and NCIS. He was the Chairman of the Department of Laboratory Medicine at the National Naval Medical Center, Bethesda, MD. During his service, Dr. Stahl received many military honors, and decorations, including the Legion of Merit, the Joint Service Commendation Medal, and the Navy Unit Commendation. Dr. Stahl is honored at the Johnson City-Washington County Veterans Memorial, Johnson City, TN.

After retirement from the Navy, Dr. Stahl was appointed Chief of Laboratory Service at the Veterans Affairs Medical Center in Johnson City, TN; Assistant Chief Medical Examiner, State of Tennessee; and Professor of Pathology at the Quillen College of Medicine, East Tennessee State University.

The Black Vault's owner, John Greenewald, Jr., filed a FOIA request to find out the contents of "one single entry in Box 008, sub box 00001," that was part of Dr. Stahl's personal files. 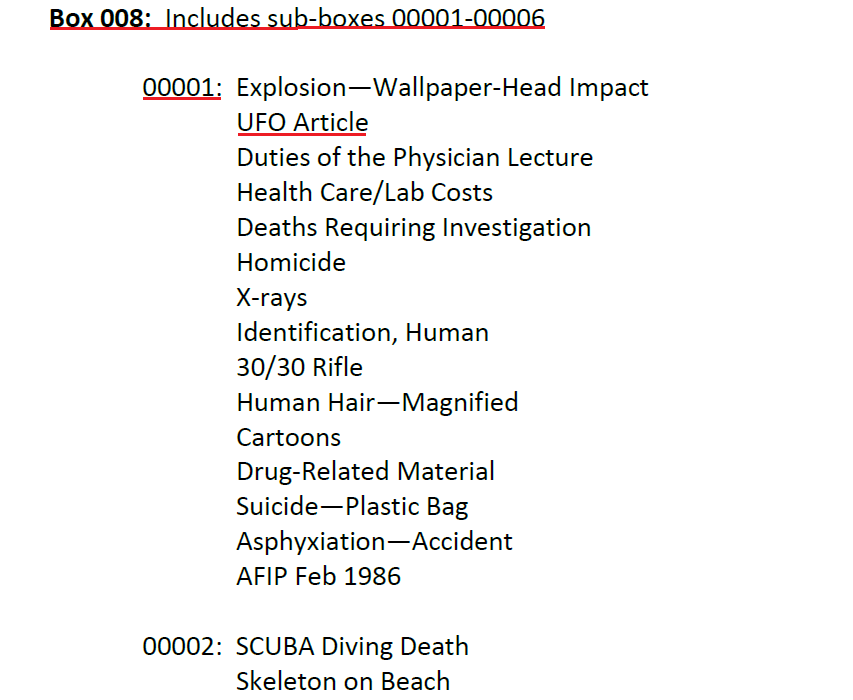 Yesterday, Greenberg, Jr., received a letter from the Defense Health Agency that stated that it "released the article within the collection." 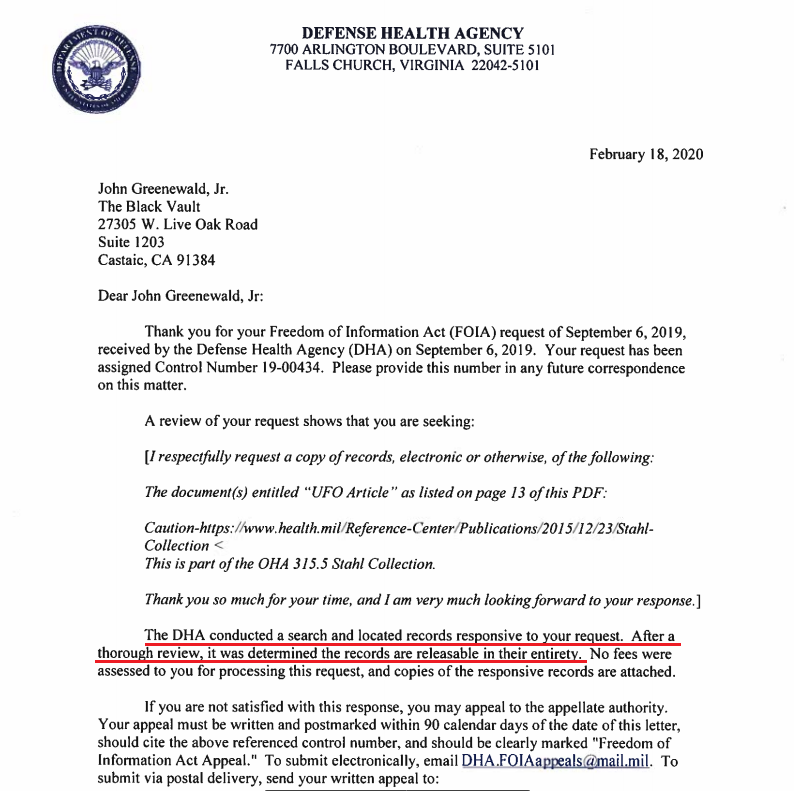 Surprisingly, the file contained an article from the tabloid Weekly World News, which bewildered Greenwood, Jr. He states in his article:

So what in the world out of this article, prompted the Chief Armed Forces Medical Examiner to save it in his collection of papers? The answer to that, may never be known. Stahl passed away on March 1, 2016, and he took with him whatever it was about this article, that prompted him to save it. 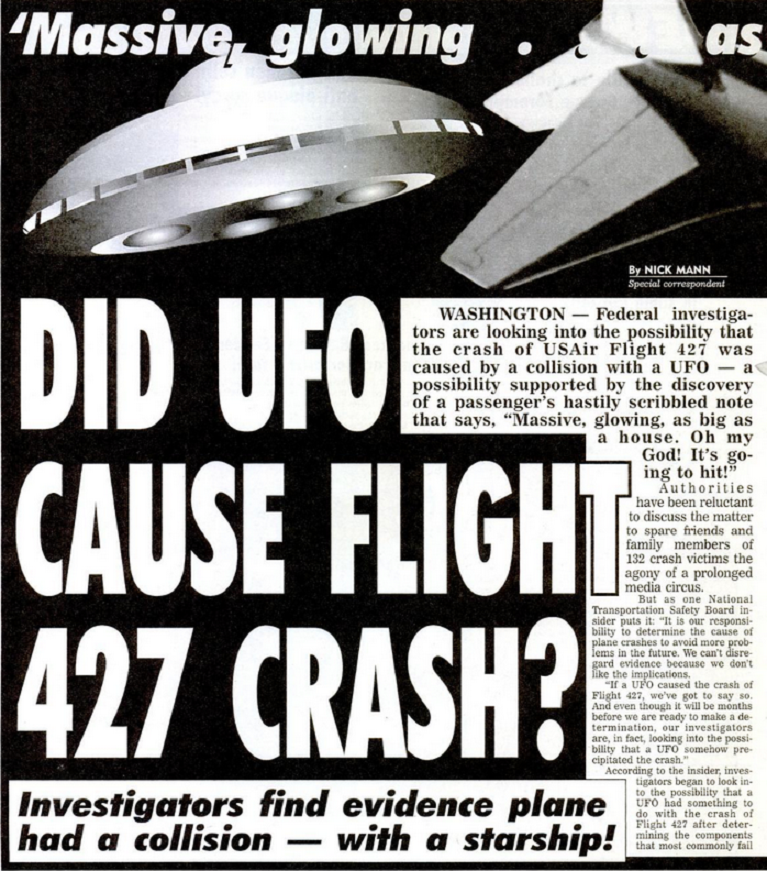 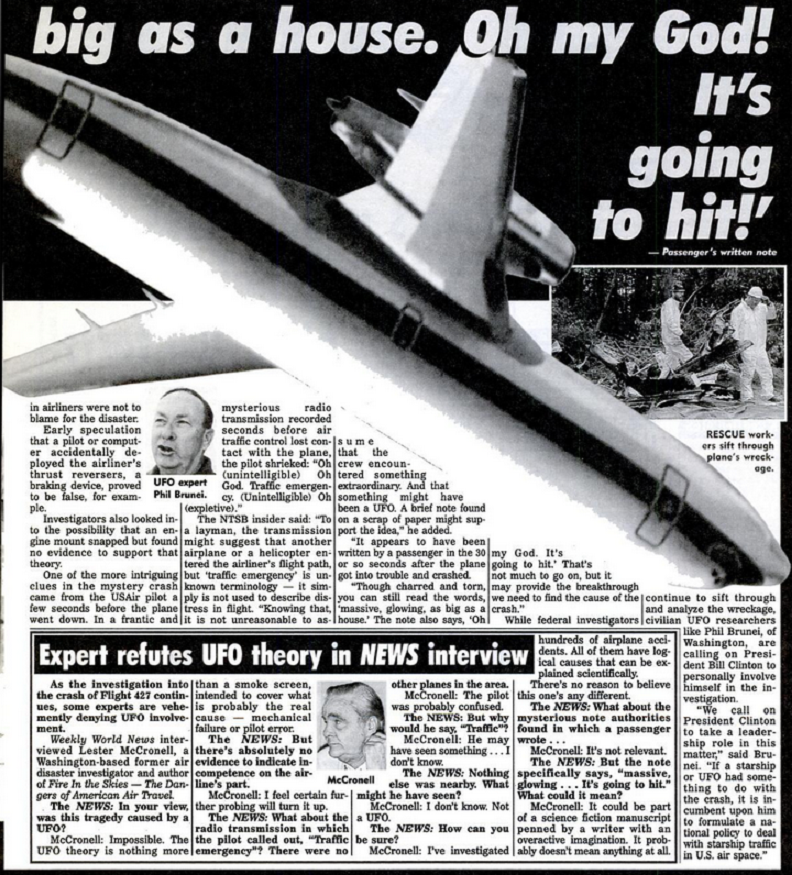 An excerpt from the book, "The Mystery of Flight 427: Inside a Crash Investigation": 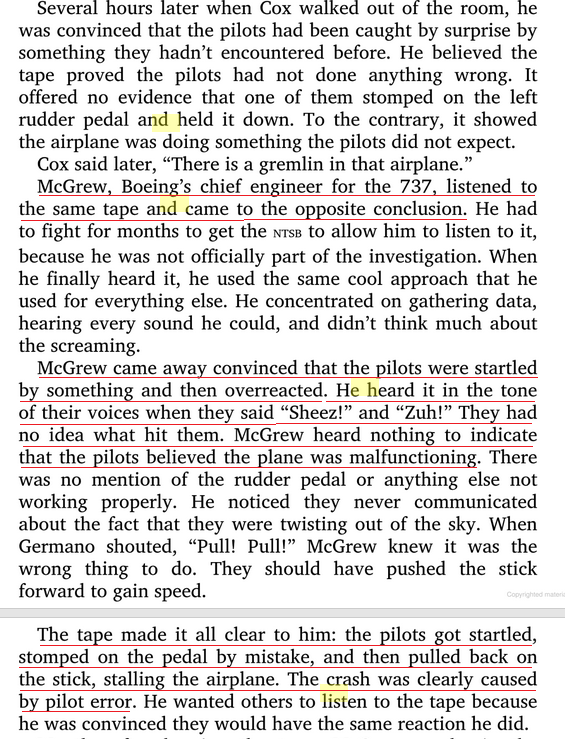 posted on Feb, 19 2020 @ 02:32 PM
link
There was a problem with the rudder on the 737 that would unexpectedly cause a rudder hard over. We had two aircraft that were on auto-pilot straight and level and boom the rudder kicked hard left or right.. None of our aircraft crashed... I was actually on one of the aircraft as a passenger when it happened. I spoke with the Captain who was a friend of mine and said the FMS had used the autopilot to start a slight left turn when "BOOM" the rudder kicked hard right. It was a momentary thing but it threw everyone around in their seats and some of the passengers were rather perturbed with spilled drinks etc etc.

I do not remember now what they finally determined to be the cause but us pilots initially thought it was the yaw damper getting bad inputs and going crazy... Whatever was doing it finally got fixed and it stopped happening..
edit on 727thk20 by 727Sky because: (no reason given)

posted on Feb, 19 2020 @ 03:15 PM
link
If you read the tabloid, one theory is the ufo comment found could have been a manuscript of an author on the plane. I'm not looking into all those passengers to find out their professions but it's certainly plausible. The plane ride could have inspired them to jots some notes down before the rudder failure.

Another theory is disinformation planted to take the scent off the failed rudder but that one sounds improbable. It was going to be investigated regardless of some UFO story.

But this is interesting.
We were told it was caused by a faulty part in the rudder. Everybody I saw looked like mannequins with their faces popped off.

Only actual weird thing that came out that day was the county had much more equipment than what was stated on paper. We literally built a road uphill to the crash site in under 5 hours. The property is accessible but very limited( it's a narrow one lane driveway ) even today. The property owner allows the fire department to come up once a year to pay tribute to the memorial. 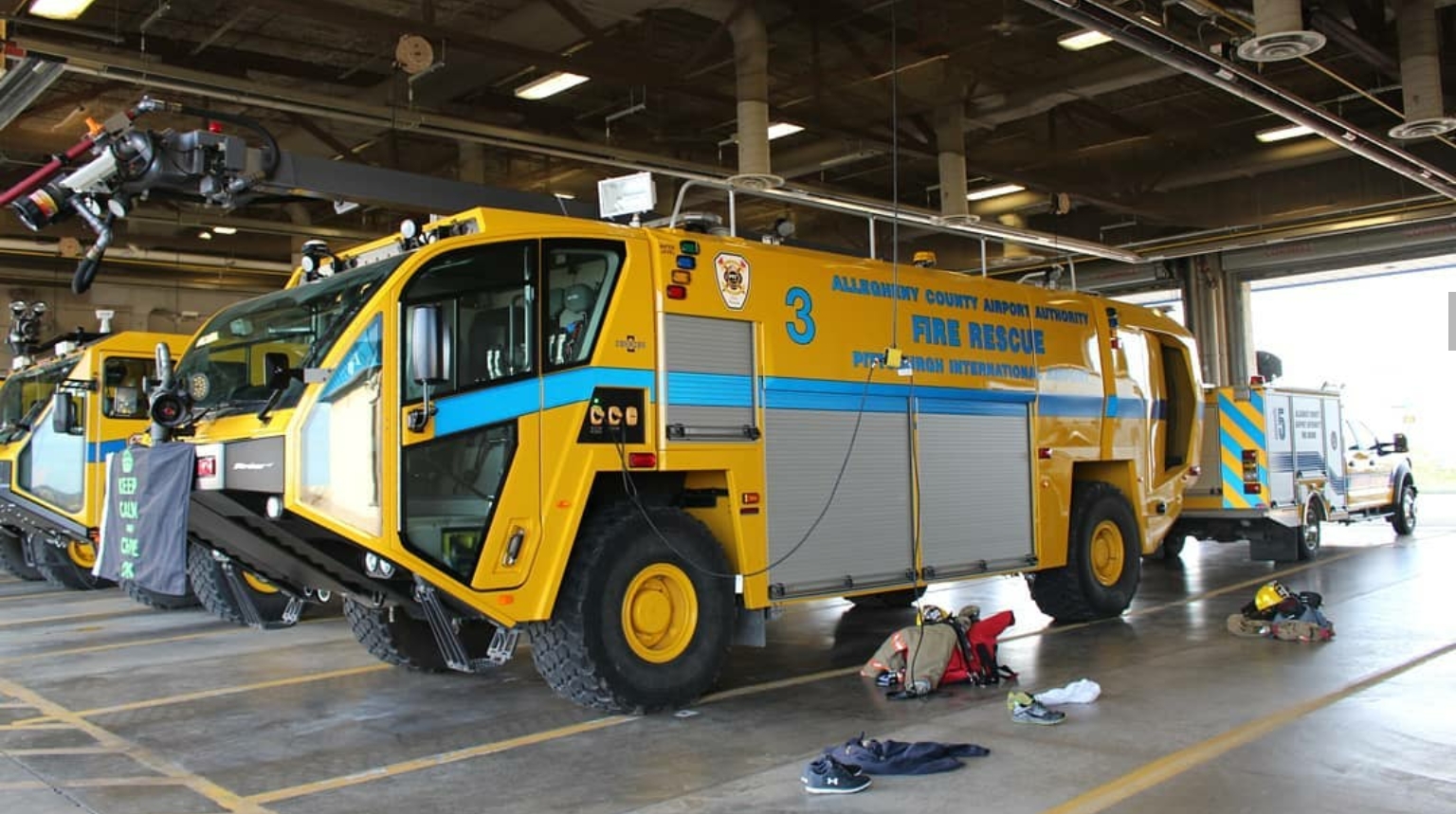 But it's stated that it was clearly pilot error. A UFO didn't cause the crash in the sense of attacking or even colliding with it, rather, just the fact of being there, probably really close, something so out of the ordinary that trained pilots lost composure while in awe.

Boeings chief officer, McGrew said that something startled them which resulted in an overreaction that ultimately lead to their demise. 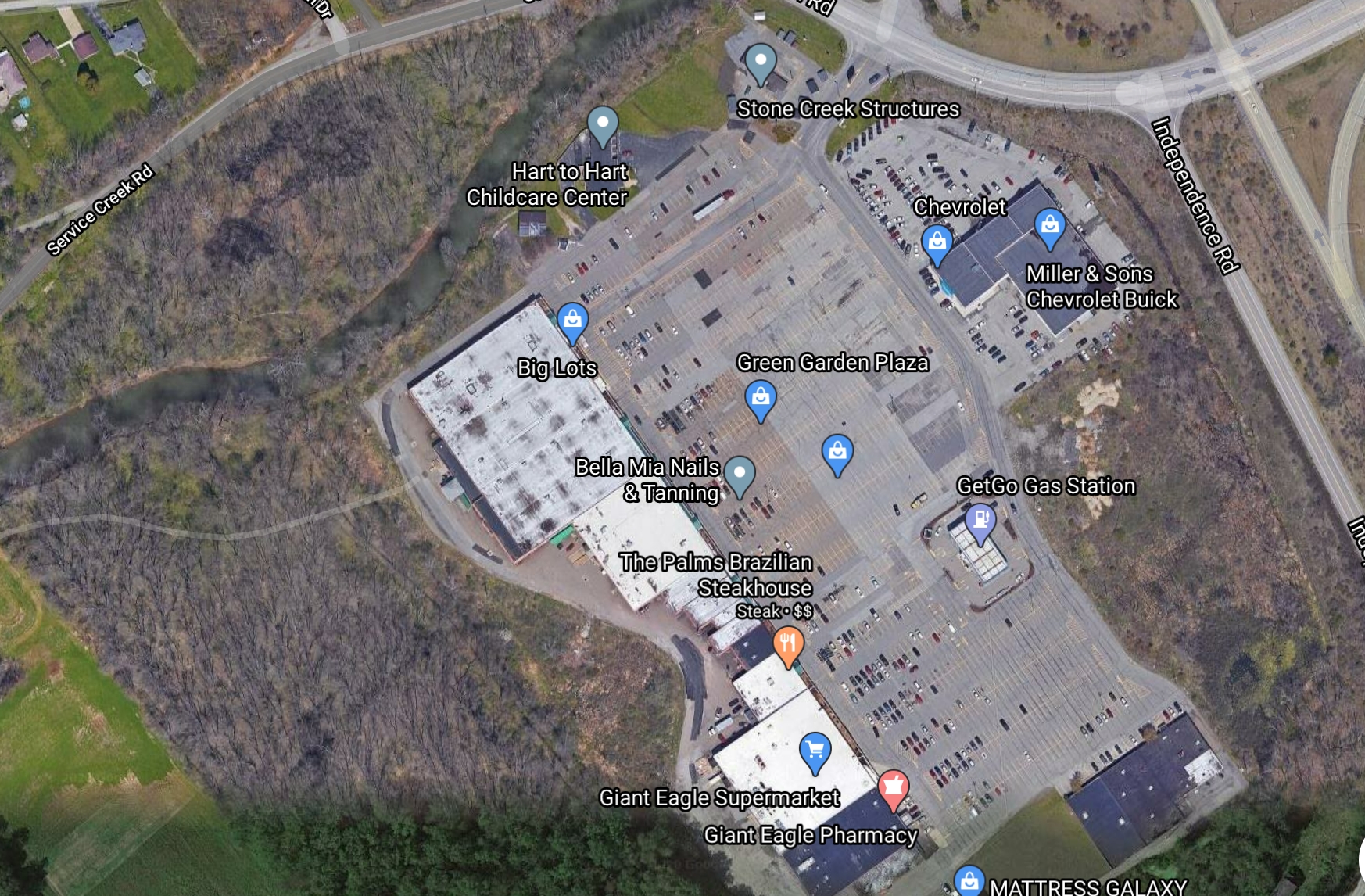 This was at least the second 737 to have mechanical issues. A frozon gear, in the tail.

Yes they got scared. The ATC trying to get that plane down walked out after silence.
Sadly to this day, I think Zaph knows more about this than me. The files are locked up on airport property and not the fire department. I have photos of the crash, but can't show them. It would ban me from ATS. I'm not kidding... mannequins everywhere... no clothes, no hair, faces gone.

FBI, NTSB instructed is to drop our hoses and vacate. Then the clean up...


Edit: I should be clearer on that. Once all fires were put out, we were told to vacate so evidence wouldn't get ruined.

Surprisingly the National Enquirer (similar to weekly world news) USE to be an actual news agency.
They were the first to report on Charlie Red Star - a flap of sightings in Manitoba Canada
edit on 19-2-2020 by Macenroe82 because: (no reason given)

How many flight hours do you have logged and have you ever seen anything that you thought was in your opinion probably not human made craft?

I find int interesting that the witness in the first clip mentioned the plain burst into flames then go down. I'm wondering how a rudder going to the side would cause this. Thanks for bringing this up. I think it's easier to blame a company than blame something that officially doesn't exist. Just my two cents.


The National Transportation Safety Board determines that the probable cause of the USAir Flight 427 accident was a loss of control of the airplane resulting from the movement of the rudder surface to its blowdown limit. The rudder surface most likely deflected in a direction opposite to that commanded by the pilots as a result of a jam of the main rudder power control unit servo valve secondary slide to the servo valve housing offset from its neutral position and overtravel of the primary slide


Wikipedia: US Air 427
I knew one of the victims on the flight, Tim McCoy of Three Springs, PA.

originally posted by: Alien Abduct
a reply to: 727Sky

How many flight hours do you have logged and have you ever seen anything that you thought was in your opinion probably not human made craft?

I would have to look at the company files and my individual log books but I have around 25,000 with the airlines and another 8750 in the military and civilian corporate or flying my own aircraft.. And no I have never seen anything "shucks" and I even looked outside quite a bit..and.... I had really good eye sight !! hahahah

You've really piqued my curiousity with your description of the scene so please allow me a few questions.
1) Was your comparison of the corpses to mannequins solely due to the lack of hair/clothing/faces or was there some additional attribute(s) that drew this parallel?
2) Was your choice of the phrase "...mannequins with their faces popped off." used only to further the resemblance to mannequins or was there something about HOW the faces were removed that led to the choice of words?
3) Was this your first mass casualty event?
4) Is the abscence/loss of faces a normal byproduct of these types of events?
5) What do you believe caused the removal of faces from multiple victims at this scene?
I hope I'm not seen as too intrusive or insensitive. Honestly, I'm just extremely curious about this crash scene per your description.
Thanks, in advance, for your patience and consideration.