Will Bloomberg Crash And Burn After Tonights Debate On The Democratic Presidential Stage?

posted on Feb, 19 2020 @ 12:18 PM
link
I think Mike Bloomberg's popularity will take a nose-dive after tonight's Democratic Presidential Debate. I may be totally wrong on this, but here are a few reasons why I think this will happen...

For one thing, I think Bernie Sanders and Elizabeth Warren are both salivating at the chance to debate Mike Bloomberg at tonight's Presidential Debate in Nevada.

In the past, both Sanders and Warren have demonized the ultra rich, especially the billionaires who have succeeded because of free-market capitalism.

"I Don't Think Billionaires Should Exist": Sanders Proposes Wealth Tax to Slash Fortunes of Ultra-Rich "Enough is enough. We are going to take on the billionaire class, substantially reduce wealth inequality in America, and stop our democracy from turning into a corrupt oligarchy."

Elizabeth Warren Discovers the Pitchfork The candidate has learned to kill the professor within, by going after billionaires.

Then there's this revelation that was posted today by HUFFPOST, concerning Bloomberg's proficiency at buying silence:

Bloomberg has also lavished billions on Democratic candidates and left-of-center causes, which helps explain why an ex-Republican who entered the race in order to thwart the party’s progressive grassroots nevertheless enjoys broad goodwill and even endorsements among the party’s elite.

The Democratic candidates might bring up Bloomberg's "political network," but they will surely bring up the many troublesome comments that Bloomberg has made in the past.

If you need proof that Michael Bloomberg is the absolute wrong person to lead the diverse Democratic coalition to victory in 2020, look no further than a recently resurfaced 2015 recording of him defending not only the controversial policy of stop-and-frisk but violent, racist policing in New York City.

"You've got to get the guns out of the hands of the people that are getting killed," Bloomberg can be heard saying. "You want to spend the money on a lot of cops in the streets, put the cops where the crime is, which means in minority neighborhoods." "So, one of the unintended consequences is people say, 'Oh my God, you are arresting kids for marijuana that are all minorities.' Yes, that is true. Why? Because we put all the cops in the minority neighborhoods. Yes, that is true. Why did we do it? Because that's where all the crime is," Bloomberg says. "And the way you get the guns out of the kid's hands is to throw them up against the walls and frisk them." "Ninety-five percent of murders, murderers and murder victims" are male minorities between 16 to 25, Bloomberg says.

Then, there's the "reported history of sexist comments" that Bloomberg has uttered over the years.

The Post published the collection alongside a report featuring detailed allegations from lawsuits and depositions against Bloomberg, as well as witness interviews, that described misogynistic remarks and a "pattern and practice of sexual harassment, sexual degradation of women and discrimination."

Among the allegations against Bloomberg was an incident where a female employee announced she was pregnant, and Bloomberg allegedly reacted by saying, "Kill it!"

About his company’s Bloomberg terminal, he allegedly said, “It will do everything, including give you a bl-- job. I guess that puts a lot of you girls out of business.”

And let us not forget about the disparaging comments Bloomberg made about farmers and blue-collar machinists in the United States:

“The agrarian society lasted 3,000 years and we could teach processes. I could teach anybody, even people in this room, no offense intended, to be a farmer,” Bloomberg said. “It’s a process. You dig a hole, you put a seed in, you put dirt on top, add water, up comes the corn. You could learn that. Then we had 300 years of the industrial society. You put the piece of metal on the lathe, you turn the crank in the direction of the arrow and you can have a job. And we created a lot of jobs.”

He went on to say that the emergence of the information economy is “fundamentally different” from farming and manual trades because it requires skills that require people to “think and analyze.”

I think tonight's Democratic Presidential Debate will be fun to watch, just to see everyone on stage ganging up on 'Little Mike.' I'm curious how he'll respond. Will he lie, or abruptly change the subject? Or will moderator Chuck Todd come to Bloomberg's defense?

“A major NYT exposé just revealed that CAP deleted a huge chapter on Bloomberg/NYPD out of fear of losing Bloomberg money, and the supremely dumb @ChuckTodd doesn't mention it when asking @neeratanden this,” Greenwald wrote to caption the video. “MSNBC has completely sacrificed whatever tiny remnants of journalistic credibility it had to turn itself into a DNC outpost to destroy the Sanders campaign,” Greenwald added.

The failure to ask about the Times report on the Center for American Progress reportedly covering for Bloomberg is the latest debacle for Todd ahead of his debate redo on Wednesday night, when he will co-moderate Democratic candidates in Nevada.

I have a feeling that Bloomberg's popularity will crash and burn after tonight's debate. Some are even questioning if it's even a good idea for Bloomberg to take the debate stage tonight. Hmmm, I wonder why, lol?

“I think this is absolute malpractice that Bloomberg’s team is letting him take the debate stage tomorrow night. I think this is the one thing that can trip him up, and they’re sending him head first into it.” 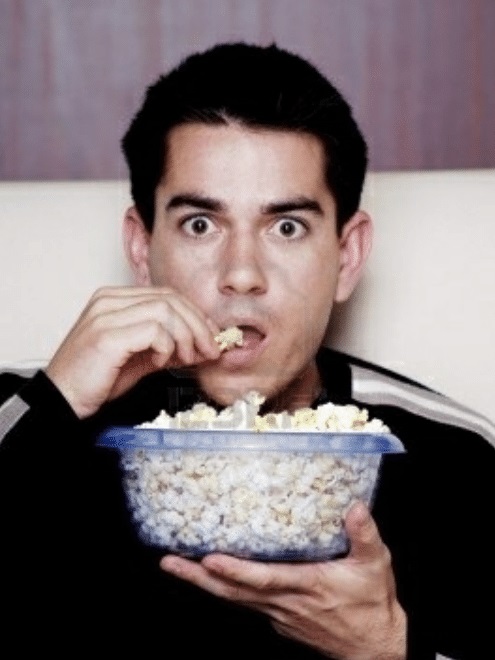 I honestly think Americans can see that he is literally buying his way to the top.

posted on Feb, 19 2020 @ 12:45 PM
link
From a UK perspective(I know that counts for very little as I can't vote)-
I think bloomberg comes across as the most unlikeable of all of the candidates of any party.
Something about his billionaire arrogance just irks me.
Couple that with the rumors he is thinking about hilderbeast for his running mate just makes me want to throw up.

A lot of people say Trump is bad-If you want to see real bad,vote for that pair of degenerate corrupt evildoers.
Just my opinion.

I don't know. Let's see if he gets sucked in to the free stuff black hole of Warren and Sanders.

They say that a free stuff black hole has so much gravity that reason can't escape.

posted on Feb, 19 2020 @ 12:49 PM
link
there is enough dirt on him in the public eye that if their teams are at all any good they will blast him throughout the debate.

Knowing how he has cheated his way to the top and exposed loopholes that existed. The boy is a joke amongst all the people I know that are registered dems. And if Clinton does become his mate and I hope she does cause then he is absolutely done for.

And also he is not even on the caucus ballot here in Nevada..... like wtf lol. Take him off the stage and put Tom there. At least that makes sense to me.

posted on Feb, 19 2020 @ 12:58 PM
link
He'll be fine. Nominations can be bought for the right price. Buy the pollsters, buy the media, buy the delegates. All for sale.
Bernie is going to learn this lesson all over again. DNC doesn't care. They just want the cash.

The debate will air live on NBC News and MSNBC. It will stream on NBC and MSNBC web and mobile platforms, and on The Nevada Independent's website.

Mike isn't in the race to win, though.

He's there for a couple other reasons.

First, he is there to siphon enough votes off to make damn sure that Bernie won't have enough delegates in the first round of voting at the Democratic convention.

So there will be a second round of voting.

In the second round of voting Superdelegates are back in play...

A lot of whom Mike's money put into power in the first place.

THEN there will be a brokered convention which will result in a few things...

1./ Bernie will sell out to Mike for a very nice price.

2./ Democrats will nominate someone who has NOT had to go through the primary... the reason behind that is so the person can run in the general election without having all the baggage of having to run left of Stalin to win the primary.

He wants to own whomever the Democratic Presidential candidate is.

That way he can keep meeting his goals for America by doing what he always has done... stay in the shadows and throw money towards his agenda.

Third and finally, the only reason he stepped up to plate is the abysmal performance of Biden, who was only there to keep Bernie's delegate numbers low.

posted on Feb, 19 2020 @ 01:09 PM
link
So, according to the OP's quotes, Bloomberg has said “The agrarian society lasted 3,000 years and we could teach processes. I could teach anybody, even people in this room, no offense intended, to be a farmer,” Bloomberg said. “It’s a process. You dig a hole, you put a seed in, you put dirt on top, add water, up comes the corn. You could learn that."

I went to google and searched for highest producer of corn in the U.S.A. Seems to be Iowa. Next i proceeded to image search, and for one of countless examples, a corn field like this is located there: 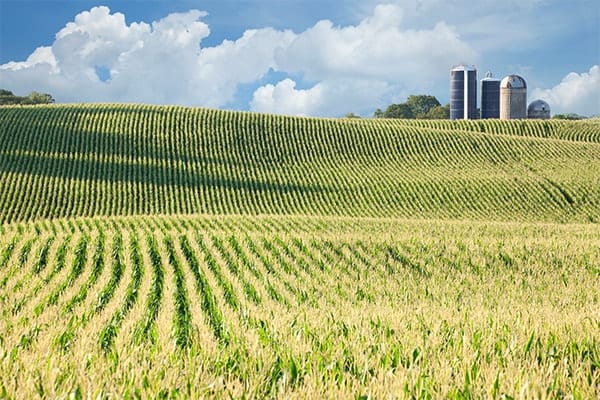 So all that it takes, to make it happen, is digging holes, put seeds in them, dirt on top, add water, and up comes the corns. Cool! I thought it would be slightly more complicated than that, more labor involved in it, but thanks to Bloomberg, i know better now. That man seems to know how to make everything bloom(berg).

And now after all the allegations and facts about the insults Bloomberg has thrown around, the OP asks: "Will Bloomberg Crash And Burn After Tonights Debate On The Democratic Presidential Stage?"

In my books, Bloomberg has crashed and burned already.

posted on Feb, 19 2020 @ 01:10 PM
link
He's going to get tossed a bunch of softball questions, Bernie will be ignored, and in the end we'll be told how amazing Bloomberg looked while Bernie needs to drop out immediately.

Nothing beats sitting on the recliner with a cold one yelling obscenities at the T.V., trying to get invisible cohorts to agree with my political views, all the while laughing like a crazy person.

A lot more to farming than planting corn and wheat. Cattle farmers, Bison, pigs, chicken, crawfish, wine cultivation. It's demeaning as hell what he said but one does not become one of the richest people on the planet being Mr Rogers.

One thing is for sure; Farmers don't cultivate inner city freakin gun violence by black youth.

Bloomberg is the most "moderate" Democratic candidate there is. I believe Lumenari is correct, however. He isn't there to win. But this is how bad the Democratic party has gotten.

They asked the candidates if they preferred American idol or dancing with the Stars.

It was at that moment when I realized we were all screwed.

I predict Bloomberg will answer every question with Mike Will Get It Done... and Rob Scheider will popup in the background and yell "Mike Can Doooo Eeeet!".