A Sunday Morning In America

posted on Feb, 16 2020 @ 08:02 AM
link
I woke up at 4 am to catch an early flight from Fort Lauderdale to Houston, running into the cruise ship passengers who’ve been dropped off at the airport.

It’s 6:00 am. We can’t move at the airport. Cruising—one of America’s favorite pastimes.

My flight is delayed two hours, which is a good thing, given that it takes hours to move through security and I would have missed my flight. We’re forced to walk through a checkpoint three at a time with police dogs who are sniffing us for drugs or explosives. We walk through the X-ray machine for our morning dose of radiation. TSA is yelling at everyone. It’s too early for stress.

I spend $16 on the worst eggs ever made in a first world country.

No one speaks English around me. I punish myself for being unkind, but sometimes I don’t even know where I am.

I’m a tour director and travel all over the world and every time I come home, I resent America even more. The corrupt politicians. The unawake masses. The lowering of IQ’s. The crappy food. Hollywood and their terrible movies. A country so changed and degraded I don’t recognize it anymore.

A morning at an airport is to me the best way to see our country. It’s like a tour of the heart of the US. It’s ground zero for forced control. For the consequences of the Patriot Act. It’s where Americans are hassled the most, where there’s a real battle line drawn between freedom and totalitarianism. This is the training ground.

I’ve been awake since 1997. That’s a long time to watch ones country go down the proverbial drain. I dream of finding a cozy spot in the world where I can live in peace, but they really don’t exist anymore.

Man, I’m tired. That’s the Patriot’s battle cry and his state of mind. Once upon a time I was just moving through my life, and now I’m fighting for our country. Thankless work. The saddest work.

The blank faces of people waiting for our late plane.

The division, the uncertainty, the ignorance, the brainwashed masses. Too tired to care.

They’ve escaped the lunacy of our country for seven days on a big cruise ship, but they’re back at the airport now, and we’re all forced to remember how far we’ve fallen here. 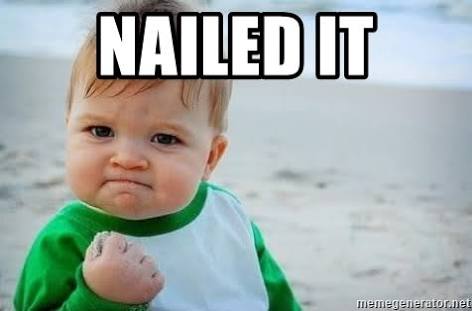 I'm outside of the US again now, and have not plans to return. In the liner notes to his 1972 album, John Prine said of this song, "The theme of this song is the disillusionment of the country during the Vietnam War era. As in the liner notes to his 1993 anthology "Great Days" Prine wrote: "The idea I had in mind was that America was this girl -you used to take to drive-in movies. And then when you went to get some popcorn, she turned around and screwed some guy in foreign sports car. I really love America. I just don't know how to get there anymore…"

posted on Feb, 16 2020 @ 10:07 AM
link
Woke up and tossed and turned. Cold yet so went back to sleep for another hour. Got up and fed the cats then made coffee. Later I'll go into town and get a few groceries and come back home to small town America. No airports, no tsa sniffing the nether places, no hoards of pleasure seekers experiencing no pleasure what so ever. No bumper to bumper traffic and road rage. No lines in gas stations. But, I'm the one they call red neck and hillbilly, stupid and illiterate...? I don't mind you see, because it is working So well. I have escaped the hoards, them thinking where I live is so unsophisticated and backwards, surely no one of any intelligence would move through such remote and backward locations. That surely we would be far too simple and destitute of morals to even have conversation with. The unwashed masses, barefoot and beneath them.

Certainly we prefer that type of thinking, that is, as people beneath your standards, worthy of only scorn. It tends to keep our small slices of beautiful America safe from those so unlike us. All that and no need to suffer vitriolic and hateful barbs and proclamations of our unintelligible grunts.

May your Sunday be everything you think you deserve ...

You are free to move away.

posted on Feb, 16 2020 @ 10:33 AM
link
Haha , awesome. We must be neighbours. Every day is awesome here. Sunday morning and a friend broke down on the highway. Off to get a tow truck and bring it to my shop. Home-cured ham on the smoker, you should come over later. a reply to: Plotus

Is it true that almost 430 languages are spoken in America? And almost 40 million Americans speak Spanish...

"Few people realize that within the confines of the United States there is spoken today a far greater variety of languages ... than in the whole of Europe. We may go further. We may say, quite literally and safely, that in the state of California alone there are greater and more numerous linguistic extremes than can be illustrated in all the length and breadth of Europe."

I'm at the airport this morning as well and will be there again tomorrow. Other than the TSA screenings it's all rather mundane.

posted on Feb, 16 2020 @ 11:06 AM
link
Such a chillingly astute and intelligent answer! Thanks for boosting the collective intellect of the human race today.

originally posted by: MRuss
Such a chillingly astute and intelligent answer! Thanks for boosting the collective intellect of the human race today.

So full of win. Does that mean that ignorance is bliss? Maybe not as the people lost in stupor don't appear to be very happy anymore.

posted on Feb, 16 2020 @ 12:12 PM
link
Why don't you get off that express train to hell and get a cabin in the woods if you're sick of people? Yes, our society has degraded quite a bit over the last few decades, but you can't not do anything to help correct the problems and get to bitch about it. That's called whining. Rant or not, come up with a workable solution that you can contribute to or be quiet. Use that energy to help fix it.

My advice: Let it go. You won't be able to stop the world from changing. Time is moving forward, there is nothing you can do about it. Surrender and save your strength for things that really count.

The torture never ends
We were born for this
To this symphony of fate
We will all burn in hell...

posted on Feb, 16 2020 @ 03:31 PM
link
There are far worse-off places to live though. A lot of people move to America for better job opportunities and freedoms.

I get the frustration with politics and frustrating laws like the patriot act or civil forfeiture. Overall though, i rather take my chances here (even in illinois) than a lot of other countries.

Hardly indicative of America. What ever in the Hell makes you think it is??

No airport I've ever been in is a pleasant place. You get in, and get out.

Horrible food in an airport? This is my shocked face>>>> 🤦‍♂️

I don't know anyone who likes airports. TSA agents are, to put it bluntly, micro-cephalic idiots with delusions of grandeur. That's why I don't fly if it can be avoided.

I’m a tour director and travel all over the world


Your priorities are mixed up. You are experiencing what you sought, found it and now seek solitude from it.
There are still places in this nation suitable to living what you seek. I live in such an area in the deep south, west of the Mississippi.

A Tour Director complaining about people going and coming from holiday?