So, my oldest son got my a new PS4 Pro a couple weeks ago, maybe a month. Back when he was young we used to game together on the Xbox 360. Good memories. Well, I kinda drifted out of gaming. But he got me the PS4 along with the Uncharted Nathan Drake Collection that includes the first 3 Uncharted games, and Uncharted 4.

Have to say the first game was dated. But it originally came out in 2007. The second game was ok. The third better. But the fourth...wow...what a great game. The series overall is great for the stories. Nathan "Nate" Drake (Morgan) is a down-to-earth treasure hunter, a la Indiana Jones. It was great going through the adventures through the 4 games. Watching his relationship with Victor "Sully" Sullivan, and the reporter who eventually marries him, Elena Fisher.

Just had to write a post about this game. I have to rate it up there as one of the best ever, that is the last in the series, Uncharted 4. Definitely one of my favorite games. The graphics, on 4k UHD just is gorgeous. I was doing a lot of screen capturing while playing...will add some screenshots below, but these don't really do it justice, you have to see this game in its 4k UHD glory. Best graphics probably ever, I've ever seen at least. The story is great, good action/adventure, treasure hunting game, lasts about 16 hours. Gorgeous sets, great voice-acting, good game-play. 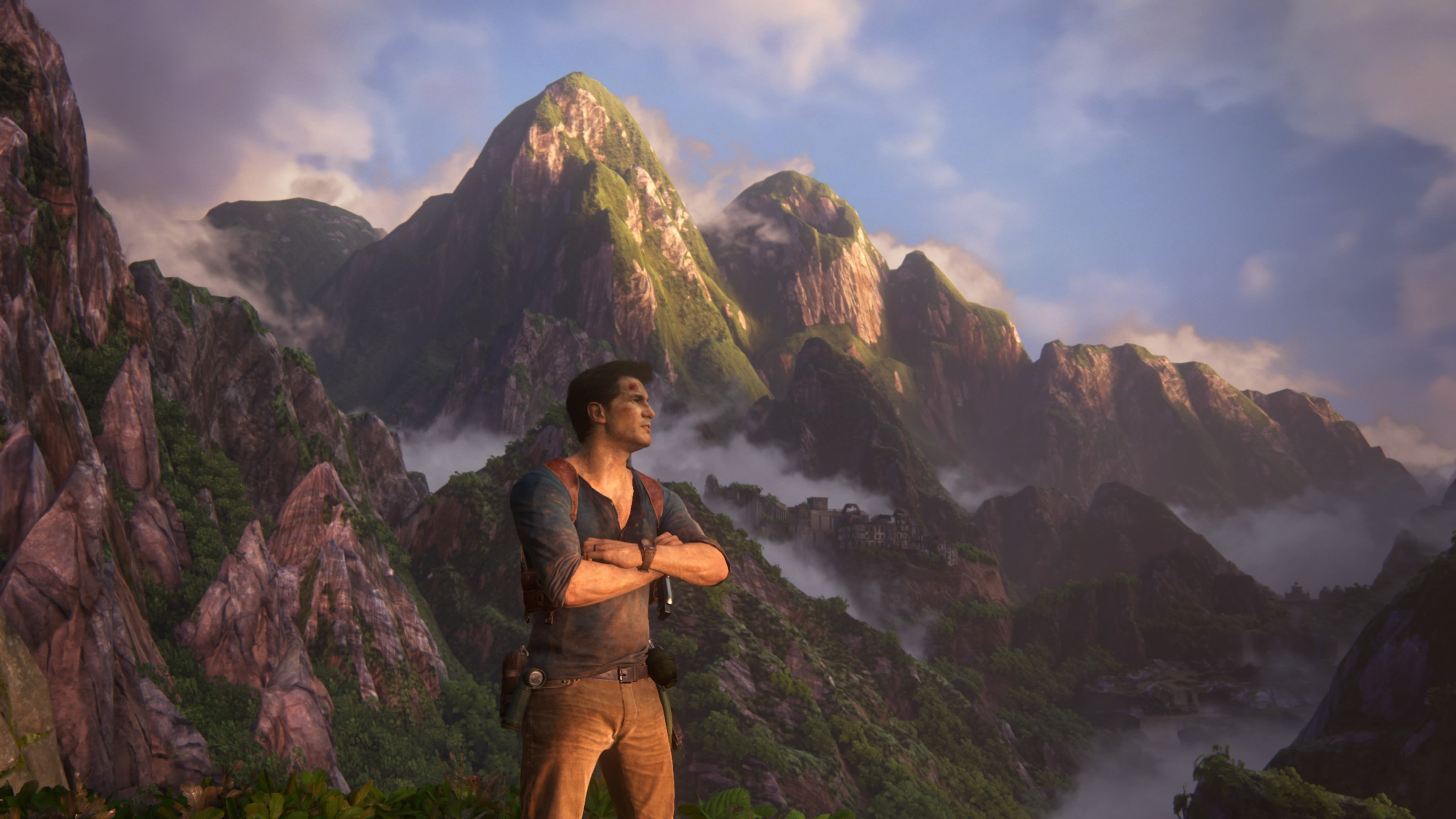 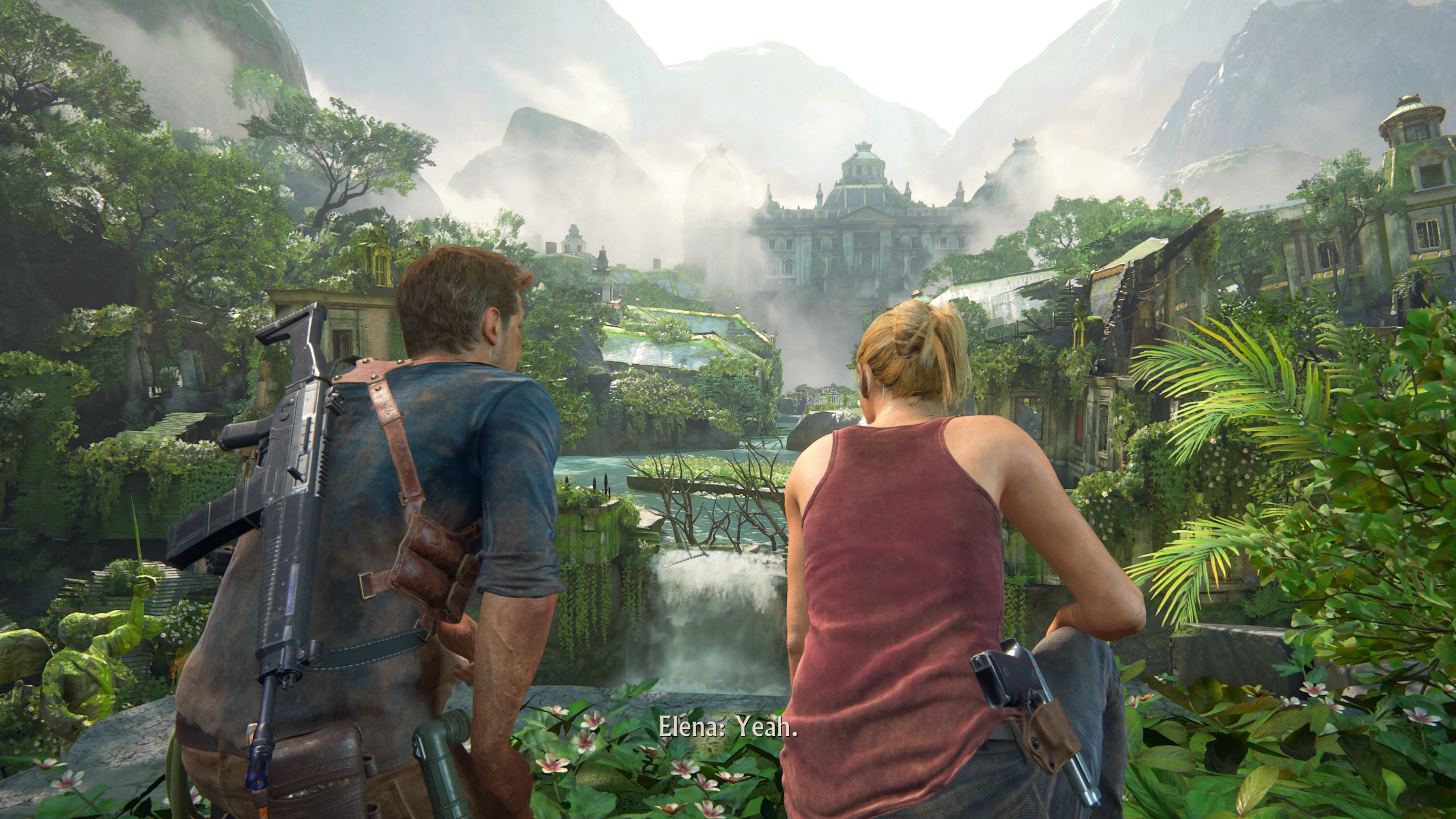 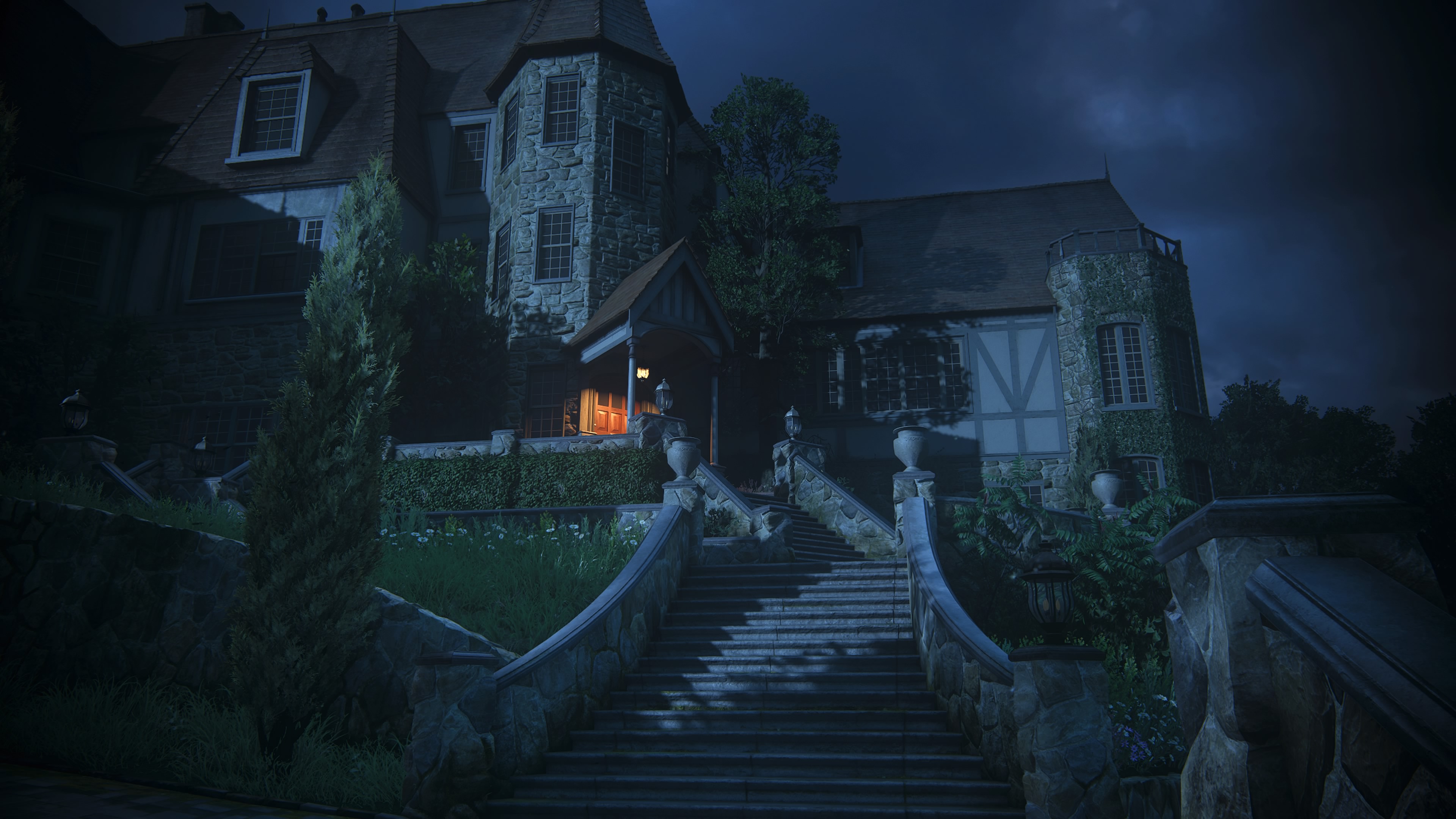 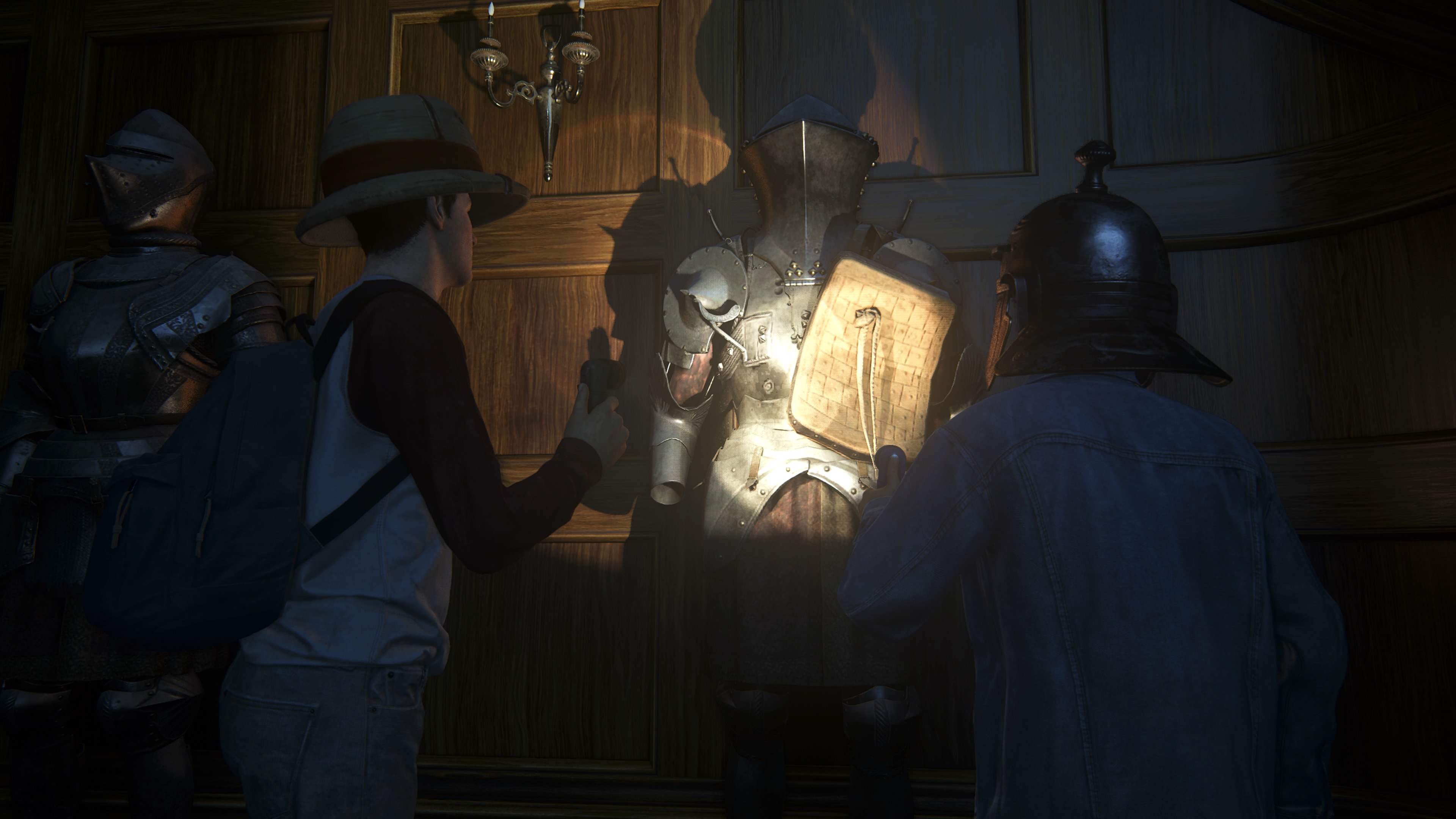 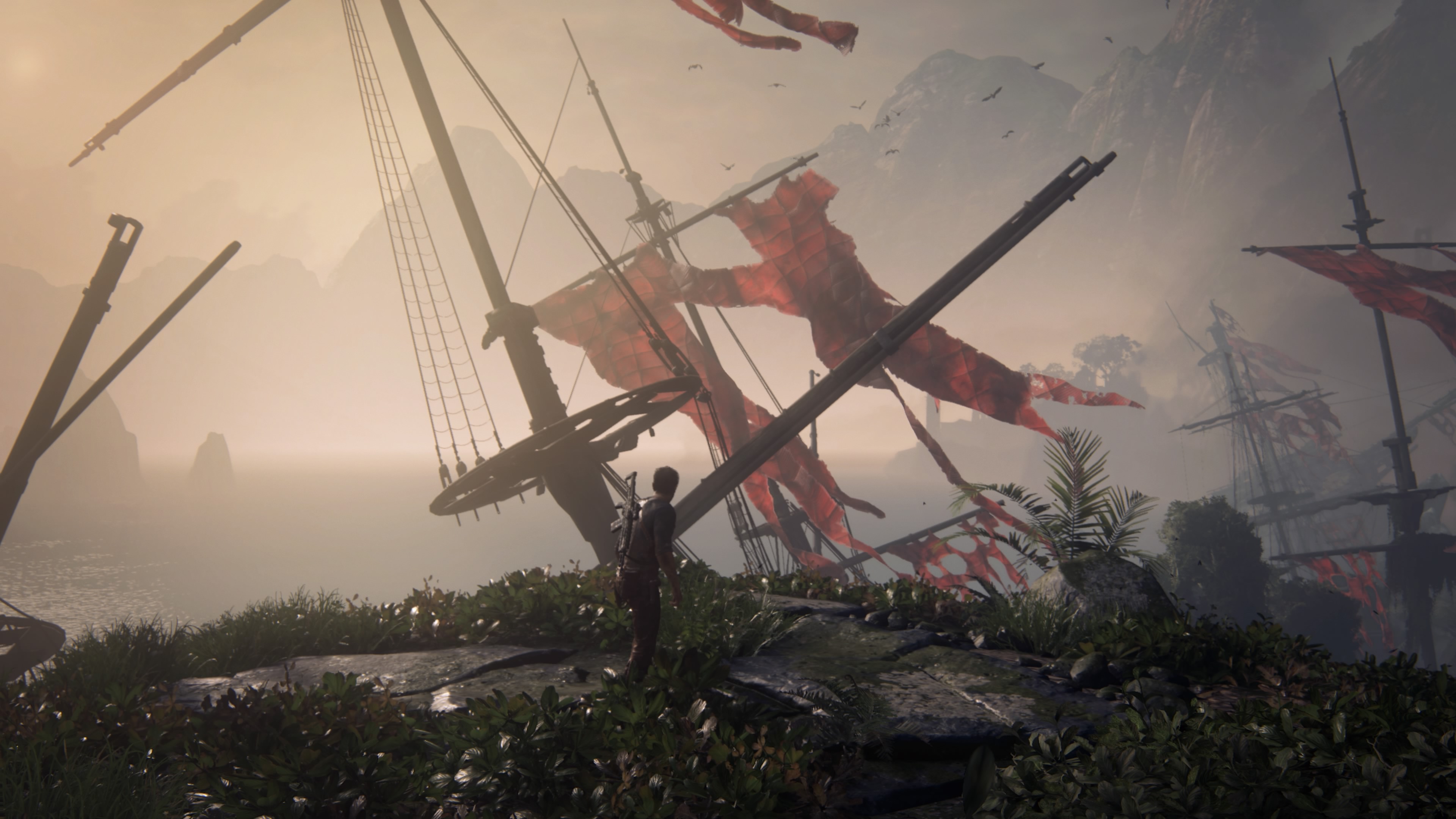 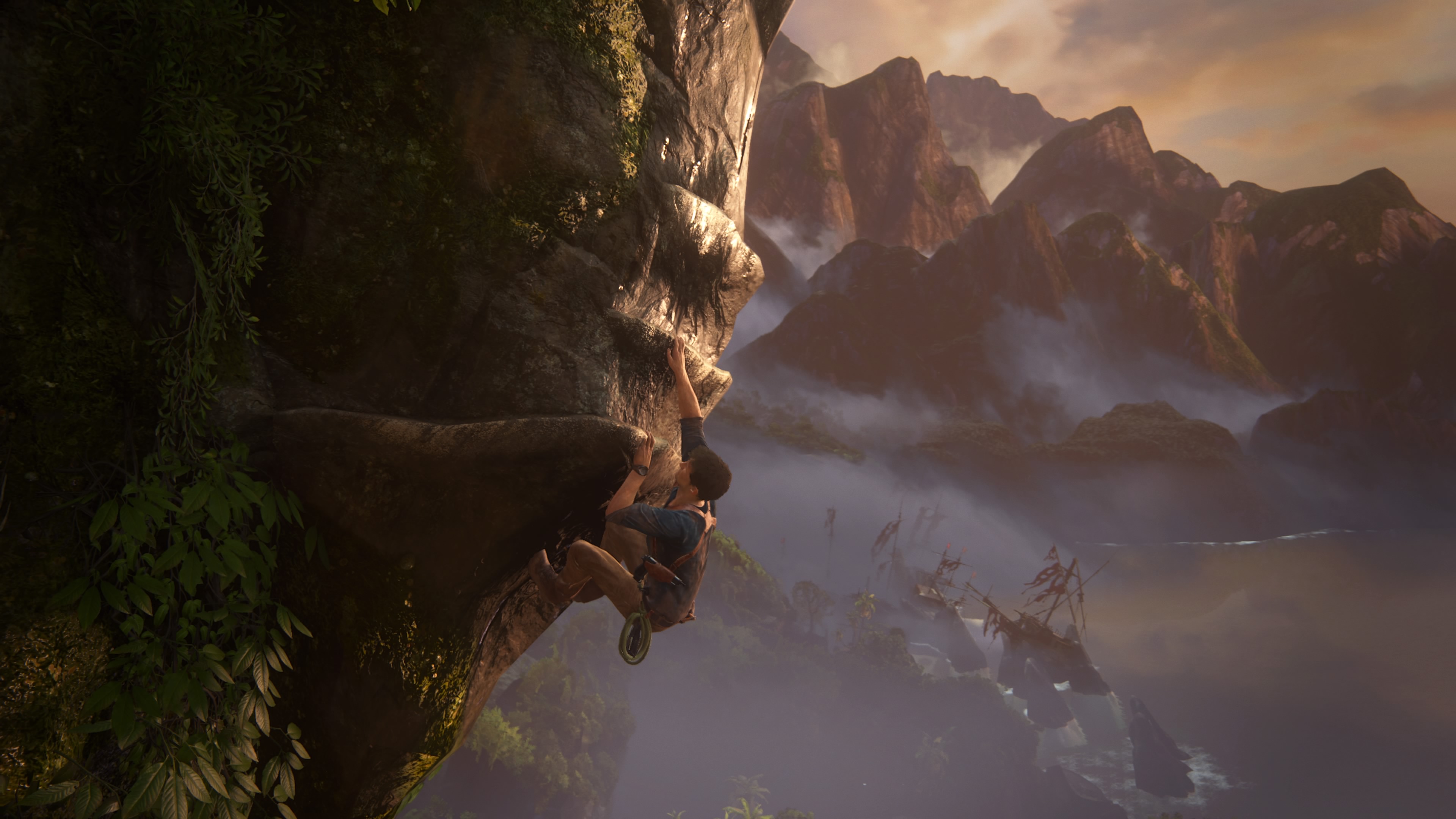 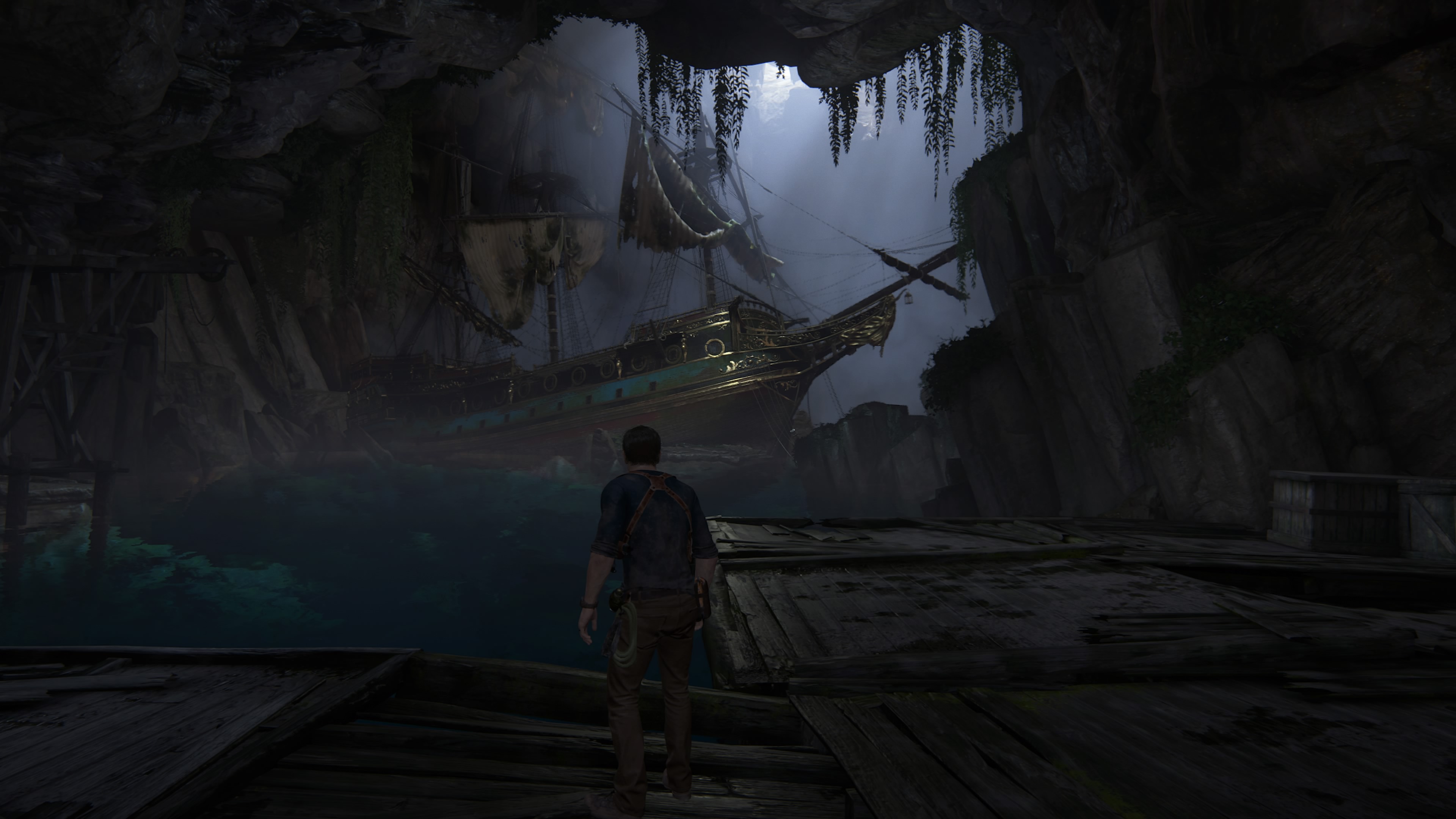 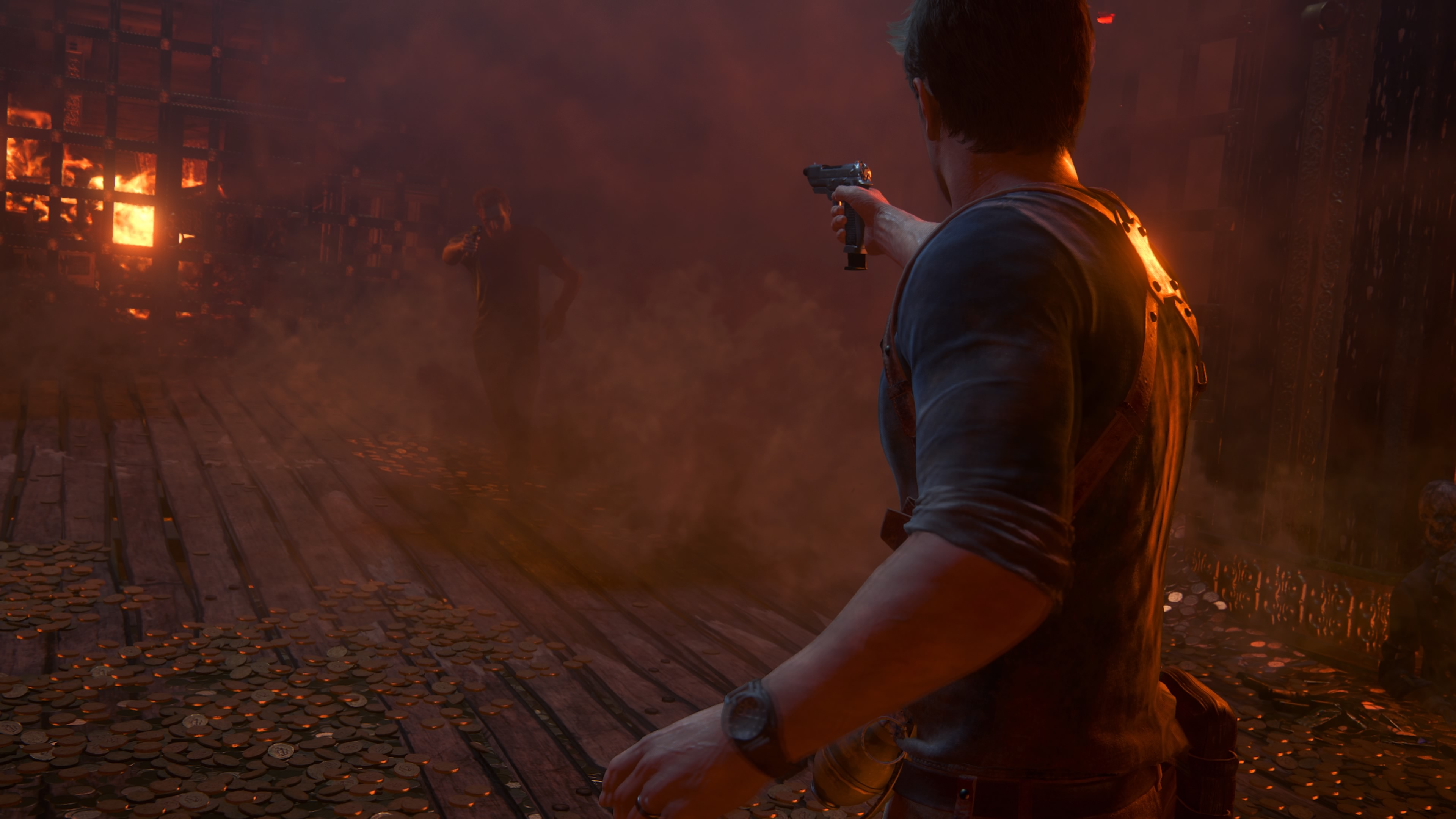 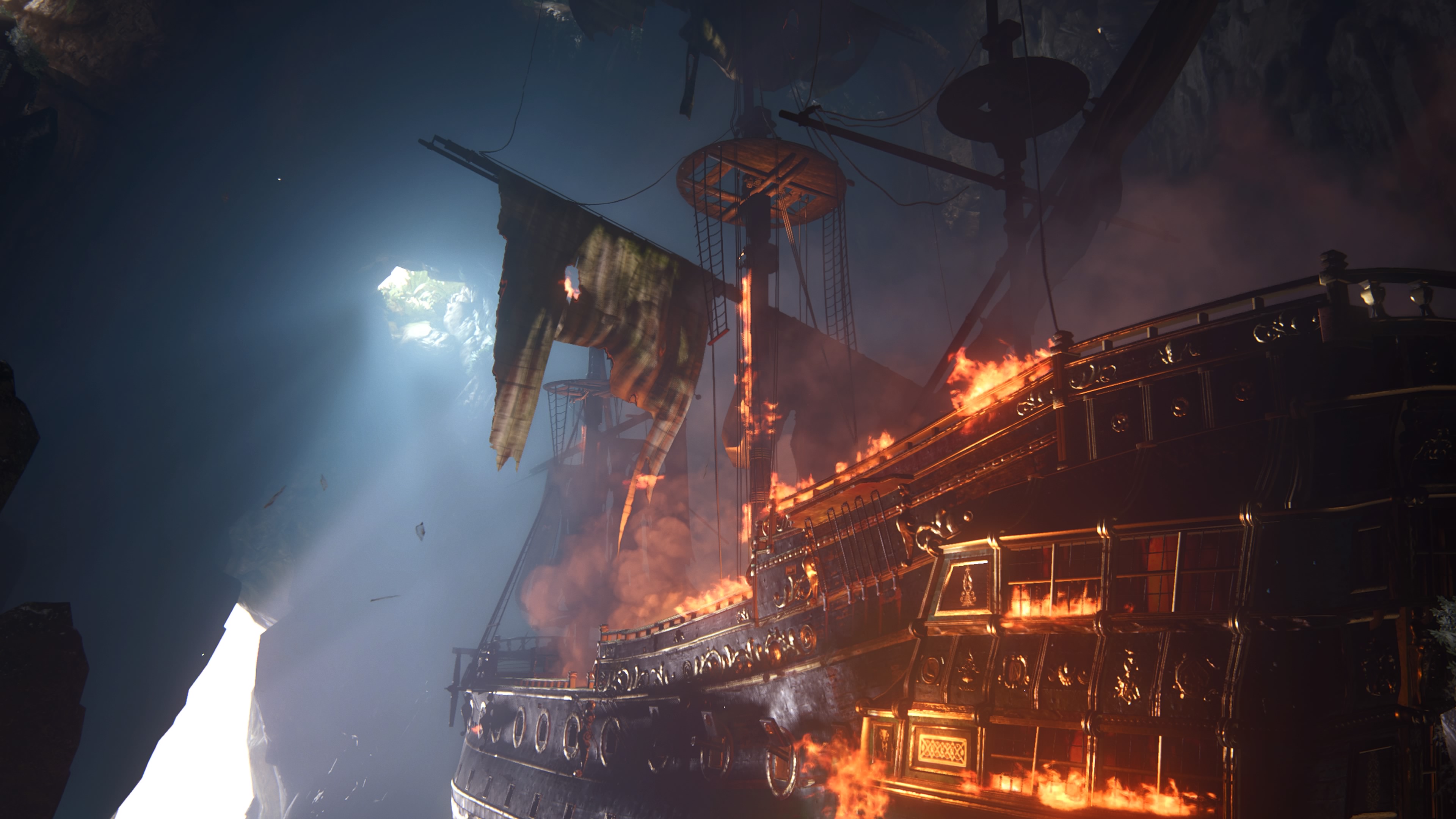 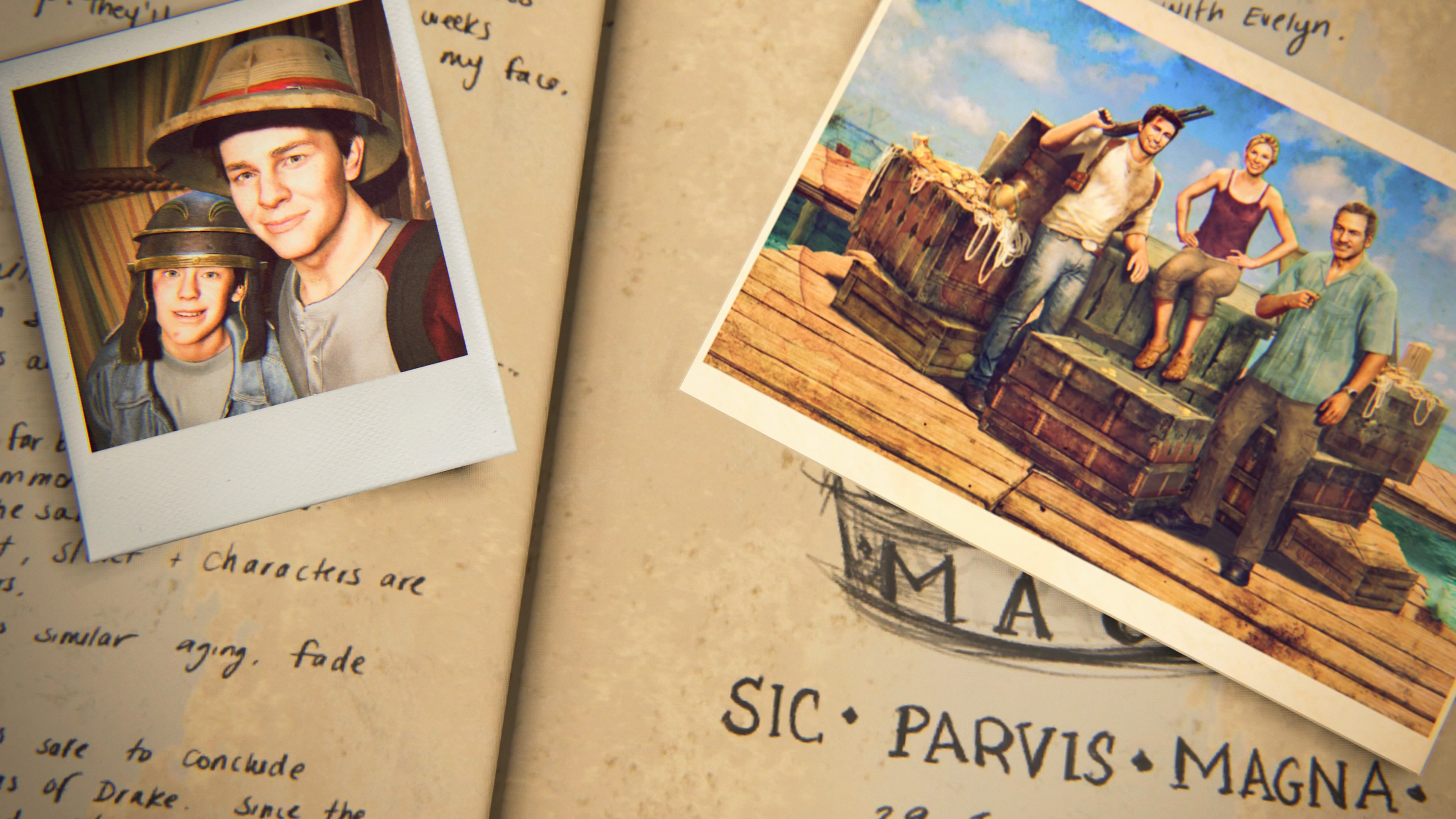 OK, OK - so, I don't do video games, but my 14 year old son is obsessed - I just regularly part with cash to feed his appetite.

He has a PS4 and bought to my attention that in November 2020 the PS5 is coming out.

Now, and here's the reason I'm posting here - that game Uncharted 4, looks #in awesome and is right up my alley - 16 hours you reckon? Even better.

For the first time since Pac-man, I might just get myself a game (and consol) for Christmas this year.

Hey - really appreciate you bringing this to my attention, that's awesome. I recently upgraded to a 4k TV too, figured since YT is now doing 4 & 8K definitions, I wanted some of that shizz - especially when it comes to my channels I watch.

Was playing the game and my wife sat down on the couch beside me and was watching it. She is not into gaming or anything computer related for that matter. Finally after about 30 minutes she asked me, is that you doing that? I said yep. She said, oh, I thought I was watching a movie. The graphics really are astounding. The action sequences are heart-pounding and incredible. Better than watching a movie. Highly recommend!

posted on Feb, 15 2020 @ 08:41 PM
link
Loved these uncharted games, but then i loved monkey island & broken sword on the old computers growing up.

I'm actually right with you on the topic.

I upgraded to a large 4K and haven't really gamed in some time so was wondering about VR.... I have the space for it.

I think I will dip my toes into the water with a PS5 for Christmas instead of VR.

The screenshots alone on this game look amazing...

If you liked Uncharted 4 don’t forget to pick up a copy of Uncharted: The Lost Legacy with Chloe Frazier and Nadine Ross. They do not have Nathan in them but the same adventure and mechanics are there. The timeline is sometime after Uncharted 4.

The “Last of Us” game is also from Naughty Dog studio and can also amaze you with the story telling and graphics. It’s an apocalyptic tale that some may not get into but I loved it. It was voted game of the decade by metacritic. Not bad for a PlayStation exclusive game.

posted on Feb, 16 2020 @ 08:59 AM
link
Uncharted is awesome-great graphics,story,locations,charaters.Top game mechanics.Like being inside a really good action/adventure film.
I really hope they let naughty dog loose on the new unreal 4 engine.I would love to see what they could do with that in the future.
Loved the lost legacy spin off as well.

Give me more please naughty dog

Last of Us 2 comes out at the end of May and I cannot wait. After seeing the gameplay and added features it is guaranteed to be epic.


Anyone wanting to play the Uncharted games and haven’t used your 7 day trial to PlayStation Now should sign up and try it out. They currently have all of them even ‘The Lost Legacy’ until April. I used my trial to play and beat Lost Legacy, just remember to erase your credit card info before the end of the trial or they automatically take the money from your account.

posted on Feb, 16 2020 @ 09:41 AM
link
a reply to: TheLieWeLive
Can't wait for the next last of us.
The first one was genuinely creepy.
Great story and gameplay.

Haven't heard of Playstation Now. Looked it up on the internet to check it out. It looks alright, especially if you have a new console and want access to a variety of games for a montly sub. But it looks like it's for US only.

My kid downloaded Horizon 0 Dawn for me last night and a couple other games, including Spider-Man. Both games have incredible graphics at 4k HDR. I was calling it UHD but that just means 4k. HDR with 4k is awesome. Was playing through a little Spider-Man, aww...another great game. Plays like a movie, just like Uncharted 4. These should hold me over a good while.


I'll look into that standalone Uncharted Game. Haven't heard of it. Definitely want to try it out.
edit on 16-2-2020 by SimpleIdea because: (no reason given)

I’ve been playing the heck out of Spider-Man. They really got it right with this one. To give you an idea of how much I like it I’ve completed the game, all 3 downloaded extras included, to 97% completion. I just have to play through again on Game Plus (you have to play through once to see it) on Ultimate setting and I’ll get the 100%. I have never put this much effort into a game, but for some reason this one clicked with me.

I’ve seen the Lost Legacy game for about $20 US so it’s not terribly expensive. It was going to be a dlc for Uncharted 4 but it was really it’s own game, so they decided it could stand on its own. It’s more Uncharted puzzles and climbing just without Nathan.

4 was good, but the second is up there in my top ten of all time. Story was amazing, graphics at the time were awesome - they really pushed the PS3 to it's limit.

If you've got a Pro get yourself a copy of The Last Guardian. It's a fantastic game and one that spectators will also thoroughly enjoy.

posted on Feb, 19 2020 @ 12:08 AM
link
a reply to: SimpleIdea
The uncharted games are great. I played them all, well except for the last one I think. Dont even know really as I stopped playing videogames for a while now, and even most great games I only play a bit, or half way.

But ya, the uncharted series? They play like a movie and its something you can just pick up and play. The only gripes, it does feel like you cant lose in the game. But they do have different difficulties settings.

But overall, its a good game and series. Though now. I think only the remakes there doing for FF7 is going to be worth any time, and if they have a new PS5 coming out or whatever. Probably not going to be to interested into it any more, seems things in that department have slowly been weening out for me. In the future may not even bother with it much if at all.

Maybe just party games like Mario Kart, once in a while when I have somebody to play with. Maybe.

I first came across the Uncharted games in the same kind of way I own an Xbox 360, and I have owned a (standard) PS4 for about five years. The Uncharted Nathan Drake Collection was bundled with my PS4 at the point of the purchase. I love the Uncharted games. The storyline in the first game is fantastic. In the fourth game of the series, the story dragged on for too long. Graphically, I felt the PS4 games in the series are missing details (For instance: fish in the ocean). But I welcome the eventual next instalment in the franchise.