posted on Feb, 14 2020 @ 06:32 PM
link
a reply to: spiritualarchitect
I disagree I think he could be a hoaxer that didn't give as many followers as he wanted back in 2011 and got bored and left.

originally posted by: Caver78
a reply to: penroc3

I am apparently going against the grain here, but yeah.
It's a "something".

Pay attention or not there is a LOT of crap out there we dismiss out of hand simply because we've got no frame of reference for it. That doesn't negate it, but it equally doesn't explain it. Penroc did as many ask, "pics or it didn't happen" so Kudo's for posting this!

Also kudos for going with your gut. If you think you're being watched, you probably are. While I'd love to hear the back story an what happened next, that's at your discretion. I've read your posts an not known you to be less than a straight shooter.

The story was just what I said, me feeling being watched and quickly opening the window with my camera ready and that’s what I got

The feeling I got was almost overwhelming to the point of flight or fight responses kicking in, it took everything I had to open that window.

The outside ground level starts at the shelf inside is seen, I’m 6’4” and it’s about chest level just for a size comparison and to get your bearings

I’ve seen orange,blue and red orbs and smaller black tri’s among other things I just happen to have a camera and the fortitude to snap this one

If anyone is in communication with real extraterrestrials please pass along this message, "Please help us. We are not capable of governing ourselves. Please do something to focus our governments on being less corrupt and self-serving. Thank you."

"Only assholes wanna tell you how you should govern your own life. We're not assholes. We want you to think for your selves. If the goal is emancipation from all forms of tyranny and oppression, then each individual must come to the conclusion for themselves and take action based off that. Anything else is just tyranny and oppression in another disguise. Pseudo-freedom. Also, some of us tried direct intervention before and yall ended up worshiping them as gods. Some of you verge on worshiping "aliens" even today. No one is going to save you except your selves."

So, basically it's like Star Trek's prime directive. Only assholes want to be a "leader." Only the most egotistical, out-of-touch, hubris-filled, sociopath thinks, "I shall be the savior of humanity and usher in a new golden age," lol. That kinda talk usually precedes a whole lotta killin, historically. The road to hell...

Thanks for the backstory!

Stuff like this is why I avoid windows at night. You accidentally see stuff that shouldn't be possible.

posted on Feb, 22 2020 @ 06:18 AM
link
I see what others are seeing but I can also point out that there are three other candidates within the picture.
edit on 22-2-2020 by fromtheskydown because: spelling

there is one other thing in the pic but i use it to see who is paying close attention.


here is another photo from that night and i took a pic of a very friendly looking and large 3d looking female gray.


i think shes in the window pic to, protecting mew so to speak.


look in the left glass door by the flash 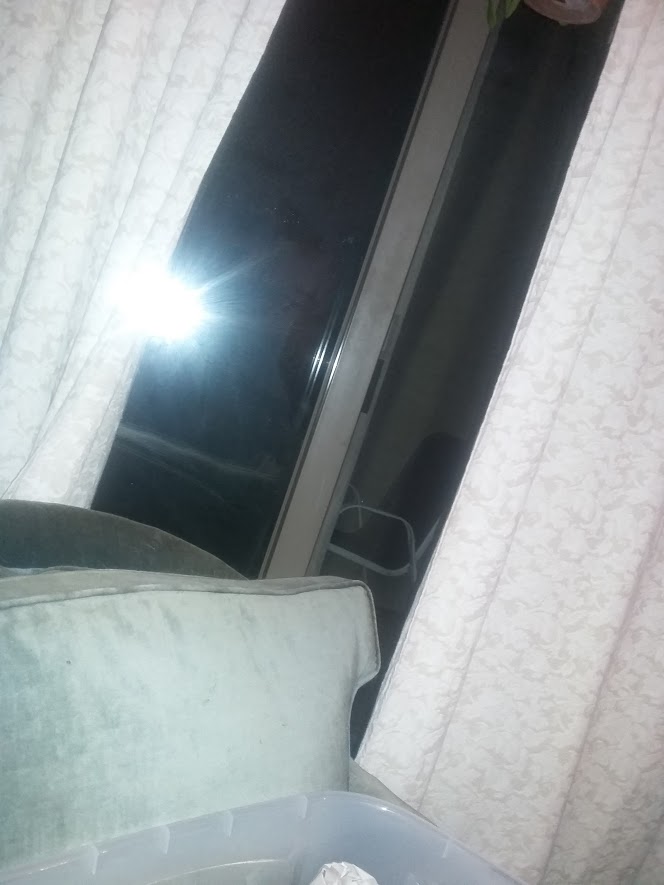 It does seem very real,but some things add up, theres three or four videos all show very little actual footage, theres also accompanying text to some of the videos which seems like dribble

So yeh its quite convincing but it doesnt proove anything