WHO has renamed the virus to COVID-19- Link

There has been some unusual reporting of infections/fatalities in the last 48hrs. This is believed to be changes in the way Hubei province records/reports infections or WHO being allowed into China is forcing them to provide more accurate numbers - no one is really sure at this point. 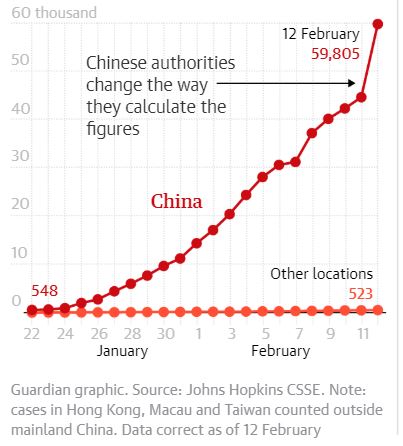 
The novel coronavirus (2019-nCoV) is a recently emerged human pathogen that has spread widely since January 2020. Initially, the basic reproductive number, R0, was estimated to be 2.2 to 2.7. Here we provide a new estimate of this quantity. We collected extensive individual case reports and estimated key epidemiology parameters, including the incubation period. Integrating these estimates and high-resolution real-time human travel and infection data with mathematical models, we estimated that the number of infected individuals during early epidemic double every 2.4 days, and the R0 value is likely to be between 4.7 and 6.6.


Dr Li Wen Liang who gained worldwide attention died from the infection 7 February 2020, although China quickly attempted to roll that back when outrage started pouring in. Dr Li Wen Liang was the person who blew the whistle on the virus in the early stages. He was arrested, found to be infected and later died. When all is said and done I believe his name will play a big part in changes brought by the post virus understanding. 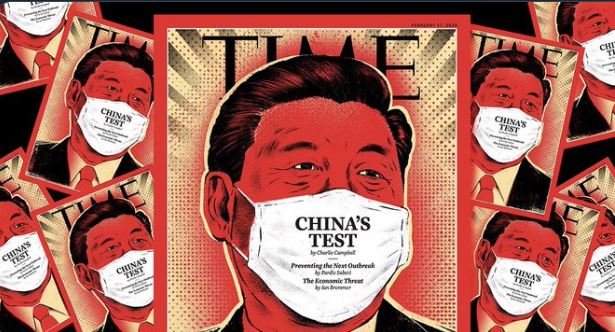 
Coronavirus can be spread through people who aren’t exhibiting symptoms of the illness, the director of the Centers for Disease and Control and Prevention said Thursday.

The incubation period was initially thought to be 14days, this has since been revised to 24days - Link


New research from a group of Chinese scientists suggested the virus’ incubation period – the time between exposure and the onset of symptoms – could be as long as 24 days.


Coronavirus poses a serious and imminent threat to public health in the UK, the government declared as it introduced new powers to forcibly quarantine people for their own safety.

At least 25 countries have confirmed cases and several nations have evacuated their citizens from Hubei. Three deaths have been recorded outside mainland China 1 Hong Kong, 1 Philippines, &the most recent in Japan.


For a full tally


White House economic adviser Larry Kudlow Thursday said the Trump administration was "disappointed" with China's response to the coronavirus and the fact that no United States health officials have been invited in to help with the outbreak.

Singapore
Singapore has the largest count of infections outside of China. The Singapore government raised the alert level to 'Orange' indicating the virus is severe and passes easily between people. Singapore's government website is great in detailing the infections, where they went, what they did.
www.moh.gov.sg...

There are now more cases aboard the Diamond Princess than anywhere else in the world outside of China.


The Diamond Princess Cruise ship went into Quarantine on Feb 4. Since then 219 confirmed infections have been detected on board. There are 2666 passengers and 1045 crew on board. Not all passengers have been tested, some were tested and found negative on Feb 4, however after retesting some have now be found positive. Japan also recently counted its first death inside the country from Corona Virus, an 88yr old woman. 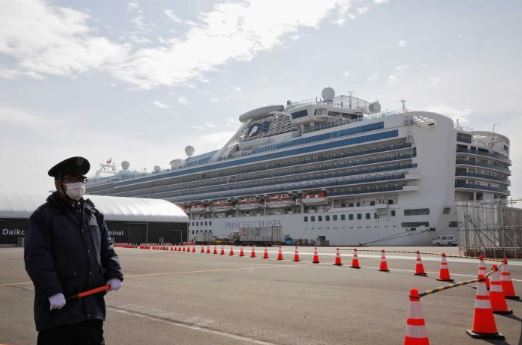 
Vietnam quarantines area with 10,000 residents over Coronavirus.
BINH XUYEN, Vietnam: Villages in Vietnam with 10,000 people close to the nation's capital were placed under quarantine on Thursday after six cases of the deadly new Coronavirus were discovered there, authorities said.
The locking down of the commune of Son Loi, about 40 kilometers from Hanoi, is the first mass quarantine outside of China since the virus emerged from a central Chinese city late last year. 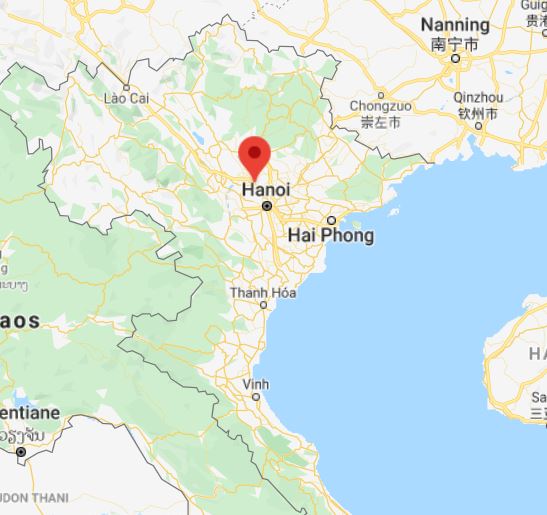 London
The UK has closed multiple GP clinics and schools fearing a breakout after GP's were found infected. Also, it appears a person confirmed with the virus attended a meeting at Westminster - Link


Person with confirmed Coronavirus was at Westminster conference. A person attending a central London conference along with more than 200 others last week has been diagnosed with Coronavirus,

posted on Feb, 13 2020 @ 07:47 PM
link
It would be a hell of lot cheaper if the Chinese replaced all open livestock markets with a bunch of freezers and slaughter the animals before they were brought to market!

posted on Feb, 13 2020 @ 07:50 PM
link
a reply to: Agit8dChop
The CDC is claiming that there was confusion in identifying the CovID-19 test tubes with the Miramir/San Diego patient that was released back into the group of isolated patients. Here is what a CDC 2019-nCov test kit looks like. 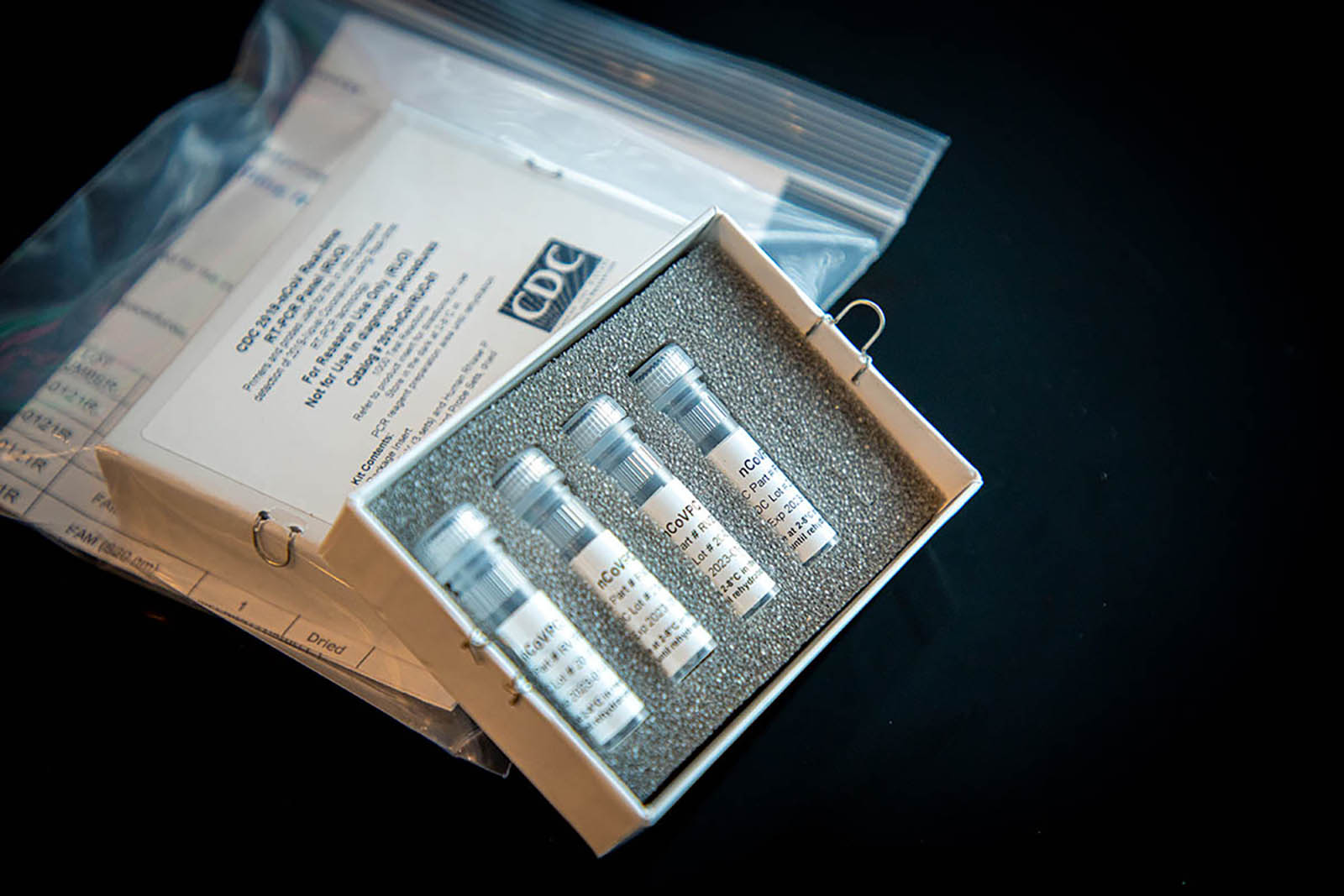 Notice the folded paperwork in the package. IT TAKES 2 PEOPLE TO SIGN-OFF ON THESE FORMS!
This is bull$h!t. If these forms are the same ones that I fill out, there was no way to make an error!

They are citizen journalists, wanting to provide the "truth" of what is happening in Wuhan, the epicentre of the coronavirus outbreak in China. They posted videos online, shared pictures and dramatic stories from inside the quarantined city that has been virtually cut-off from the rest of the country. Now, they are nowhere to be found.

Coronavirus: Why have two reporters in Wuhan disappeared?

Given how many people are dying they might have some incentive nowadays to change their culture.

originally posted by: Halfswede
Seems they are beginning to take things a bit more seriously here.

“As of today, I can announce that the CDC has begun working with health departments in five cities to use its flu surveillance network to begin testing individuals with flu-like symptoms for the China coronavirus,” he said, referring to COVID-19.

“Many questions about the virus remain, and this effort will help see whether there is broader spread than we have been able to detect so far,” he added.

The CDC didn’t immediately return a request for more information on the testing, such as which cities the testing will take place in, how people will be identified, and whether people would be isolated until the test results came back.

This is awesome news and smart of the CDC to do that.

I was reading another posters link about the case in Washington? that described the symptoms the guy had over his course at the hospital with the corona virus. While not exactly the same as his, but I wonder if some of this 2-3 week cough going around that I have and now my daughter has, isn't in fact the new virus. Probably not... BUT... it seems supicious.

Well these are the same people that grind up rare animal genitalia for viagra so dont expect too much....lol

posted on Feb, 13 2020 @ 07:56 PM
link
Can’t confirm that Wuhan’s internet is cut but lots of Chinese dissidents and expats are saying it is.

I have asked some friends to see if they can contact anyone in Wuhan by phone.

I do notice far fewer videos across WeChat and Twitter from Wuhan.

Again much love to the OP and everyone else here that brought his raggamuffin back from the beyond. You’re all doin a tremendous job of keeping the updates flowing. I really appreciate what everyone is doin here. Well most everyone...

An article from Beijing last night was translated into saying that multiple provinces, including Hubei would be entering "wartime" controls, which sounded like a lot of things including internet, natural gas, even electricity would be stopped from entering much of the province with only government facilities and hospitals receiving those. I can't find the article, but I saw it via searching coronavirus on Google news tab with "past hour" as the parameter.

Again it has already been confirmed this did NOT come from a wetmarket......PAY ATTENTION....

And look at the others that are even close to that 6.6 numbers, mostly they have been eradicated or have vaccines, which we DONT have for this.

how do you have a gap that big, just proves china is lying.

My guess for the big gap is it's linked to 3 separate papers and all involved authors simply have not all come to a consensus on the R0 score given it's very new and evolving study.


these are awesome and full of good info! thanks dude/dudette

Its already been established several threads ago that the original case didnt no COME from the wet markets, the wet markets just acted as a place for it to spread, much like a mall or an airport terminal

Please dont treat this like you do the political threads and just spout nonsense without doing a bit of research.

This is not the place for it

I've tried to keep up but there's been much dialogue and I've ignored much of what is posted.

Hate to read 10 pages just to get one post of actual data.

To add a disclaimer, I was invited to be on a Coronovirus Task-force for the Pacific North West.

They're taking it seriously.

Will add what I know when I know, but right now, Oregon state epidemiologists are nervous.

Thank you for authoring and maintaining this thread series!

It's currently the best place for a running tally of reports, sources, truths, conjectures, confirmations and debunks on the net.

I believe someone else suggested it in the last thread, but could you add links to Parts 1 & 2 to your Part 3 OP?