In this round (#3), the high resolution counterparts of those uploads are provided for your review along with the introduction of the hangar doors (not just indentations seen in the very first image): www.dropbox.com...

-I don't own them, use them at your discretion in any way you choose for any purpose you want (along with any and all other content I create)

-I will let the imaging speak for itself.

-Again, this is release #3. For best impact (to ensure nothing is overlooked) and my own sanity I will keep rolling them out in a series similar to this. I expect 1 to 2 more releases. I am working dilligently to make everything available, but it is important to examine each set. These types of things work better when rolled out incrementally.

New Images Link: www.dropbox.com...
Hope I got the permissions correct, if not I will fix it let me know.
edit on 2/13/2020 by JBurns because: (no reason given)

posted on Feb, 13 2020 @ 06:17 PM
link
On the image named BLURPLE.png I zoomed way in and noticed some pixelation that might be redaction?

originally posted by: EnhancedInterrogator
On the image named BLURPLE.png I zoomed way in and noticed some pixelation that might be redaction?

I hadn't noticed that, but it is entirely possible. That specific image, I believe, was sourced from the ESA or a commercial provider (vs. the NASA EOL) and is very possible. I wonder if there is any way to tell, even based on comparisons or time lapsed imagery?

posted on Feb, 13 2020 @ 06:32 PM
link
Two really interesting ones are pl_visible(11) and pl_visible(39).. if you zoom in on the "jag" near the "teardrop" you can see the symetrical geometry consistent with (what I would envision) camoflaged hangar doors look like, at the precise point Lazar stated they would be at

Even for those not interested in Papoose Lake, there are some great shots of Groom in there too many of which have not been passed around the web yet (from the best I can tell, via image searches)

I apologize to all here for the sequential release, but once the "crown jewel" is released I think it will make a lot more sense. But laying the groundwork, I've been told, is vital in releases with multiple data sources to give everyone time to authenticate and examine what is there

In hindsight, I'm seeing pixelation all around the area, so maybe some image processing/stiching artifacts?

originally posted by: FosterVS
a reply to: JBurns
Might be an idea to zip them all up into a single zip file, for a single download.


Ah now that is a great idea

I went ahead and added them to the DropBox as ".7z" and ".zip" format

Did you have a chance to look at the man made features in the photos?

In particular, the two labeled photos showing man-made geometry in the location pointed to by Lazar as the hangar doors along with a wide rectangular opening above the area he specified was the entryway

These images help because they were taken at a lower angle, seeing back inside the indentations highlighted by the initial ISS mission photo

I intend to continue proving the case for a facility at Papoose Lake consistent with Lazar's description but must first address any concerns with the material presented in this release
edit on 2/20/2020 by JBurns because: (no reason given)

Would really like to move on to the next release.

We have definitive evidence of something at Papoose lake. I need your help figuring out what it is. Things are not as they seem folks, we have a chance to expose a very real secret but I can't do it alone.

These features are provable anomalies

They do not exist anywhere else within the hundreds of square miles covered in the imagery.
They are consistent with a description given by Bob Lazar, Rick Doty and a handful of anecdotal stories.

Not one single attempted debunker has come close to disproving these statements. The source is absolute (NASA.gov) and their first-time-seen nature creates a genuine opportunity to go beyond the usual he-said she-said type stories this topic faces.

Lets get to work.

posted on Apr, 14 2020 @ 04:07 PM
link
Maybe it's just me, but I'm not seeing anything remarkable in these images. Especially the first of those you've just recently posted - d5e3fb840.png - just looks like plain old terrain to me. I can't see anything that looks particular rectangular. And the part that you're saying is an opening or entrance - well, there's plenty of similar looking features on the terrain all over that image.

Even the blue image doesn't really look too convincing of something man-made to me. What conclusion are we supposed to draw from one area being more light blue than the other areas? Furthermore, the top left of that image shows plenty other terrain with the same colour.

I appreciate your effort, but I'm just not seeing much that convinces me of anything man-made here. 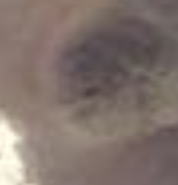 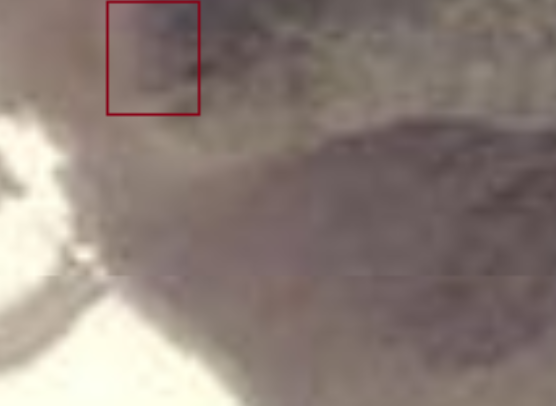 files.abovetopsecret.com...
(much larger zoomed out image)
edit on 4/16/2020 by JBurns because: (no reason given)

Seriously though, I appreciate what you are doing, but I cannot see anything there butt something that looks like a volcanic vent.

I appreciate your feedback spiritualarchitect

I would retort with a request to see an image showing the same anomalies elsewhere on the Nellis range or anywhere in the World for that matter. NASA's own imagery analysis tools informed me that geometric features like this do not occur in nature and can reliably be attributed to human activity

I have scoured this location and others with similar geology/geography for almost 2 years now searching for these features. Believe me I have tried to debunk this and would love to. I sat on these images for almost a year because I didn't want to risk giving ammunition to what I felt was a BS story. But I eventually felt an obligation to let the evidence speak for itself, and can say objectively these features do not repeat elsewhere in the survey area (or any area, from the best I can tell)

On the bright side, I could probably repeat by name every location within that whole God-forsaken area

files.abovetopsecret.com...
(much larger zoomed out image)


I'm on my desktop PC, actually, with a pretty high res monitor.

Don't get me wrong - I appreciate the thread. It's good that someone is doing this and looking for these bases. I personally believe S4 does exist.

But I'm not seeing anything in these pictures besides what looks, to me, like normal geographic features.

posted on Apr, 17 2020 @ 10:10 AM
link
The link below is a zip file of clips from the recent Gabriel Zeifman aerial pictures, of Lazar's "S4" near Papoose Dry Lake.
I still see nothing.
www.dropbox.com... 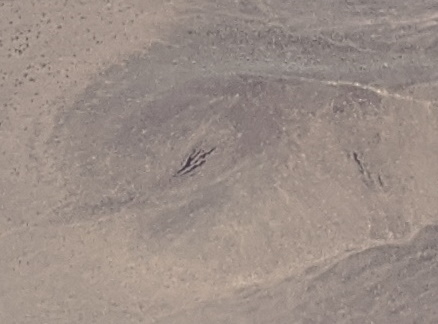 Zeifman's photos are some of the clearest and closest yet of that area and, as usual, there is nothing visible to suggest a manmade structure. There is no evidence of any human activity or development at all. No roads, trails, or excavation marks.

Lazar claimed that there were hangar doors built into a hillside adjacent to Papoose Dry Lake. The nearest hill is actually offset some distance from the lakebed. The local geology surrounding the lakebed edge is dominated by alluvial sediments washed down from the surrounding mountains. This is the worst possible material for excavating an underground structure that you intend to hide. It's too unstable to simply dig a tunnel. You would have to excavate a giant hole, build the structure, and then backfill over the top. That would leave visible evidence under any circumstances, and especially in certain sensor bandwidths. There would be no way to effectively camouflage the site.

No one with credible bona fides who has worked at the Groom Lake facility has ever claimed that there was anything at Papoose Lake, or even that they had heard any rumors of such a thing from other insiders. Lazar's credentials can be charitably described as "shaky," at best. Lazar purportedly tried to prove his credibility by accurately describing some features of Area 51 that would only be known to someone who had been there. These could then be verified by someone known to have worked at the Area. Since thousands of people have worked at Groom Lake, any one of them could have provided Lazar with the anecdotal information he used to support his story. Additionally, a security guard who worked at Groom Lake during the time when the S-4 story broke said he and his co-workers checked the master visitor log for Lazar's name. Its wasn't there.

posted on Apr, 17 2020 @ 06:35 PM
link
That blown up one, sn5e898119.png, the part highlighted with the red box definitely does not look natural. Doesn't necessarily mean it's manmade either though, it could just be some kind of image artifact.

Did you see "nothing" in the photos I posted?

The anomalies are unmistakable.

The so-called "anomalies" are not sufficiently compelling to suggest manmade structures. They look more like image artifacts, all the more so considering the low resolution of the pictures. The anomalies don't correspond to any features visible in higher resolution imagery, and they certainly don't match Lazar's description. The terrain itself doesn't conform to Lazar's description in that the nearest hillside is not adjacent to the lakebed.

They are the highest resolution Sat images that exist as far as I know. Talking about the Dropbox archive not what I was able to post here. One is 20MB in size, I had to cut it down considerably.

And they can't be artifacts, they were taken by multiple sensor platforms with multiple imaging systems over several years.

This isn't about Lazar, just narrowly the findings in the images. NASAs own imagery analysis guidelines say the features are in fact suggestive of man-made activity which is why I am confused.

The blue image specifically is a very special image that is extremely compelling and definitely not natural. Its features don't exist anywhere else on the range (for certain) and nowhere else in any desert in the World.

Although I do personally believe Lazar (namely because no one has ever disputed his actual claims) this isn't about vindicating him or debunking him. I only want to hear a logical explanation for the images that don't involve malfunctions in three satellites over the course of several years in this POI

Anyhow, I do appreciate your feedback but I've got to respectfully disagree with your assessment here. For what it's worth, I've had actual IMINT guys look at these images already. None were familiar (to my knowledge) with Lazar or his story. One person in that group recognized what it was but only when they saw Groom lake in a zoomed out state...and even then simply referred to it as a "likely feature associated with Groom" verbatim
edit on 4/22/2020 by JBurns because: (no reason given)