Pelosi tried to use Trump's weapon 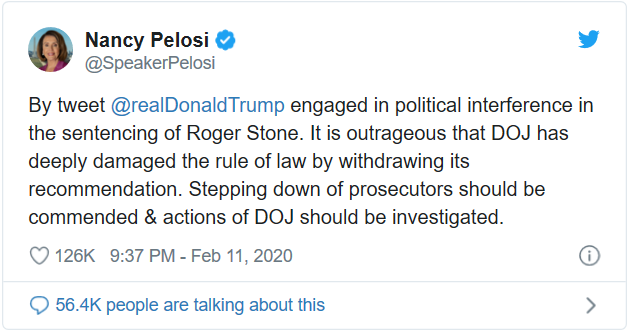 Maybe she missed it that the jury foreman has a personal
vendetta against Roger Stone, her social media was discovered.

I can see a Mistrial in the near future.


The posts by the forewoman, Tomeka Hart, which included one referring to Stone’s arrest last year and one made the day he was convicted, came to light Wednesday night
www.cnbc.com...

She has now deleted her posts, but Stone's
attorneys have screenshots.

posted on Feb, 13 2020 @ 04:30 PM
link
a reply to: Trueman
“There was greater controversy when President Barack Obama weighed in on the arrest of a Harvard professor in 2009.

Obama said that Cambridge, Massachusetts, police “acted stupidly” when arresting Professor Henry Louis Gates, Jr. in July 2009. Gates had locked himself out of his home and forced the door open; a neighbor called police, and a confrontation ensued after Sgt. James Crowley arrived and asked for ID.

I wish I could tell her to "be pretty and shut up", but that's impossible.

posted on Feb, 13 2020 @ 05:10 PM
link
If what I read from the comments is true, the judge is just as guilty of bias against Stone as the juror. The more we see exposed, the worse Washington looks. It seems to be one big incestuous pile of filth.

Trump should tweet about Nancy's insider trading.
Heck, it was even on 60 minutes so its not really
taboo but it would give her a poke in the eye with
a sharp stick for sure.

Will she be impeached?

Nah... at most a few people will comment on it, laugh about it and keep going.

If she's trying to troll, she sucks at it.

posted on Feb, 13 2020 @ 05:52 PM
link
Nancy will have a long hard way to go if she remains into the next term. Everything she has done will work against her, it will be payback time. Her days are numbered. No sympathy.

Pelosi tried to Stay Relevant like this Poor Child , She Also FAILED ... 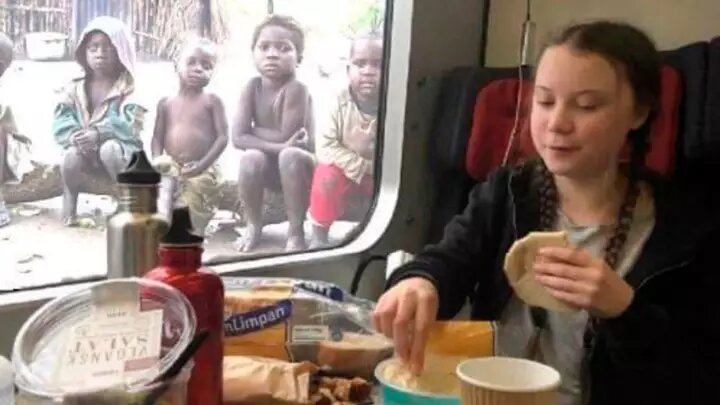 We're just having fun, you can tell by the replies


Sadly it's not difficult to trigger Trump. Dude is constantly reinforcing his emotional fragility with a daily flood of low-grade twitter rants. Reality TV... all day, every day.


originally posted by: underwerks
a reply to: Trueman

Sadly it's not difficult to trigger Trump. Dude is constantly reinforcing his emotional fragility with a daily flood of low-grade twitter rants. Reality TV... all day, every day.

Of course, the president voicing an opinion is abuse of power. All he did was tweet that it was a "horrible and unfair sittuation."

Granted, Nancy Pelosi and all the other Democrat politicians thought it was fantastic when President Obama heavily weighed in on Trayvon Martin and hoodies under the presumption that George Zimmerman was guilty before any official verdict was reached. No problem there, but one tweet from President Trump, and oh boy!

She cares about being anti-Trump more than being pro-constituents... Democrats have done NOTHING for the people who voted for them. They only care about power.

Democrats are engaging in a crusade to make anything Trump says or does is impeachable !! 🤣


Democrats/liberals are engaging in a crusade to make anything any white heterosexual male says or does a criminal/jailable offence....

Everyone from the Judge/Prosecutor/Jurors should have never been on that case.