Boooooo, you ruined everything by ending the thread with your darned facts.
😁

Oh well, on to the next mystery.

originally posted by: EartOccupant
I always like those little mysteries. And of course scientists are baffled ; ) 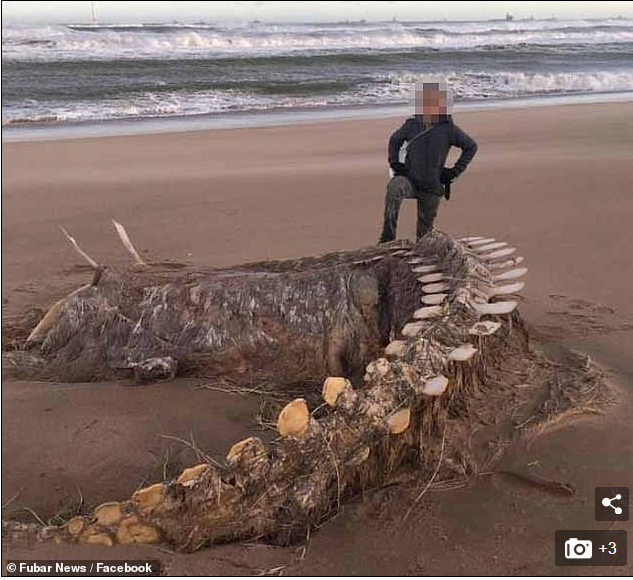 Mystery surrounds the skeleton of a mysterious creature that washed up on a Scottish beach during Storm Ciara.

The intriguing beast was found on the Aberdeenshire coastline on Sunday as the country endured 90mph winds and torrential rain.

Crocodile like in form I think. With the head being who knows what? We need to see an anterior picture the posterior one is limiting. 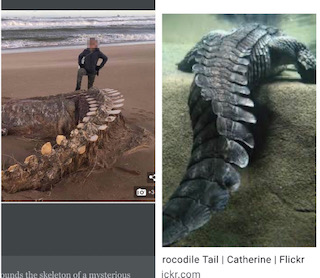 originally posted by: spiritualarchitect
a reply to: EartOccupant
Looks like someone made a dinosaur sandcastle to me.

Sand? LOL ummm I hope you're joking. That isn't sand.

Although those spinal plates look similar to the plates on the tail and back of a Crocodile, those are scales.. A croc tail bone structure is nothing like this. Crocs actually have a thin, tapering set of bones, similar to other tailed animals.

Although I earlier stated it was a Basking Shark, I had a second look and decided that the spinal plates were too thick at the tail tip for that too..

It's more similar (in fact almost identical), to a Whale Shark.

So it's a good change that's exactly what it is..

It probably died in warmer waters somewhere around the coast of Spain or Portugal and current's brought it north, where it washed up on a Scottish beach.
edit on 17-2-2020 by Ironclad1964 because: (no reason given)