I've never seen it there before despite that building having been in place for many years, and nothing that I'm aware of being moved around that would have caused it.

It certainly looks a lot like a certain symbol. 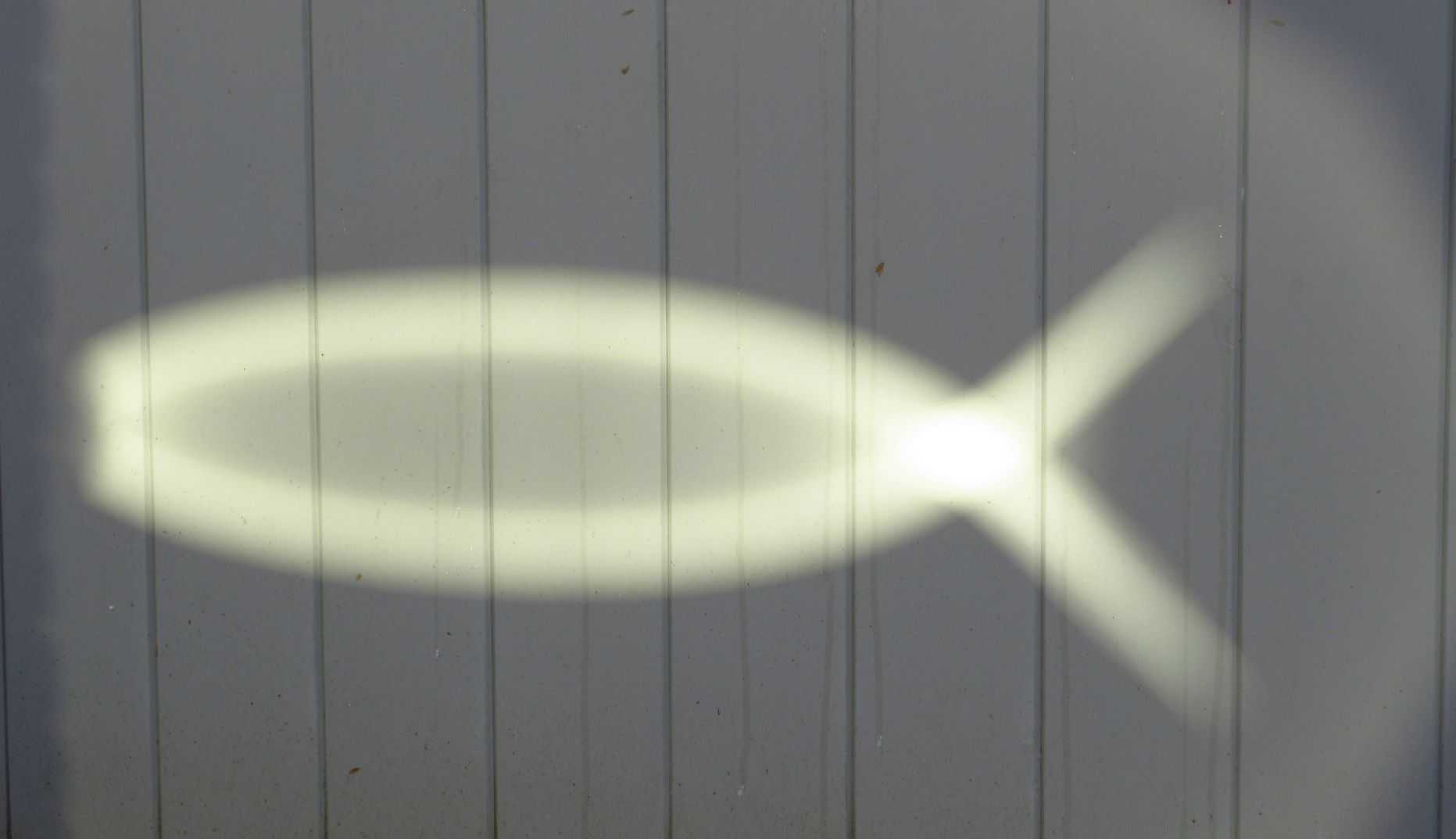 What do you think, is this a portent or omen, or just a really cool looking optical illusion?

I will see if it's there again tomorrow morning.

I tried finding out what it was reflecting of off, but I couldn't. It's symmetrical. I held my hand up to block the light and the shadow of my hand appeared both on the top and the bottom. So it's probably something thin like a pipe.

Whichever it is, it still looks cool.

How would you know if it was an omen, and if so what kind?

posted on Feb, 6 2020 @ 07:44 AM
link
I have a door in the living room that has a fancy window on it. At certain times of the year for a few days the sun will shine through it and on to the wall. It makes what looks like a gray alien face. I always enjoy his appearance.

This is cool though. If you think it means something for you, who are we to say different? Go with your heart. God can do amazing things, I have seen some in my life.

I would say the answer to the question in your thread title is: Yes.

Why would it be either? Are you religious? Do you believe it means something when people claim to see Jesus on a piece of toast? Or Mary in a bowl of cornflakes?

posted on Feb, 6 2020 @ 08:29 AM
link
Ive been seeing something similar on my neighbors house..its more of a figure 8 though. Totally unexplained no lights visible anywhere i thought it could be the moon reflecting off something but no..

posted on Feb, 6 2020 @ 09:16 AM
link
a reply to: AaarghZombies
I had something similar happen. I hadn't lost my most expensive watch. One morning I came outside It went my coffee and singing a huge reflection that seemed very out of place. After investigating let me hold it was the reflection of my watch I had been looking for for a few weeks.

originally posted by: randomthoughts12
a reply to: AaarghZombies
I had something similar happen. I hadn't lost my most expensive watch. One morning I came outside It went my coffee and singing a huge reflection that seemed very out of place. After investigating let me hold it was the reflection of my watch I had been looking for for a few weeks.

"You now have the Wu-Flu and are about to live up to your screen name. See you in Heaven soon, ❤Jesus."

The sun was reflecting on the watch dial.

it happens when two circles of the same size overlap at the edges. It was used a lot in art especially with Jesus and Mary. Jesus was a fisherman (of sorts), and it most likely that is where "Jesus Fish" comes from the vesical piscis.

I would only consider it a sign if it had "ΙΧΘΥΣ" inside of it (or just below it)!

Since I am probably going to hell (if there is one), I would then charge people to see it and take selfies!! If I wanted the bullet train to hell, I would go paint the Greek letters on the fence!! 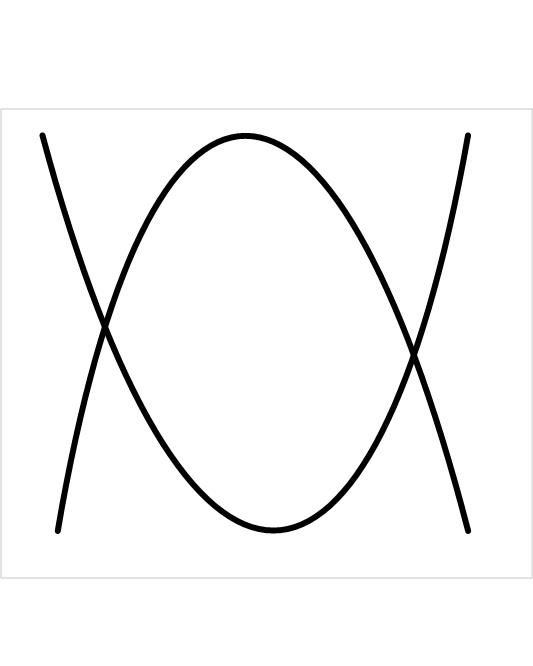 posted on Feb, 6 2020 @ 03:07 PM
link
Well, as I've been pulled (kicking and screaming) into mysticland, I'd offer it unlikely to be mere coincidence, if coincidence exists. Yes, two intersecting reflecting circles...optics, sure, buuut pretty loaded with meaning.

One thing, and I'm unsure if it's relevant, but I was once being pressured to join the religious team id'd by that symbol and the weird "coincidences" multiplied to a crescendo where I was questioning my sanity.

My end hypotheses are: either that particular religion is the correct one out of many, or beings with seemingly miraculous abilities work for our attention/energy.

One conclusion does not negate the other, either, but most religions I've seen in action diminish, rather than enrich.

One doesn't need to join anything to be kind, decent and reverent of life.

Regardless of what it is or ultimately turns out to be that's a very cool photo.

With all the crazy going on today?

We're in one of those times where someone can say with all sense:

"And THAT was JUST January..."

I have a story that might relate. It's possible I've mentioned it here once before as this memory will ALWAYS stay with me.


My late grandmother on my mom's side was a devout catholic. When I say devout, I mean that she would pray on her knees in front of a Jesus statue that was lit up on her wall, rosary in hand. Every night she prayed. Every morning she prayed. Every afternoon she prayed. Anything with the Blessed Virgin or 'The Little Rose', she loved. Statues, stories of Magigoria, a real devout catholic. She didn't go to church there for many years in the end but she would have communion brought to her when possible.

She was the only one I could talk to during my own trials and tribulations that were affecting my life towards the end of hers.

I would go outside and sit on a picnic table under my carport and smoke a couple each night. EAch time I sat out there, there was this shadowed silhouette across the street that displayed on the white wall of a house. It was there every night, time and time again I looked at it. Each time I looked at it, I thought about my grandmother and how I should take a picture and show her.

It was the image of the Virgin Mary.

Now I know exactly how the shadow came to be. It was the shadow of a handrail leading down some steps. Somehow the handrail and steps fit just right against the street light to give off this very convincing shadow of what looked just like the Virgin Mary.

I never said a word to anyone about it. I guess it just didn't come up. Though, if I learned anything from my grandmother, it was that signs are all around you and when you see them, they're there for a reason. My grandmother was also very superstitious.

A rather short time after that she passed away.

Now... I did feel bad because I really wanted to show her that shadow. I knew she would appreciate it.

One night not all that long after she passed, I sat on my table at night talking to my favorite cat on the planet - ever! - smoking a cigarette. I noticed something off. The shadow wasn't there anymore (street light had been busted by a neighborhood crackhead for obvious reasons).

It dawned on me.... Was the shadow there to let me know something was going to happen to her? Or was it there for something else. Through the years I've always thought it was a sign that she was going to pass away not long after I started noticing it. After she passed I no longer saw it and figured that might be it.

All these years later, even as I type this response... I wonder if that image was there for me - not for or about her. It was right at that time, just after my grandmother's passing that the "trials and tribulations" I mentioned earlier that I could only speak to her about, ramped up to a critical level and my whole life fell apart for a very long and nightmarish year. I think that year was the worst year ever and the amount of inner pain and torment that took place was something I couldn't wish on my worst enemy.

Maybe I'm weird now but I always have a laid back eye out for signs in my life. Often times I can connect the dots but I try not to do that. I simply appreciate that there was something I could perceive as a sign or omen and leave it at that. Who am I to interpret such things?