If you watch around the 1:26:50 mark, you'll see Pelosi take papers and begin practicing tearing them (or maybe pre-tearing for the demonstration later) while the President is talking about sanctuary cities and respecting law enforcement and ICE (starts around 1:26:40).

Is she so weak she can't tear through a few at a time without a headstart? Lol

But seriously, it shows she started planning it. Which makes it more puerile stunt, imo, than a spontaneous act of dumb ire.

I am not crazy right? That's clearly what she's doing, right?

Why can't these people (Trump included) stop acting like petty five year olds?
edit on 5-2-2020 by RadioRobert because: (no reason given)

The world is a stage? As once pointed out by a famous playwright.

Drama is the 'dish of the day'


Well....... in this day and age who even enjoys a meal without photographing 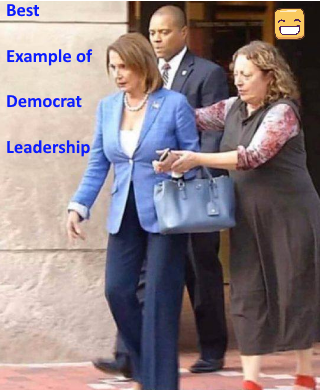 posted on Feb, 5 2020 @ 07:06 AM
link
I did note that when Trump cited the 2nd Ammendment would stay in effect as long as he was POTUS ….
that a loud mouth somewhere in the room got mouth scolded by Pelosi who very heatedly told the loudmouth to shut up & sit down

the outburst was to the right-side of Pelosi, on the Pence side of the room...it was funny seeing her exaggerated 'mouthing' and 'finger pointing' to admonish the perp. … and eventually Pence turned his eyes to his right and upward into the public seating balcony area

the 4 second event likely got a YT video already made of the whole thing...

Because how dare trump reunite a soldier and his family, send a young black girl to a decent school. It's a violation of their rights, what if that soldier did wanna come home? And what if that little girl didn't wanna go to school? What he thinks because he's a white man he's gotta help a black family? Racist pig!


Nancy's scorn of minority employment and anger on her face at the announcement of massive numbers employed rather than on welfare and food stamps - well tells me where the DNC really wants US citizens to be.

Yep, her twisted face and sheer anger and hatred she displayed proved she prefers her peasants wading through excrement on their streets and desperate for government handouts, over well paid, employed , self sufficient and thinking, citizens.

From the looks on her face and her behavior one could conclude the leader of the DNC wants dependent surfs who do what they are told, to self sufficient and proud citizens.

The scowling at good news for working citizens, and the economy tells us everything we need to know about where the DNC wants the peon masses to be, not citizens, but surfs beholding to the lords and ladies , the elite class.

The tearing up of this good news was symbolic of all of this.

Especially poignant to me was the horror on the faces of Dems when Trump talked of wanting to protect "viable outside the womb" fetuses/babies being carried by a healthy XX, and the disgust, nay anger, on the faces of the the Democrats at the survival of a 21 week old fetus into a healthy child. She just HAD to tear up that wretched and unthinkable idea for sure, in her mind!


edit on 2/5/20 by The2Billies because: spelling format

originally posted by: musicismagic
I don't know the lady. What does she stand for? Other then maybe being anti-American.


She stands for taking a large, steaming sh!t on California sidewalks.
She stands for the rampant mental illness that permeates through the Democratic Party and their supporters.
Anti-American?......without a doubt.

Not so sure it wasn't a unintentional slip of the tongue but he did say 'Stanktuary'.

RepugNancy looked like she was going to swallow her dentures when he said it too! 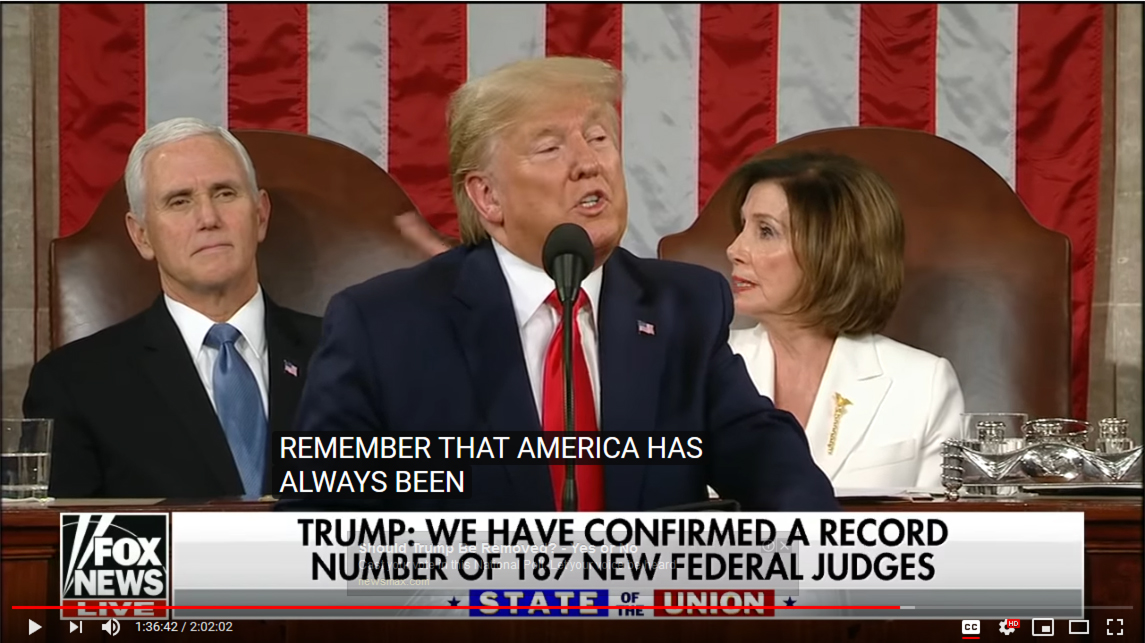 That's a pure sign of defeat. She knows her deceit isn't reaching Americans and her sham impeachment is a fail.

Klassified
+1 more
posted on Feb, 5 2020 @ 08:06 AM
link
Pelosi should be censured and reprimanded, just like the guy who called Obama a liar during one of his SOTU addresses. The media went crazy over that if I remember correctly, calling for the guys removal, but narry a word calling for her removal. She is a disgrace to this republic.

posted on Feb, 5 2020 @ 08:07 AM
link
A major concern I have after listening to comments and watching the address is will it matter?

By that I mean did the people that are uninformed or on the fringe bother watching? Based on what I saw it made me proud to be an American and I think the President has a plan and desire to move us in the right direction.