fivethirtyeight.com... here is 538s forecast and ill try to keep this updated with results as it comes out ,no idea why the republican numbers are allready flooding in vs nothing for the dems yet but i guess we will get our first idea of who will be facing off against trump in 2020

First, our overall forecast continues to view former Vice President Joe Biden as the candidate most likely to capture a majority of pledged delegates, with a roughly 2 in 5 (43 percent) chance overall. But the other candidate making a case for the “front-runner” label, Sen. Bernie Sanders, isn’t too far behind. Sanders currently has a 3 in 10 shot of winning a majority. No other candidate has better than a 10 percent chance, with Sen. Elizabeth Warren at 5 percent and former South Bend, Indiana, Mayor Pete Buttigieg at 4 percent. In fact, there is a higher chance that no single candidate wins a delegate majority by the time voting ends on June 6 — the model gives that outcome about a 1 in 6 (17 percent) shot of happening.

edit to add forgot to add snippit ,538 is saying probably sanders or Biden

its not in the mud pit for a reason so lets try to play nice least by ATS standards
edit on 3-2-2020 by RalagaNarHallas because: (no reason given)
edit on Tue Feb 4 2020 by DontTreadOnMe because: Spelling in title

Democratic results are not in yet because they need to see how many dead people need to vote first to win.

dont know who the lady is does any one know? like is it one of his nieces/granddaughter/daughter or whatnot? or secret service as i dont think its his granddaughter this time because once again he kissed his grand daughter on the lips(again) at a rally earlier and that does not look like her at least to me


Bernie never should have entered.

West Des Moines checking in. Hardly anyone here likes Biden. All the dems willing to be open have Bernie and Warren signs in their yards, maybe the occasional Yang supporter. Literally have not seen one Biden sign around my part of town. Nate Silver continues to be a moron similar to his last predictions if he thinks Biden is a leader in this state.

It doesnt matter anyway because all these candidates will raise money so Hillary can get the nomination in a brokered convention led by Podesta.

Id go take pictures wherever they are caucusing but im sensitive to body oder smells being conservative and all....

What is a caucus and how is it different to a primary? Most US states hold primary elections, in which voters go to a polling place, mail in their ballots or otherwise vote remotely. But a handful of states hold caucuses – complicated, hours-long meetings, which continue until one candidate emerges as victor. And the process is different for Democrats and Republicans. How do the Democratic caucuses work and why are they important? Iowans aged 18 and over who are registered with the party will gather in caucus venues such as school gyms and churches in their designated precinct. They start voting publicly at 7pm CT (8pm ET) by splitting into groups based on their preferred candidate. Voters have to go and stand in the area where their candidate is represented. So Joe Biden supporters would be in one corner, Elizabeth Warren in another and Bernie Sanders supporters in another. Everyone is tallied. If a particular candidate does not attract 15% of total voters present, they are taken off the ballot, and their voters are free to throw their weight behind another candidate. Once voting is over at a caucus site, the support for viable candidates (those with more than 15% of the votes) is translated into a number of “state delegate equivalents”. That result is used to calculate the number of national delegates each candidate receives. National delegates eventually choose the nominee at the Democratic convention in July. On the night of the caucuses, the candidate with the most SDEs is considered the winner. How do the Republican caucuses work? With all the attention being paid to the Democratic side, it is easy to forget that there is a Republican primary happening, too. Trump is facing challenges from the former Massachusetts governor Bill Weld and former US representative Joe Walsh, but it’s extremely unlikely that they, or the others (according to the Federal Election Commission, 153 people are running for president as Republicans) will win against the president. In the Iowa Republican caucus, people still have to physically show up at a location. They then cast a straightforward vote, secretly. The votes are tallied up, and the delegates are dished out in the same manner. In the Republican caucuses, there is no 15% threshold, meaning candidates with relatively little support could still pick up delegates.

so that at least explains why the republican numbers are coming in faster then the dem ones, the dems are still deciding what box to stand in i guess ? and as the night goes on some names may be taken off the lists and the votes going to more successful candidates

Joe is getting love from CNN and MSNBC. They really want him to win!

originally posted by: RalagaNarHallas
well as far as team R goes its a literal land slide 97.1 percent of the vote and all the delegates with 13,526 votes so far cast all going to donald trump, his nearest competitor (bill weld) has 135 votes

Using Democrat Logic: So you're saying there's still a chance? 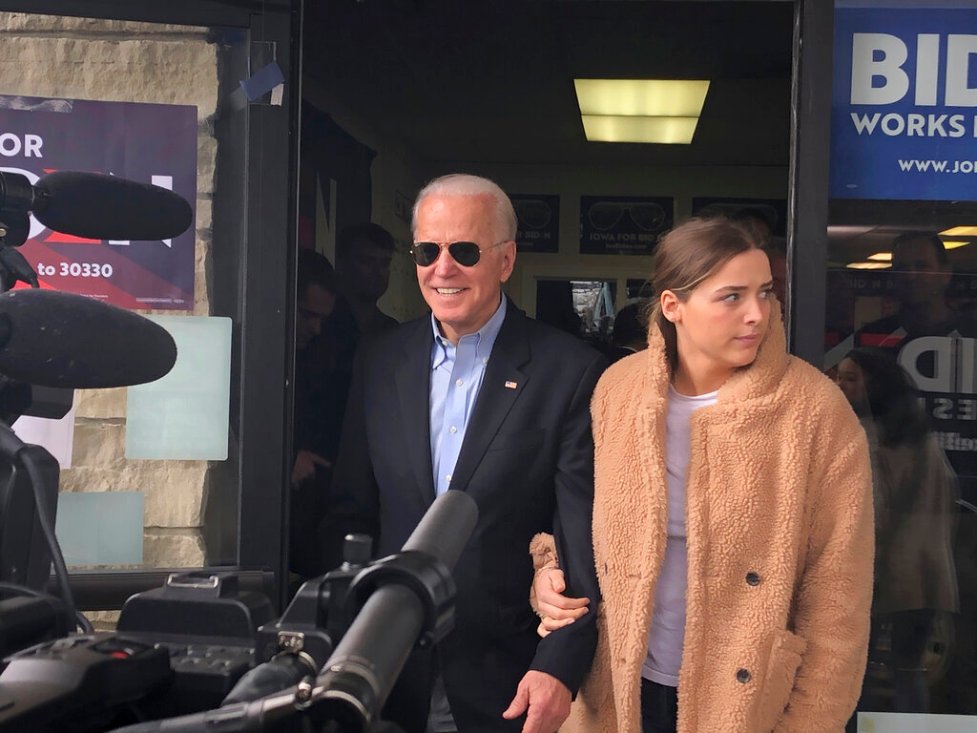 He has to... life long politician cant retire without the bucks ya know?
Fixed it for you.

posted on Feb, 3 2020 @ 08:52 PM
link
so far the only place ive seen numbers is from nate silver twitter.com... with one percent in hes implying that mayor pete is in the lead but again only 1% in so far ,before that it was sanders , and before that biden

so per his last update mayor pete ,sanders then biden in order of lead

Its the dumbest thing ever. Kinda like if a debate procreated with a street-fight to produce a baby girl called a street-debate. You want to see low-information voters? Go watch these people get manipulated around and stand in five different blocks throughout the night.

Bernie is in the race to make a buck.

He's interested in being paid off to not make the Democratic party look foolish.