Trump Tied Ukraine Aid to Inquiries He Sought, according to Jon Bolton book.

Here's some information on the Bolton book leak. Moles within the National Security Council are to blame, just like they (primarily Vindman) were, for the fake Whistleblower complaint.

FYI2: The National Security Council used to be composed of 24 individuals. Obama swelled it to over 400. Trump wants to trim it down, but continually meets deep-state resistance. 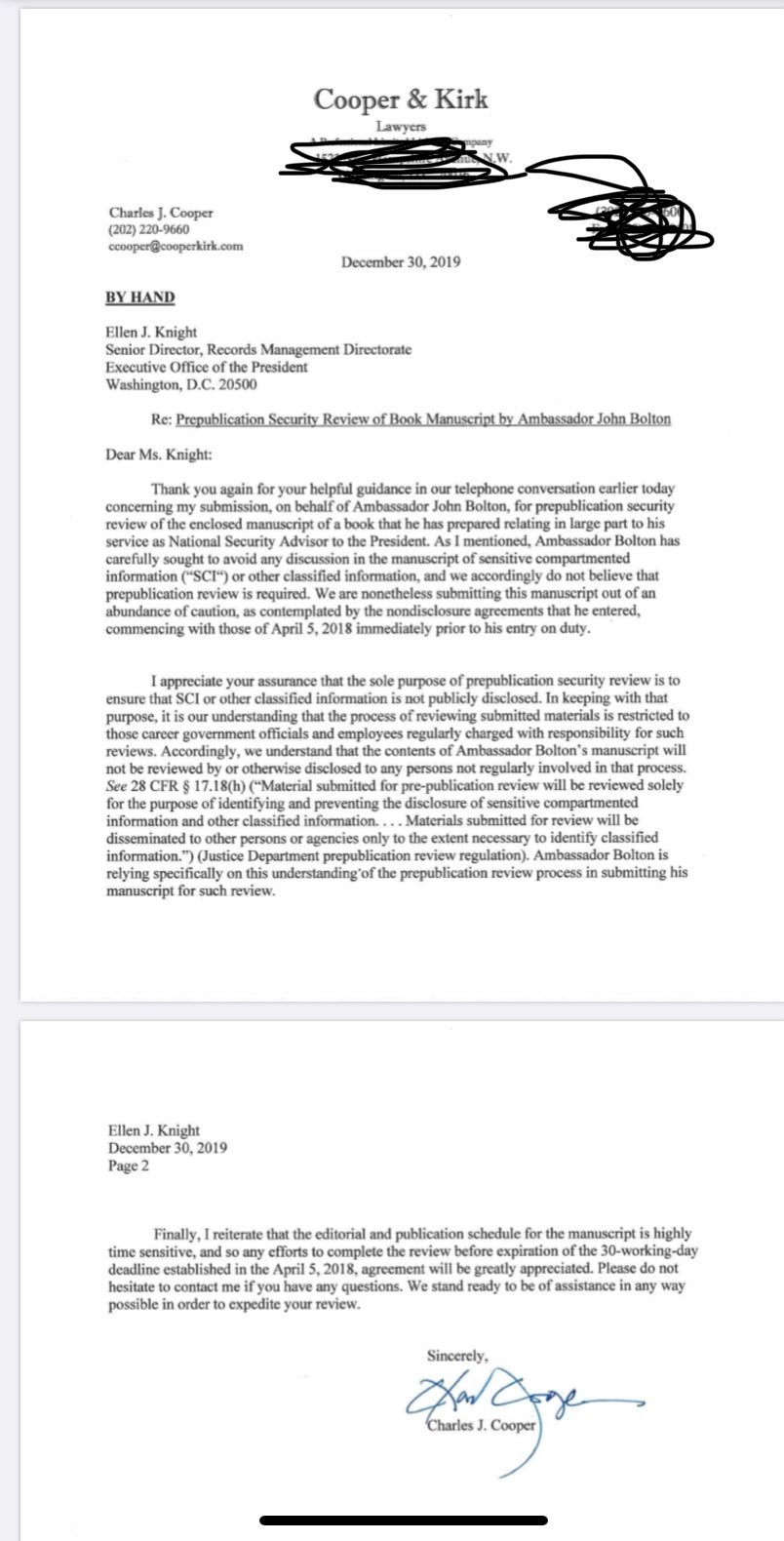 And the statement from Bolton's lawyer gives the impression that what the NYT reported is accurate but lays the blame for the leak with the NSC: