posted on Jan, 25 2020 @ 02:53 PM
link
Today was the first flight of the Boeing 777-9, also known as the 777X. It was a long time coming. This was the third attempt at it's maiden flight. The weather here in the Pacific NW was crap the last few days with either heavy rain fall or high winds causing Boeing to scrub the first two flight attempts. It worked out wonderfully for me though, since I couldn't make the first two but was able to get up to Everett for this one.
The 777X differs from the legacy tripple's in several ways. It has an all new and super long all composite wing much like the 787. The tips of the wings fold up during taxiing so it can be parked at all the same airport terminals that the legacy 777 can. It is also stretched from the original version and is capable of carrying 426 people over a range of 7500 miles. It also uses the larger rounded windows from the 787 and increases the cabin pressure and humidity to make the inside more comfortable like the 787. The 777X uses the massive GE-9X engines rated at 105,000 lbs of thrust each.

Getting ready to film the flight: 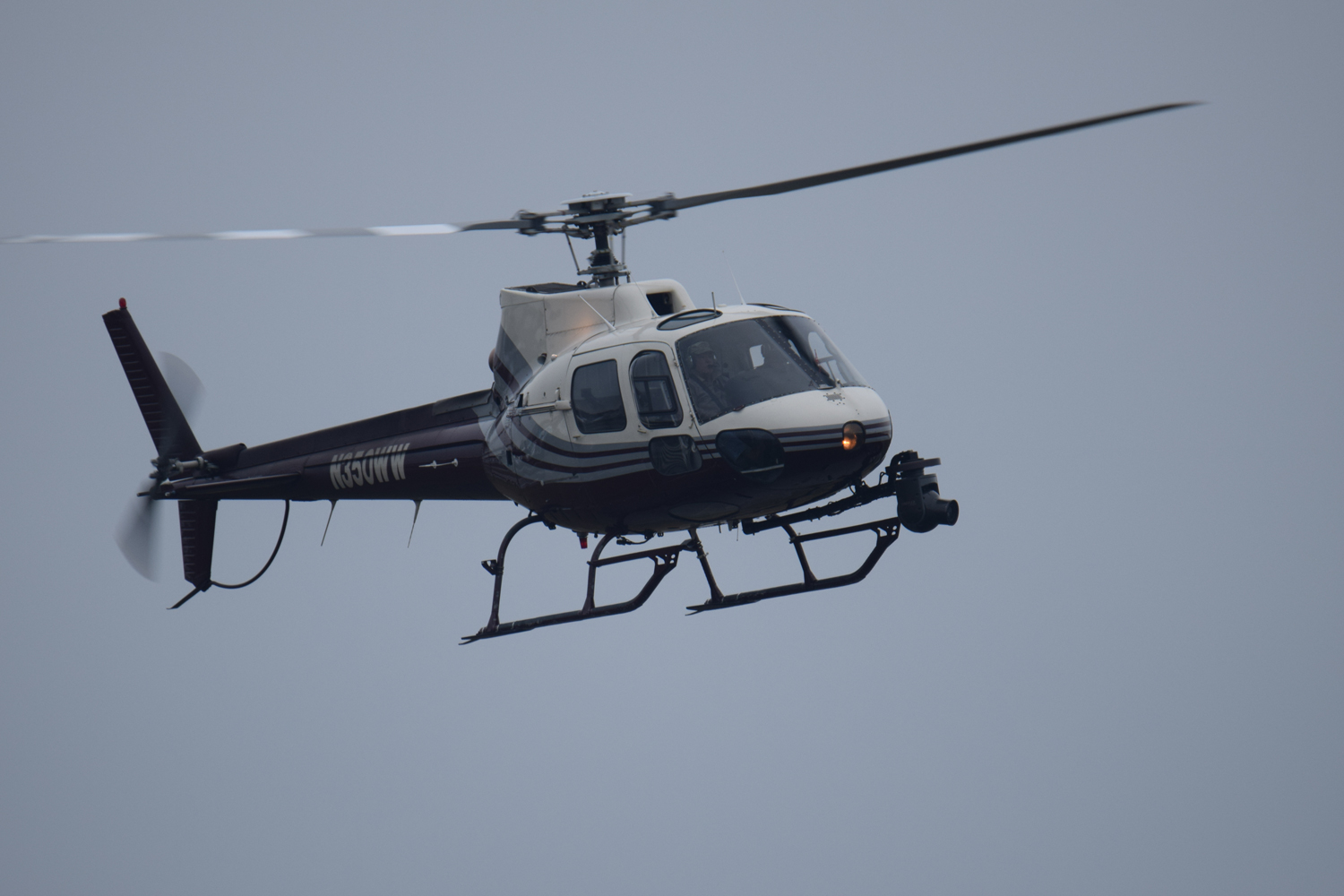 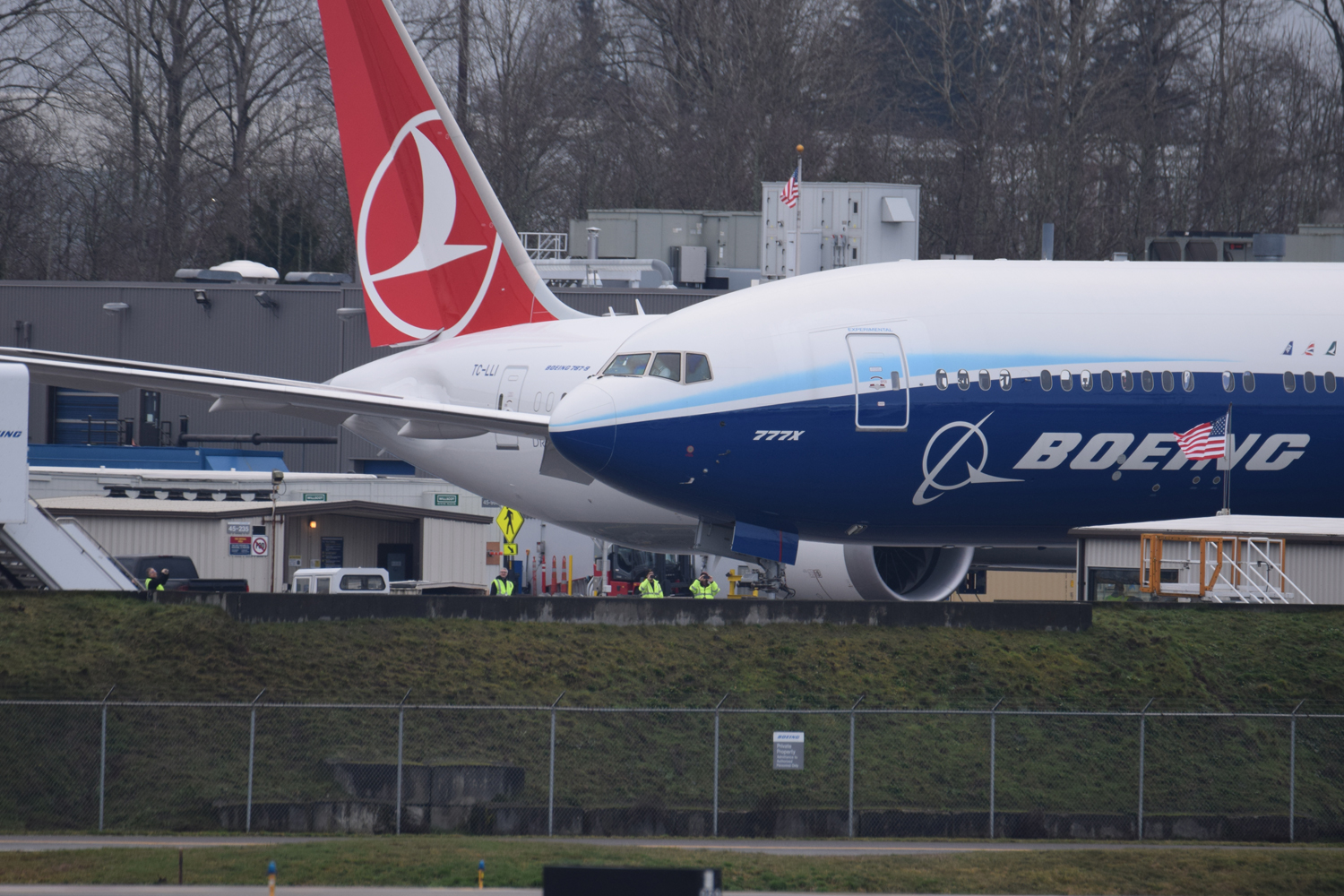 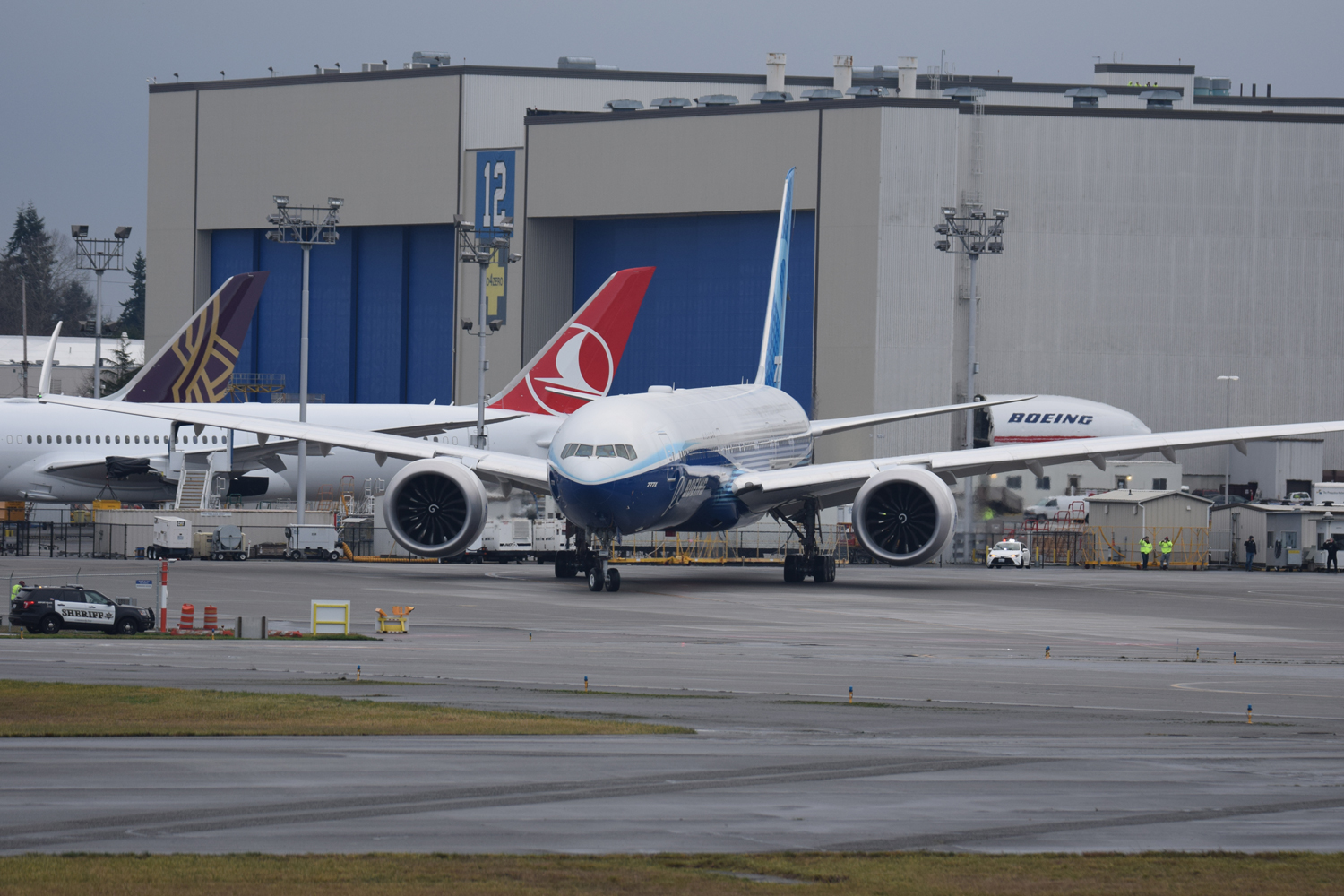 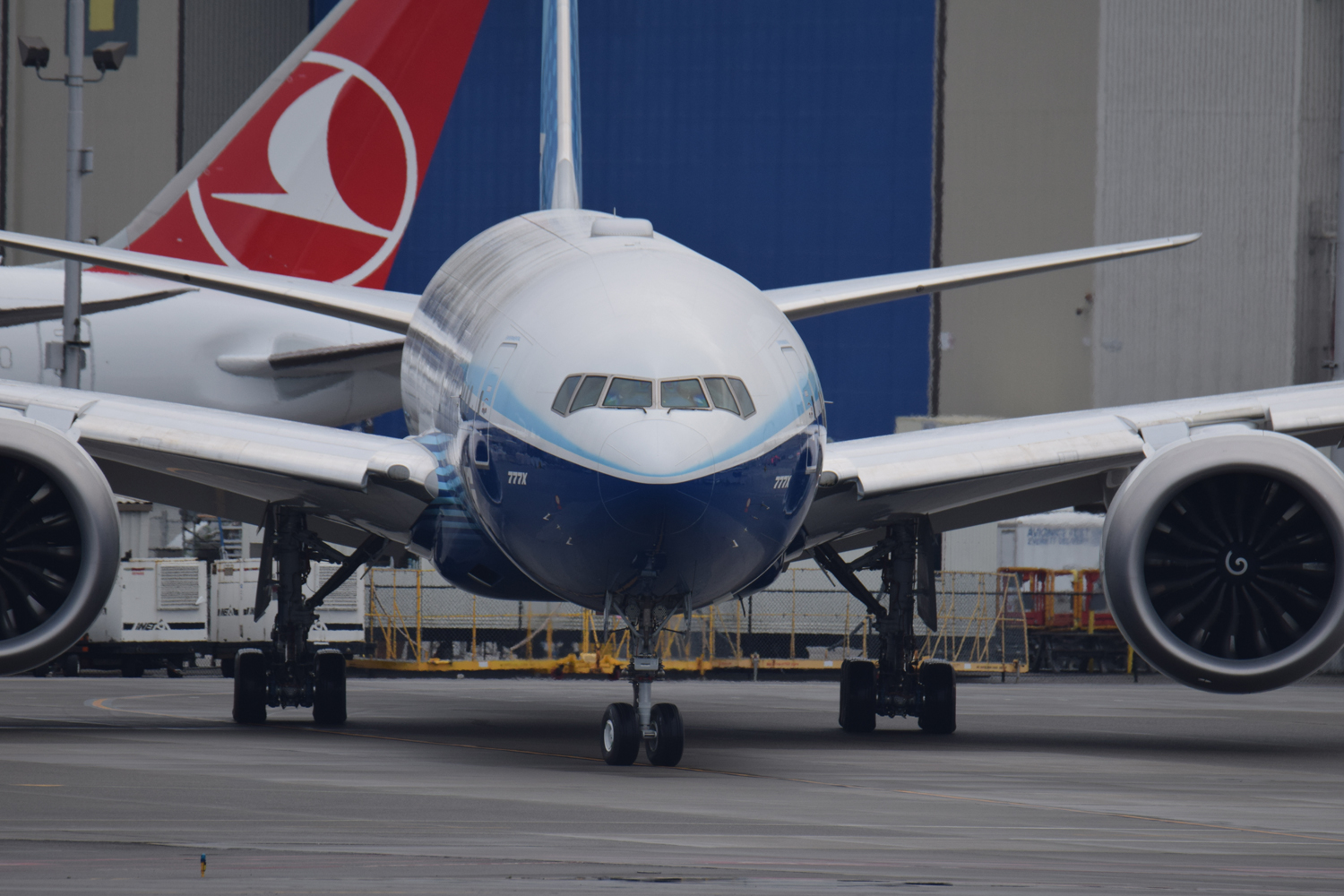 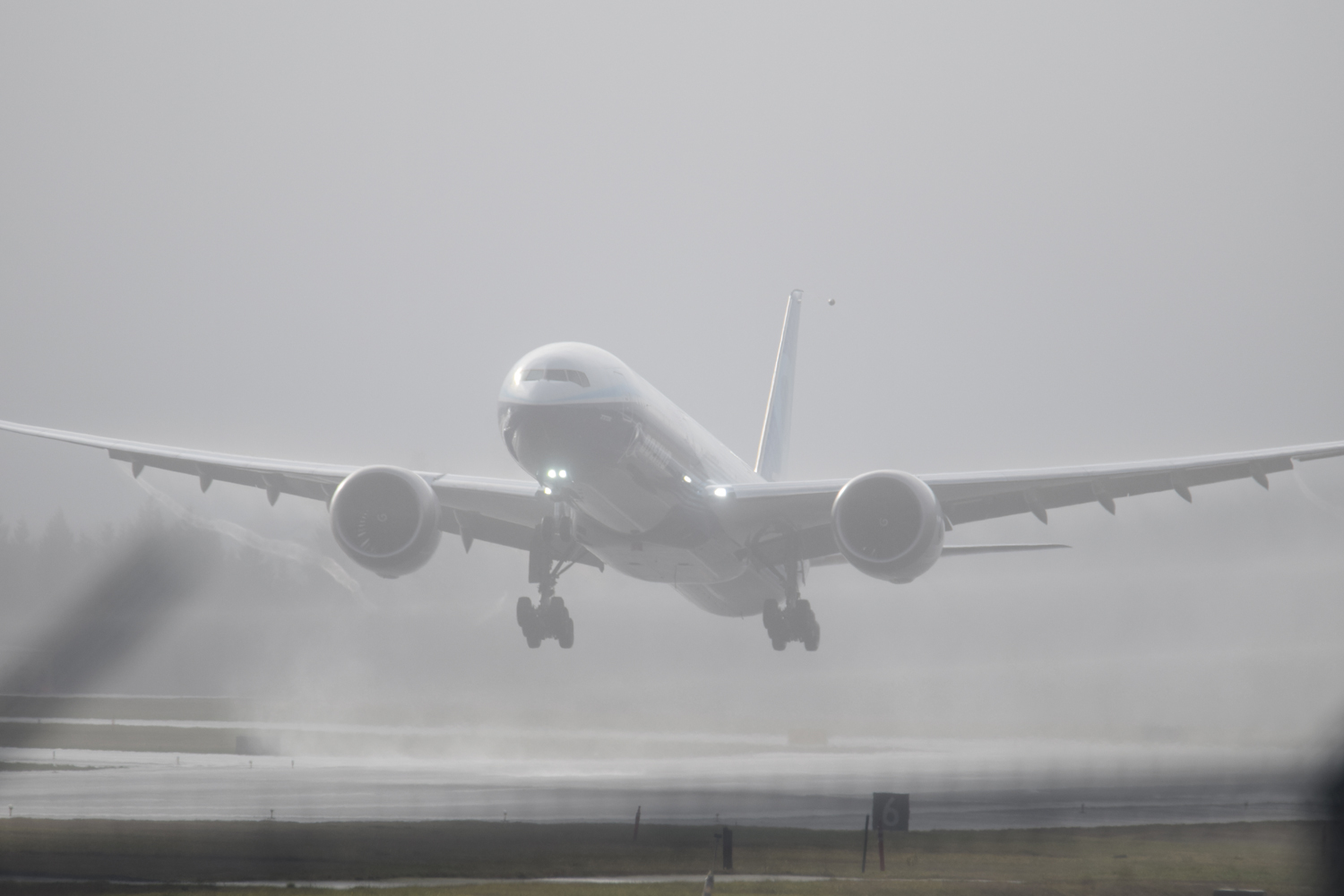 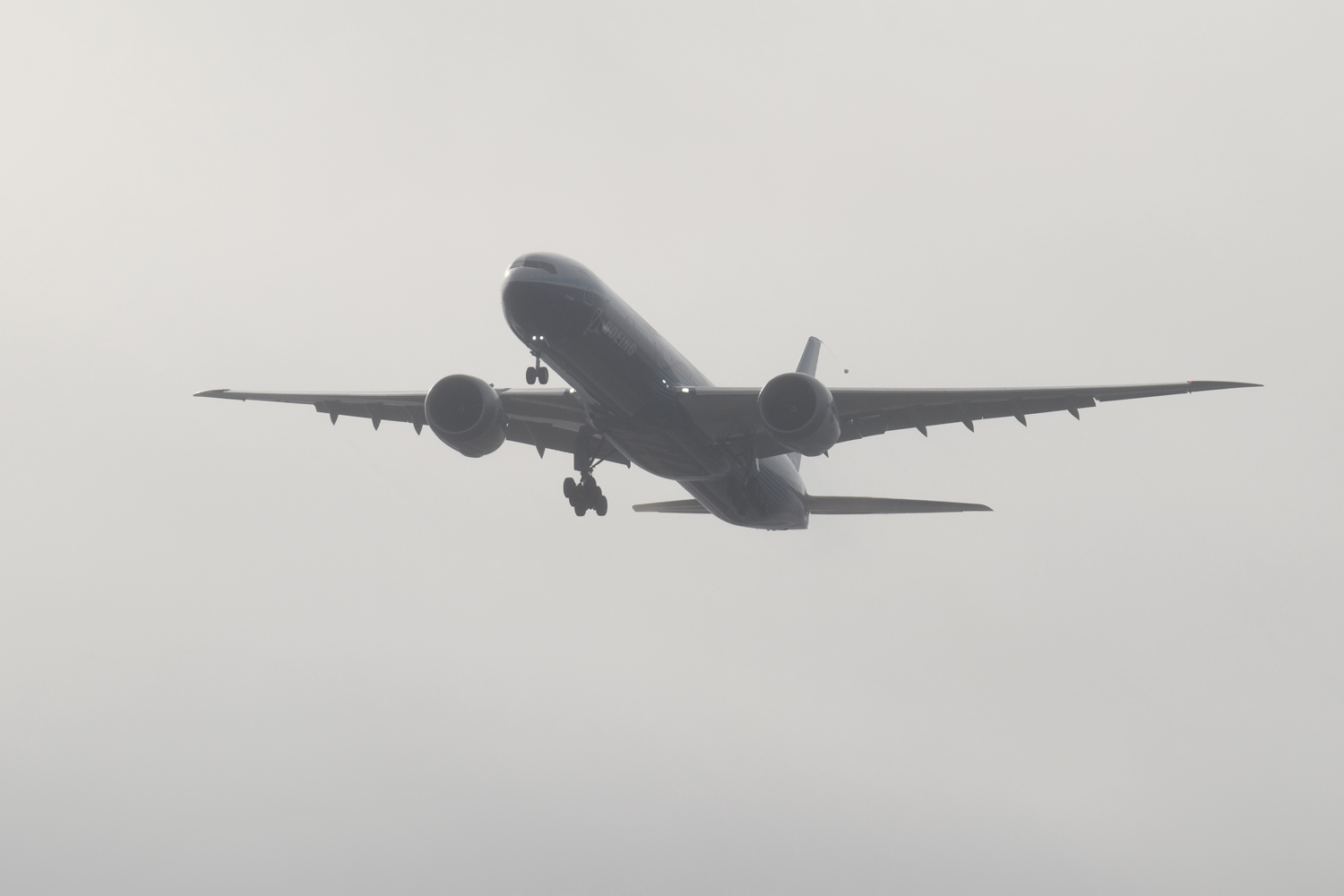 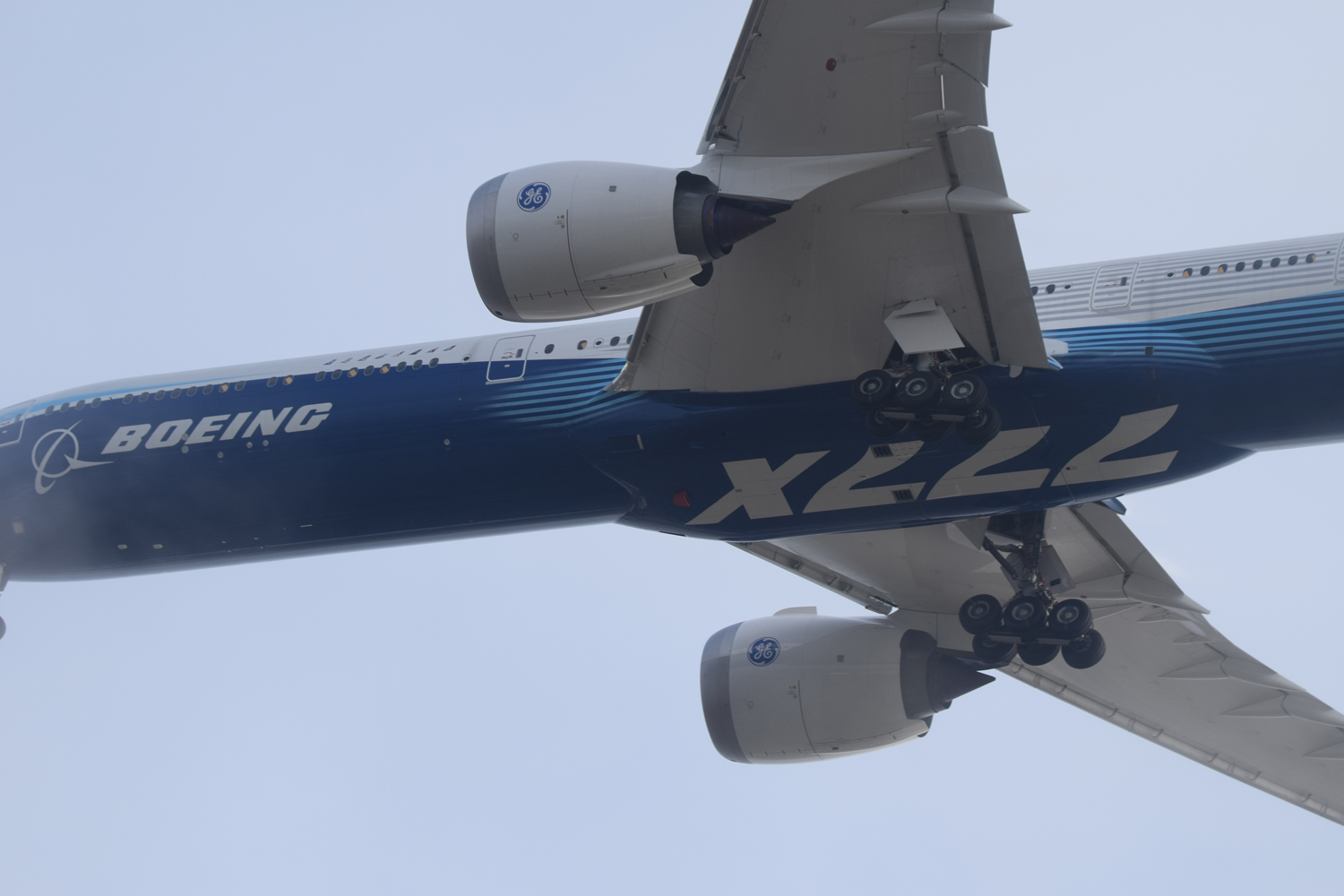 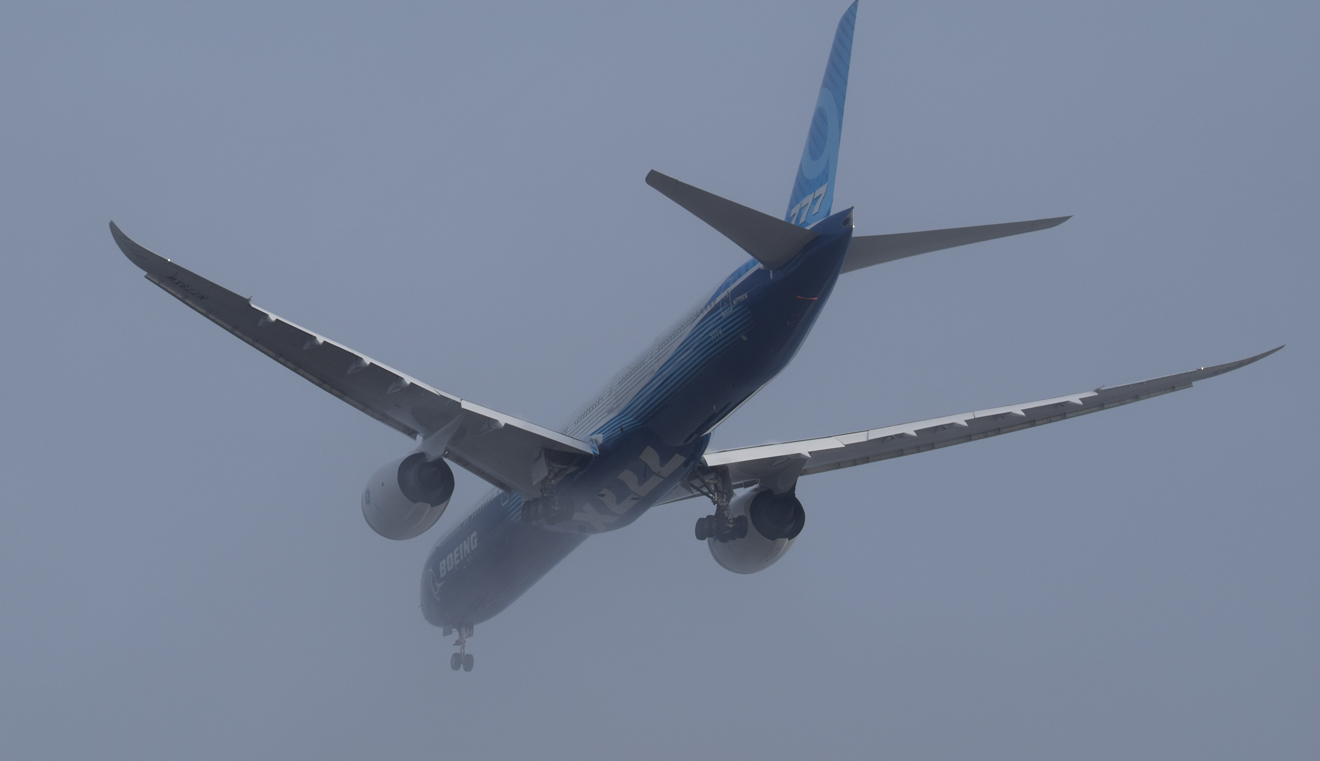 Thanks! All the planets must have aligned and I did get super lucky to fit a trip up to Everett in with work all week, and my son going to be born within days.

You owe my other half alcohol. She was sitting here the whole time yesterday encouraging the wind to keep blowing.

Yeah I do, let me what type.

Amazing shots, Sam. Congratz on the kiddo, too.

Watched it take off and it just landed. Hoping you were in the area. 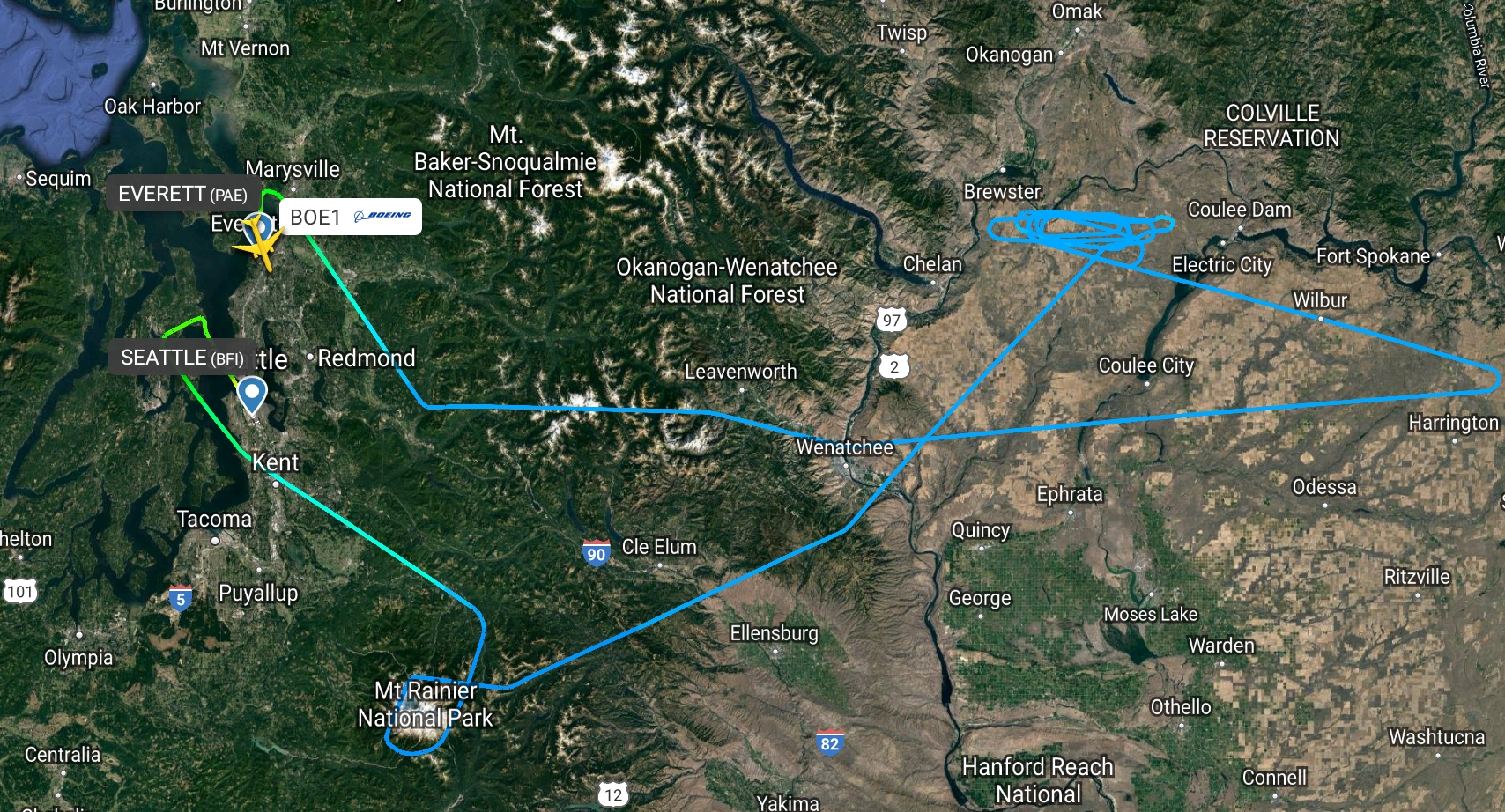 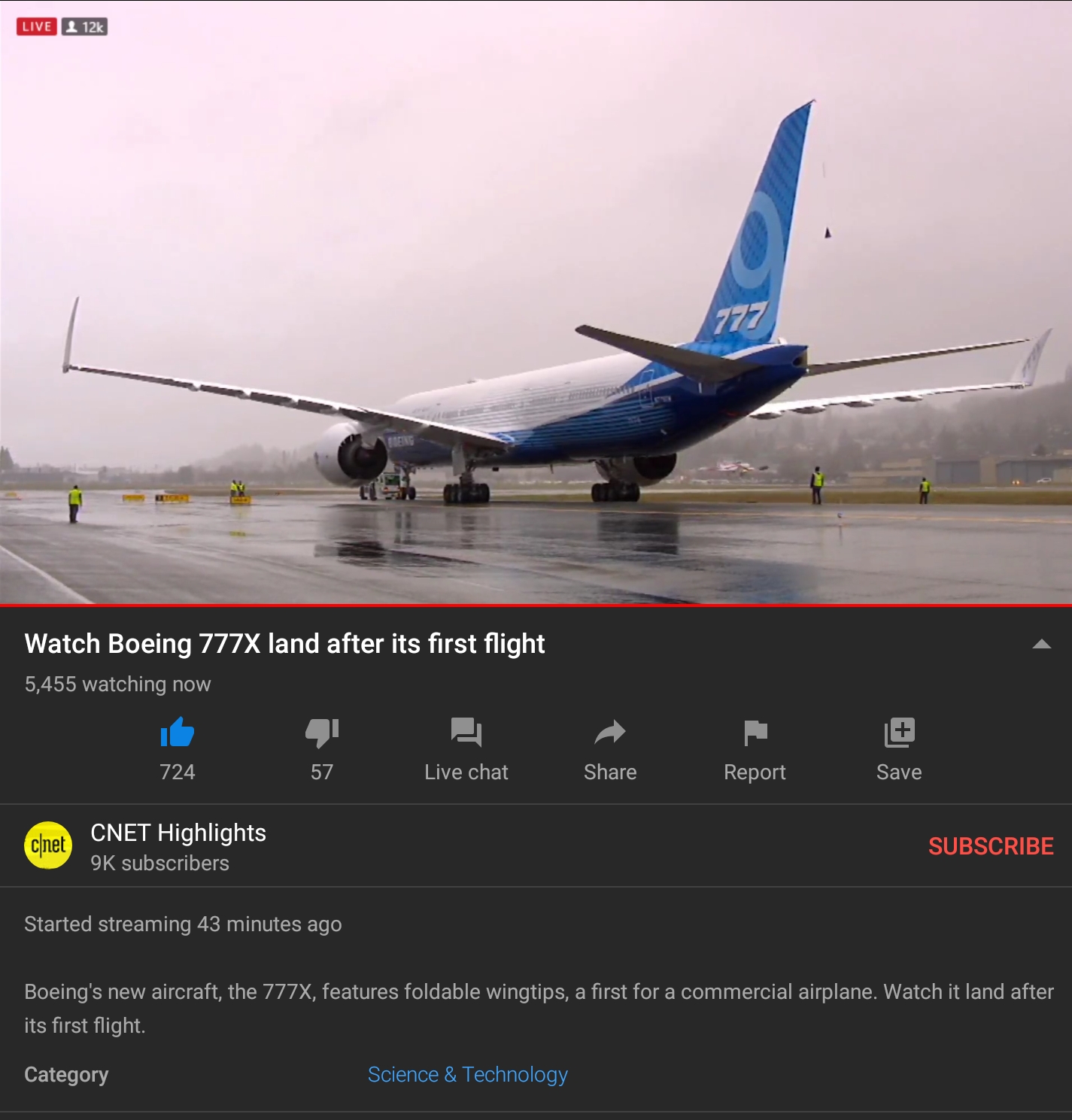 It took off with the winglets down. Didn't put them up till taxiing. 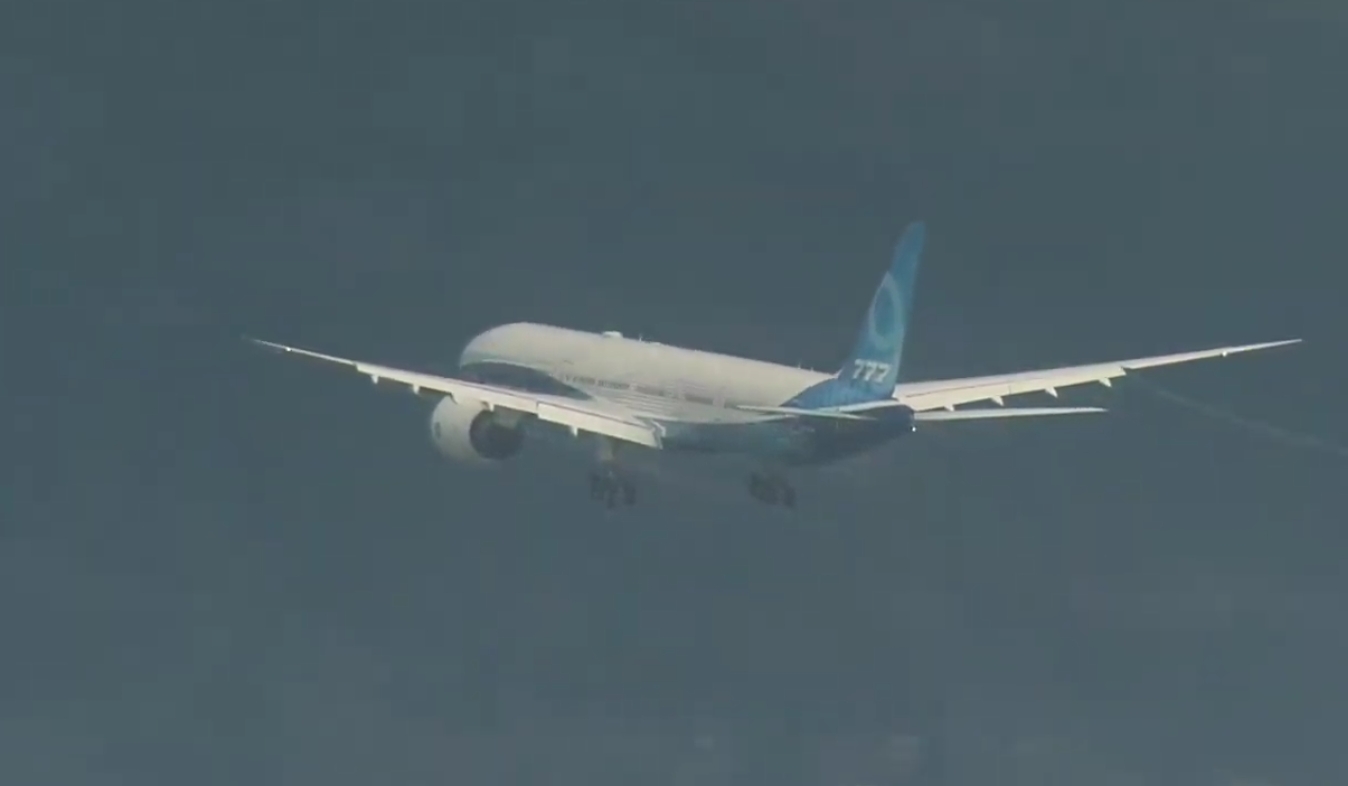 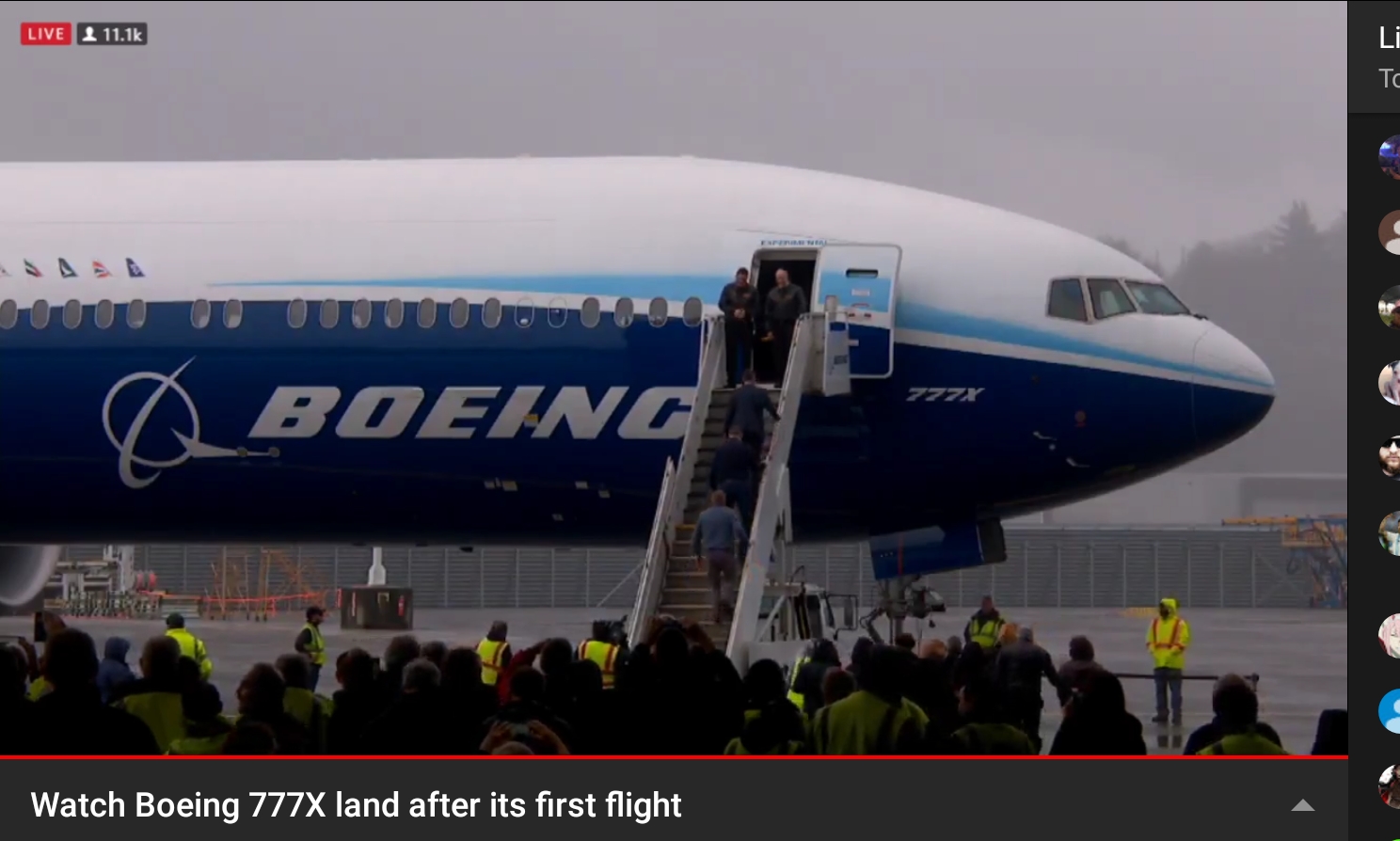 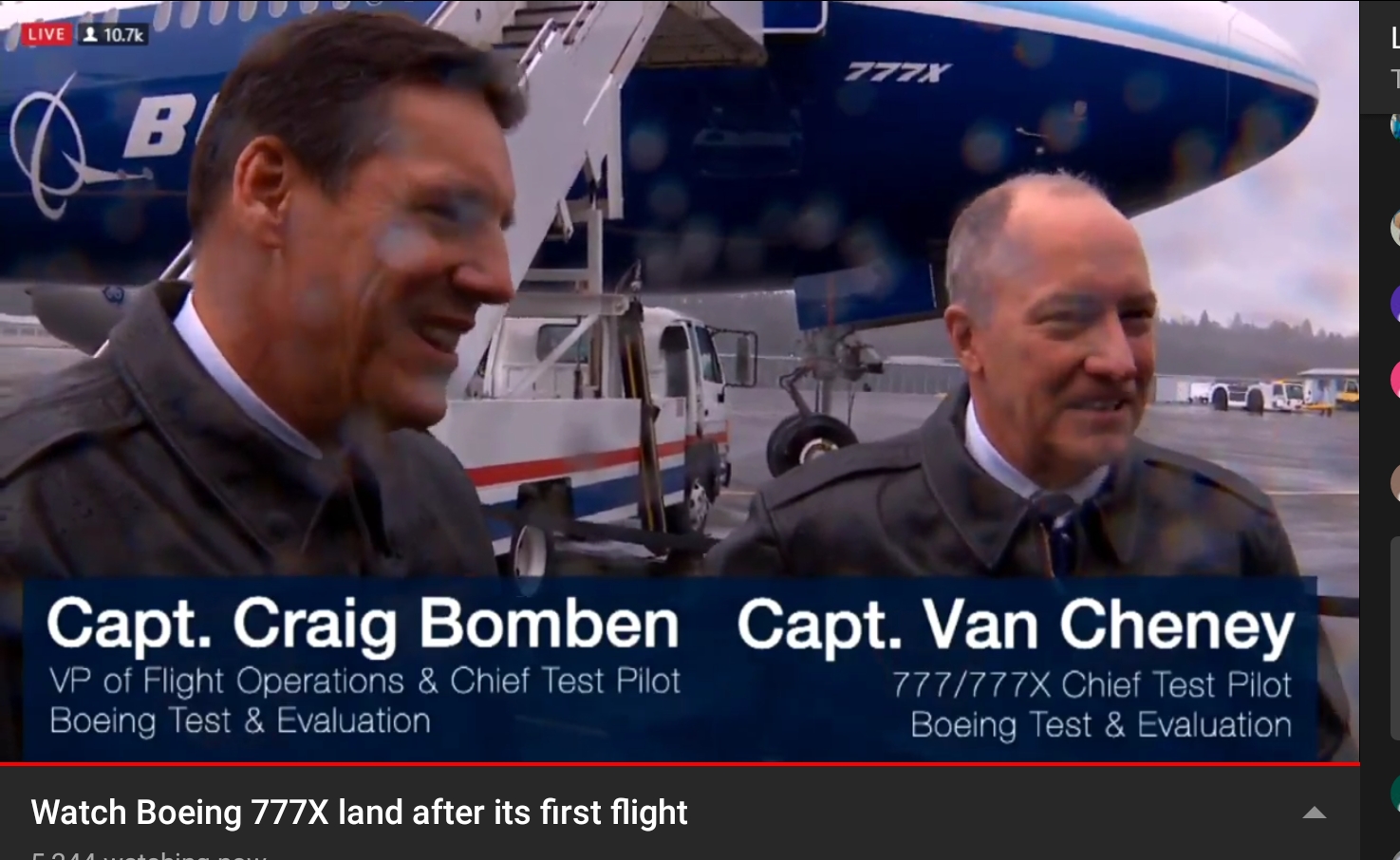 With the recent SEVERE mismanagement of the company from the very top down sales outside the US are likely to suffer very severely (though corporations are known to sweeten the deal with the buyers representatives on occasion) and likely the bulk of those sales will be taken up by the more up to date and reliable Airbus.

Boeing as the longer history and tradition but that was squandered by the people running the company and the culture of short cut's and cost cutting they demanded of those below them while Airbus despite being a far younger company is currently turning out world beating planes to many very happy buyers.

To recover there reputation Boeing need to cut the head off the snake and get themselves a new team of directors and managing director as well as those new directors having to be the type whom will be in it for the long haul and willing to work to restore the tarnished reputation of that manufacturer.

This however is unlikely to happen so while Boeing will not nose dive into the financial ground it will certainly be selling it's good's at a lower economic altitude than it has become accustomed too.

They got Lazy and let idiot's wreck one of the US greatest brand names.

Still remember on a much smaller scale how in the PC manufacturing sector Commodore one of the greatest brand names of the computing world was deliberately trashed by a malignant managing director whom then once he had done the damage left and bought the ailing former competitor Atari with his bonus and then built that company up - though both have long gone from the scene these day's, I wonder if there could possibly have been a little bit of this going on with that team of directors OR they may have been hoping to crash share prices and buy them up to enrich themselves and become larger stake holders since the US government makes certain that Boeing is not going to go bust with it being a major defense contractor.

Zaph let me know it was headed to Boeing field after I already got home so unfortunately I didn't get it landing.
The wing tips are always down when it's flying. They apparently go up automatically with speed. Anything below 50 knots after landing and they go up. The pilots have to extend then before take off.

Thanks, was wondering how the winglets were supposed to work.

Can't disagree with you there and Ive been advocating a complete flush of the boardroom and anybody VP and above. 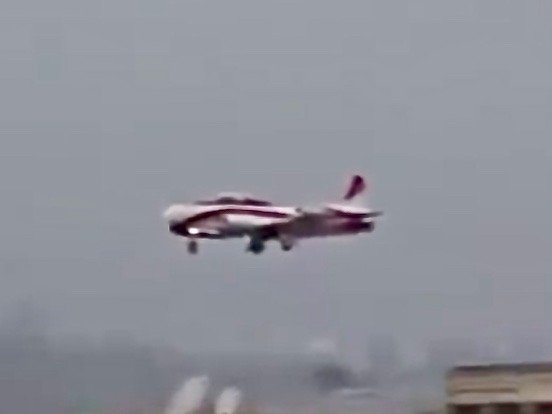 Thats pretty cool. Last may In Palmdale I was driving around looking for those x-34's in someones junk yard I came across a perfectly restored T-33 as part of some guys lawn art lol

There's one sitting in pieces in someone's yard in Texas. There's an antique shop outside Dallas with a MiG-15 sitting in front of it. 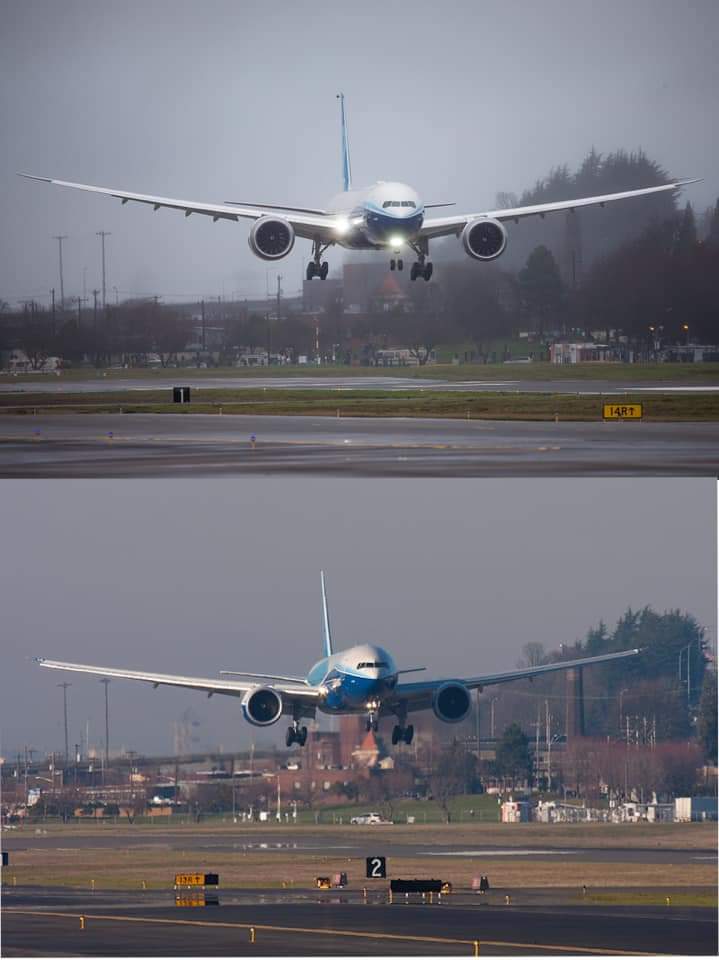