Right on track with that predictions chart. Chilling...

originally posted by: EndtheMadnessNow
Coming soon to a town near you.? 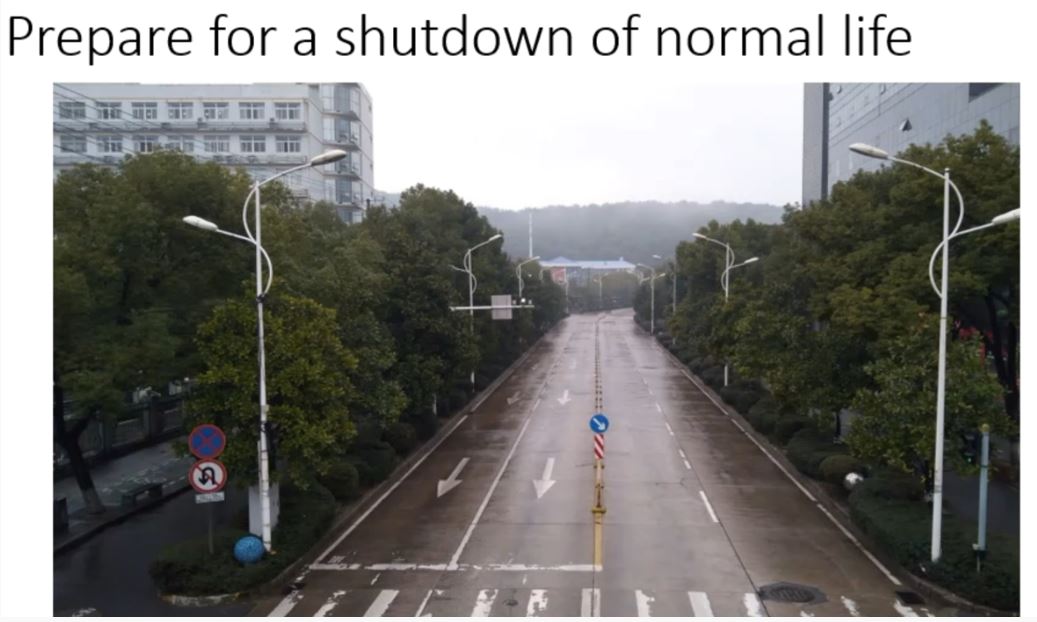 According to this paper if the experts determine the virus has an R0 = 4.08, life could become miserable for awhile.

We can’t really trust those numbers either...

50 people got released from the hospital. Some silver lining I saw.

Yeah well sadly it's the numbers we have to work with for now .

.... and Ill be the one looting museums and libraries.

Until you get a gusty windy day.

posted on Jan, 31 2020 @ 04:38 PM
link
Something I keep thinking about. If you catch the virus and recover, are you then immune? In which case if you are and its going to get out of hand, you want to catch it now while the hospitals can still cope? Before they become overwhelmed and the quality of care goes Right down
edit on 31-1-2020 by KingDoey because: (no reason given)

originally posted by: EndtheMadnessNow
Spain's first case of coronavirus is someone who had contact with one of the cases in Germany.

What in the hell type of conference was that? That's like the 8th person from the meeting to be reported positive for the virus.


originally posted by: EndtheMadnessNow
Spain's first case of coronavirus is someone who had contact with one of the cases in Germany.


What in the hell type of conference was that? That's like the 8th person from the meeting to be reported positive for the virus.

Actually the Chinese lady only had contact with two people. She wasn't symptomatic at the time, so no one knew there were any problems. She fell ill on the plane home and got tested right after getting off and found out she had it. The two German workers were contacted as part of the back tracing done by the company.

However, in the meantime, one of them had become mildly ill for a couple days and stayed home thinking it was regular seasonal flu. He had since returned to work. The other came down with a similar mild illness not long after.

Two of the other people who become infected only ever had contact with the Germans at the meeting.

The interesting/scary thing the whole chain showed was that the virus had a short incubation of maybe two or three days. The Chinese lady was shedding prior to showing symptoms. At least one of the two Germans infected at the meeting also was shedding before showing symptoms. And, the first guy to get it and then recover and head back to work? He was *still shedding* after having recovered!

This has since spread to the sons of one of the two Germans and now apparently someone from Spain.

So on the bright side, none of these subsequent infections have been serious. On the downside, the people involved were shedding before and after having symptoms of actual illness.

All of this was explained/drawn out in timeline fashion in a video I posted this morning. If you want to see it, and to make sure I didn't get it wrong, scroll back through and watch it.
edit on 31-1-2020 by ketsuko because: (no reason given)

Where is Chinas Military ? Why aren't they building the hospitals ?
They have a whole lot of them to help out ....but crickets ?????
Curious if anyone knows

They are Guarding Quarantine zone i imagine

posted on Jan, 31 2020 @ 04:57 PM
link
Just a thought as I don't know if this virus having HIV traits is a hoax or not. But if it is, can we expect that this virus will hit with a fever like HIV, but then stay latent within the body destroying white blood cells or some other import function within the body and have a secondary affliction like when HIV becomes AIDS? That would be scary wouldn't it....

Car part company apparently...makes you wonder what the drinking games were.

Makes you wonder what the layering of symptoms are. Here in the UK there has been a weird bug doing the rounds that involves nausea and respiratory symptoms. No fever, and no mucous (snot). Lasts for about a month but in waves. I'm just wondering if this bug comes in waves, initially no symptoms for some, then infection, pseudo recovery...then severe illness?
edit on 1/31/2020 by checkmeout because: (no reason given)

I thought they had their military medical units mobilized. Didn't we see pictures of that early on?

Whether or not they actually got there is another story. We have seen pictures of tanks rolling through the streets, but just because the US has the Army Corps doesn't mean that China does or chooses to use them for purposes like this.