Did China downplay the coronavirus outbreak early on?

A new study shows the virus took off weeks earlier than Chinese officials have suggested. Some indicators point to October when the virus outbreak actually started.

posted on Jan, 28 2020 @ 08:09 PM
link
Latest research on the incubation period of novel coronavirus (as compared to SARS/MERS): 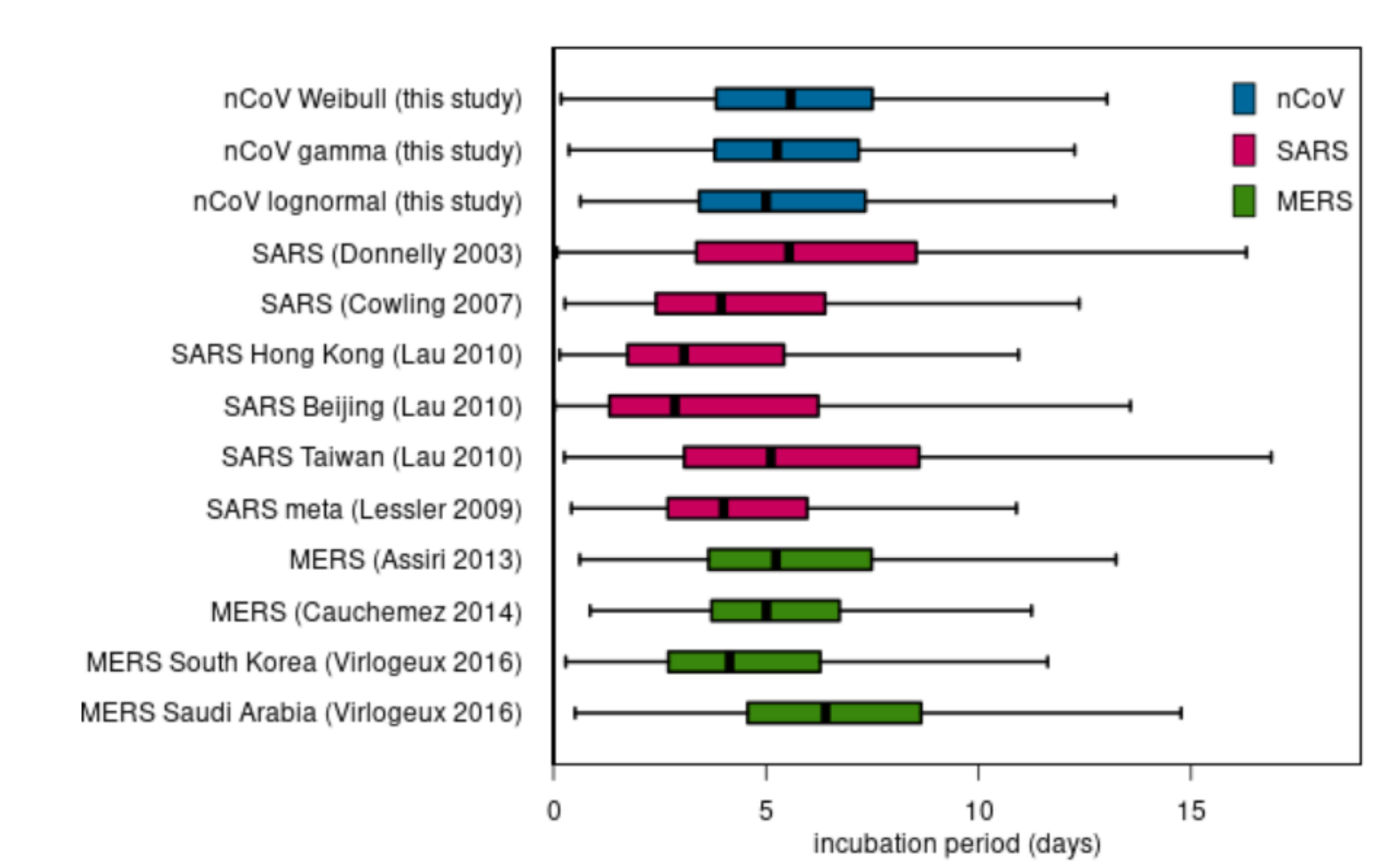 Currently, a novel coronavirus 2019-nCoV causes an outbreak of viral pneumonia in Wuhan, China. Little is known about its epidemiological characteristics. Using the travel history and symptom onset of 34 confirmed cases that were detected outside Wuhan, we estimate the mean incubation period to be 5.8 days, ranging from 1.3 to 11.3 days. These values help to inform case definitions for 2019-nCoV and appropriate durations for quarantine.

www.medrxiv.org...
Study is in the process of review

The number of confirmed cases of the rapidly spreading coronavirus infection in mainland China has reached 5,974, health authorities said on Wednesday, a total that surpasses that of Sars, the epidemic in 2002-03 that killed more than 600 people worldwide.


Sars infected 5,327 people in mainland China in nine months and killed 349 people, according to the World Health Organisation (WHO).

The number of confirmed cases of the rapidly spreading coronavirus infection in mainland China has reached 5,974, health authorities said on Wednesday, a total that surpasses that of Sars, the epidemic in 2002-03 that killed more than 600 people worldwide.


Sars infected 5,327 people in mainland China in nine months and killed 349 people, according to the World Health Organisation (WHO).


Well the good news is it did it in a fraction of the time! Wait.. that's not good news.

Oh wait.. maybe it's over, according to China, it's already peaked and is going down! Way to go China!

Evac'd Americans, including a cute little girl that seems to be the poster for all news of the evacuation because patriotism and children tug at the heart strings... 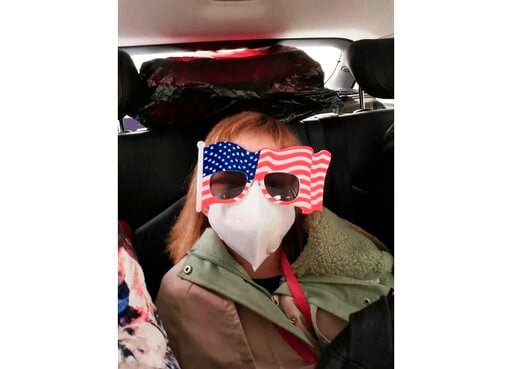 Massively BS levels of proagandized horsecrap right there by the American media, as usual.

Evac'd Americans, including a cute little girl that seems to be the poster for all news of the evacuation because patriotism and children tug at the heart strings...

Massively BS levels of proagandized horsecrap right there by the American media, as usual.


As soon as I saw that pic I thought of this: 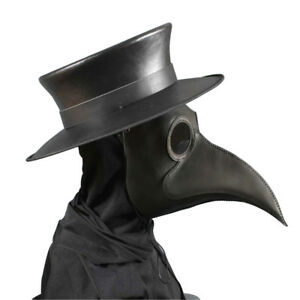 posted on Jan, 28 2020 @ 08:29 PM
link
And here's a photo of the goddamned pilot in the plane bringing the care package of disease to the airport in the city where I reside with my family... look at that horsecrap! He's wearing a GD biosuit to protect himself from the weeping death his cargo may well be harboring, but WTF, let's just go ahead and offload the 240+ modern day Typhoid Marys at the Ted Stevens Airport in Anchorage Alaska because: reasons! Scientists need to study these people, so it makes perfect sense to remove them from the plane and screen them again with their feet on Alaskan tarmac just to load them back onto the plane and resume their flight to their ultimate destination because... again, REASONS! Who TF knows, maybe the Kong Flu needs a vaycay and wants to see Alaska? Makes about as much effing sense as the waterheads making the decision to violate a quarantine to retunr these people to US soil in the first place, I reckon.

In case it isn't obvious, I am livid over this.

Hang Seng is getting booty smashed right now but it's got some catching up to do, the Nikkei is already green again

you guys know what this means? This whole thing was nothing but a big nothing burger, it's probably the elite testing something on the population to see how we react

nothing but BS, it's a big propaganda test on us

As I am as well. We should have cut flights totally and transported Americans back to military bases where they can be quarantined.

Your initial reply was an attempt at undermining my statement and indicating this is an average influenza akin to seasonal flu.

Not really. I was simply pointing out that statistically it was very similar to a severe, but seasonal flu. Similar mortality rate, similar symptoms, etc. while pointing out that everyone on earth getting it wasn't going to happen.

You are now twisting my reasoning to misrepresent my understanding/ beliefs.

No, you're twisting my words into a casual belief that a bunch of people dying is NBD. I'm simply pointing out that it won't be as catastrophic as you expect and that of the people who do get infected, 97-99% will live (at least in developed nations).

To that end it is worth considering is the interview from the 22 y/o guy who contracted it in december. He began feeling ill on christmas eve. He had been around family and friends, in and out of supermarkets, living life as a normal 22 year old does. Yet none of his family got it? If it's really that contagious, why? Could it be that it isn't nearly that contagious in human to human transmission but at the meat market where it began it was because it was open to everyone? Maybe his family members immune systems lucked into the proper attack on one of the first tries and that's why they never reached the symptomatic stage?

Then there is the numbers from today. The number of new cases are lower than yesterday. In your proposed scenario's that shouldn't happen. Of course, one day means little, we'll see what tomorrow brings but the fact that this was the first decrease in new cases since the 20th.

It may start slow, but the start is over. If Day 0 is the day you get symptoms and Day -5 is the day you can spread it, with an R3 (for the sake of easy math) that would mean on Day 4, 3 people would have symptoms and tens of thousands would be infected. The numbers would balloon quickly. But that's not what we've seen even in china. With 4500 confirmed cases yesterday we should be over 10k today.

Honestly, I'm not sure where these people are getting a spread rating of over two. The worst day so far is 1.65.

Then there are the quarantine measures and each day we learn more about it, come up with better treatment methods, and get closer to a vaccine or effective anti-viral.

As for sars, one guy spread it to 180 people but there were only a total of 8k cases. Why? Again I think this argues against a massive epidemic overtaking the world.

The new numbers from today are really good and it makes tomorrows new case numbers an interesting follow. Hopefully, for all of us, it has peaked or plateau'd.
edit on 28-1-2020 by Dfairlite because: (no reason given)

Figures it would hit the People's Republic of Lawrence first ...

How many experts inside and outside of China do you need before you believe it’s spreading 7-10 days before symptoms? (Or longer)

That alone is cause for worry.

You are assuming the numbers are accurate. Remember they are from the chinese communist party. Not exactly the most trustworthy and honest peole.

originally posted by: toysforadults
nothing but BS, it's a big propaganda test on us

If you are sure sure, go to the airport and hug all those ''fake'' Chinese returning on flights... then go home and hug your family.
edit on 28/1/20 by Agit8dChop because: (no reason given)

Spreading the luv. Disgusting! Do you know if this plane / some of the people on it are headed to California or are they all being hole'd up in AK?

It must be nice to be naive enough to base you assessment of life on what the proven and ridiculously so manipulated stock markets are doing at any given time. Seems about as intelligent as consulting a Magic 8 Ball for life's important decisions, but shine on you crazy diamond.

Will they tell the truth about how bad it really is AFTER they land?

Or does our govt already know?