originally posted by: DontTreadOnMe
For informational purposes:
this is a PDF file
Information and herbal strategies for Influenza support
Understanding the virus, its risks and complications,
and the goals of herbal therapy


It deals with herbs that may be helpful, including those that may reduce cytokine storm activity.
Worth a read.


Bump. Thank you DTOM. Out of probably 1000 posts I’ve read about the topic, this is by far the most helpful. Going to go check It out and see if there’s anything I’m not already aware of.

I have had a nasty RSV virus circulate through my own fam since right after Christmas, regardless of if this particular virus is a dud or not, there’s plenty going around out there!

Stay healthy everyone. Thank you for all who are giving helpful updates on here.

originally posted by: CrazeeWorld777
Maybe that report about building a hospital for 1000 people is false and really they are preparing a mass grave??

That's what I was thinking. I'm also thinking of the lady that tested positive for it here in Chicago. She got back from China 1/13 how many people do you reckon shes been in contact with since then before testing positive for it. I think it'll get worse. without a doubt.

posted on Jan, 24 2020 @ 01:29 PM
link
It seems someone decided to speed up one child policy over there weaponizing the virus.

A woman who travelled to France from Wuhan has been tracked down after claiming she took drugs to mask potential symptoms of a deadly virus at the airport, according to authorities.

Ms Yan posted on Chinese social media that she “took antipyretics and managed to pass through checks at the airport and enter French territory” after suffering from a fever and a cough, according to the Chinese embassy in France.

She had reportedly come from Wuhan, the city at the heart of a coronavirus outbreak that has now been placed on lockdown.

posted on Jan, 24 2020 @ 01:39 PM
link
China kept the wraps on this for far too long and we should be suspending all travel to and from China, but we're not.
Lets hope this can be contained or a cure found quickly, because it looks like it is already spread across the world.

A woman who travelled to France from Wuhan has been tracked down after claiming she took drugs to mask potential symptoms of a deadly virus at the airport, according to authorities.

Ms Yan posted on Chinese social media that she “took antipyretics and managed to pass through checks at the airport and enter French territory” after suffering from a fever and a cough, according to the Chinese embassy in France.

She had reportedly come from Wuhan, the city at the heart of a coronavirus outbreak that has now been placed on lockdown.

She needs to be charged with something. Doing something like this risks the lives of others, just because she wants to travel. Attempted murder? Maybe a bit harsh, but she needs to see the inside of a jail cell for some time. JMHO

Buy a lot of gold if they do that

This time though they're reporting it the other way - this is FAR worse than we're being told.

A video came out today on Chinese social media (which was promptly removed by the authorities) showing single corridor in a Chinese hospital - full of patients and with 3 corpses just laid out on the floor, all 3 of whom had died that morning.

First of all with 3 newly dead people in 1 corridor in 1 hospital, and presumably not moved because there's no where to put the bodies, the idea that there's only 26 dead from this is laughable - it must be in the hundreds already.

When you also consider how secretive the Chinese are and how they don't admit to failures or problems, the fact that 14 huge cities have been shut down and are effectively under martial law, AND they've demanded a brand new 1000 bed hospital be built from scratch in FIVE days...

Well if that doesn't convey the seriousness of this, how seriously the Chinese are taking it, and how bad the problem really is - then nothing will.

And yet, we're still allowing flights into the UK from China, letting everyone on board out into the community, and telling them if they feel ill to ring the "over the phone health helpline".

I can't help but feel this is going to be very bad indeed.

I just saw on the BBC website that an analysis report has been published called 'Clinical features of patients infected with 2019 novel coronavirus in Wuhan, China'.

The article link is Lancet article

It's a very academic paper and the figures/jargon went right over my head, but some people might find it useful.

originally posted by: tarifa37
I don't speak Chinese but apparently talk of 90,000 dead in this video can anyone confirm. youtu.be...

There is no vaccine to sell.


If this is true about kidney failure, it fits with the cytokine storm symptoms.

A few pages back I was telling about the numbers being so much higher as death toll even with the Spanish Flu due to CS. DontTreadOnMe posted some information on how to home treat for CS. Couldnt hurt.


Here is a link to her post that you noted.

I think that's fake news but higher percent than what we are being told.

Unfortunately the virus is out of China and now in other Country's and by the look of it, it infects quite easily, so let's hope its kept contained as of now.

However a colleague of my son’s, Chinese, has said information coming out of hospitals in the Hubei province suggest the situation is significantly worse than being reported. Most disturbing thing is the bleeding from nose and mouth. Reported to be shown in a good number of those infected. Still, it’s third hand info at best. So best with a pinch. 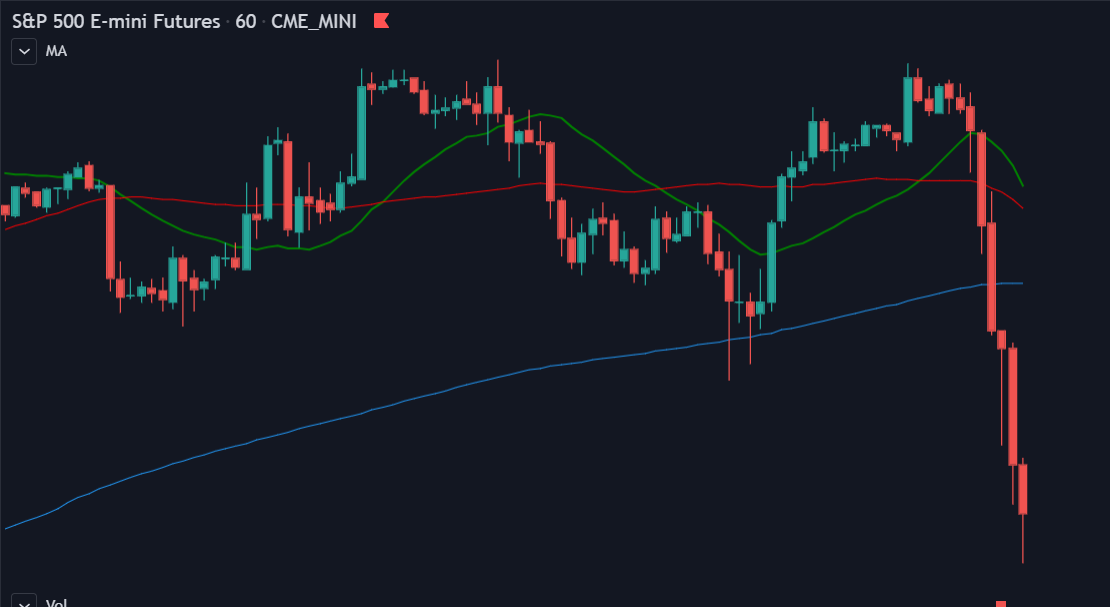 as Steve Mnunchin says, the stock market is always right