What do you reckon the meaning of Six hundred threescore and six is?

As you can see with 616... You see two breasts (a right one [6] and a left one [6]) each with a big areola while in the center of them is the center of very attractively shaped vaginal lips (1).

Oh yeah, I also see the letters the make up the word "sister" inside Six hundred threescore and six. The word "six" is twice so that is how you get the word twin.

For it (incest) is the number (twin sister) of a man. Animals of mother nature have sex with their close relatives all the time. The dragon and the first beast are fraternal twins that have incest.

See also The Beast-666, where all this is explained in more detail.

I reckon I will need to ponder a while longer on what you just said before giving a reply that could attempt to scale that mountain.

A bar code has three 6's in it. One at the beginning, one in the direct middle and one on the end.

I remember that came up so many years ago but it kinda fits the bill, still. Can't buy or sell without it. Though no one's cutting heads off if you dont use it.

posted on Jan, 22 2020 @ 05:02 PM
link
a reply to: StallionDuck
Not really, because the whole point of the "mark" is that it identifies people who are rejecting God. Nothing about bar-codes does that.

Is it time I started bumping that series?
edit on 22-1-2020 by DISRAELI because: (no reason given)

If you flip it over and do 919 it's like gravity kicked her ass.

originally posted by: DISRAELI
a reply to: StallionDuck
Not really, because the whole point of the "mark" is that it identifies people who are rejecting God. Nothing about bar-codes does that.

Is it time I started bumping that series?

Maybe it does resemble those things. But are you saying they used those numbers based on how they appeared in arabic characters? Wasn't it written in like hebrew or greek?

"Here is wisdom. Let him that hath understanding count the number of the beast: for it is the number of a man; and his number is Six hundred threescore and six."

Not sure how you're seeing sexy times in your numbers.

Six is the number of man. 666 is therefore representative of Man led by a man who is being led by another man.

It's also the number of sides in a cube. Man's reality is a cube in metaphysical nature. He is only liberated after dying on his/her own cross.. thus rising from his own box. 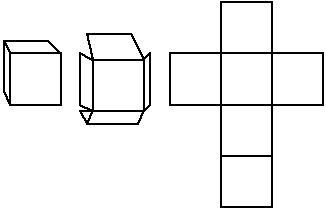 posted on Jan, 22 2020 @ 05:58 PM
link
a reply to: StallionDuck
Sure, the mark has to be visible, so that the Beast knows who hasn't taken it, but it's a visible sign identifying people who have rejected God, and bar-codes don't serve that purpose. Look in chapter 14 and see what God does to people who take the mark. Does it seem rational to you that he would do that just for someone holding a bar-code in their hands?
"Not being allowed to buy or sell" is about a straightforward boycotting operation. It has nothing to do with using/not using money as such.

escapeallthesethings.com...
“You may have seen in the news recently that a fragment of the "oldest NT manuscript" was found to say in Revelation 13:18 that the number of the beast was 616 instead of 666.”

Evidently seems to be the understanding

Others disagree
“I do not know how it is that some have erred following the ordinary mode of speech, and have vitiated the middle number in the name, deducting the amount of fifty from it, so that instead of six decads they will have it that there is but one. [I am inclined to think that this occurred through the fault of the copyists, as is wont to happen, since numbers also are expressed by letters; so that the Greek letter which expresses the number sixty was easily expanded into the letter Iota of the Greeks.] - Adv. haer. 5.30”

In this rather obscurely expressed passage, Irenaeus was proposing (even in the second century - a century BEFORE this oldest surviving copy!) that old, Greek copies of Revelation contained an error of copying in which the Greek letter xi with gematraic value 60 was wrongly copied into the Greek letter iota with number value 10


So something to at least consider

Well, at least the OP seems to be on to something that is pretty blatant but nobody brings it up.

What is the antithesis of a male God?

If there was an anti-Christ, that persona would be female.

From the beginning in Genesis with the Tree and forbidden knowledge...

What was the actual knowledge Adam gained from eating the apple?

That he and Eve were different.

In ways that a male would never understand besides the physical part of it.

Why did the Christian theology bury all the female writings of the time... why did they go so far as forcing chastity in their order?

Because they knew where the real trouble would come from eventually.

Centuries later, we have the Illuminati (The Sun/Son) and the Lumenari (The Moon) handing their 2,600 year rule over from one to the other again...

If you wanted to look for an Anti-Christ, you would look for a woman.

Although it really just means the end of one time and the beginning of the new.

The end of the Church's dominion over the earth.

And a return to the people running it.

I think its as simple as prosperity. The Beast has control over all transactions. Solomon earned 666 talents of gold in one year. Prosperity can either be a blessing or a curse depending on how it is used.

Originally posted by Claymation213
In numeral form it's 616, not 666. How come? The look of 616 supports womanly features.

Not sure about the whole womanly observation thing there, as the verse clearly states it’s the number of “a man”

Here’s a bizarre observation though…

The first half of the binary figure, is a mirror inversion of itself!


Well, when in doubt, anagram it out.
Anagrams for "Six hundred threescore and six " :

Wow dude! Cloning is about as incestuous as it gets!
Hey it would'nt suprise me if they tried the
Eden thing on "Xerox " and created Eve 2 from
"Xerox" so he could bang himself.
You rock man. Thanks.