posted on Jan, 22 2020 @ 09:00 AM
link
China is one of the three space faring nations capable of placing human beings into orbit. Their first generation capsules appear to be largely derived from Russian designs. They are not direct copies, but the designs are definitely derivative. However, given China's ambitions, the original capsule will be completely inadequate for their new space station and their lunar ambitions.

To that end, China is working on their second generation space capsule[1]. Their intent is to shuttle to and from the space station. Likewise, they want to use this capsule itself or potentially use a derivative of it, to act as the command module for their lunar landings planned for the end of the decade. A new set of pictures of the capsule have emerged. 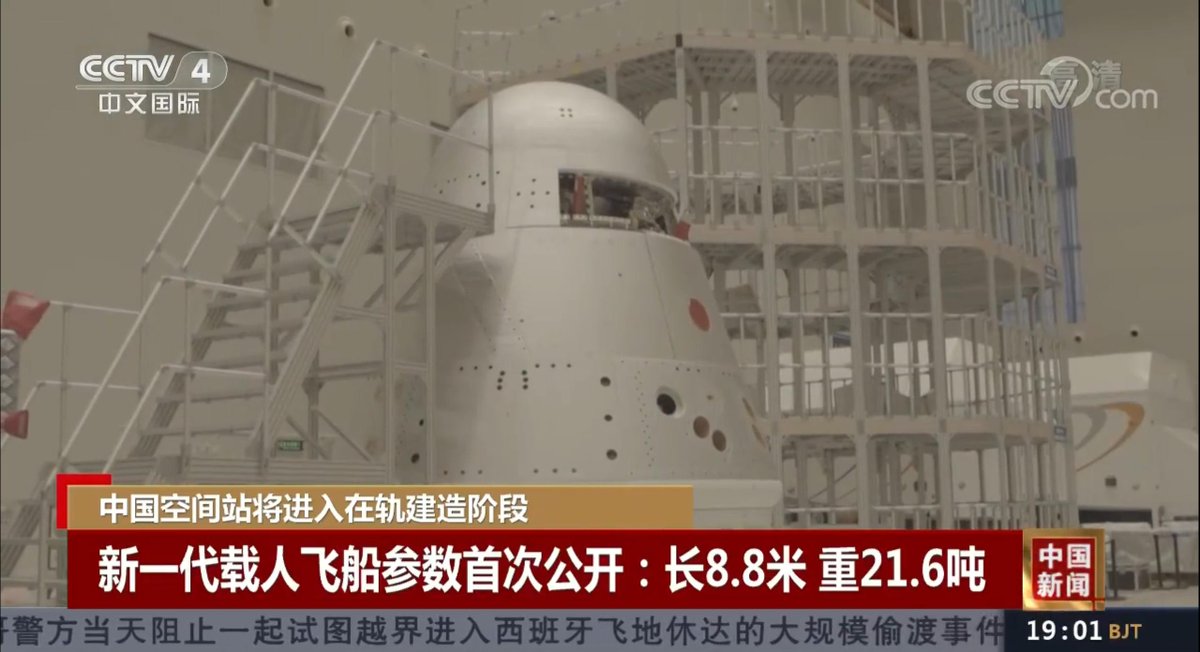 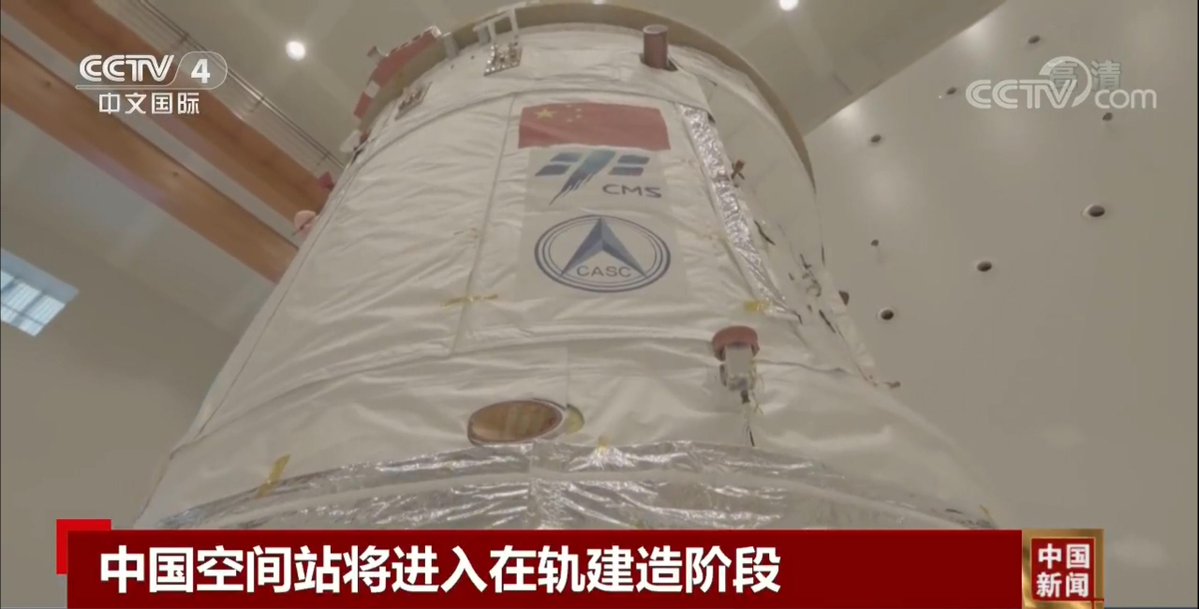 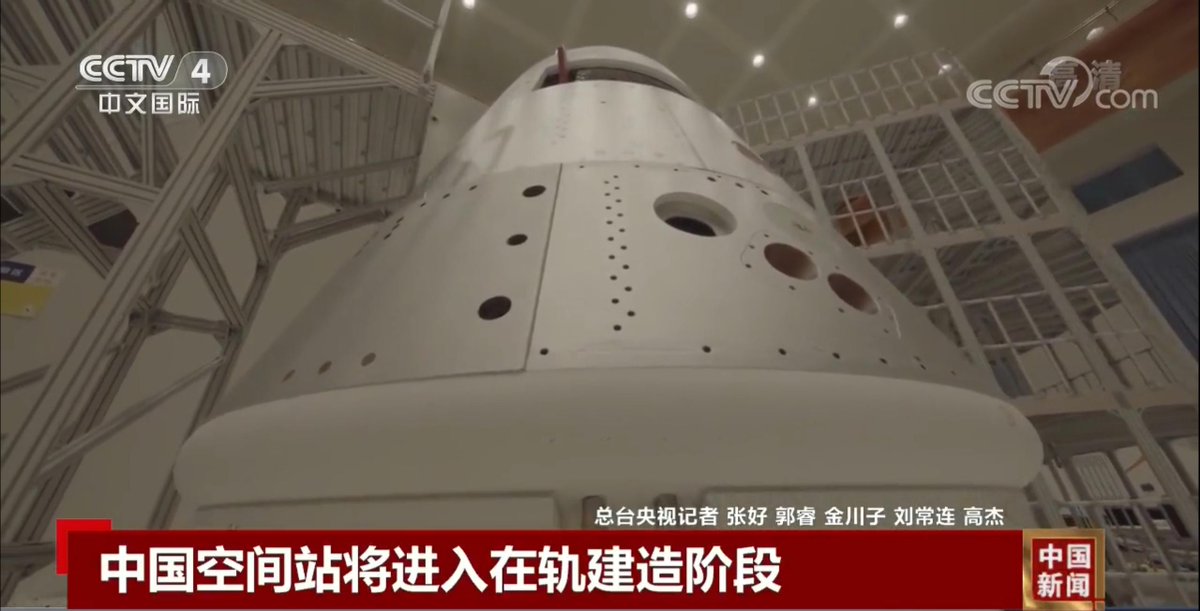 There are also pictures of the service module. The size of it make it clear the capsule meant to be used more than just in LEO. 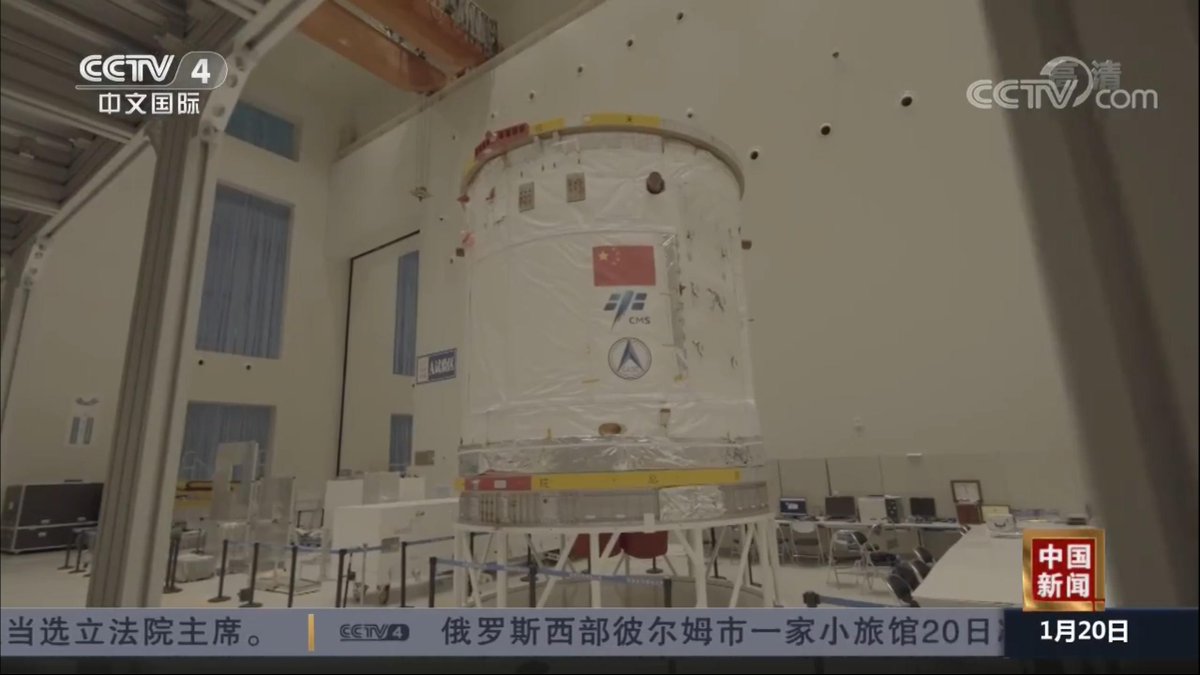 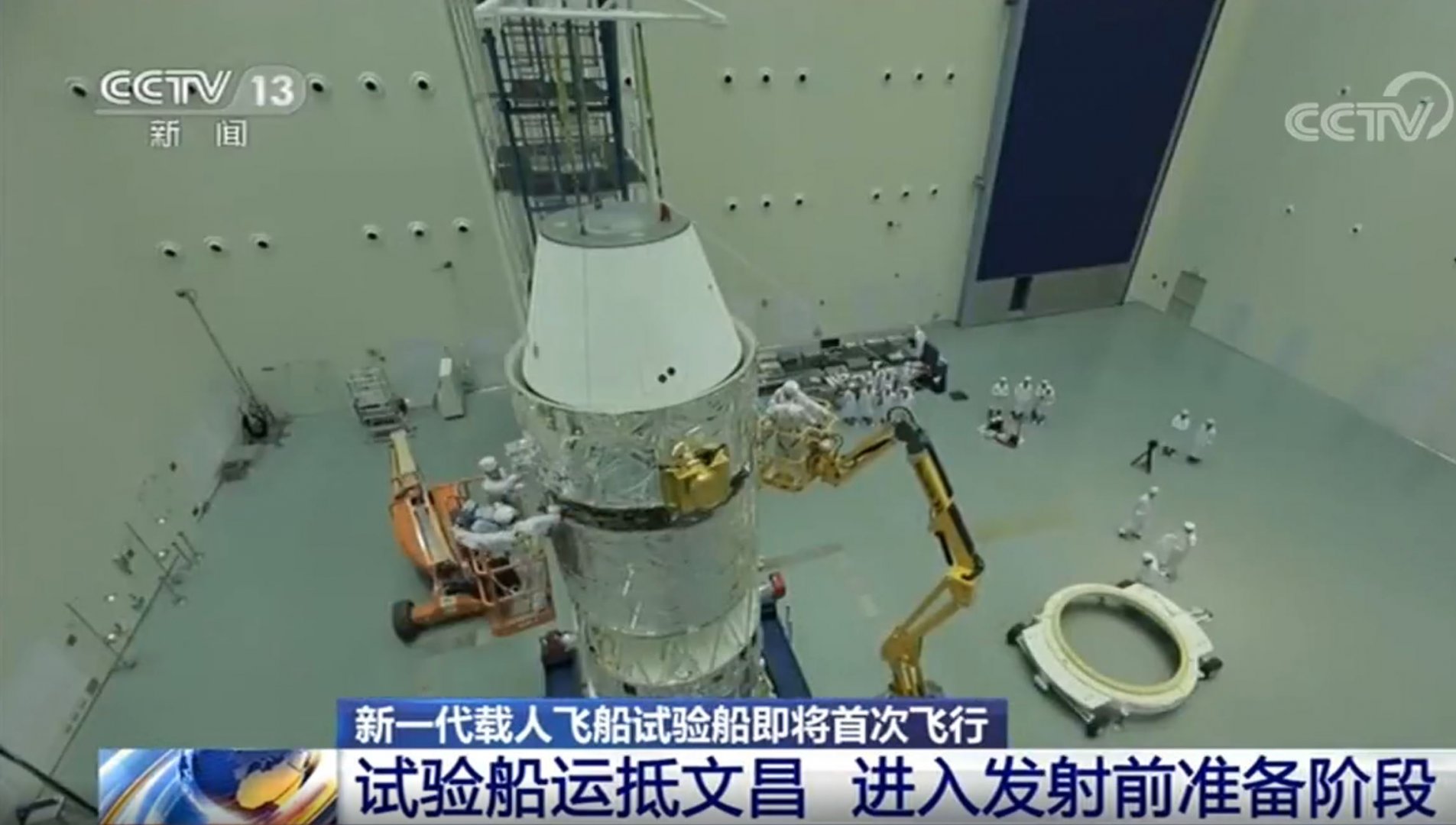 The Chinese ambitions had been stymied by the problems with the Long March 5 rocket. The need the rocket for placing larger payloads like the new space station modules into orbit. That has returned to flight though[2].

posted on Jan, 22 2020 @ 09:29 AM
link
They have yet to built a functional rover and from the article, nothing innovative just some old modified Russian stuff.

The first one eventually malfunctioned. Not sure of the second. These are just soft landings though. Totally different than Mars. T ball to MLB.

While the first rover did lose its ability to move in the second month of operation it did continue to collect useful data. The second rover was still working as of last month and became the longest lived surface roving vehicle on the moon.

"Just a soft landing"? Kind of a requirement for a successful surface mission wherever you're landing.

I get your point, they are making some strides but the US is still way past them in this field. When they land someone on the moon and get some rovers to Mars or Titus then yes, they are in the big league. It's difficult to do that in a communist country. They are better at stealing tech than creating it. It's sad because at one point they were leading the planet in innovation. They are not dummies. A lot of smart people but hard to extract it in that system.

It depends on how well run the system is. The Soviet race to the moon was stymied not by the underlying philosophy but mismanagement of it: political infighting and bureaucracy effectively crippled the scientists and engineers. That kind of thing can be a product of any system - the US's own ambitions have been equally hobbled by posturing and political control of budgets. Private enterprise is maling a good fist of space exploration, but they are only a stock market crash and a bad shareholder's meeting from having that plug pulled.

You coul argue that China has merely appropriated existing technology, you could also take the view that they are taking an established methodology that has been proven to work and making their own version of it.

The next boots on the moon are highly likely to be Chinese, or Indian.

The second Yutu rover is, by the way, wide awake and making home movies for the folks back home:

They're working in a 'clean room' environment, and all the workers are suited up, but the diesel man lifts are not covered or protected!

One blown hydraulic line and it's back to square #1. And what about the fumes???

I'd say those are fake publicity photos for an audience who doesn't know any better.

Might be, but I doubt it. They're pretty serious and China isn't like the Russians. The Russians release BS like they need to fertilize the world. The Chinese, generally, don't.

Here they are doing drop tests, just like we did with Orion, Crew Dragon and Starliner: 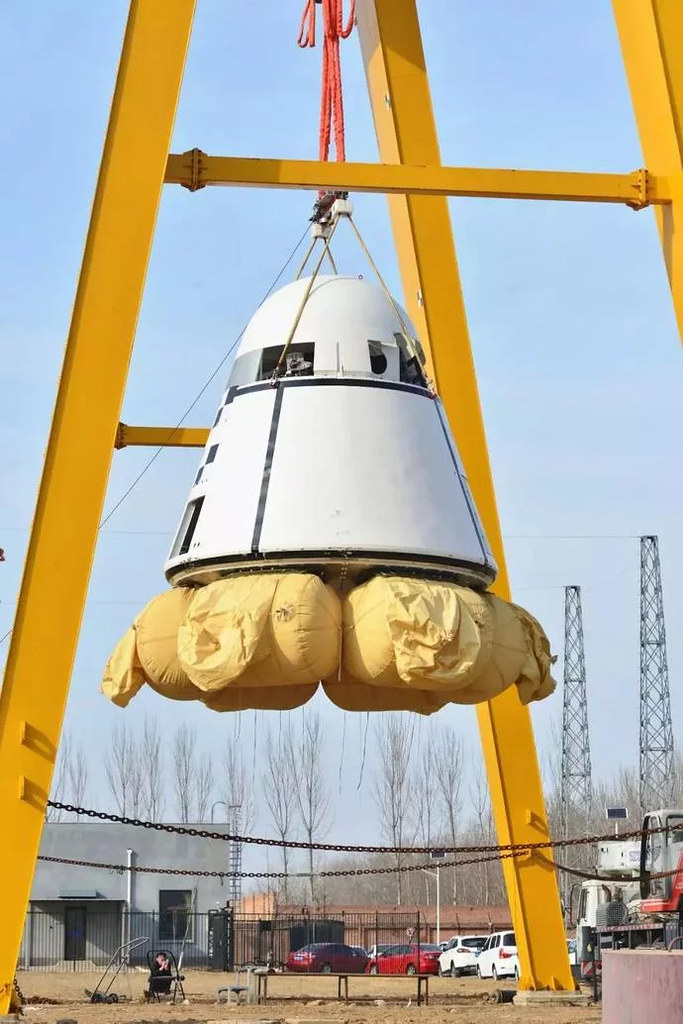 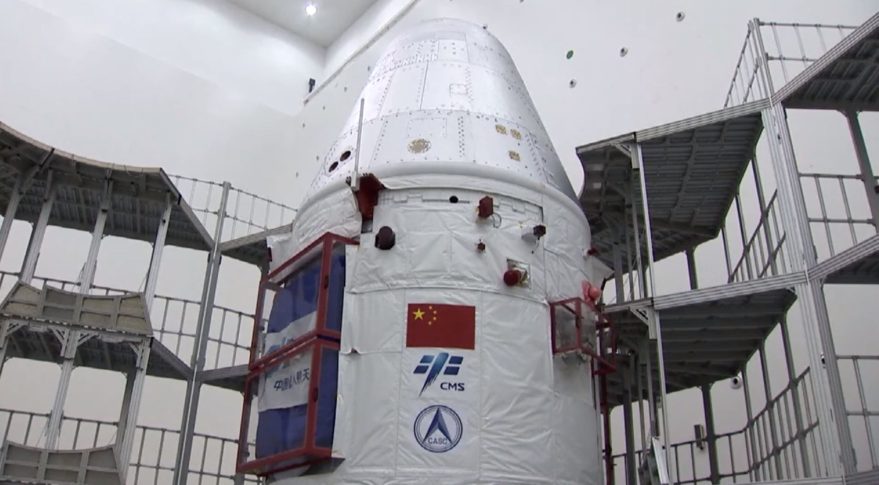 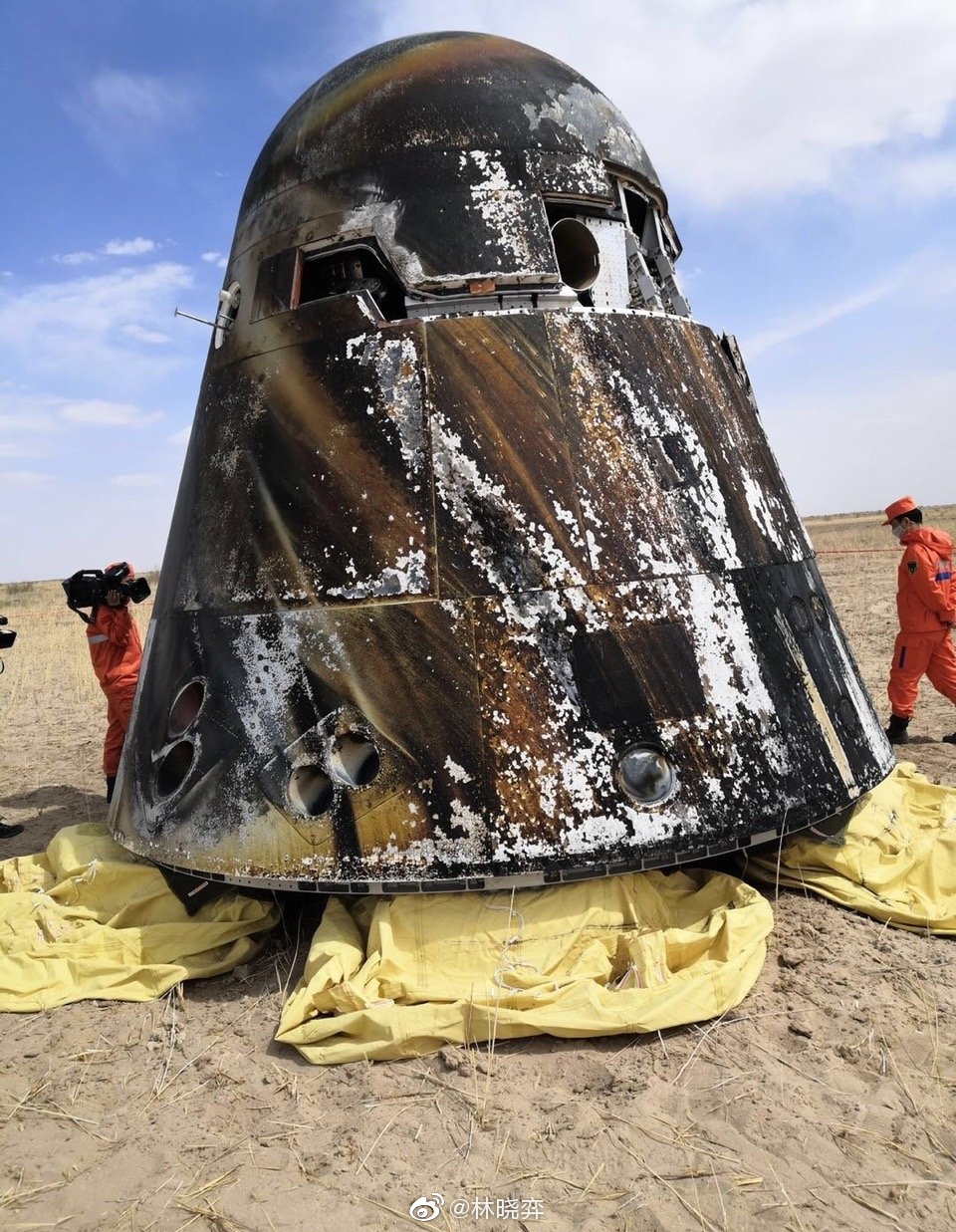 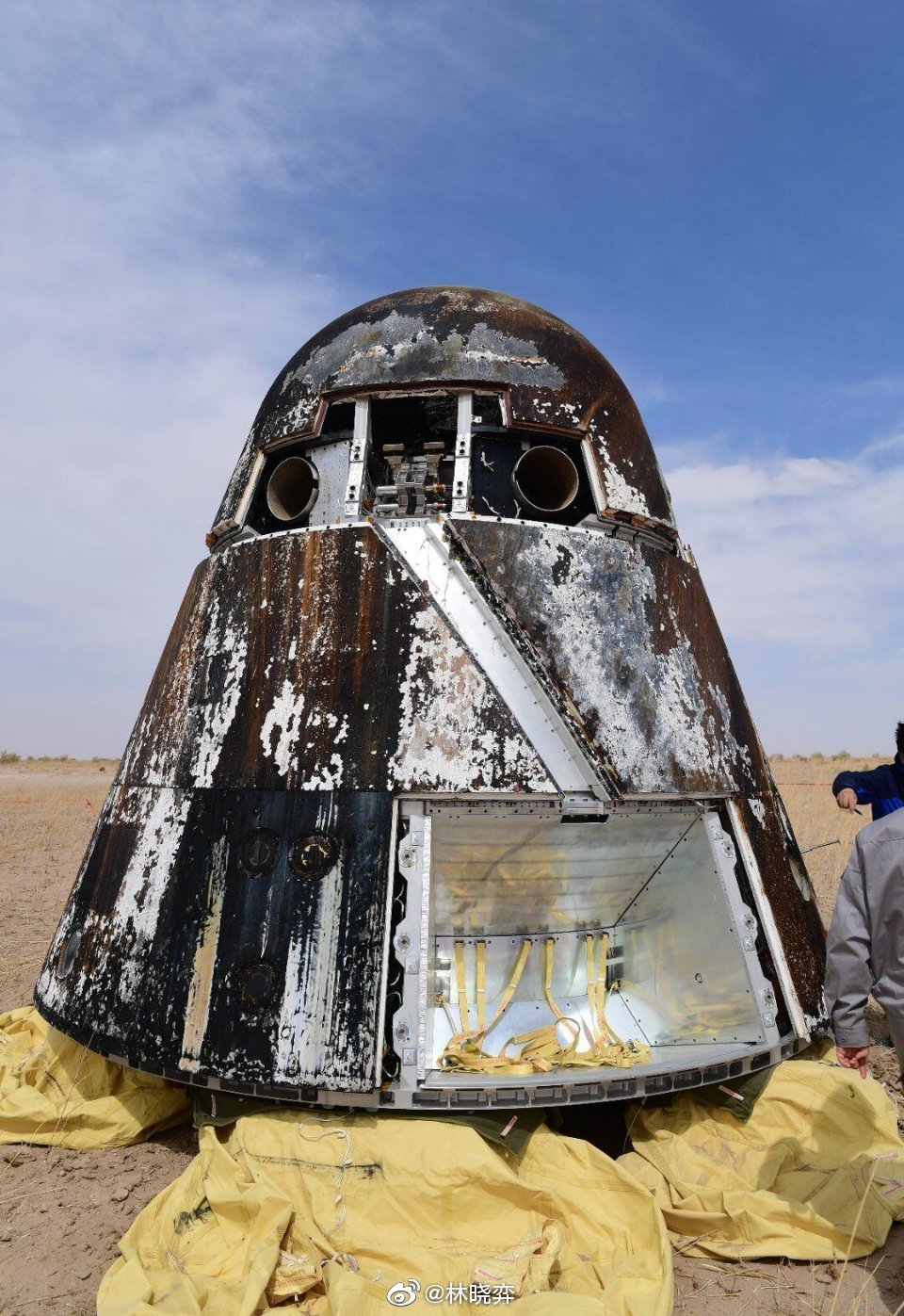 originally posted by: anzha
a reply to: Saint Exupery

True. However, a soft-landing capsule re-enters blunt-end forward, to slow it down enough to open parachutes. Warhead re-entry vehicles do not have a requirement to slow down, so they come in narrow-end forward. This changes the design requirements. That's why I was surprised that a capsule would so strongly resemble an RV.