Will trump ask SCOTUS to overturn his impeachment after acquittal ?

I agree trump has an ego... but that in and of itself is not a negative trait as it is held by many great people in business, medicine , industry and even politics.

my dads hands were damaged by a damaged power cable (insulation cut he didnt know about) in an APU unit that sent 220 plus volts though him that should have fried him like bacon but didnt due to not grounded (and a circuit breaker popped).
his hand surgeon was an arrogant prick by any standards but due to it his skills make him top man in the state if not top 10 in the country.

If having it on his "record" is even half as advantageous as i have shown he will not try to get it overturned.
it doesnt make tactical or pr sense ...

along with there has been no sign even remotely of him thinking much less suggesting this.

If you're not already a politician in America, why aren't you

If it weren’t for government trying to take our rights away I wouldn’t be political. I have too great of a life and family to spend time dealing with politics. Sadly, I need to stay active to oppose the globalist agenda and anti-American assholes in Congress.

Voting has become an act of self-defense.

posted on Jan, 21 2020 @ 01:20 AM
link
If it were me Id not have it wiped... Id go along with Pelosi : impeachment is forever. Yep.. Id wear it like a badge on my girl scout sash. Every time I saw pelosi Id point at it and say : you know. Meaning you know I won, you loony wackadoodle. The impeachment was a joke badge would be right below the drain the swamp badge.. and hopefully a term limit badge is there too.

If you're not already a politician in America, why aren't you

If it weren’t for government trying to take our rights away I wouldn’t be political. I have too great of a life and family to spend time dealing with politics. Sadly, I need to stay active to oppose the globalist agenda and anti-American assholes in Congress.

Voting has become an act of self-defense.


You would have a point if I were actually pro government which I'm not, perhaps you should pay attention to who exactly your enemies are.

A lot of people have egos Trump has a EGO. Like I said I think he take’s this as a personal insult . On top of that when have you known him not to hit back ?

I think it all comes down to the validity of my position. If my theory is sound I think there’s a chance .

And it would have immense tactical value for Trump style .

Why do you think Trump goes out of his way to keep the left angry ?

When people are angry they make mistakes . When they do you capitalize on them.

The rushed impeachment is a perfect example .

It works better when you play dumb because they don’t see you as a threat .

Trumps has already talked about going to the Supreme Court over the impeachment process last year.

The MSM had a blast with it calling him stupid citing Nixon versus the United States as proof .

I doubt he would’ve brought up the supreme court without advice .

But they’re mad and convinced he’s stupid so they swallowed the bait.

“ good things happen to those who wait on stupid “

All your citations addresses the possibility of a SCOTUS review if the SENATE somehow abuses it's power and wrongfully convicts a president. But, you're sure the SENATE will acquit.

Trump is impeached by The House of Representatives.


What it addresses is abuse of the impeachment process by Congress.

Congress is made up of the Senate and the House of Representatives.

Hope that helped but I doubt it will.

To the OP, interesting food for thought!

I can totally see Trump pursuing the angle you presented as our Troller in Chief.

originally posted by: scrounger
a reply to: Fallingdown
I gave you a star because your OP is an interesting intellectual discussion/topic.

it is worth looking at and IF it were done the democrats fits would make everything done so far taken as a whole look like a letter to the editor in a HS paper.

as the last two impeachment (I dont count nixon because he resigned before anything could become of it) show there is no shame in being "impeached" if you aint removed from office.

in reality it would be a PR BOOM to trump (and anyone who supports him) and a nightmare to democrats (not just the liberals since ALL FLAVORS of democrats with few exceptions supported this) .

why would he (except for the shlits and giggles of them exploding) waste precious time he has that is needed for more wins for the US citizens .


Trumps ego is larger than all of the DC.

Richard Milhouse Nixon resigned his stigma was there to last .

What and probably shrugged it off the politics .

But because of trumps enormous ego and the way they’ve attacked him for three years .

He’s going to take it as a personal insult .

Plus I included this then edited it out twice .

If Trump did appeal it what would be the best timing ?

Immediately and get his name cleared before the general election . Which would piss the left off .

Wait till after the election appeal and win . Which would doubly enrage the left . ( yes they can get madder)

Or file a motion asking for an extension until his presidency is over. For the good of the country .

I would sure as hell like to see number three . He could protest the impeachment and look like a unifier while doing it .
I wonder how the media would cover that ?

But my man Trump is the Commander and troll. He would probably pick number two . 😝

posted on Jan, 21 2020 @ 02:45 AM
link
For the Clinton impeachment, Justice Rehnquist did something that was very different from the other two prior presidential impeachments. He specifically stated and made it known that the members of the Senate were not "jurors", as they inherently had a bias, and could not possibly put aside their bias in their vote.

This actually lines up quite well with what you are saying, and I could see Roberts aligning quite close to that. It does certainly open up the question of inherent bias among Senators due to their elected and political nature, and will certainly be interesting to see how it plays out.

My guess however would be Roberts says he can't write an opinion due to being a part of the previous process, then the decision among the rest of the Justices would be split. This would mean that the ruling of the previous court would stand as is, and that would be the Senate;s ruling. I can certainly be wrong on this matter however, and Roberts could write an opinion, especially due to him being a political football so to speak by the media.

The temptation for Roberts to clear his name and have his opinion clearly heard could over take his need to remain a neutral justice. However either way if the Senate doesn't bring charges, it is a political win for Trump, though would be more so if in addition acquittal was given.

The term juror is certainly ambiguous anywhere in politics because it would imply neutrality .

I don’t think we’re on the same page with Roberts though .

He’s not rendering any judgment and if this case went to the supreme court. They would undoubtably have to go every word of the impeachment trial transcript .

Robert’s was just there watching for the most part .

He got the audiobook . 😆

I think it's because he seems always angry and carries a club. But then, you're talking USA.

I love clubs, especially the RSL.


Because it's better to be a pussy and have a government like Sweden or Germany that lets its' own CITIZENS getting raped and MURDERED by migrants ?

Ego or not, Trump should pass this on to SCOTUS. If only to ensure that Congress will not pursue impeachment charges against another so flippantly because they do not like a person or disagree with his elected policy stances.

It does need to be Constitutionally solidified and Trump's impeachment Acquittal in the Senate would be the perfect case for review.

On when would be a good time? He should wait until after the elections. Even if for some reason he does not win, he still could take such a case to SCOTUS. The Dems would go ballistic if he pulled this card after 1-2 more conservative constitutional judges were placed by Trump.


Edit add: Roberts will be asking the questions for the Senators, he will be their mouthpiece since as jurors they are not allowed to directly ask questions of the witnesses.
edit on 1 21 2020 by CynConcepts because: (no reason given)

That would be a double whammy .

Didn’t know that about Roberts.

I haven’t turn the boob tube on once to follow the proceedings .

Thanks for that tidbit .

originally posted by: CynConcepts
a reply to: Fallingdown

Ego or not, Trump should pass this on to SCOTUS. If only to ensure that Congress will not pursue impeachment charges against another so flippantly because they do not like a person or disagree with his elected policy stances.


Thank you! Wanted to say the same thing. If this farce isn't overturned by the SCOTUS then it's guaranteed more politically motivated impeachment stunts will occur. Needs to get overturned by SCOTUS now, so the thick headed Democrats don't start in on their next impeachment sham.


Ego or not, Trump should pass this on to SCOTUS. If only to ensure that Congress will not pursue impeachment charges against another so flippantly because they do not like a person or disagree with his elected policy stances. 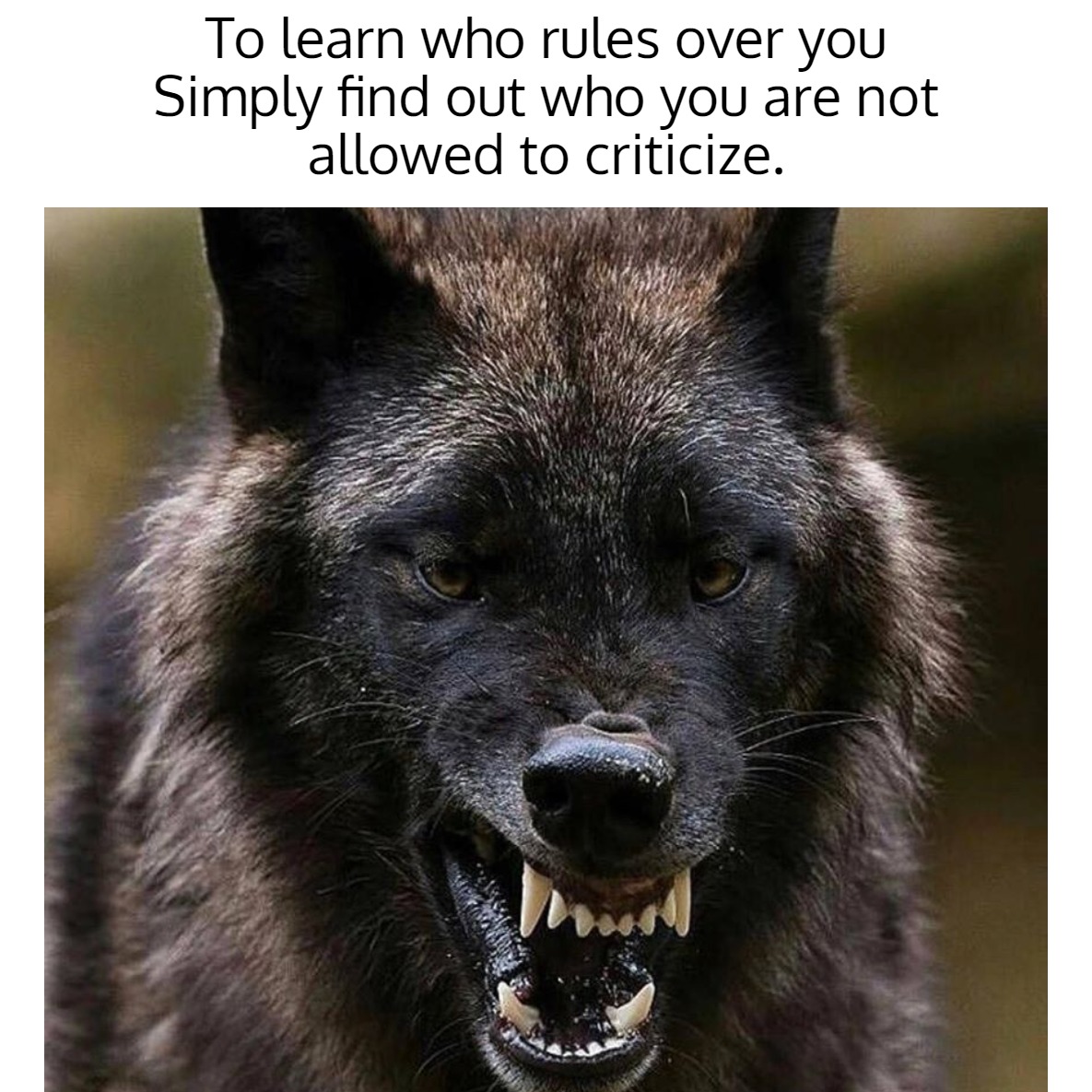 McConnell's organizing resolution puts off the question of witnesses until after the two sides present their opening arguments and there are 16 hours of questions for senators, which they will ask through Supreme Court Chief Justice John Roberts, who is presiding over the trial.

Regardless if he will. I do not think he should.

I think it is far more damning for partisans to have this on the books than to have it struck from the record.


I agree. This entire impeachment debacle has been far more damaging for democrats and leftists. Why do anything nice for them and take it off the books!

posted on Jan, 21 2020 @ 10:22 AM
link
Expunge and remove from all records, should be the goal to protect the Democrats from history judging them according to the FACTS that they engaged in a purely evil-minded intent, which they did prosecute.

originally posted by: mikell
I believe this is only the first round and it will continue as long as they control the house.

They have as much as admitted/threatened so.

originally posted by: tkwasny
Expunge and remove from all records, should be the goal to protect the Democrats from history judging them according to the FACTS that they engaged in a purely evil-minded intent, which they did prosecute.

Your right....! but we needn't worry, they have earned that badge and will never live it down. It's "Hugely"