posted on Jan, 16 2020 @ 04:41 PM
link
The government accountability office has chimed in at the 11th hour of the impeachment process. With another soaking gun.

The issue at hand is the claim that the Trump administration broke the law by withholding military aid to Ukraine. Which violated The impoundment control act of 1974. That places limits on the president’s power to spend or withhold congressional funding.

The act originally was a push to strengthen the separation of powers granted in the constitution. It’s catalyst was a domestic case from New York . “Train vs New York” over Nixon’s withholding of funding. The suit was granted.

The long-standing law has been holding in effect on the domestic budgetary process since it’s inception.

I found this study from Yale that shortens my explanation considerably. (Bet you’re glad) lol

J.L. & PUB. POL'Y 131 (1982) (arguing that, under certain circumstances, President may impound appropriations for foreign relations). Several commentators and Presidents have argued that there is a constitutional exception to the Principle ofAppropriation Expenditure in the area of foreign relations. This exception is said to derive from the Commander-in-Chief clause, U.S. CONST. art. 2, § 2, and the President's broad authority in overseeing foreign affairs. Courts have not yet addressed this issue.
In addition, there may be other areas where the President has an inherent Article II power to reduce expenditures. For example, the President arguably may choose to spend less than the full amount appropriat- ed for White House staff. Or the President could theoretically reduce court and prison expenditures by a widespread exercise of his pardon power. Neither of these issues apprear to have been litigated.

Of coarse Obama did it too when withholding aid to African nations for his MAGA (Make Africa Gay Again) crusade.

His choice left blood on our hands.

Anything a democrat and a republican of. They’ve already done.

One year ago yesterday, the world was shocked by the horrific kidnapping of 276 schoolgirls in Nigeria by the ISIS-linked terrorist group Boko Haram. However, rather than help Nigeria fight this threat, the Obama administration has denied military aid and intelligence, and enacted economic and political sanctions against Nigeria.
According to military, political, and religious leaders in Nigeria -- corroborated by a U.S. congressman and the actions of the Obama administration itself -- America’s inaction stems from opposition to Nigeria’s 2014 “Same Sex Marriage Prohibition Act.”
Nigeria’s Catholic bishops have perhaps been the most vocal about this shameful episode in U.S. foreign policy.

Army Col. Steve Warren has corroborated Stockman’s assertion. Warren told military.com in May 2014 that the US would not share intelligence to find the kidnapped girls with President Goodluck Jonathan’s government.

In September 2014, Nigerian newspaper THISDAY spoke with a Nigerian official who revealed that not only had the U.S. refused to sell the Nigerian military specialized helicopters to deal with Boko Haram, but the U.S. also blocked the sale of helicopters to Nigeria from Israel.

Obamas agenda was gay rights . It resulted in kidnapping, slavery and rape of young women .

Trumps agenda was fighting crime. It resulted in a Impeachment attempt .

Yet we’re are the bad guys ?

Another instance of withholding funding is the Mexico City policy that has been bated back-and-forth like a tennis ball.

Back towards the top. There’s a reason presidential authority hasn’t been challenged under the empowerment control act 1974.

It’s called article 2 section 2 of the constitution and the Supreme Court decision United States v. Curtiss-Wright Export Corp. That spelled it out.

The Court reasoned that the federal government could not exceed its enumerated powers regarding internal issues but had a much broader scope of discretion in foreign affairs. Because "the President alone has the power to speak or listen as a representative of the nation," Congress may provide the President with a special degree of discretion in external matters which would not be afforded domestically. Roosevelt thus had the discretion to determine what impact a certain policy might have on foreign affairs and make decisions accordingly, even had Congress not authorized him.


The sum of my opinion. This so-called violation of the toothless IOC. It’s just another ploy started by two Democrats three days after trumps telephone conversation was released.

Presidential authority over foreign assistant hasn’t been challenged once since 1974 because the outcome is known.

To throw this out at the 11th hour weeks of democrat desperation in appeals to the stupidity of their constituents. I doubt any of them are looking this up. If I go to Twitter there more than likely to be declaring it the final nail in the coffin.

Big traps are waiting to be sprung !!! 🤣 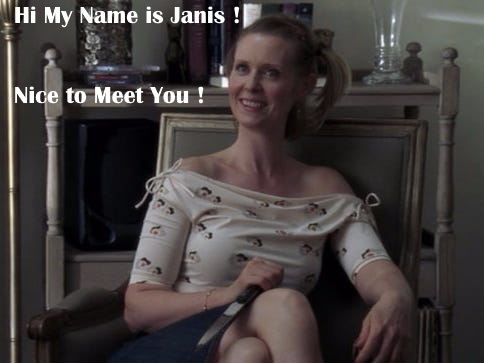 Based on the title, I thought this was about the Gun Owners of America and was entering the thread to issue a loud "WTF are they doing?"

The GAO claims non-partisanship, but that's not entirely accurate. The comptroller who runs the show is chosen by the president from a list of candidates prepared by a Congressional panel and confirmed by the Senate to serve a 15 year term. The current comptroller was nominated to the position in 2010 when the Dems had total control of the House, Senate, and presidency... meaning the position is NOT "non-partisan" by any definition and is absolutely open to the potential for partisan manipulation of information.