A newly published study has described the successful results in mice of a novel vaccine designed to prevent neurodegeneration associated with Alzheimer’s disease. The researchers suggest this "dementia vaccine" is now ready for human trials, and if successful could become the “breakthrough of the next decade.” 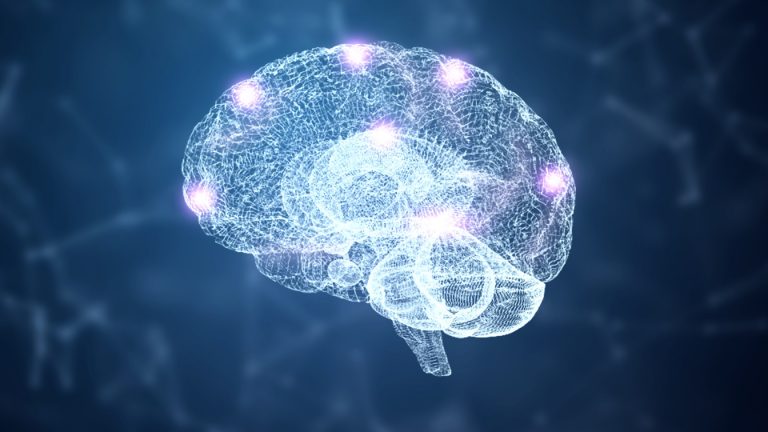 This is great news if it does what it says on the tin given our aging respective first world populations.

Whilst not a cure its at least a preventative measure if it works in Humans that is.

Alzheimer’s and Dementia is a cruel way to go, i lost my wee granny to the disease a few years back, made it to 91 all the same.

We can only hope vaccines such as this can actually offer a modicum of protection where future generations are concerned.
edit on 3-1-2020 by andy06shake because: Crap Spelling. LoL

It's bad enough that you vaxxers want to vaccinate our children with poisons and give them autism. Now you're after our elderly too?!

Seriously, I hope they do find a way to prevent this debilitating and tragic disease. I lost one grandparent to it.

Sure is buddy, they have their good days all the same.

It just goes to show how tenuous a grip we have on reality and how easily said grip can slip away.

Fingers and toes crossed on this one.

If only it was that easy tanstaafl there would be no issue nor problems associated with the disease.

Not that i don't agree with the sugar intake all the same, but considering it's in just about everything its no exactly realistic prospect to consider.

It's not all that.

The grandmother I lost to is was arguably the healthiest of the bunch. Not overweight. Not long-term health conditions. Cooked her stuff from scratch, the old-fashioned way every day ... No highly processed crap, no excessive sugar, etc., they were adhering to my grandfather's heart diet because he had a pacemaker.

She was the one taken by Alzhiemer's.

My wee granny was never lazy in her life.

She got dementia down to osteoporosis and it was apparently vascular by nature.

You cant cure entropy nerbot, stupid has nothing to do with it.

I imagine with comments like that nerbot better hope they at least make some progress in the field.

originally posted by: tanstaafl
a reply to: andy06shake
A vaccine? For a degenerati8ve disease caused by the SAD?


Personally i’d take the big scary needle over this malnutrition for mental health scheme you’ve got here.
edit on 312020 by Ohanka because: (no reason given)

Intermittant isn't bad. I basically fell into that lifestyle. Once you get past the first few days, if you're like me, your body gets used to when it gets fed and you don't feel hungry outside the eating window of 8 hours. Plus, if you're doing it right and eating the nutrient dense foods, you're not running out of fuel.

posted on Jan, 3 2020 @ 02:44 PM
link
Both my mother and her mother (my grandma) both succumbed to this disease. My Gran had it from point of diagnosis for about 10 years before she died at 99. My mother (from diagnosis) had it for a couple of years less, she died aged 92.
I'm the next eldest female so of course it is a concern to me. Having said that, if I do get it, I want to quietly like my grandmother....she just forgot to wake up. My mother on the other hand had a respiratory infection, that was horrid.

Given my eldest is also female, I can't help but worry for her.....and my other 2 children.
However, over the years since my early 20's I was already interested and learning about heavy metals, toxins etc. I soon stopped using deodorant because of its aluminium content. (Bet my uncle in-law didn't like that as he was Personel Director at one of Rio Tinto's plants ) I then soon realised my mum had a family size, aluminium cooker top pan and steamer combo. I started asking her to stop using it. The earliest recollection I have of that pan was just before my teens and I left home for Uni when I was 18. My grandmother had exactly the same pan.

As to this vaccine. I believe there is a test now available to detect if you could be susceptible to the disease so early treatment etc can be taken. I am on the fence with a vaccine. The latest stats say that by 2030 (in UK) the majority of the population will be living past 100! Our current infrastructure for elderly care is already woefully inadequate.

So would I take the vaccine.....I think I'll see if I can take the screening test first.

posted on Jan, 3 2020 @ 02:56 PM
link
My father is currently suffering from this disease, as did my grandfather. It's horrible and unfair. He was a computer programmer. For those of you making #ing idiotic comments, I pray you remain stupid about this disease, as it's hell on the family and I'd not want you to find out how bad it really it.

With the retirement age possibly rising to 75, and the NHS on its arse, i don't see many old souls ever being able to draw their pension nevermind make 100, to be honest.

The average life expectancy in the UK right now is around 80 for Men and 82 for Woman, and a hell of a lot lower in a lot of areas.

The majority of the population living past 100 by 2030 is wishful thinking, to say the least.

Here is hoping all the same.

I'm all in on this vaccine if it makes it past trials.

I've been trying to do preventative maintenance and keep an eye on things since my genealogy doesn't fair well later in life.

How's the shoulder doing BTW? Hope your healing is coming along. Make sure to power through that physical therapy if they prescribed it.

I wish karma was real.

Sadly I've seen to many good people fall ill to believe it's real.

Anyone who's seen a loved one deteriorate in front of their eyes is no stranger to pain. Even with your messed up comment, I hope you never have to go through that. It can make the mind incredibly dark.