Many FAKE news stories are being circulated among all the USA MSM major players today including Time, NY Times and other lesser known's such as CNET. CNET? A story has been planted by the MSM suggesting that a video of him in New Hampshire has been altered in which it depicts him saying racist comments? MSM implores you to NOT watch it or share it. Why is CNET even commenting? They review stereos and televisions and refrigerators. So here comes Queenie Wong of CNET! That's when my bunny ears popped up.

CNET (stylized as c|net), formerly Computer Network, is an American media website that publishes reviews, news, articles, blogs, podcasts and videos on technology and consumer electronics globally. Founded in 1994 by Halsey Minor and Shelby Bonnie, it was the flagship brand of CNET Networks and became a brand of CBS Interactive through CNET Networks' acquisition in 2008.[3][4][5][6] CNET originally produced content for radio and television in addition to its website and now uses new media distribution methods through its Internet television network, CNET Video, and its podcast and blog networks.

Because that's NOT the real story.

Well I could not find the video easily as they all want you to NOT share it or even watch it. So its really hard to find. So when I found one I watched it for about two minutes from the start. In my opine the racist stuff is all junk. I am not against uncle Joe but what was alarming to me is that hes "gassed". As in OUT of energy, stamina, staying power, MOJO as in Austin Powers stuff. Whatever. I was alarmed. So put him in the wrestling ring with "Fat Bastard" Trump and Trump give him a WWE type of smackdown such than he has ever had before. Uncle Joe to me looked like Hillary Clinton when they tossed her like a fish into the back of a SUV when she apparently collapsed. Yes, its tough out there.

Well watch for yourself. To me its seems that he is out of energy. Tired, worn down and simply gassed.

A selectively edited video of Democratic presidential candidate Joe Biden that falsely suggests he's making racist remarks went viral on Twitter this week, highlighting another big challenge for social media companies ahead of the 2020 US elections. The US intelligence community and lawmakers have raised concerns about manipulated videos and "deepfakes," a technique that uses AI to create videos of people doing or saying something they didn't. The Biden video isn't a deepfake, but it shows how easy it is to mislead others about what what someone is saying. It's also another reminder that social media users should be wary about content they swiftly share with a push of a button.

Here's another comment from Queenie. I wonder what video she's referring to ?


So what say you?

Plus if you have the real evidence so as to "trump" my thread please attach same as I can read all that "racist" stuff as I have heard it my entire life and it really doesn't bother me. No my ancestors aren't Dutch, but somewhat linked to Poland.

Back in October...Biden confused Julian Castro with Henry Cisneros...and the Hispanic community with the African-American community.

I wonder if Joe and wife; Dr. Jill Biden share an exercise routine.

So your montra; "HIGH-FUNCTIONING SOCIOPATH". Now that's hilarious
edit on 3-1-2020 by Waterglass because: added

Maybe he just keeps challenging is wife to push up contests.

Thats what I was thinking. Both my wife and I were blonde. Same for Joe and Jill.
edit on 3-1-2020 by Waterglass because: typos

Well, old Joe is not alone in the racist department. Not sure of the history of this one but the fact that I found it kinda says something: 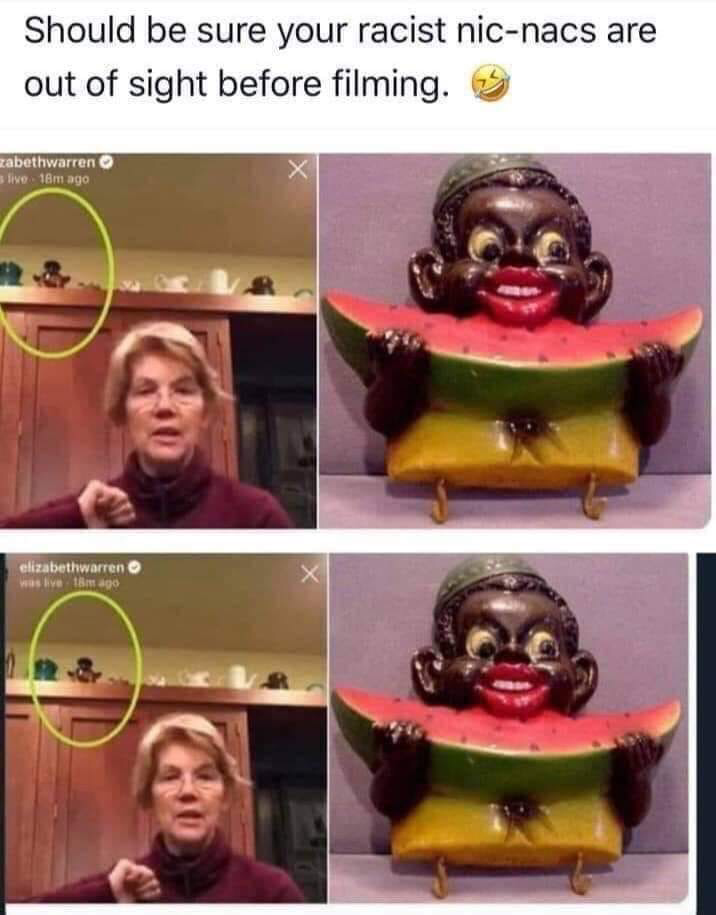 "I guess it's a little like that here in New Hampshire, too."

Shes really off the deep end. Her and Bernie should make a movie about and with maple syrup.

What are you implying? That no one that young with that haircut ever used those words in that order in an sentence before that kid? Outrageous, sir! I challenge you to a duel of honor. You may now declare your second!

originally posted by: blueman12
Just what ATS needs, another joe is tired thread..

Biden looked vibrant around the 1hr 49min mark, when hugging the kids after the town hall had concluded.

I’ll leave it as a maybe since the repudiated sources are Snopes and her own website. Neither are great sources. My own big question would be why put a wall mounted wooden spoon hook on top of a cabinet for seeding doubt to the picture/meme.

As for the piece that it is identified as...they were a thing unfortunately. And she is of an appropriate age to have purchased one or had it passed down to her. Which is exactly why I leave it as a maybe. Keep in mind, she wasn’t always a Democrat either. That didn’t come until after she was a professor.

posted on Jan, 3 2020 @ 10:50 AM
link
Well if he gets the nomination it looks like it’ll be a choice between two flavors of senile, incompetent old men.

So pretty much a regular election.


I'm far from a fan of Liz but I thought that correlation in the image above was far fetched. She really doesn't need any help destroying herself.

His energy level is down, I do not even know why he wants to run for president. He should just spend the time he has left with his family, smelling young girls hair.

I wouldn't say he's mentally incompetent
but he's not suitable for the POTUS position.

He had to fabricate his educational history and dropped out of his 1988 presidential run because he was a plagiarist.

That vase is obviously not the same as the raciest doll.

That is a vase on warrens shelf.

There's not even any red on it.....
The top is shaped different than the head of the doll.
The vase if it were a doll would have a viable neck. The raciest figure shows no neck.

If you dig into the q threads you will find pictures of that actual vase that was found on ebay.